Mr. MacDonell, chief executive officer of Acaveo Inc. and Avaleris Inc., has successfully navigated several software and IT services companies through the years of irrational exuberance and its protracted fallout, not to mention a global recession. All without venture capital and outside financing. 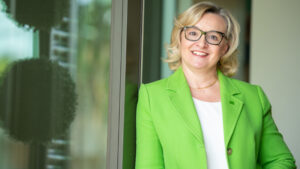 Inspiring the next generation of women’s mental health allies

For Tara-Lynn Hughes, senior vice-president of retail banking at TD, the annual Run for Women is a family affair. 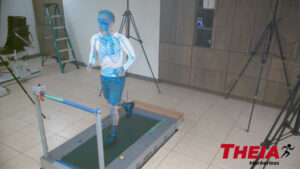 The right advice at the right time, to capture a global market

Along the way, he has engineered successful exit strategies by selling businesses to Microsoft and MTS before starting two other companies, one of which is growing by 30-40 per cent per year.

Mr. MacDonell’s philosophy for building successful companies is remarkably straightforward, but by no means simple. And if it doesn’t make for a typical startup story, it’s by design.

“We’re not the guys in the basement with a great idea and little else,” he said. “It’s just not us.”

His philosophy for building a company was partly influenced by time spent early in his career with Nortel Networks, IBM and SDL. An engineer by training, Mr. MacDonell said he saw enough good practices to realize that he could build a business. That was followed by an MBA at McMaster University and a new career as a company builder.

Mr. MacDonell’s plan doesn’t start with a product in a basement, but a solid management team.

In one instance, he recalls hiring a chief technology officer for a company without a product.

When his colleague asked him about the product, Mr. MacDonell recalls telling him: “We have no idea.”

At that point, Mr. MacDonell told his CTO to create a product that would form the basis of a company. The result was the creation of Alacris, a company that was bought by Microsoft in 2005, amid competition from several other suitors.

Mr. MacDonell’s first startup was The Exocom Group, an IT services provider that grew to have 200 employees in Ottawa, Toronto, Calgary and Halifax. That company was purchased by MTS in 2001.

The common element between Alacris and Exocom was the way they were formed.

“There was a concentration on hiring quality people and building a company from the bottom up,” Mr. MacDonell said. “(We took) a lot of time rounding out the management team.”

Since each company was founded without outside financing, Mr. MacDonell said each was allowed to “evolve in its natural lifecycle.”

“In some ways, it’s really not that difficult,” he said.

That doesn’t mean his companies are slow off the mark. In the case of Alacris, the company’s certificate management and identity assurance software was perfectly positioned when the U.S. government implemented new security measures for public servants, which required a specific type of software that was Alacris’ specialty.

More recently, Mr. MacDonell’s software company Avaleris, a gold-certified Microsoft partner, has been showing 30-40-per-cent growth, while Acaveo is about to emerge with its product after more than two years of work.

So far, neither company has sought outside financing. Mr. MacDonell is pragmatic about financing like venture capital, and he is aware of the pros and cons of such a move. He said he is keeping an open mind about the option with Acaveo, if his team decides it’s the right choice.

This prudent approach to building a company might have seemed odd when venture capitalists were hunting for deals during the tech boom. But MacDonell’s approach may just become the new normal.

“We see an increase in lean startups, using funding from family and savings to sustain their startups instead of seeking traditional funding,” said Victoria Lennox, chief executive officer of Startup Canada. “They’re managing their startups very lean in terms of team members and running it on a part-time basis until revenue is generated. Many startups are sticking with a business model behind their idea, which can help propel them without the need for outside funding.”