This article has been corrected to note that CLV Group is partnering with Trinity Developments on its proposed Gladstone Avenue project. The name of CLV’s sister firm was mistakenly used by the principal proponent during an interview on Wednesday.

The consortium of developers behind the trio of highrises proposed for 900 Albert St. is now planning to build three more mixed-use towers just a couple of blocks to the south, the tallest of which would soar 40 storeys.

Trinity Development Group said Wednesday it plans to build a one-million-square-foot mix of office, retail and residential space on the northeast corner of Gladstone and Loretta avenues, just a few steps from the proposed Gladstone LRT station on the Trillium line. A pedestrian bridge would connect the station, slated to built by 2021 as part of phase two of the LRT, to the new complex.

The proposal calls for three highrises of 40, 35 and 30 storeys that would include 921 residential units along with more than 140,000 square feet of office space and a bit more than 30,000 square feet of retail, which would be located on the ground floor. An underground lot would contain 548 parking spaces.

Trinity is partnering on the project with CLV Group and PBC Real Estate Advisors. Trinity is also teaming up with PBC and CLV’s sister company, InterRent REIT, to build a massive $750-million mixed-use development just to the north at 900 Albert St., near Bayview Station at the intersection of the Trillium and Confederation light-rail lines. City council has already given the green light to that project, which would feature three towers of 65, 56 and 27 storeys containing more than 1,200 apartment units. 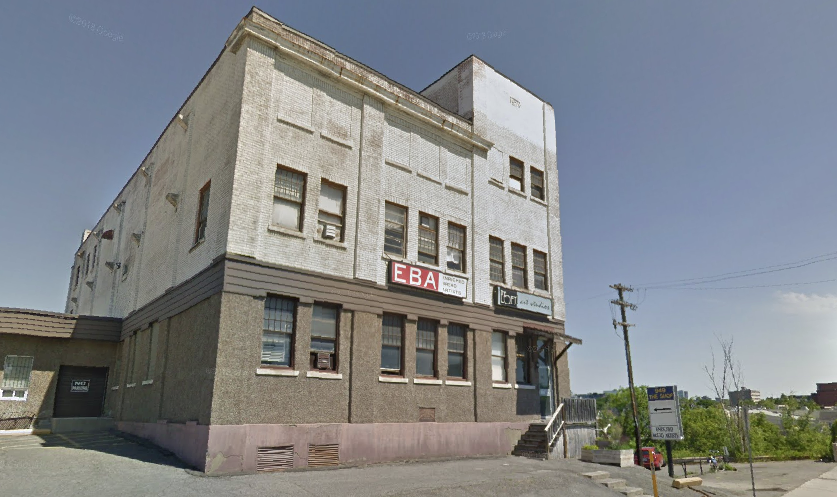 Trinity would not divulge the price tag of the latest proposal.

Mathew Laing, the firm’s senior vice-president of development and planning, said the developers haven’t decided whether the residential units would be rental apartments or condos. He said the builders chose the site because of its close proximity to the intersection of the two LRT lines, adding they aren’t worried about an oversaturation of housing in the neighbourhood.

“Everything is market-driven, and we heard today that the Ottawa market’s doing very well,” said Laing, who announced the project during the annual Ottawa Economic Outlook event at the Shaw Centre. “We’re looking forward to that continuing.”

A heritage building currently occupies the site at 951 Gladstone Ave., with a small retail strip mall beside it. The heritage structure was built in 1924 as a bread factory and is now home to the Enriched Bread Artists collective. The area is zoned for general industrial use with a building height limit of 11 metres.

While initial renderings of the proposal show the heritage building remaining virtually intact, Laing said the developers won’t know exactly how much of the structure will be preserved until after they consult with city staff and the public.

The builders filed a development application with the city on Friday. Laing said there is no timetable for when planning committee will consider the proposal.