The majority of Canadians report they'd prefer to die at home, rather in hospital, but just 15% manage to do so

A local nonprofit organization that’s doing what it can to help terminally ill patients spend their final days in the privacy and comfort of their own homes has just launched a new fundraiser that, ironically, is all about getting people out of their houses.

OutCare OutDoors is a new four-day event that’s keeping the public active and exercising while also raising money for the OutCare Foundation.

The fundraiser officially runs during the province’s Family Day long weekend, from Feb. 12 to 15. However, supporters can get an early start, or make a donation, said OutCare Foundation board treasurer Christine Irvine, who also chairs the fundraising committee. 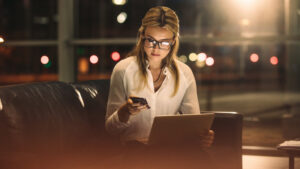 Clearing the air on Ontario’s ‘disconnecting from work’ policies

As the June 2  deadline for employers in Ontario to have a policy on how employees can disconnect from work quickly approaches, lawyers like Céline Delorme of Ottawa’s Emond Harnden 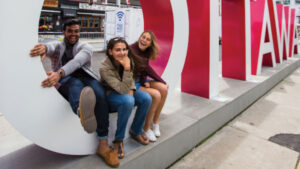 Hire Local Ottawa: The solution to your company’s talent shortage

Ask any business owner what their biggest hurdle is to scaling up and they will likely give you the same answer: Talent.  Attracting and retaining top-tier employees has long been

“We, like everyone else, have been trying to rethink fundraising during COVID,” she explained. “With so many people cooped up, we want to promote getting outside for mental and physical health.”

The organization was interested in holding its OutCare OutDoors event this past fall but, ultimately, pushed the plans until winter to dissuade people from burrowing into their beds and hibernating. The group is encouraging participants to go skiing, skating, snowshoeing, sledding, fat biking, snow-fort building – anything that gets them out in the fresh air and staying active while maintaining a safe social distance.

Normally, the OutCare Foundation holds a few traditional fundraisers each year, including its BlackTie Bingo dinner in the fall and summer golf tournament. They bring in upwards of $70,000 each. Having to cancel those events in 2020 made things “really challenging, really challenging for us,” said Irvine.

Organizers have kept their fundraising goal conservative with a $20,000 target. That’s consistent with the funds they’ve raised through their online and virtual events during the coronavirus pandemic.

“We have to do small bites,” explained Linda McCallum, board chair and a local realtor with Royal LePage Team Realty. “All the charities need money right now.” 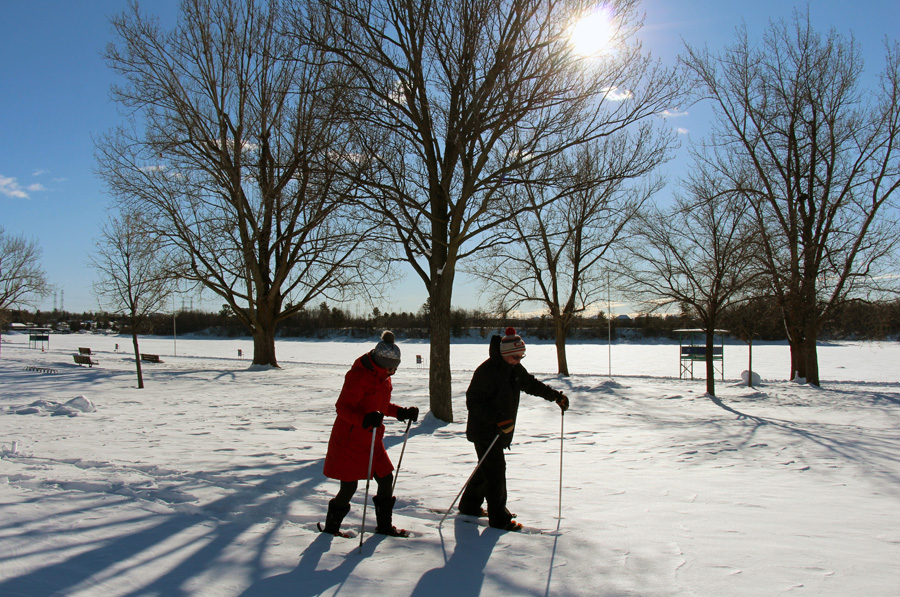 The OutCare Foundation has been supporting patients and their families for more than 20 years by raising funds and providing grants to hospices and their day programs across Eastern Ontario.

The organization currently has one employee, program manager Jennifer Cass. She handles the day-to-day operations of running the OutCare Foundation and is “an invaluable link to our supporters and hospices,” said McCallum.

The 11-member board decided last February that it wanted to do more to help terminally ill patients who wish to die at home, recognizing that this option can ease the burden on the healthcare system and provide patients with a death that’s less traumatic for them and their loved ones. The organization is raising funds to support home-based palliative care programs provided by hospices in the region.

“I don’t think we’re doing anybody any favours by shielding people from death.”

The board of directors includes Dr. Ian Warrack, a retired physician with extensive experience in community-based palliative care.

“We have become absolutely united in our action, we are united in the cause,” said McCallum.

Three-quarters of Canadians say they want to die in their homes, yet only 15 per cent manage to do so, according to a 2018 report by the Canadian Institute for Health Information.

Terminally ill people need to talk more openly with loved ones about the subject of death and how they want to die, said McCallum.

“I don’t think we’re doing anybody any favours by shielding people from death. I think we need to be able to celebrate a person’s life and spend time with them while they’re alive rather than mourn them when they’re gone.”

McCallum became passionate about end-of-life care after, at age 39, she lost her first husband, her mother and her best friend to terminal illnesses. Her mother, who lived longer than expected with lung cancer, travelled back to her childhood home in Scotland to pass away in the very same bed in which she’d been born.

“It’s exactly how she wanted to go,” said McCallum, a grandmother of six. “God bless the stubborn old broad.”

‘Get the word out’

McCallum laments never getting to say goodbye to her friend and fellow realtor Barry Martin, who passed away in Ottawa last June. The cancer survivor was taken to hospital in late February, only to learn that his disease had spread to his brain. Martin remained in hospital.

“He was never going home. COVID hit. We couldn’t see him. He was greatly loved by so many people. To not be able to be there was really, really difficult because we’d been there with him for decades, every day of our lives.”

Martin spent his final days in palliative care at Bruyère before slipping into a coma and dying.