Don’t forget: The BOBS are fast approaching, time to get your tickets

The annual Best Ottawa Business Awards will be held Thursday, Nov. 24 at the Westin Ottawa. This year’s awards honour business people in several categories, as determined by the Ottawa Board of Trade and Ottawa Business Journal.

Kyle Braatz will be recognized as CEO of the Year. Over the past 11 years, the co-founder and chief executive of Ottawa-based online health-care firm Fullscript has taken the company from an idea he and business partners Brad Dyment and Chris Wise hashed out in his living room, to a multinational enterprise that provides nutritional supplements and other natural health-care products as well as treatment plans to more than five million patients.

Recent accomplishments saw Fullscript raise US$240 million in equity capital – the biggest such funding haul in the nation’s capital since the dot-com boom in the early 2000s – and acquire one of its biggest competitors. 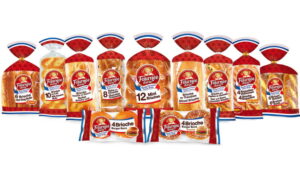 Blending businesses together is like baking bread: the timing and the chemistry have to be just right. For Alexandria, Ontario-based Lanthier Bakery and France’s La Fournée Dorée, the formula looked 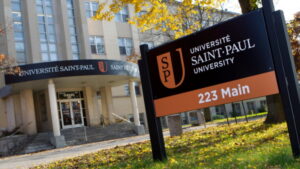 Contrary to popular belief, Saint Paul University is not solely a religious institution. For example, while students are learning to look within and beyond themselves in classes taught at the

“Pat is the ultimate entrepreneur, arriving in Ottawa in 1965 with very little money in his pocket. Through hard work, smarts, determination and a continuous growth mentality, he has built one of Ottawa’s largest private-sector entities: the Butler Automotive Group,” said Cyril Leeder, CEO of Myers Automotive Group, who nominated Butler, 85, for the award.

Butler Automotive Group consists of Leisure Days RV Group, five new car dealerships and three Harley-Davidson motorcycle dealerships, as well as Powersports Canada. While national in scope, the bulk of operations are local, with many locations in Ottawa, the Ottawa Valley and Eastern Ontario. The group employs more than 1,200 people, about 800 in the Ottawa area.

“At 85 years old, he is still active, every day, in the operations of Butler Automotive Group,” said Leeder.

Erin Crowe has been named CFO of the Year. Crowe, who rejoined the Senators as senior vice-president and chief financial officer earlier this year, is the fifth recipient of the annual award, which recognizes CFOs who maximize their company’s financial position and growth during a recent period.

“It is an honour to receive this recognition,” said Crowe, 51. “Even more than the individual accolades, I believe this reflects the achievements and strength of the entire Senators team.”

The award comes as the franchise is embarking on what could be one of the biggest city-building projects the capital has seen in generations – and Crowe is playing a top-line role in that process.

Newsmaker of the Year will go to Joe Thottungal. In May 2020, the pandemic was already wreaking havoc with Thottungal’s livelihood when fate cruelly threw another obstacle in his path. The east-end restaurant he’d owned for more than 15 years, Coconut Lagoon, was severely damaged by fire, dealing Thottungal a major blow at a time when prospects for his industry were already dim.

But instead of throwing up his hands in dismay, the 50-year-old native of India turned what could have been a career-ending setback into a symbol of hope. Thottungal quickly got to work rebuilding the business he affectionately refers to as his “baby,” officially reopening the new-look, expanded Coconut Lagoon on St. Laurent Boulevard in August to a chorus of cheers.

The evening will also recognize the following companies and organizations:

Tickets can be purchased at Ottawabot.ca/events.