Ottawa’s young Jewish professionals came together to light the menorah and get the party started at the Chanukah Ball hosted Saturday night by the Jewish Federation of Ottawa’s Emerging Generation (EG) division.

The annual social gathering, held once again at the Canadian War Museum, is geared toward the busy under-40 set. 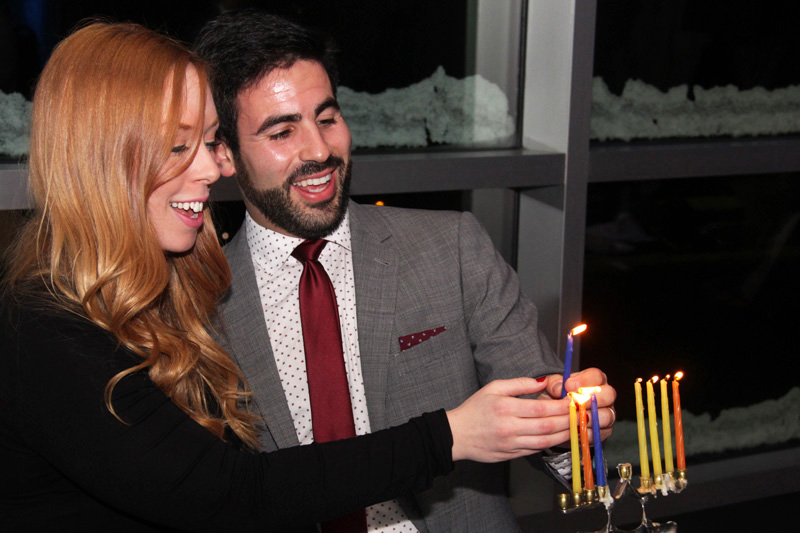 Guests could spin their partners like a dreidel on the DJ-ed dance floor or play such interactive games as the classic block-stacking Jenga. The tipsy tower did eventually come crashing down under the steady but unlucky hands of Samuel Levine, tax manager at EY. There were also prizes to be won for those smartypants who really knew their Chanukah trivia. 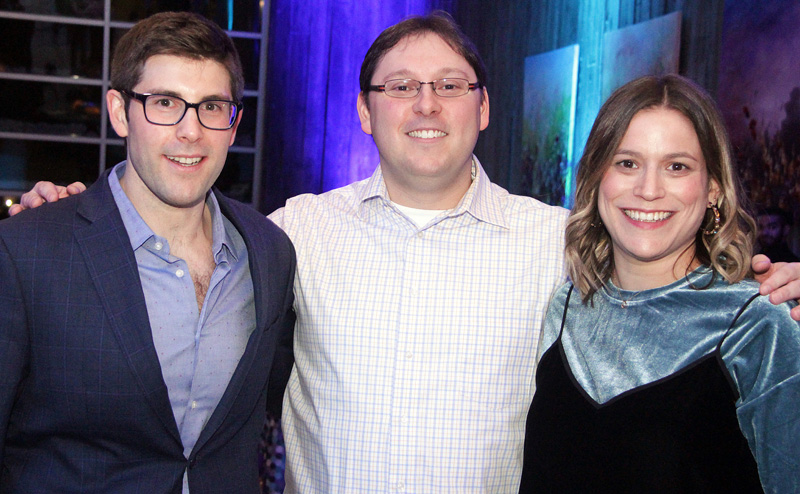 “Thank you to everyone for being here on a snowy night that really cries out for Netflix and jammies,” Jacob Polowin, a lawyer at Gowling WLG, said during his brief welcome remarks. He co-chaired the Chanukah Ball with his wife, Sarah Polowin, who works in the Senate as a policy advisor. Together, they lit the candles and led the room in some singing.

Polowin encouraged his peers to get more involved with the Federation in an effort to create a Jewish community that is “vibrant and open and welcoming to outsiders and newcomers”.

Every year, the JFO raises millions of dollars for programs run by its 20-plus partner agencies. The groups deliver educational, cultural and social services with the goal of building community, helping the vulnerable, boosting Jewish education and supporting Israel.

This year, the Federation has bumped up its annual fundraising goal from $4.5 million to $5.5 million as a result of a challenge launched by three philanthropic Ottawa families. Barbara Crook and Dan Greenberg (the Danbe Foundation), Roger Greenberg and his brother Robert, and the Stephen Greenberg family are together matching up to $500,000 in new and increased donations, dollar for dollar.

The JFO’s EG division is hoping to raise about $60,000 toward the overall campaign.

Holding the gathering during Chanukah attracts a stronger turnout, he added. “People like to come together during the holidays.”

Zev Kershman, who’s co-chairing the EG division with Jessica Greenberg, looks forward to attending the Chanukah Ball. It allows him to reconnect with old friends and acquaintances. “It brings everyone together, face to face,” said Kershman, broker of record at DigiRealty. “Otherwise, you’re wondering what’s going on in someone’s life, and you have to go on Instagram to see that they’re in this or that country.”