A previous version of this story incorrectly stated the number of newspapers involved in the transaction.

Postmedia is dramatically cutting the number of newspapers published in Ottawa as it consolidates the traditional media advertising market in the nation’s capital.

On Monday, Postmedia and Torstar said two media organizations would swap and close dozens of community and commuter newspapers, including nine in Ottawa.

The non-cash transaction will transfer ownership of 24 Torstar newspapers to Postmedia, with 17 going the other way. 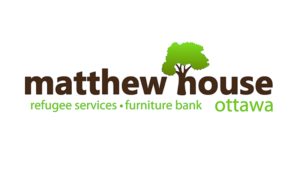 Imagine how you feel when you walk through the door to your home. Your relief and immediate comfort of belonging. That’s Matthew House Ottawa. And we have two metaphorical doors: Best Places to Work: From life-long employees to newcomers – Attain is just one big family

Even more like a family, Attain is made up of a mix of generations, from people who have worked at Attain since its inception, to those who are just starting

With the exception of two titles, Postmedia – which owns the Ottawa Citizen and Ottawa Sun – will shutter all of the remaining papers it acquired in the deal by mid-January.

“What makes this particularly difficult is that it means we will say goodbye to many dedicated newspaper people,” Postmedia CEO Paul Godfrey said in a statement. “ However, the continuing costs of producing dozens of small community newspapers in these regions in the face of significantly declining advertising revenues means that most of these operations no longer have viable business models.”

Torstar also plans to close 13 of the 17 newspapers it acquired.

The move marks the end of Torstar segment Metroland Media in the nation’s capital, an operation that generated millions of dollars annually in advertising revenue.

It’s not clear how much of those revenues Postmedia will be able to transfer to the Ottawa Citizen and Ottawa Sun, although the company did say that the transaction allows it to serve additional flyer and insert customers – a lucrative segment of print marketing – in certain markets using its existing distribution system.

A Postmedia spokesperson did not return requests for comment on how many Ottawa employees will be affected by the closures, but J-Source’s H.G. Watson reported that the national numbers of layoffs were 244 from former Torstar properties and 46 from the former Postmedia papers.

Many Ottawa residents took to social media to express their dismay at the loss of the newspapers. That included several current journalists, politicians as well as former city councillor Alex Munter, who founded the Kanata Kourier:

2/2 Personally, much of what I’ve achieved in my life traces its roots back to the things I learned after I started the Kanata Kourier. Thank you to everyone who supported a kid with a dream in 1982 and who then kept that dream alive for 35 years. pic.twitter.com/1Nf2Zxcf7m

We launched Metro Ottawa out of a hotel room back in April 2005. I was the only reporter. Worked like a maniac for two years before moving on. Crummy to hear it is shutting down.

Nationally, critics said the move is designed to reduce competition and win a bigger slice of a shrinking advertising and readership pie.

“The scale of it, I think, is stunning and will be stunning for people who live in these communities who are going to lose access to, really, their local news,” said April Lindgren, an associate professor at the Ryerson School of Journalism.

More than 200 local news sources – newspapers, online publications and others – have closed for various reasons in Canada since 2008, she said, citing data she’s helped compile for the Local News Research Project.

“What they’re doing is shutting down newspapers in their immediate environs so the circulation can be taken over and the news coverage can be expanded by their existing papers in the area,” she said.

She said Postmedia, for instance, is shutting down Torstar newspapers in the coverage area of its Ottawa Citizen and Torstar is buying and closing Postmedia products in southern Ontario that might compete with its Toronto Star.

The loss of local news titles will likely get worse, not better, as advertising dollars continue to migrate to the internet, said Mitch Diamantopoulos, an associate journalism professor in the University of Regina.

“An attempt to cut costs by eliminating competition is bad news for Canadians,” he said.

He said the closing of free daily newspapers isn’t surprising because some of them were created to block competitors, not make money. The closings suggest their publishers no longer think that’s a necessary or affordable strategy, he said.

Media union CWA Canada called on the federal government on Monday to strengthen the Competition Act to prevent such deals, which it charged are designed to eliminate competition.

Postmedia said in a release the transaction requires no regulatory approvals and is not subject to the merger notification provisions of the Competition Act.

Many of the papers transferred to and subsequently closed by Postmedia contributed revenues to Torstar’s Metroland division, the company’s sole profitable vertical.

Metroland, which included more than 100 newspapers including the Kanata Kourier-Standard and Orleans News, posted a profit of nearly $2 million in its most recent quarter. The division also includes flyer distribution and special digital properties such as homefinder.ca in its revenue streams.

However, in its own press release, Metroland noted that sector continues to face new pressures.

“The newspaper industry in Canada is facing challenging times due to declines in recent years in print advertising revenues and the fact that newspapers are now facing increased competition for digital advertising dollars from international giants such as Google and Facebook,” the company stated.

Star Media Group, which was home to the free daily Metro Ottawa as well as the flagship Toronto Star newspaper, posted a loss of $3.6 million over the same period.

The two publishers indicated that the closures were to avoid duplication, and were occurring where existing papers already served the region.

– With reporting by Craig Lord, Peter Kovessy and the Canadian Press.