The Technology Innovation Management program at Carleton University first launched what was then called the Open Source Business Resource in July 2007. 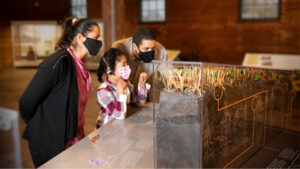 Celebrating creativity, discovery and human ingenuity is the essence of the Canada Agriculture and Food Museum, Canada Aviation and Space Museum and the Canada Science and Technology Museum. 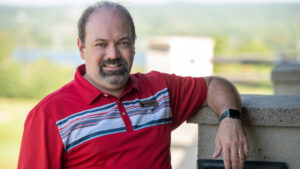 Be part of the ‘legend’ at the Camelot Golf & Country Club

Camelot Golf & Country Club celebrates 30 years with its eye fixed on the future.

“For the first 50 issues we were looking at the business of open-source and how you make money from something that is free,” says Chris McPhee, editor of the TIM Review. “As that answer became better understood, we started looking at more general innovation topics particularly entrepreneurship. Our content started shifting and we re-launched under the [TIM] brand in October of 2011.”

The TIM Review has since reached 600,000 total and 27,000 monthly unique visitors over its existence. More impressively, the audience has grown from being 95 per cent the Americas and Europe to the Americas (33 per cent), Europe (30 per cent) and Asia (25 per cent) divvying up the readership.

“A lot of tricks were recommended to us,” Mr. McPhee says, “but we actually focused on creating original, high-quality content. That’s probably why search engines have rewarded us with traffic.

“All of a sudden, we had a spike in our readership and we realized that Google had reworked their algorithm and it punished sites that were doing various [search engine optimization] tricks and rewarded ones with very original content.”

The TIM Review cooperates with various organizations, institutions and companies around the world, depending on the theme of each issue. Each issue is, as the original name implies, free and open source.

Its goal is to provide content about emerging trends in starting and growing a technology business.

“Our model is really focused around diversity. We want a diversity of authors, a diversity of perspectives and a diversity of readers. Paying to read or paying to write become barriers. To remove those barriers we have an open access model,” Mr. McPhee says.

“But that creates a challenge for us because somebody has to pay. The two main things we’re looking at right now is sponsors for particular issues and looking at other ways to monetize the content while keeping the articles free,” he says.

To that end, TIM Review is selling “Best of” Compilations in eBook form, with proceeds going to the operational costs of publishing future editions.

“We have this massive archive of over 500 articles,” Mr. McPhee says. “You can search, but you might want to know which are the best 15 [articles]. That’s kind of the role that the eBooks play.”

And what have they learned at TIM Review after hitting issue 100 in November of last year?