‘This is something we need to do’: Ottawa-Gatineau Youth Foundation to help kids experience summer camp

Aries Contracting announces plans to match, dollar-for-dollar, the next $15K in donations made to the OGYF Summer Camp Fund

Summer camp is the quintessential Canadian experience. You can always tell when a kid has just come back because, not only are they covered in friendship bracelets and tie-dye garb, they seem a little more confident and secure, as if camp is where they learned it’s actually really cool to just be yourself.

As one might expect, there’s been a surge in summer camp registration this season, along with the need for subsidy support for families who can’t afford camp costs due to the economic fallout of the COVID-19 crisis.

As a result, the Ottawa-Gatineau Youth Foundation has just announced a $250,000 commitment to help hundreds of vulnerable young people from the National Capital Region experience camp this summer.

The OGYF recognizes that children need to return to a more normal life – one filled with crafts, kayaking and kumbaya moments – after dealing with lockdowns, quarantines, virtual schooling and other restrictions. Some days are more predictable than a repeat-after-me song.

The Foundation is offering grants of up to $25,000 to registered charitable organizations with a history of delivering summer camps to youth, ages six to 16, living in the Ottawa or Outaouais region. It’s looking to support camps that promote diversity, inclusion and equality. It’s accepting applications until the end of May.

“We kind of put a stake in the ground,” OGYF president and CEO Danielle Robinson said of their goal to more help more than 1,650 kids. “This is really what we’re focused on now, at least until the end of the summer. 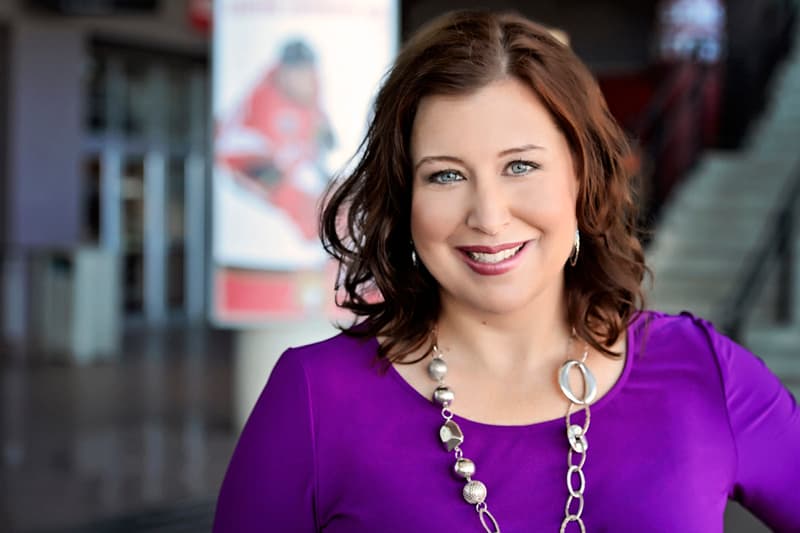 “I think it’s the one bright light when we look forward,” said Robinson. “It’s an opportunity for us to help young people in the ways that they’re telling us they need help, that their mental health is suffering, their physical health, even their social and emotional health.

“It’s an opportunity for us to help young people in the ways that they’re telling us they need help, that their mental health is suffering, their physical health, even their social and emotional health.”

“I think that this is just something we need to do.”

The OGYF has been supporting youth and charities throughout the region for more than 23 years. Formerly called the Ottawa Senators Foundation, the organization has granted more than $35 million to nearly 400 charities in eastern Ontario and western Quebec, and has a strong record of providing subsidies for children who could not otherwise afford to attend camp.

The OGYF Summer Camp Fund is being led by two of the Foundation’s board members, Kimberly Biggs, CEO of Agence Pop, a Chelsea, Que.-based online marketing firm for small and medium-sized businesses, and fellow community leader Brendan Bell, an advisor with ONELIFE Wealth Management and a former hockey player with such NHL teams as the Ottawa Senators and Toronto Maple Leafs.

Aries Contracting announced last week that it will match, dollar-for-dollar, the next $15,000 in donations, which can be made online, to the OGYF Summer Camp Fund.

“By offering a match, we hope to inspire others to give, and we encourage other businesses who can, to do the same,” stated company president Keith Kennedy in an OGYF release.

The Foundation, after parting ways with the Ottawa Senators hockey club last summer, launched under its new name and brand in late October 2020. The 13-member board, made up of a diverse group of business leaders from both Ottawa and Gatineau, is chaired by EY partner Ian Sherman.

Robinson says they’re keeping their fingers crossed that, with vaccines now ramping up, camps will be able to operate safely this summer.

“Once we get into July and August, we hope that there’s going to be a new normal and that activities like these camps can come back, because I know that our young people are just starving for them,” said Robinson.

“I think we are all – young and old – counting on this summer to really turn the page on this pandemic.”

Biggs said it’s more important than ever that kids are given an opportunity to spend time together outdoors, away from their computers and devices.

“I think this is a really positive opportunity to be able to give back to the youth by helping them go to summer camps,” said Biggs, who has two children, ages five and seven, with husband Patrick Biggs, a former Olympic slalom skier. “It’s giving them structure and mentorship possibilities. It’s getting them out of their houses, getting them outside and moving, engaging them with other kids and learning new skills.”

Bell believes the pandemic, which began nearly 14 months ago, has been particularly hard on young people. “They don’t necessarily have all the tools to deal with the struggles and difficulties that we’re all facing right now,” said the father of three: ages 10, eight and six.

“We think it’s hugely important that we give kids, who might not otherwise have access to these experiences, the opportunity,” said Bell. “There is some uncertainly about what the rules and regulations will be but we’re very, very hopeful and optimistic that, come summertime when it’s time for these camps to launch, they’ll be able to take place.”

The OGYF says it’s accepting applications from a broad range of organizations. It’s also open to supporting both day camps and overnight camps.

“We really are trying to be as inclusive as possible,” said Robinson.

A committee of OGYF youth ambassadors, staff and board members are expected to evaluate applications and make final funding decision by mid-June.