‘They were there for me’: Chris Phillips talks mentorship at Big Brothers Big Sisters of Ottawa breakfast

Really, is there anyone bigger than the Big Rig himself to serve as keynote speaker at Big Brothers Big Sisters of Ottawa’s 5th annual fundraising breakfast held this morning?

The event featured one of the Ottawa Senators’s most popular players of all time, Chris Phillips, who earned the moniker for his physical and defensive style of play.

“Since this is Big Brothers Big Sisters of Ottawa, we wanted someone big to kick off our breakfast,” BBBSO executive director Susan Ingram told the room. 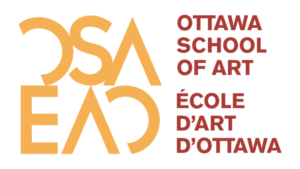 The Ottawa School of Art offers a full range of specialized art courses for adults, teens and children in drawing, painting, photography, sculpture and ceramics, printmaking, cartooning and more. We

“I’ll take that as a compliment even though I am a little bigger since I retired,” Phillips joked at the podium, prompting laughs from the crowd.

Phillips — who played his entire NHL career with the Ottawa Senators before retiring in 2016 – recently started a new executive role with the hockey club as its vice-president of operations. “I’m excited to be back with the Sens,” he told everyone.

The event, which involved more than 70 invited guests, was held at the non-profit organization’s gently used clothing boutique, Thrive Select Thrift. The retail store opened this past September, at 1547 Merivale Rd. in the Emerald Plaza. It’s a social enterprise that not only helps to support BBBSO’s programs and services, but also provides volunteer and skill-building opportunities for youth.

The many racks of clothing had been cleared away by staff the day before to create a big and beautiful space for guests to gather for breakfast. The fundraiser was presented by TD Bank Group (coincidentally, the space was formerly a TD Bank branch) and was emceed by Sam Laprade, host of An Hour to Give with Sam Laprade, on CityNews 101.1, with Little (Sister) Jemma.

While donations were still being made this afternoon, organizers were confident the breakfast had raised at least $50,000 to help BBBSO match more children on their waiting list with professionally screened volunteer adult mentors who can provide encouragement, guidance, support and friendship. The breakfast goal was $65,000.

Phillips, who’s originally from Fort McMurray in northeastern Alberta, spoke about the major role mentorship has played in his own life, beginning when he was a 15-year-old player in the junior hockey league surrounded by 20-year-old guys.

He looked up to his older teammates. “They were there for me,” said Phillips. “Whether they were protecting me on the ice or just lending their advice off of it, they had my back, which gave me the confidence to feel like I belonged.”

It was an important period in Phillips’ life; it’s when he first realized he might have a shot at playing in the NHL. “Those guys were a big part of it.”

As he continued to climb the league, he was always welcomed “with open arms” by the older players, who remembered what it was like to be in his position.

By the time Phillips was 19, he was playing in the NHL. “The veterans were like big brothers to me. They not only showed me the ropes but they picked me up and helped me through some tough times as I was trying to find myself in a league with the best players in the world.”

Phillips also learned about leadership off the ice, recalling how former Sens player Lance Pitlick insisted he attend a fundraiser for a small charity called Candlelighters, held at Local Heroes on Bank Street. Candlelighters provides practical support to children with cancer and their families. Not only did Phillips go to the benefit but he went on to become the honorary chair of the organization while his wife, Erin Phillips, chaired the board.

The former alternate captain evolved into a mentor as he got older. He recalled how former Ottawa Senators player Curtis Lazar lived with his family for his first year on the team. “It felt rewarding, personally, to help guide him and pass on what was taught to me,” said Phillips before leaving his audience laughing with a good-natured shot at himself. “It was also a very humbling experience, as our kids thought it was so awesome that a real NHL player was living in our house.”

Phillips shed light on the misconception that a mentor has to be a wise old sage found on a mountaintop somewhere. “I believe a large part of being a mentor is not necessarily a big enlightening ‘a-ha’ moment but, rather, being a good role model, showing right from wrong, being a good citizen, or just being there to listen sometimes.”

Phillips thanked the business and community leaders for supporting the breakfast. Attendees included BBBSO board chair Mark Zekulin (formerly CEO of Canopy Growth, now executive chairman of Invert), board vice chair and former city councillor Keith Egli, and their fellow board members; Algonquin Anishinabe elder Claudette Cain, who’s also chancellor of the University of Ottawa; and local singer-songwriter Tara Shannon, a long-time supporter of BBBSO. She closed out the breakfast with a musical performance.

“You are all leaders in your own right,” Phillips told the room. “I applaud you for making a difference in our community. Whether you’re a sounding board, lending advice, emotional support or financial support, we are all Big Brothers and Sisters that help to ignite the potential of our biggest resource: people.”