‘The threat is real and the risk is now’: Ottawa’s Quantropi teams up with powerful partners in quest to stymie next great cyberthreat

While James Nguyen’s firm keeps striding toward a solution to one of the world’s most pressing cybersecurity threats, his own feet were taking a beating on Thursday.

“I’m not used to wearing dress shoes anymore,” the co-founder and chief executive of Ottawa-based Quantropi said with a chuckle during a break from the CANSEC defence and security trade show at the EY Centre. “They kind of hurt.”

If Nguyen’s toes were struggling to find the right fit, his company doesn’t appear to be having the same problem. 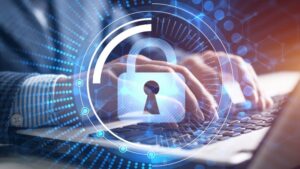 Canada’s new Cybersecurity Standard: What you must know and why take action 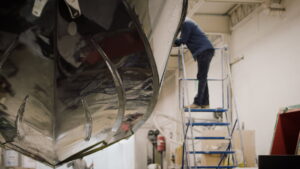 It’s little wonder that Competition Composites Inc. (CCI) is known world-wide. As the name suggests, it’s a company built on providing high-performance products and one which has grown steadily since

Quantropi was at CANSEC, Canada’s largest annual exhibition of its kind, this week, drumming up interest in its subscription-based software that aims to stop a looming cyberthreat known as “Y2Q” in its tracks.

Simply put, Y2Q is, according to Nguyen, the 2020s equivalent of the Y2K bug that threatened to bring down global computer infrastructure more than two decades ago when the calendar flipped to 2000.

Y2Q refers to the point at which the processing capability of ultra-powerful quantum computers can break down encrypted data stored in servers around the world in a fraction of the time it takes today’s computers.

“The fact is that all cryptography is about to be rendered obsolete. This requires new technologies.”

Nguyen says enterprising hackers are already believed to be stockpiling data with the goal of decrypting it once quantum computers are up to the task – a time most experts agree is fast approaching, perhaps within the next couple of years.

The threat is grave enough that U.S. President Joe Biden’s administration last month ordered all federal agencies to begin the process of migrating their computer systems to quantum-resistant cryptography. The U.S. Congress, meanwhile, is mulling a series of bipartisan bills aimed at shoring up systems with state-of-the-art cybersecurity measures featuring algorithms and encryption designed to stymie quantum computers.

“This is some serious stuff,” said Nguyen, who launched Quantropi in 2018 with Dr. Randy Kuang, an expert in quantum theory who previously worked at Nortel and co-founded passwordless authentication firm inBay Technologies.

“The threat is real and the risk is now. The fact is that all cryptography is about to be rendered obsolete. This requires new technologies.”

Quantropi has raised more than $8 million in venture capital to build out its platform with help from other local partners that include Calian Group. The Kanata-based company worked with Quantropi to test the software for Germany’s Deutsche Telekom, Europe’s largest telecommunications provider.

“The buzz is growing in defence circles around Y2Q,” Sacha Gera, Calian’s president of IT and cyber solutions, said in a statement. “As a proudly Canadian tech company, we’re eager to see our government, agencies and defence providers start putting protections in place now, in anticipation of inevitable quantum attacks.”

Nguyen said the startup, which now has more than 25 employees, hopes to close a multimillion-dollar series-A funding round before the end of the year. He expects Quantropi’s headcount to triple over the next 12 months as it races against time in a bid to stave off looming quantum attacks.

“We don’t want another situation like the pandemic, where everyone’s scrambling for a solution,” Nguyen added. “We want to be ahead of the game. This is where Canada has an opportunity to step up as a leader in this space. It takes a village to really work in an emerging space like this.”

Still, he conceded that challenges abound, including the ever-present need to raise additional capital and the shortage of top-quality engineers equipped with the skills to outwit hackers in a “very niche” area of expertise.

“We have a whole pipeline of opportunities that we want to execute on,” explained the 2021 Forty Under 40 recipient. “We’re building a nascent market. That takes time; that takes investment. We’re still working on ensuring that we have the best product-market fit and we’re still testing things.”

At the very least, Nguyen said he’s getting the sense, while walking the floor at CANSEC, that the issue that’s consumed his entire working life for the past four years is now rising up the list of priorities in other C-suites across the country.

“Quantum security is top of mind for everyone,” he said.