The bright side of business: Rumidifier gives back to those affected by pandemic

The Bright Side of Business bimonthly column is presented by Star Motors.

The entrepreneur behind a made-in-Ottawa invention popularized by a 2016 Dragons’ Den appearance wants to help local residents literally breathe easier during the COVID-19 pandemic.

Jeri Rodrigs, who founded Kanata-based Rumidifier in 2012, is giving away 1,000 of his eco-friendly home humidifiers for free as a way of thanking the community for the support that enabled his business to succeed.

“As a CEO, I get tremendous satisfaction when I (engage in) charity and give things away,” Rodrigs said. “I’m not worried about a financial loss; I want to help people in need.”

Unlike conventional humidifiers, the Rumidifier fits directly over vents to re-use existing airflow from forced-air furnaces, enabling it to operate without electricity. Rumidifier was designed to be eco-friendly both in its operation and the materials used to manufacture it.

The company sells an average of between 25,000 and 30,000 units a year and now has two full-time employees in addition to indirectly employing 10 people in the manufacturing of its products.

A life of entrepreneurship

Rodrigs says his entrepreneurial attitude began in his youth. Born into a “very poor” family in Kochi, India, Rodrigs spent his childhood fabricating his own toys and gadgets using recycled materials.

He graduated with a Bachelor of Electronics and Engineering in 1990, and began working for Indian Telephone Industries LTD and Ericsson. When Rodrigs immigrated to Canada in 1999, he worked as a senior designer for Nortel Networks for nearly a decade.

After his children were born, Rodrigs learned firsthand how important clean air is to good health. From 2004 to 2007, his children needed high humidity in the house because they were often falling ill.

“At that time, I was looking for ways to increase the humidity without (expensive) running costs,” Rodrigs said. “I had all these appliances plugged in that were costing me electricity, so I wondered if a humidifier could be eco-friendly without using any money,” he said.

After Rodrigs created a prototype for a cordless humidifier in 2010, he applied for a patent and worked with a design firm to create the mould to be used in manufacturing. The humidifiers are manufactured locally in Stittsville, which Rodrigs says is costlier than offshoring but allows the products to be made using sustainable materials.

Rodrigs spent nearly $500,000 to get his company off the ground, and said the money “could have gone down the drain if the product did not click with people.” Fortunately, Rumidifier was a hit when it launched in 2012, selling more than 6,000 units in its first three months of operation.

“The customers liked the simplicity and innovativeness of the product, and that’s why it has been on the market for the last eight years,” he said.

Rumidifier retails in several Canadian retail chains including Home Depot, Home Hardware, Canadian Tire and Terra 20. Rodrigs says Rumidifier really took off after he pitched it on Dragons’ Den in 2016, and began selling the units in the United States. By 2017 the company reached $1.3 million in sales. 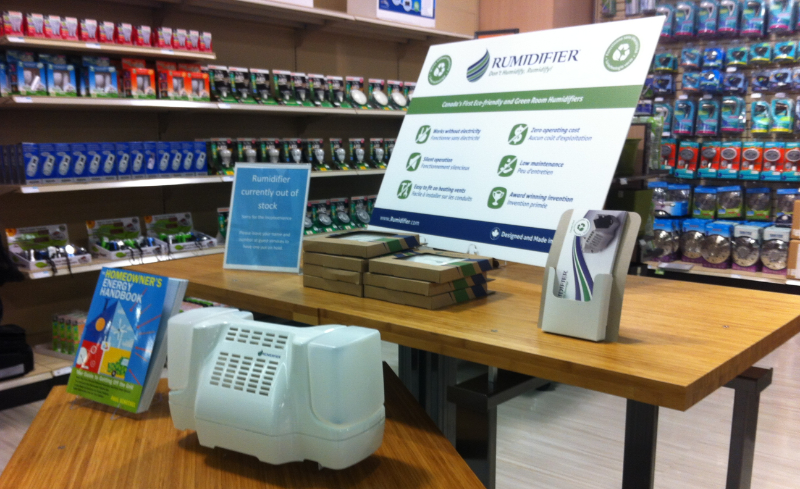 The entrepreneurial spirit also runs in the family; Rodrigs’ 15-year-old son, Ryan, recently launched a phone app that aims to slow the spread of COVID-19.

In addition to being an entrepreneur at heart, Rodrigs has taken to philanthropy in the last two years.

In 2018, a west-end Ottawa boy received serious burns after a plugged-in humidifier caught fire, and had to be hospitalized at CHEO. In response, Rodrigs donated $1,000 to the family and $500 to CHEO. He also donated a dollar from the sale of every Rumidifier for two months. 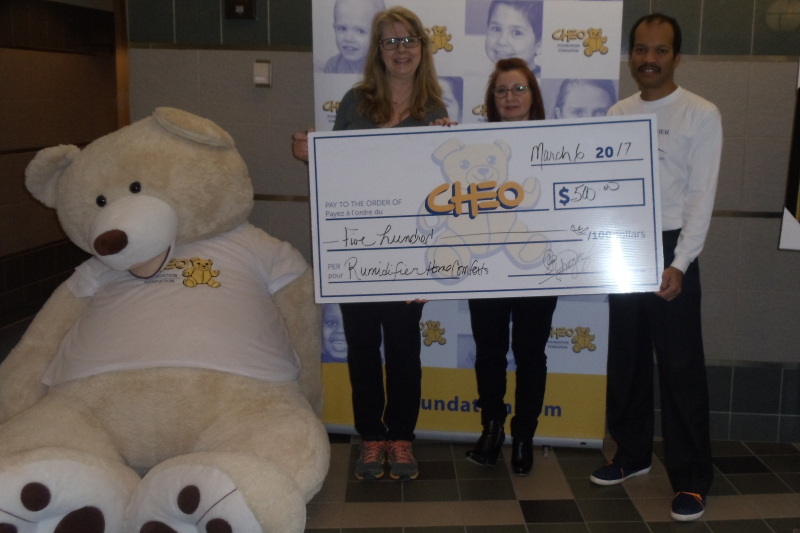 The COVID-19 pandemic presented Rodrigs with another opportunity to give back to the community. Since Rumidifier manufactures all its humidifiers in the months of August and September, Rodrigs decided he would give them away for free in preparation for winter.

“We want to be there for the people that are suffering, who have lost jobs, contracted COVID-19, or anybody that may be helped by Rumidifier. Now more than ever, it’s important to have clean and humidity balanced air,” Rodrigs said.

Anyone who wants a free humidifier can message the company on Facebook describing how they were affected by the pandemic. More than 375 people have already received a free Rumidifier.

Rodrigs said he had originally intended to give away 1,000 units, but as long as people are being impacted by COVID-19 the company will continue giving.

“We are not keeping track of numbers. As long as it reaches the needy and deserving people, we are happy to give them away,” Rodrigs said.

Rodrigs says a few years down the line, he has plans to expand Rumidifier’s reach to Europe. But for now, keeping Canadians in good health is the company’s main goal.

“Canadians are such a thankful and appreciative people, and have supported my company and my family. I love the community where I live and Canada as a whole. I’m glad I came here.”

For your convenience, you may shop, research, chat and compare vehicles online at starmotors.ca, and visit the 400 West Hunt Club location or call (613) 737-7827 for the very best in personal service.