While Lisgar Collegiate’s 175th anniversary reunion this weekend will showcase the talents of distinguished alumni such as impressionist Rich Little and musician Valdy, it’s a good bet that Adam Newlands’ contributions will also draw plenty of appreciative cheers.

Newlands, the co-owner of Stalwart Brewing in Carleton Place and a member of Lisgar’s class of 2004, will be pouring two of his company’s most popular summer brews at the celebration that is expected to attract graduates of the venerable Ottawa high school from as far back as 1940.

“I think it’ll be cool to listen to some stories and meet some other alumni,” says the 31-year-old Westboro native, who says he got into the beer business “sort of by accident” while working in the restaurant industry a decade ago. 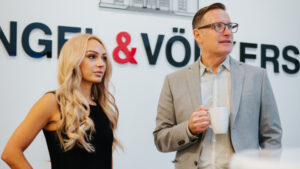 As the capital’s million-dollar market continues to boom, luxury real estate firms like Engel & Völkers are being kept busy 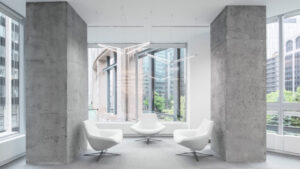 Newlands and a couple of his co-workers at the Wellington Gastropub began making their own suds on the side, eventually opening a mini-brew pub of their own to supply their employer with product.

“Beers that we liked, you just couldn’t get as fresh as you could make them yourself,” says Newlands, who earned a degree in philosophy from Carleton University and studied professional writing at Algonquin College. “There wasn’t the variety and the number of producers that you have available today.”

Eventually, he and buddies Nathan Corey and Ed McKinley decided to turn their passion for beer into a full-time business. They opened Stalwart Brewing in December 2015, and their products instantly gained a devoted following in the town of about 12,000 located 45 kilometres west of Ottawa.

“We had the opportunity to position ourselves as sort of the town brewery,” Newlands says. “We just liked being a little farther afield so we could kind of have our own identity apart from the Ottawa scene, but close enough that making deliveries still makes sense.”

Stalwart taps can now be found in about 40 bars and restaurants from Ottawa to Kingston, and the brewery churns out 8,000 litres of beer a month. Newlands expects production to ramp up even further once Stalwart makes its debut on LCBO shelves, which he hopes will happen in the next few weeks.

“Getting into the LCBO is going to make a big difference for sure,” Newlands says. “People drink a lot of beer at home or in the backyard.”

The launch could have happened months ago had Stalwart not run afoul of the provincial liquor retailer’s regulations.

The brewery’s Dr. Feelgood India Pale Ale was supposed to go on sale at LCBO outlets last November, but the liquor retailer changed its mind and turned the product down over concerns that its label suggested the beer had medicinal properties.

The label featured an image of a snake coiled around a pole that looked like the Rod of Asclepius, an ancient Greek symbol often associated with the medical profession. In response, Stalwart was forced to create a new logo and will now sell the beer at the LCBO under the name Snake Oil.

Newlands calls the LCBO’s decision a “setback,” but says it’s hard to say how much money it cost the business because lost sales are so difficult to predict. The incident made headlines, and the brewery eventually sold the 5,000 cans worth of Dr. Feelgood it had produced for the LCBO at its own retail store and at restaurants.

In the end, Newlands says, the controversy was a good-news, bad-news situation for Stalwart.

“We basically lost about half a year of momentum.”

– Stalwart Brewing co-owner Adam Newlands on the setback of being pulled from LCBO shelves over a label controversy.

“We basically lost about half a year of momentum,” he explains. “It definitely impacted us as far as our rollout plan was going. But at the same time, way more people have now heard about us, so when we are on the shelves, it’s going to be to more fanfare than we would have (had) otherwise. Any publicity is good publicity, as they say.”

A decade ago when Newlands got into the business, barely a handful of craft breweries existed in eastern Ontario. The competition for the hearts and wallets of craft beer aficionados is much stiffer today, he concedes, but he says the business is managing to break even and hopes to expand beyond its current 2,800-square-foot facility in the next year or two.

“I think the biggest thing for us is it’s really all about flavour first and what’s in the glass,” Newlands says. “The old model used to be brand affinity – ‘I’m the kind of guy that drinks Miller Light’ – whereas nowadays, it’s more, ‘Do you make good beer?’ Your average craft beer drinker is polyamorous – they just want a good thing, and they want to try different stuff all the time. It’s about getting on people’s radar, having them try your beer and then being in their rotation, let’s say.”

And for him and his partners, it’s always been about more than just making money, he adds.

“We’re not going to be on the Forbes list any time soon,” he says with a chuckle. “We like it. It’s always easy to go into work when you’re working on something you love to do.”