Late next year when a vehicle bound for the moon is scheduled to be launched into space on a Falcon 9 rocket from Elon Musk’s SpaceX, a little bit of Ottawa will be hitching a ride.

The Rashid lunar rover is being designed in the United Arab Emirates as part of the Gulf nation’s bid to ramp up its space exploration program. Among its key components is software made right here in Canada’s capital by Mission Control Space Services, a six-year-old startup based in Little Italy that’s now supplying technology to some of Earth’s most cutting-edge companies.

In the case of the Emirates Lunar Mission, MCSS’s AI platform will provide vital information to the Rashid rover as it studies a remote part of the lunar surface near the moon’s equator.

The Ottawa firm’s software will help guide the 10-kilogram vessel throughout its mission, alerting it to changes in topography, warning it when obstacles are approaching and providing valuable information about geological features that will help scientists on the ground at Dubai’s Mohammed Bin Rashid Space Centre determine what areas of the terrain are most worthy of study.

“Software applications like the one developed by MCSS are really key to enabling autonomous operations,” explains Éric Vachon, director of technology development management at the Canadian Space Agency, which is helping fund the company’s R&D efforts. “You can see it as being the brain of the space system.”

The firm’s founder and CEO, Ewan Reid, is an electrical engineering grad from Queen’s who got hooked on a career in space-tech after landing a summer job with Ottawa’s Neptec Design Group, which built operational systems for NASA’s space shuttle program and the International Space Station.

Reid eventually worked at NASA headquarters in Houston, serving as a controller on 10 space shuttle missions, and later helped design exploration vehicles for the CSA.

In 2015, while pursuing a master’s degree in technology innovation management at Carleton University, he decided to put the entrepreneurial skills he was learning in the classroom to good use.

With help from Carleton’s Lead to Win incubator, he launched MCSS that spring.

“Ultimately, it was kind of a recipe to kind of say, ‘OK, I’m going to go out on my own and start a company,’” explains Reid, who grew up near the Ottawa Valley village of Ashton.

A cadre of his trusted former colleagues quickly jumped on board, including chief science officer Melissa Battler, veteran software engineer Matt Cole and chief technology officer Michele Faragalli. Before the year was out, the fledgling firm had a $500,000 deal to design software for the CSA’s autonomous rovers in its back pocket. 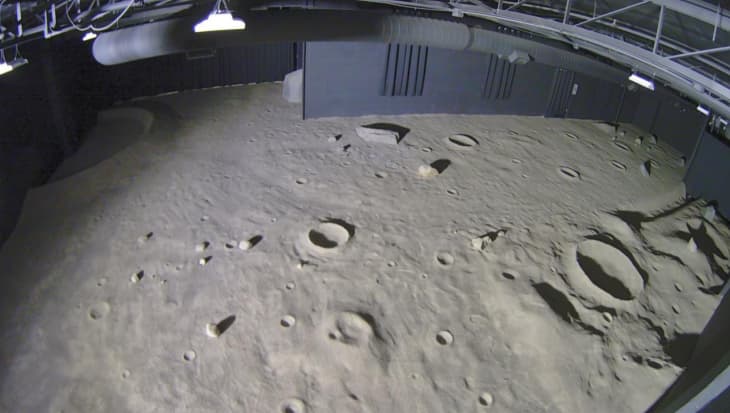 Its ascent has barely slowed since then. The company has designed software for a variety of “international exploration companies” in the space industry, Reid says, and just last week the CSA put a little more financial rocket fuel in the company’s tank when the agency kicked in $3 million in fresh funding from its Lunar Exploration Accelerator Program.

That same day, the CSA announced it plans to land a rover of its own on the moon within five years. Reid would love nothing more than to see his firm’s technology helping to power that vehicle as well.

“We certainly hope that we can be involved,” he says.

Space exploration has experienced something of a renaissance over the past few years, Reid notes. That’s been a boon to his firm, which more than doubled its revenues in 2020 and expects to do the same again this year. As demand for its services soars, MCSS has boosted its headcount from 14 to 21 over the past 12 months and is looking to hire more engineers, software designers and project managers to keep up with expected growth.

Currently, most of its business comes from foreign customers. As countries around the world jump on the space-tech bandwagon, Reid cautions that Canada, the home of groundbreaking innovations such as the Canadarm, needs to stay aggressive and keep shooting for the stars.

‘We need to take risks’

“I think we need to take risks,” he says. “We need to accept the chance of failure and we need to learn from it and grow and see where we all can’t go together.

“Whether it’s space mining or tourism or on-orbit manufacturing, there’s so many potential areas. When it comes to things like the core technologies that go into those ​– robotics, AI, communications, those are things that Canada is good at. Canada has a real opportunity to play in this new economy, and I think it’s very important for us to position ourselves to be leaders so that when we look ahead 50 years, we’re competitive in that.”

Take health care, for example. The same software that helps technicians steer a rover on the surface of the moon could be used to assist doctors and nurses operating devices such as heart monitors when caring for patients in remote parts of Canada’s North, Reid explains.

“There’s so much opportunity right now. It’s like the solar system is our oyster.”

“Those things can be thought of as robotics or autonomous systems,” he says. “If you’re going to control those remotely, our software can help. So that’s an area that we certainly see ourselves growing into.

“We haven’t tapped into those markets extensively, and that’s because we’re relatively young and we’re focused on our near-term objective, which is space. But that’s certainly something that’s in our roadmap, to deploy our technology here on Earth.”

It all adds up to a world of possibilities – and then some.

“There’s so much opportunity right now,” Reid says with a smile. “It’s like the solar system is our oyster. There’s no limits on what we can do.”