Russian entrepreneur finds security, success and comfort in the heart of Lanark County

She came as a student, discovered a world of welcome and small-town wonder, and stayed to open multiple businesses in Perth, Ont.

Originally from Siberia, Russia, Dasha Smolentseva, 35, is the proud owner of the North Folk Café and Bakery and co-founder of Artizen Kombucha. She credits Canada for her success.

“As an immigrant, I can create a business and there’s no mafia at my door asking me for their share, I don’t need a man to quote-unquote ‘protect me,’ I can go open a bank account and have my own money in my own account — it’s so mind-blowing,” says the bubbly Smolentseva, her eyes dancing with joy. 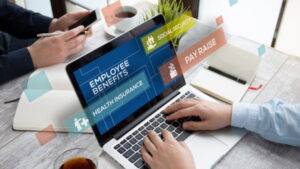 To help companies navigate the world of employee benefits, OBJ sat down with Meldrum Horne to get some answers to the business community’s most pressing benefits questions. 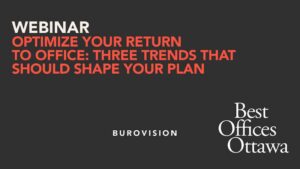 Optimize your return to office: Three trends that should shape your plan

Many business owners believe the work-from-home trend has translated into lower overall company innovation and productivity as well as an erosion of company culture. While acknowledging that some degree of

Her wonder and appreciation of the opportunities in front of her fuel her hunger for more.

“Dasha is someone who loves to continuously learn, she likes to be in the know and be ready to take on the world,” says Cindy James, manager of the Small Business Advisory Centre for Smiths Falls, Lanark County, Leeds Grenville.

When the Russia-Ukraine war broke out earlier this year, Smolentseva says she never felt any animosity, never felt threatened.

“When the war broke out, everyone in Perth would come into the café and ask me how I was doing, how I was feeling. It was really positive and then when the Ukrainian families started arriving, I helped because I speak Russian and they speak Russian. I have good conversations with the Ukrainians, they understand that it’s not my fault that the war started and we all want it to end,” she says.

Russia is a patriarchal society, says Smolentseva, and growing up she simply accepted that, as a woman, certain things were not possible or at least would be very difficult. As for moving to a rural community, that would never have occurred to her.

Her image of the countryside was that of tiny villages burdened by intense poverty with no infrastructure or basic amenities.

“When Seb brought me to Arnprior, Perth and Almonte, I couldn’t believe it. There are hospitals here, schools here, there’s infrastructure. I was like, ‘Whoa, people live here year-round?’ It was such a huge culture shock,” says Smolentseva.

Once she’d seen the possibilities, Smolentseva embraced them. Together, she and her husband, Sebastien Armand, moved to a farm and started growing vegetables that they sold at market.

“But we soon realized that the seasonal income wasn’t cutting it, so we extended the shelf life of our products and made squash crackers, kale and potato chips and kombucha and took it to markets and stores and created an all-year-round production,” recalls Smolentseva.

Armand, a brewer and certified permaculture consultant by trade, and Smolentseva, who had been fermenting kombucha in her grandmother’s kitchen since childhood, soon developed Artizen Kombucha and launched it in 2016.

“When COVID hit, I was really scared. You know we lost all our market venues and all our events, restaurants and coffee shops were closing. We did sell (our kombucha) online and did incredibly well, but as an entrepreneur you don’t know if it’s a fluke, if tomorrow it’s going to end,” chuckles Smolentseva.

“I launched Bubbles and Bites boxes, where I would pick up produce from all the local growers and deliver boxes filled with kombucha, treats and local food to our customers and that went really well,” says Smolentseva.

Then, a friend closed her coffee shop and told Smolentseva she was walking away from it.

“I went and looked at the space, looked at what she was leaving and thought to myself, there’s a lot of opportunity here. But I wasn’t sure how the pandemic would reshape the world or how people would behave or eat or drink. I thought even if I just turn this into a farm store with local goodies, I can probably survive,” says Smolentseva.

In the end, she opened the venue as a coffee shop in July 2020. At first, she only offered coffee, tea and kombucha.

“Not having run a café before, Dasha wanted to learn all she could through our programs and the weekly coaching kept her on task and helped her create systems for her business and her team,” says James.

Soon she was offering pastries and snacks, serving coffee from Mighty Valley Coffee in Smiths Falls because she knew it to be ethically sourced, and hiring local artisans to furnish and decorate her seating areas.

“I feel pretty proud that I was able to sustain a business throughout the pandemic and, not only that, I added a bakery last year,” exclaims Smolentseva, mother of three.

When a bakery in town decided to move away, Smolentseva contacted the owner and discovered his staff would be available, so she offered them jobs. Now she has a bakery right next door to her café run by three experienced bakers.

Earlier this year, she had the nerve to check out Brooklyn BagelFest in New York with the intent to enter the contest next year.

“I want to collaborate with Perth Tourism and other businesses so when we go to New York we can fully represent our town. I feel that Perth needs to be the centre of the universe and it’s only a six-hour drive so there’s no reason why New Yorkers couldn’t come up here and enjoy what we have to offer. The quality of my town, my coffee shop, my coffee,” says Smolentseva, arms outstretched to embrace her surroundings.