Prospectus: The value of a farm in the city

In each issue of the OBJ newsmagazine, publisher Michael Curran shares his prospectus for the Ottawa business community. Read the September edition of the newsmagazine here.

On a recent August evening, I dined under the stars in an apple orchard where tree branches already drooped under the weight of their ripening fruit.

It was a magical evening planned by the Heart of Orléans BIA at Orléans Fruit Farm.

On the east end of town, as you pass through the greenbelt, is an old farm that dates back more than 100 years. In 1917, the farm was purchased by the Oblates of Mary Immaculate. (Local trivia note: This is the same religious order that founded the University of Ottawa.) The Oblates cultivated crops and raised livestock to feed, among others, their growing number of university students.

It was locally sourced food when that was the only place to source food. 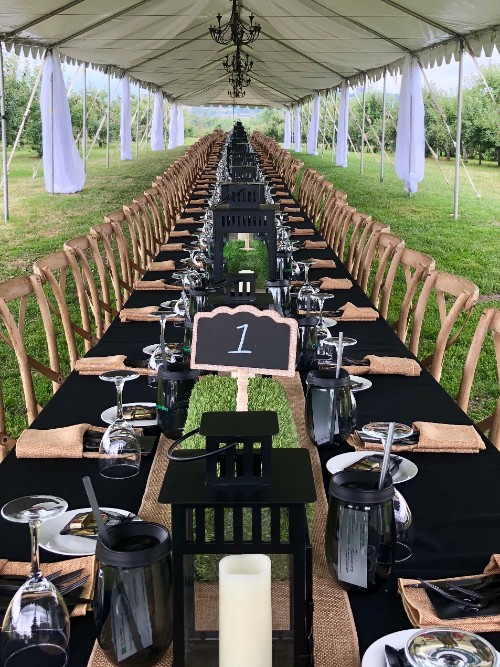 In 1968, the farm was purchased by the National Capital Commission and leased to the Henrie family, who just marked 50 years of working the land.

On the August evening in question, I spoke with Paul Henrie, a second-generation farmer, who shared many fascinating tidbits.

Squeezed between Beacon Hill and Orleans, the farm encompasses 120 acres. More than a dozen crops from asparagus to pumpkins are grown each season. And here is the cool part. Almost all the produce from 120 acres is retailed directly to customers from the farm’s expansive tent at 1319 St. Joseph Blvd.

“It’s a farm in the city,” said Paul, summing up the uniqueness of this place.

This issue of OBJ turns its attention to the often forgotten business of agriculture in Ottawa. As a local banker once told me over lunch, high-tech is great, but most startups don’t compare to the cash generated by a good local farm. Frankly, I was dumbstruck.

Yes, a farm in the city.

He talks to market vendors who are focusing on “value-added” products such as jams and ciders in an effort to grow their revenues; takes a closer look at the growing agri-tourism sector; and interviews the executives behind Bonnefield, an Ottawa-based fund that has amassed more than $750 million in farmland holdings across Canada.

This month’s Go Global section showcases an Ottawa company that has teamed up with footwear giant Converse to provide “upcycled” demin for the next generation of Chuck Taylor All Stars, while the real estate feature examines the growing presence of co-working spaces in the capital.

And in this month’s Techopia feature, L-Spark marketing director Erin Blaskie shares the story of how burnout dramatically affected her life and how efforts to shine a light on mental health issues facing entrepreneurs are making a difference.