A group of bright-eyed entrepreneurs got a brush with royalty after Prince Charles dropped into Ottawa-based e-commerce giant Shopify while visiting the nation’s capital during its Canada Day 150th celebrations.

His Royal Highness came, under RCMP escort, to the offices at 150 Elgin St. immediately after leaving a ribbon-cutting ceremony at the nearby and newly renovated National Arts Centre.

The entire room rose to its feet when the prince appeared. Playing in the background was the song What Do you Mean? by Canadian crooner Justin Bieber. No word on whether the prince is a fan of the global pop phenom.

Prince Charles appeared curious and engaged as he interacted with the young entrepreneurs and innovators. He even participated in the exciting countdown – complete with confetti shower and rousing cheers – of 14 brand new Canadian businesses powered by Shopify’s online platform. His job was to push the ceremonial green button.

At his side were Shopify CEO Tobi Lütke (who recently made Twitter Canada’s list of 40 top executives), chief operating officer Harley Finkelstein (who was just named to Canada’s Top Forty Under 40) and the company’s director of policy and government affairs, Alexandra Clark. She bares a striking resemblance to her father, journalism icon Tom Clark.

The prince was also presented with gifts, including one of the signature wool blankets from The Opinicon. It’s a resort located about 1.5 hours southwest of Ottawa, bought and restored by Lütke and his wife, Fiona McKean. 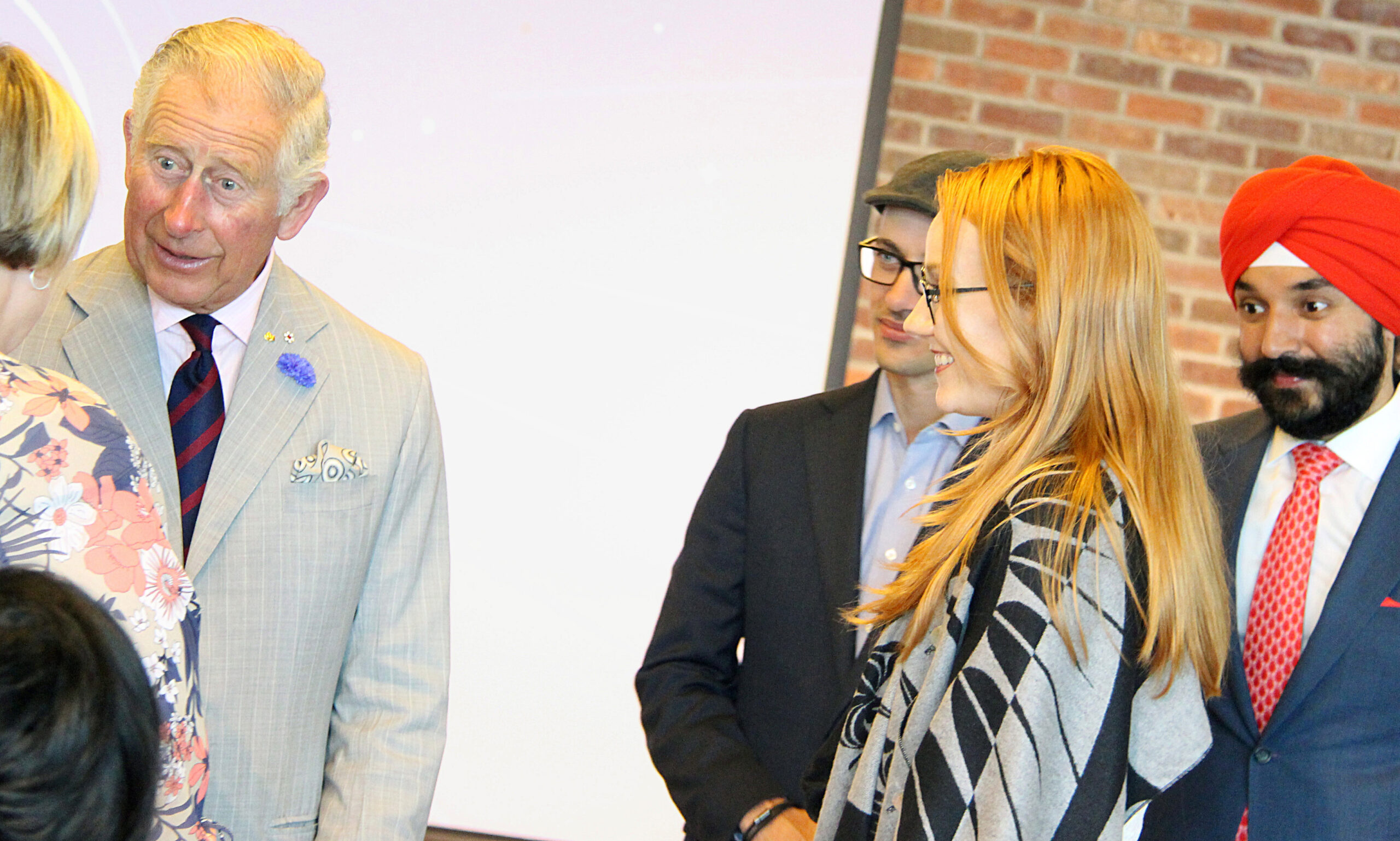 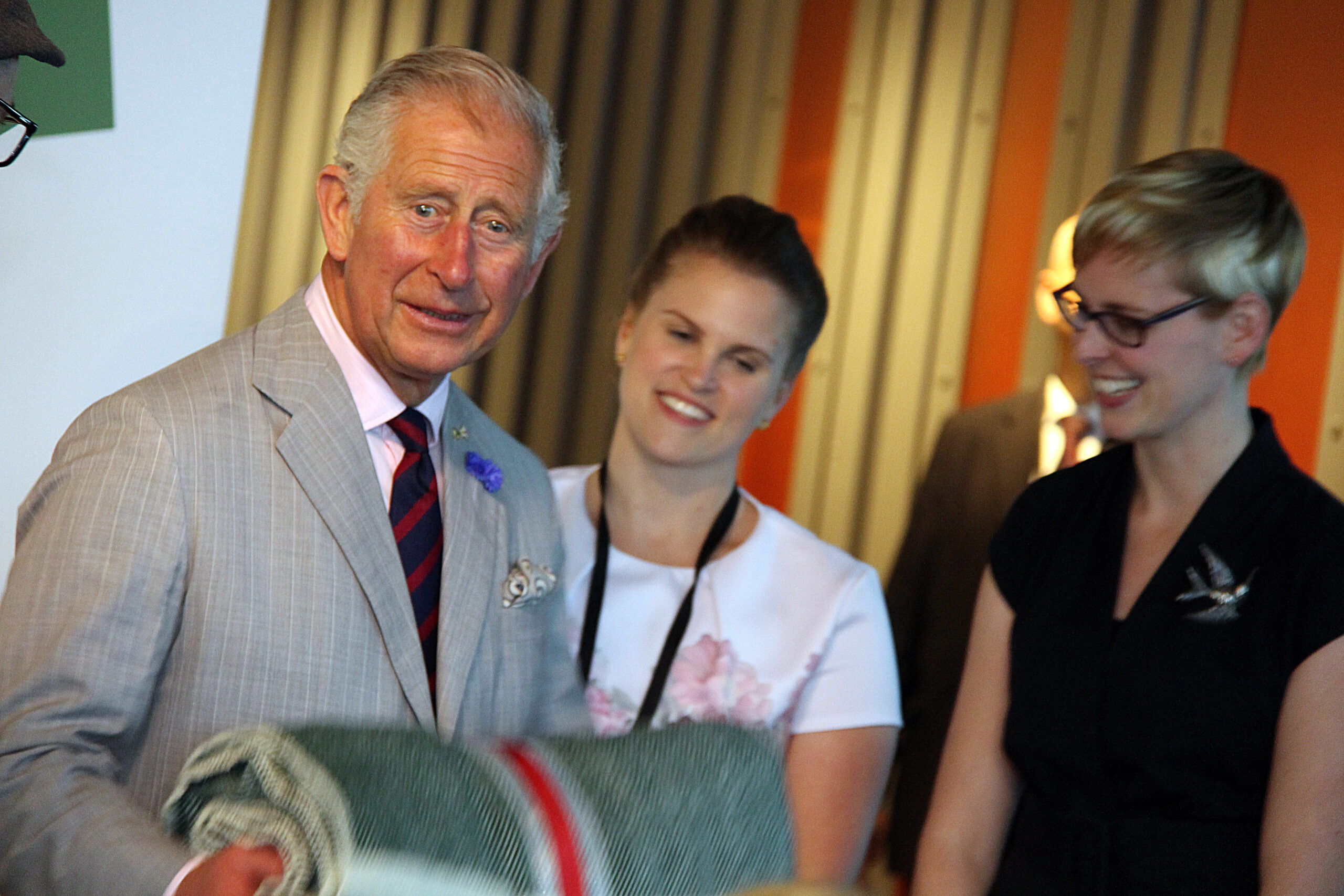 We’re excited to host His Royal Highness and celebrate #Canada150 to promote entrepreneurship across the country.  #RoyalTour pic.twitter.com/2IsA3amIHm

We just launched 14 new Ottawa – based businesses on @Shopify on Canada’s Birthday with Prince Charles pic.twitter.com/fGvFwW8g3w

The prince was also joined on his tour of Shopify by Navdeep Bains, federal minister of innovation, science and economic development.

Anna Lambert was one of the attendees who met the Prince of Wales.

“He was so nice,” the director of talent acquisition for Shopify enthusiastically told OBJ.social afterward. “He asked really, really great questions. It was a little bit nerve-wracking.”

Lambert was part of the launch of a new online store, powered by Shopify, to promote local businesses. She’s partnered up with Heather Andrews and Nadine Hogan from the Wheelhouse Cycle spinning studio as well as Katie Frappier and Régine Paquette from Victoire Boutique. The five entrepreneurs have just started The Guild, a new space where entrepreneurs can connect and share ideas to elevate their business and community. It kicked off last week, in Cody’s Café at Shopify, with speaker Janice McDonald, a well-known serial entrepreneur and leadership expert. It’s holding its next event in September. 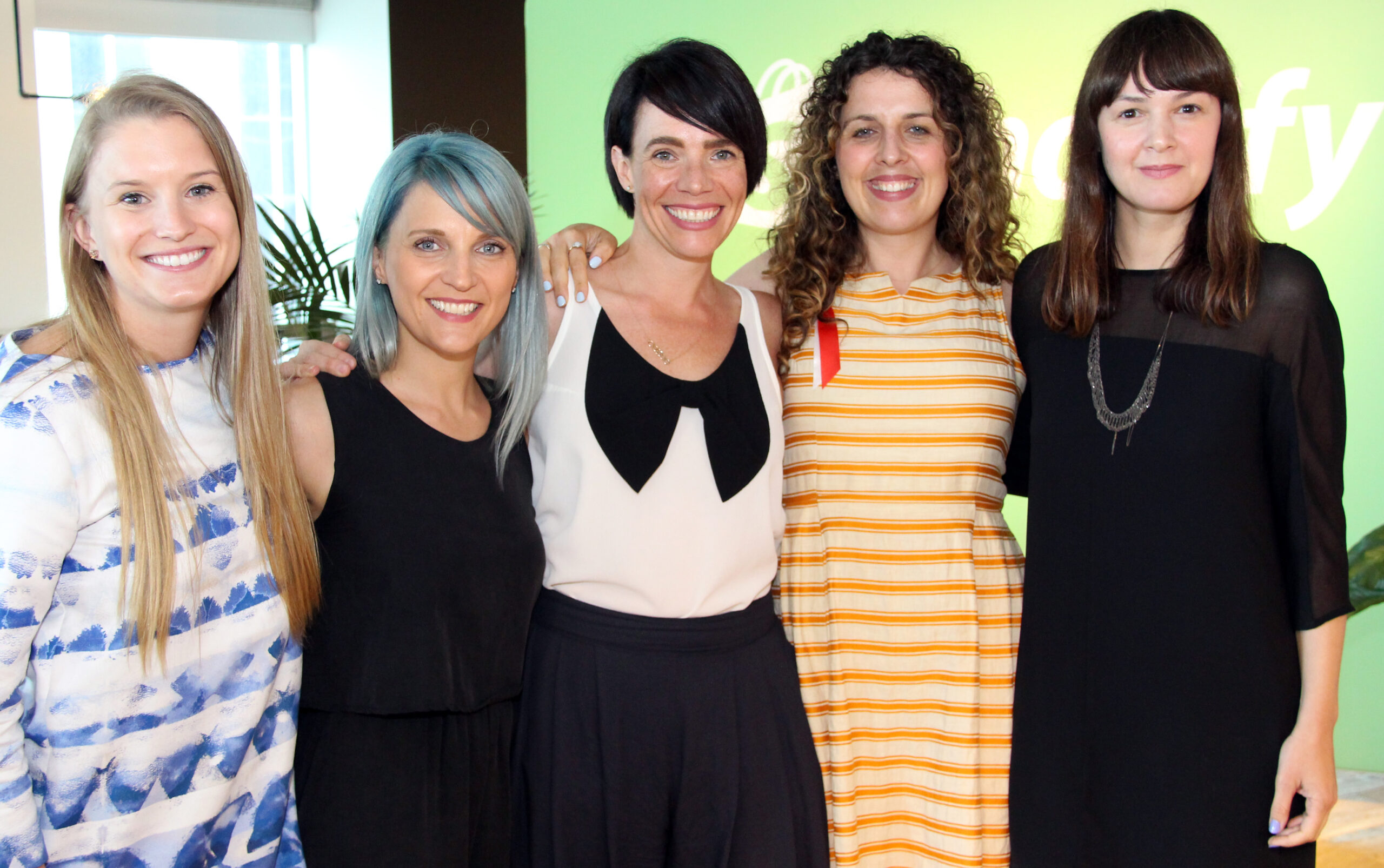 While at Shopify, his royal highness took a sniff of a bar of Soap2Hope and gave it positive reviews.

“It was such an honour, especially on Canada 150, to have him launch the store,” said Greg Kung, seen talking with the prince about the handcrafted and great-smelling soap. “You really can’t put it into words.” 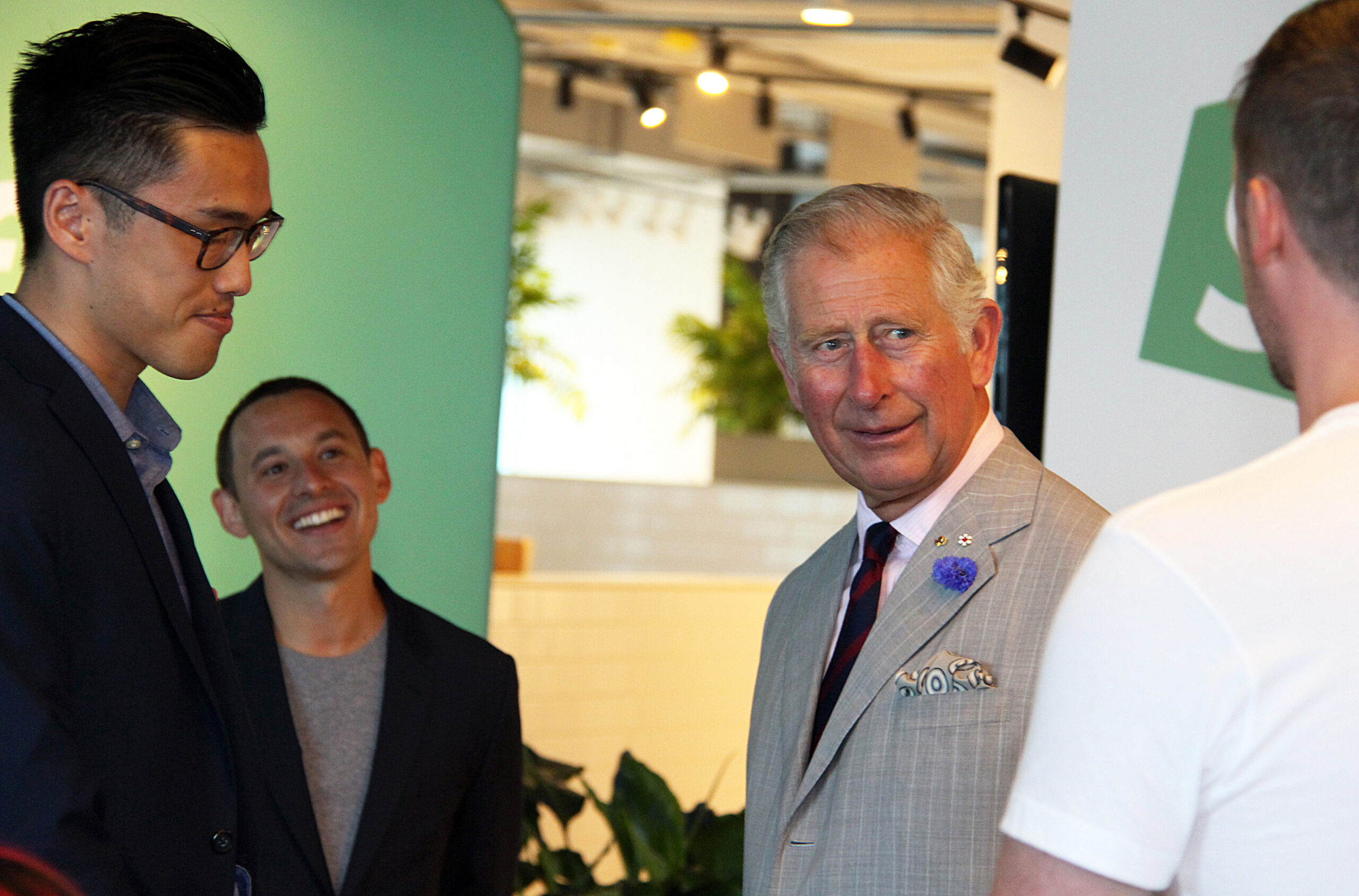 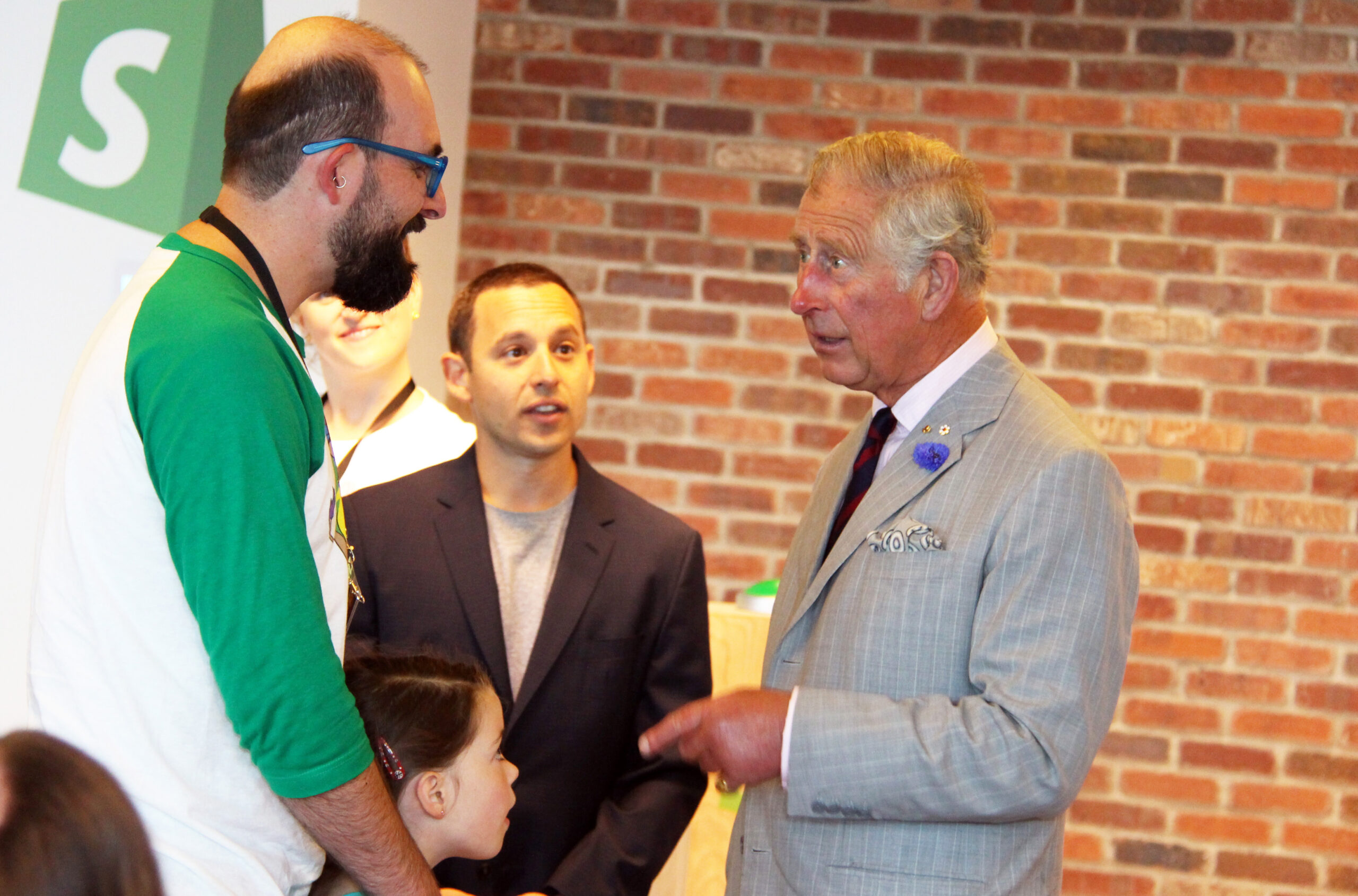