Ottawa-based Minto Apartment REIT remained “highly resilient” during the COVID-19 crisis as most tenants continued to pay their rent on time in the second quarter, the company said Wednesday.

Minto reported its funds from operations – a key cash-flow metric for REITs – for the three-month period ending June 30 rose nearly 30 per cent year-over-year to $12.7 million.

Meanwhile, average monthly rents rose 11.8 per cent to $1,609 over that period. The company said 97.2 per cent of its available unfurnished suites were occupied at the end of June, down from 98.7 per cent a year earlier. 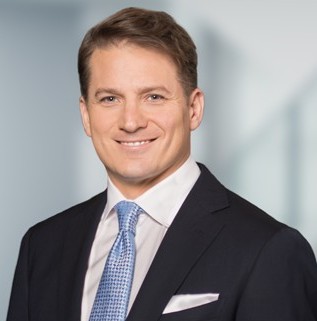 “Our business has proven to be highly resilient during an unprecedented economic and health crisis,” Minto CEO Michael Waters said in a statement.

“While our second-quarter results were impacted by the sudden drop in demand for furnished suites due to COVID-19, we still generated 9.1 per cent rent growth on new leases signed for unfurnished suites. We are continuing to collect the vast majority of our monthly rent and occupancy has remained high.”

As measures designed to curb the spread of COVID-19 began to wreak havoc with the economy earlier this year, many real estate observers questioned if tenants would be able to make their payments.

However, Minto said the “vast majority of residents have continued to pay their rent on time during the pandemic and rent collection has been consistent with pre-pandemic cycles.”

Minto said it froze rent hikes planned for April, May, June and July and offered partial deferments to tenants who couldn’t afford to pay rent in full in April, May and June, adding most tenants who took advantage of the offer have since made the required payments.

The REIT has also reduced the number of furnished units it rents, saying demand for the suites has fallen significantly “due to unprecedented reductions in travel and corporate relocations” during the pandemic.

The proportion of furnished suites in Minto’s portfolio, once as high as 5.5 per cent, dropped to 3.3 per cent at the end of June. The REIT said it would continue to reduce the number of furnished suites throughout the rest of the year while “exploring opportunities to accelerate repositioning projects.”

Minto’s suite turnover rate was 22 per cent for the 12-month period ending June 30, below the company’s historical average. The company said it expects the rate to stay below historic norms during the COVID-19 crisis and recovery period, adding the decline is “expected to be temporary.”