I think we know which of the two official Santa lists the 460 attendees of this year’s Christmas Cheer Breakfast will land on this year.

Santa made a personal visit to the fundraiser, face mask and all, to thank the sold-out crowd for supporting the event, presented by Lockheed Martin. No word yet on the total but organizers were hoping to hit $100,000 in aid of 22 local charities.

“It makes me so proud of all of you,” the jolly fat man told the crowd while speaking on stage this morning in the Trillium Ballroom of the Shaw Centre. “Since you were little kids, I knew you’d grow up to be something special.”

CTV News Ottawa anchors Graham Richardson and Patricia Boal kept the mood fun and entertaining as this year’s returning hosts. They were later joined on stage with their Christmas-obsessed colleague Matt Skube, who shared with everyone an Ottawa-edition remix of the Twelve Days of Christmas carol. His video was a hit with the crowd.

The stage looked particularly picturesque with a mini forest of lit Christmas trees, giant round ornaments and some comfy lounge chairs for the hosts to chat with such special guests as Ontario Minister of Heritage, Sport, Tourism and Culture Lisa MacLeod, Ottawa Mayor Jim Watson and Jim McConnery, chair of the Christmas Cheer board and managing partner of sponsor Welch LLP.

MacLeod arrived to the breakfast wearing a Canada Live Music Association-branded face mask, which seemed fitting given the number of talented Canadian musicians who performed at the breakfast.

This year’s Christmas Cheer was a hybrid event, offering people the option of attending in person or following along virtually. The fact that tickets to the breakfast sold out quickly was a good sign, said McConnery. “People are keen to connect in person.”

The breakfast was entirely virtual last year due to COVID-19 pandemic restrictions.

Spotted in the crowd were Shaw Centre president and CEO Nina Kressler, Ottawa Tourism president and CEO Michael Crockatt, chief of operations Ray Townsend on behalf of Lockheed Martin Canada, and Ottawa Redblacks player Nigel Romick, who’s been nominated for the Jake Gaudaur Veterans’ Award for being such a nice guy. 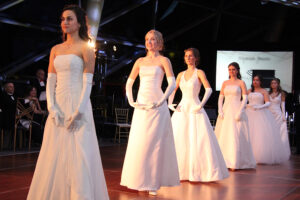 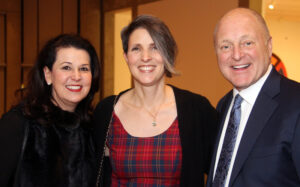 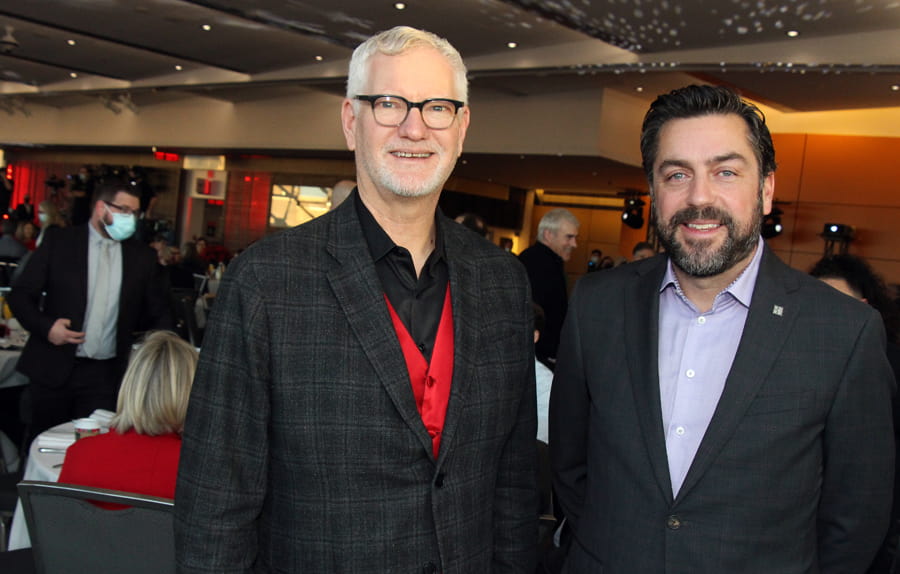 This year marked the 70th anniversary of the Christmas tradition, which has raised more than $1 million for local charities over the past decade. Beneficiaries include the Caldwell Family Centre, Minwaashin Lodge, the Ottawa Food Bank and many, many more.

The event wasn’t showing its age at all and, if anything, is evolving and staying fresh.

One of the highlights of the breakfast was the live performance by Twin Flames husband and wife artists Jaaji and Chelsey June, whose music blends both First Nations and Inuit Music with folk rock. They did a stunning cover of Tragically Hip’s Grace, Too as a tribute to the late Gord Downie and his work to further reconciliation.

As well, the event gave away such prizes as a sports package from Ottawa Sports and Entertainment Group (OSEG), a Westin Ottawa hotel stay and a luxury houseboat excursion from Le Boat. 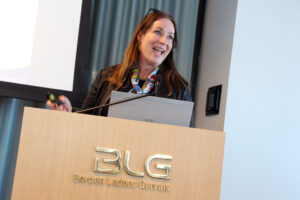