The article was updated with additional information and clarifications from Colonnade BridgePort.

An international commercial real estate company has taken a sizeable chunk of space in a downtown office building as it looks to tap into the rising demand for modern workspaces coveted by the city’s growing urban tech firms.

Spaces, a division of Amsterdam-based parent company International Workplace Group, announced Wednesday it has signed a lease for the first six floors at 66 Slater St. in Ottawa. Slated for opening in October, the firm will be working with building owner KingSett Capital and property manager Colonnade BridgePort to fit-up the 75,000 square feet of space as a co-working environment for private-sector clients. 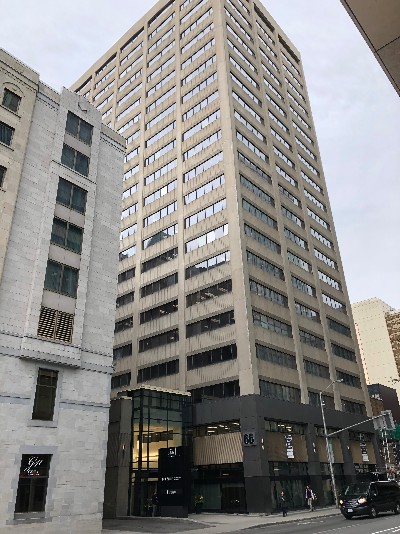 Though the move will be the first Spaces location for IWG in Ottawa, the company’s Regus brand already operates co-working space at the Fairmont Chateau Laurier, Preston Square and a building at Albert & Metcalfe.

While Regus offices typically have a smaller footprint and traditional drywall office layouts, Wayne Berger – IWG’s chief executive in Canada and Latin America – tells OBJ the Spaces brand is more open-concept, using glass finishes and numerous different workplace styles to create the feeling of an “ecosystem.” The company’s space at 66 Slater will include individual offices and meeting rooms as well as cafes, event space and soft-seating arrangements to cater to a variety of workers’ needs. Tenants’ leases can range from monthly deals to multi-year agreements. 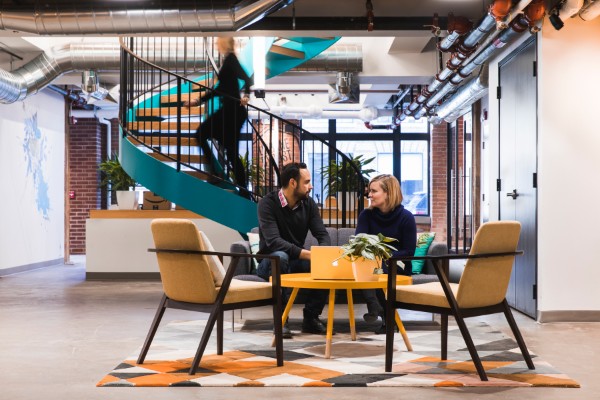 IWG has some 130 flexible workplaces featuring more than three million square feet of space across Canada. The firm already works with KingSett as a strategic partner in numerous properties across its portfolio, and when it came time to expand to Ottawa, 66 Slater St. was a logical match for Spaces’ needs.

Berger believes the Spaces style of flexible workspace, even more so than the Regus approach, is especially suited to Ottawa’s burgeoning downtown tech scene.

“What we’re seeing right now in Ottawa is just a fascinating change and evolution in the city,” says Berger, himself a native of the capital.

Berger is referring to a shift in the downtown real estate market driven by tech firms the likes of Shopify, which are increasingly coveting office space in the core previously occupied by the federal government. Local real estate experts have called the newfound prominence of startups a “sea change” in a market previously dominated by the feds.

Hugh Gorman, CEO of Colonnade BridgePort, says 66 Slater St. is a microcosm of Ottawa’s downtown shift. While the 22-storey building near the corner of Elgin and Slater streets had been largely filled with federal government tenants since its construction in 1970, the property manager has been actively marketing the property to private-sector tenants in recent years to diversify its occupancy.

That hasn’t been a straightforward pitch, however. Tech-sector tenants have been wary about taking up space in a building heavy with government branding, Gorman says. The ground floor of 66 Slater was previously occupied by a Department of National Defence recruitment office – he notes that while the feds are often reliable, long-term tenants, that doesn’t mean they always create the right impression of a building to prospective companies.

“What was missing was the positioning of the asset in the marketplace, so that people really understood what was going on,” Gorman says.

KingSett Capital has since reinvested in the building’s infrastructure, including improvements to the high-speed internet access – critical to many tech firms. Colonnade BridgePort has also been on a marketing campaign, speaking to Ottawa realtors about what the repositioned 66 Slater can offer their clients.

On the leasing side, Gorman says Colonnade attempted to move government tenants into “pockets” of the building and consolidate empty floors to attract professional services firms and rapidly growing tech companies that often need options to expand.

The building is mostly occupied now, Gorman says, though the firm is in the midst of lease negotiations and continues to market the office tower space. Roughly 60 per cent of the building remains federally leased, though Colonnade’s goal is a 40-60 split between public- and private-sector tenants.

The new strategy showed early signs of success in attracting the Metis Nation of Ontario and the Canadian Bar Association, as well as OneEleven, the Toronto-based accelerator company, which landed its Ottawa expansion on 66 Slater’s third floor with 12,000 square feet of space and options for two additional floors. That lease ended up being short-lived, as OneEleven announced in May it was shuttering its Ottawa and London outposts to refocus on the Toronto market.

While Berger did not comment on whether the company would negotiate terms with OneEleven portfolio of Ottawa startups, he says many of those firms are “excited” about Spaces coming to the capital and it would look to “support” them in their growth.

Berger says he’s looking forward to the coming transformation of Spaces’ spaces as a chance to continue 66 Slater’s evolution. The lobby area, previously occupied by DND, will have a new “energy” when Spaces is through with it, he says.

“We have an opportunity … to put a new facade onto the building, and change the experience as people are walking in.”

Beyond 66 Slater, Berger says Ottawa-Gatineau remains a priority market for the company. He says IWG will have further announcements about Spaces’ plans for other properties in the National Capital Region in the coming months.