Ottawa entrepreneur Mark Zekulin is making sure no man (or woman) gets left behind through his financial support of Team Rubicon Canada, a veterans-based, non-profit disaster response organization that’s helping vulnerable residents recover from last month’s powerful and deadly storm.

“It’s a really incredible organization,” Zekulin, former CEO of Canopy Growth and current executive chairman of Invert (formerly The Net Zero Company), said in an interview. “At its core, it’s a group of people who are volunteering to help people in crisis.”

The major storm that hit parts of Ontario and Quebec on May 21 killed 11 people and left hundreds of thousands without power. It knocked down countless trees and large branches and caused damage to buildings and vehicles.

Team Rubicon Canada, which is led by military veterans and first responders, currently has its boots to the ground assisting homeowners in the Ottawa, Peterborough and Uxbridge areas struggling to remove fallen trees and debris from their yards, either because they lack the network of people to help them or cannot afford to cover the costs.

Volunteers with Team Rubicon Canada have been there to help when floods hit Ottawa and Fredericton and when wildfires blazed through Fort McMurray and British Columbia.

“These aren’t just volunteers – these are highly trained and skilled volunteers who are putting in their time,” said Zekulin, who likes how the “multi-faceted” organization helps both communities affected by disasters and veterans looking for another chance to serve.

“Team Rubicon creates a place where veterans can continue to find similar meaning to what they had when they were in active service. There’s a mission, there’s a team, there’s a community, there’s service.

“Add those things all together, plus a big storm in Ottawa where you can see the damage as you drive around, it just felt like a perfect group to support.” 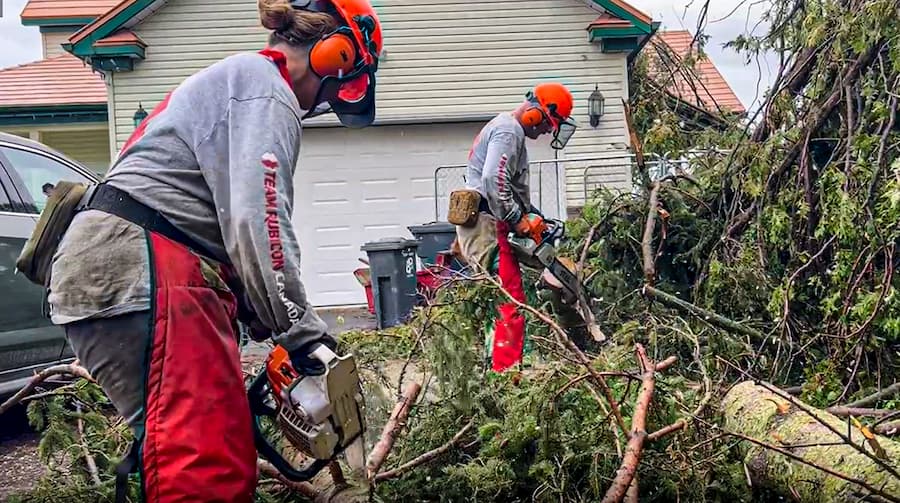