Ottawa businessman John Borsten has spent decades building a restaurant empire guaranteed to last, much like the nearly 200-year-old ByWard Market where many of his eateries are situated.

Now, he’s just coming out of what have been his toughest days yet with the three-week occupation of the downtown core by anti-vax truckers. It’s been “the worst” period of his nearly 40-year career — even more challenging than the pandemic waves he’s had to ride out over the past two years.

“Three weeks of never knowing when it was going to end,” he said of the truckers’ convoy. “It was just crazy. It made no sense why nobody wasn’t doing anything about this. It was just crazy, and we were just suffering every day.”

As of this week, police have finally cleared out protestors and the vehicles blocking the streets of Ottawa. “These guys are gone; they won’t come back, I hope,” said Borsten. “We’ll dig our way out of a bit of a hole and just do the best we can.

“The (ByWard) Market is pretty resilient. It’s been here 200 years.”

On Wednesday, Borsten and his wife, Sofia Santiso Borsten, welcomed guests to the soft opening of their newest restaurant Starling, which happens to be named after a highly social bird that likes to travel in large flocks. 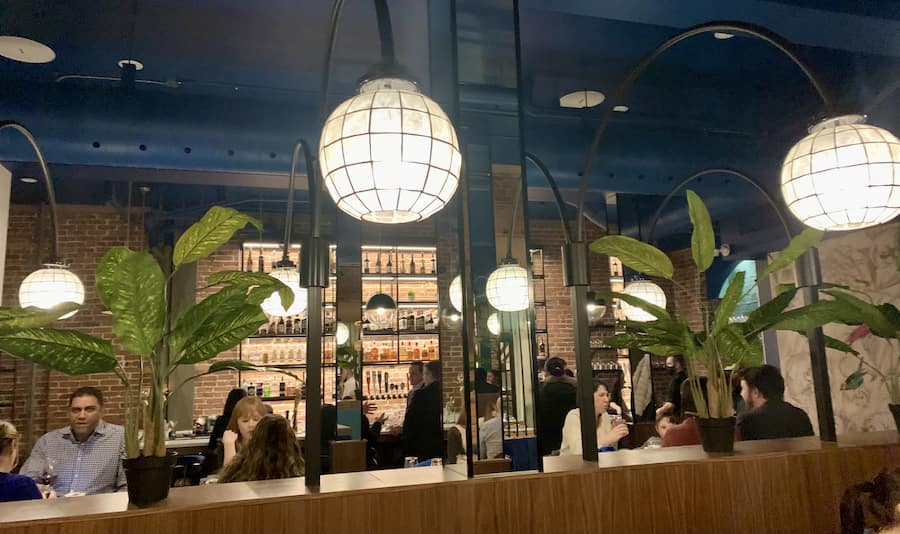 Starling is located in the 12,000-square-foot ByWard Market building that Borsten purchased in 2020 for $5 million. He was joined at the opening by one of his business partners, Patrick Charbonneau, president of Apollo Property Management.

The 54 York St. building is also home to their Apothecary Lounge, a cocktail lounge, and YOW — York on William, which serves international street food. As well, the multiple-dining concept features a rooftop terrace and street-level patio.

The entire building seats about 500 patrons. 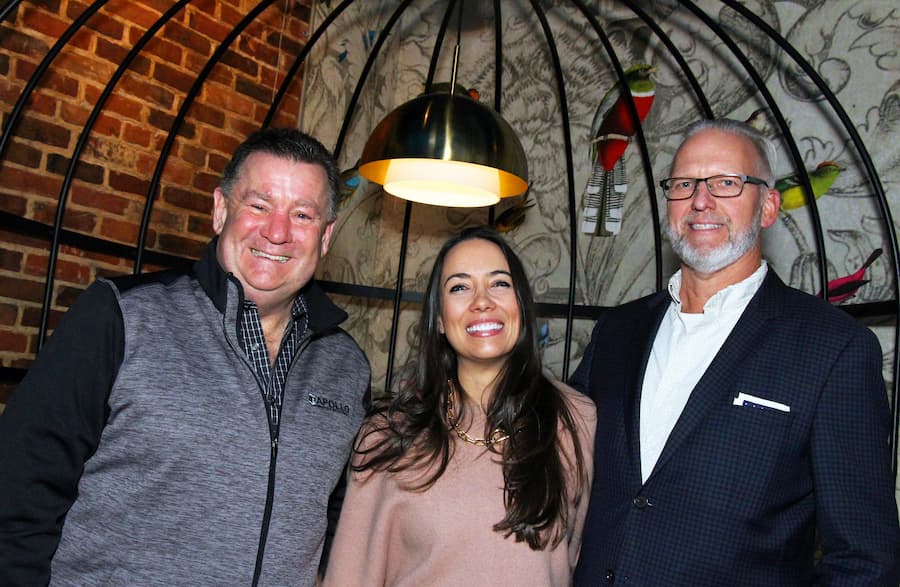 The historic building was formerly the long-time home of the Fish Market Restaurant, along with Vineyard Wine Bar and Coasters Seafood Grill, at the corner of York Street and William Street.

“We rescued this building,” Borsten told OBJ.social of the significant investment they made into the place to get it in tip-top shape. “For sure, we spent too much money, but it will be worth it in the end.”

Borsten’s portfolio of restaurants also includes all the Zak’s Diner locations, Zak’s Cantina, Grand Pizzeria and nearby Metropolitain Brasserie, which he co-owns with Sarah Chown. The restaurants collectively employ in the range of 300 people when they’re at their busiest, he said. 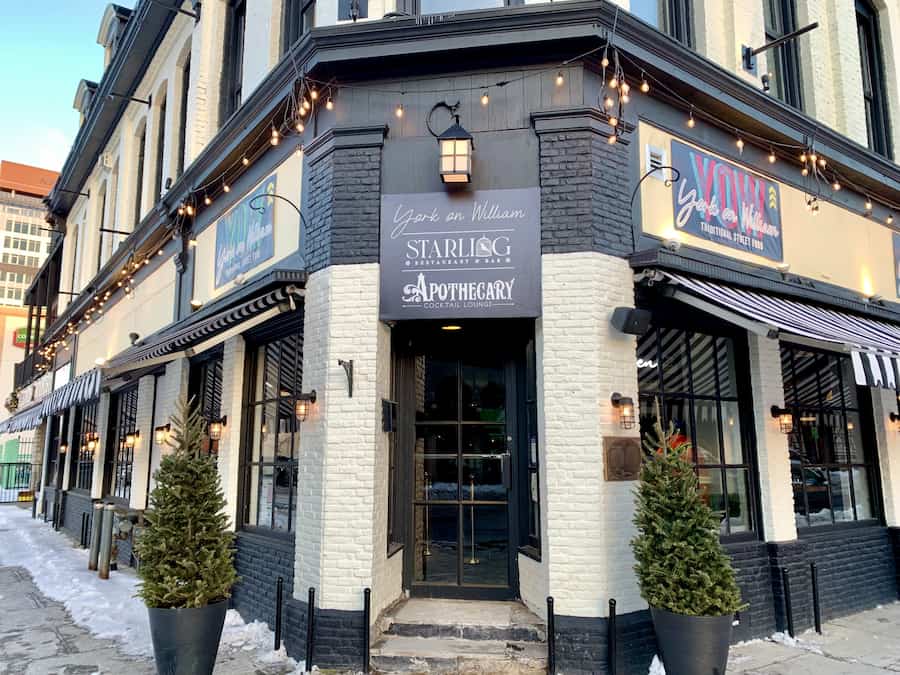 Guests that night included Ottawa Tourism president and CEO Michael Crockatt, who commended the owners for their “entrepreneurial spirit”.

“They’re fighting through the tough times and taking a chance on opening something new that’s going to attract people back downtown and give our destination that vibrancy that it’s always had but we’ve been missing kind of over the last little while,” Crockatt told OBJ.social. “It’s great to see something new and exciting for the community.” 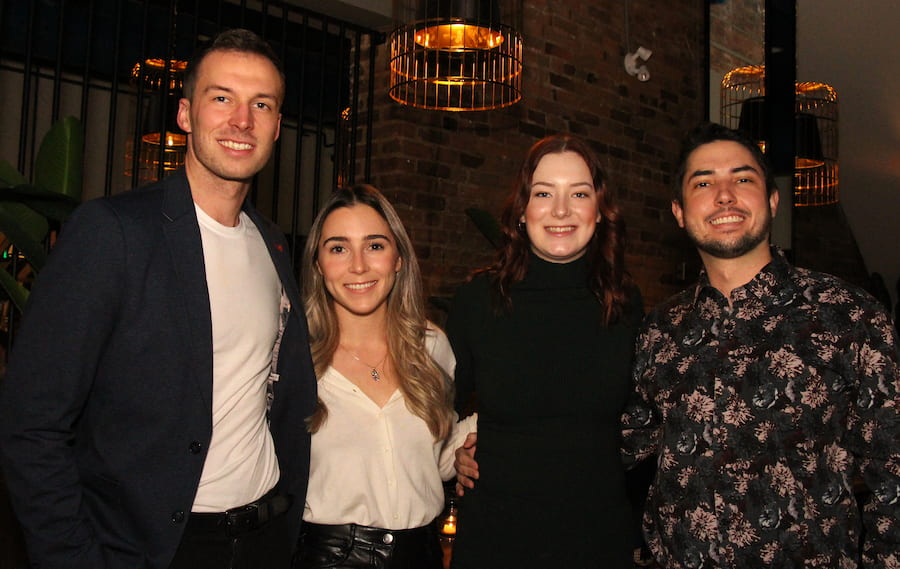 Lupien was overheard telling Santiso Borsten how impressed he was by the look of Starling, having seen ‘the before’ state of the place. “It’s absolutely fabulous,” he told her.

The restaurant’s theme is inspired by birds, from birdcage booths to antique birdcage chandeliers to its accent wallpaper. Santiso Borsten, who is the restaurant’s designer and director of marketing, made good use of some old stable doors that had been hidden away, likely used for sheltering horses when they were part of everyday life in the ByWard Market.

The renovations, done by Greco Contracting, meant tearing down layers of construction and exposing such features as the building’s original brick walls.

Borsten likes to think of his newly renovated building as a sign of things to come for Ottawa’s shopping, dining and entertainment district. The city is looking to make the ByWard Market a more pedestrian-friendly destination that’s also more conducive to holding special events. The district will be celebrating its 200th anniversary in 2027.

The ByWard Market could use a little TLC, Borsten opined. “It’s just been kicked around a little bit lately.”

Yet, he added, the area remains the heart of the city, giving residents and visitors easy access to the best sights. “It’s all right here. This is the essence of Ottawa. This is where Ottawa started.” 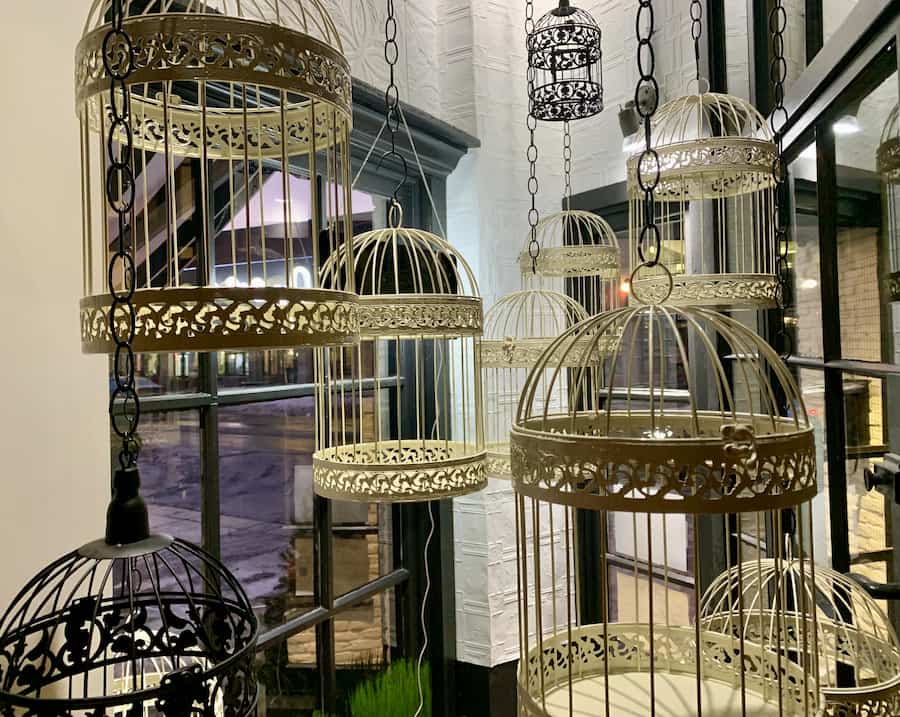