As the new man in charge of overseeing Ottawa’s city-owned markets, Jeff Darwin is aiming to rejuvenate one of the capital’s biggest tourist draws

It might seem like a bit of a leap for a career banker to take on the task of revitalizing the ByWard Market, but Jeff Darwin has jumped in with both feet.

The 55-year-old Ottawa native sounds plenty confident as he talks about his new role as executive director of Ottawa Markets, the not-for-profit company that took over the management of the ByWard and Parkdale markets from the city on Jan. 1.

“My biggest mandate is to get more people here and at Parkdale,” he says from his office on the top floor of the historic central market building at 55 ByWard Market Square. “There’s tons of potential here.”

After 25 years as a manager and senior executive at Scotiabank, Darwin decided to strike out on his own as a consultant a few years ago. When the city came calling with the opportunity to breathe new life into the city’s markets, he couldn’t turn it down.

“This is my town,” says the son of the late entrepreneur and former Ottawa 67’s owner Howard Darwin, who ran a jewelry store a few blocks from the Parkdale Market for four decades.

The city decided last year to get out of the market management business and create Ottawa Markets, hoping a private operator would bring a more entrepreneurial approach to livening up retail districts that had become tired.

The city owns the central market building, which is fully leased and home to 25 merchants, and the parking garage and retail space at 70 Clarence St., which includes seven businesses.

Ottawa Markets will collect all the rent from the retailers and pay all the expenses of running the retail space in the two buildings. It will also be in charge of issuing all vendors’ licences and permits at the city-owned outdoor market properties and will keep all permit and licensing revenues to help fund its operations.

The corporation has a budget of $1.575 million for 2018, with about half that total going toward staff salaries.

Ottawa Markets will provide audited financial statements to city council each year and must give a report on its finances to the city treasurer once a quarter. As part of its non-profit mandate, any surplus would have to be reinvested into its operations, but Darwin says details of who would cover a shortfall have yet to be worked out.

“We’re supposed to be self-sufficient, and I believe we can be,” he says. 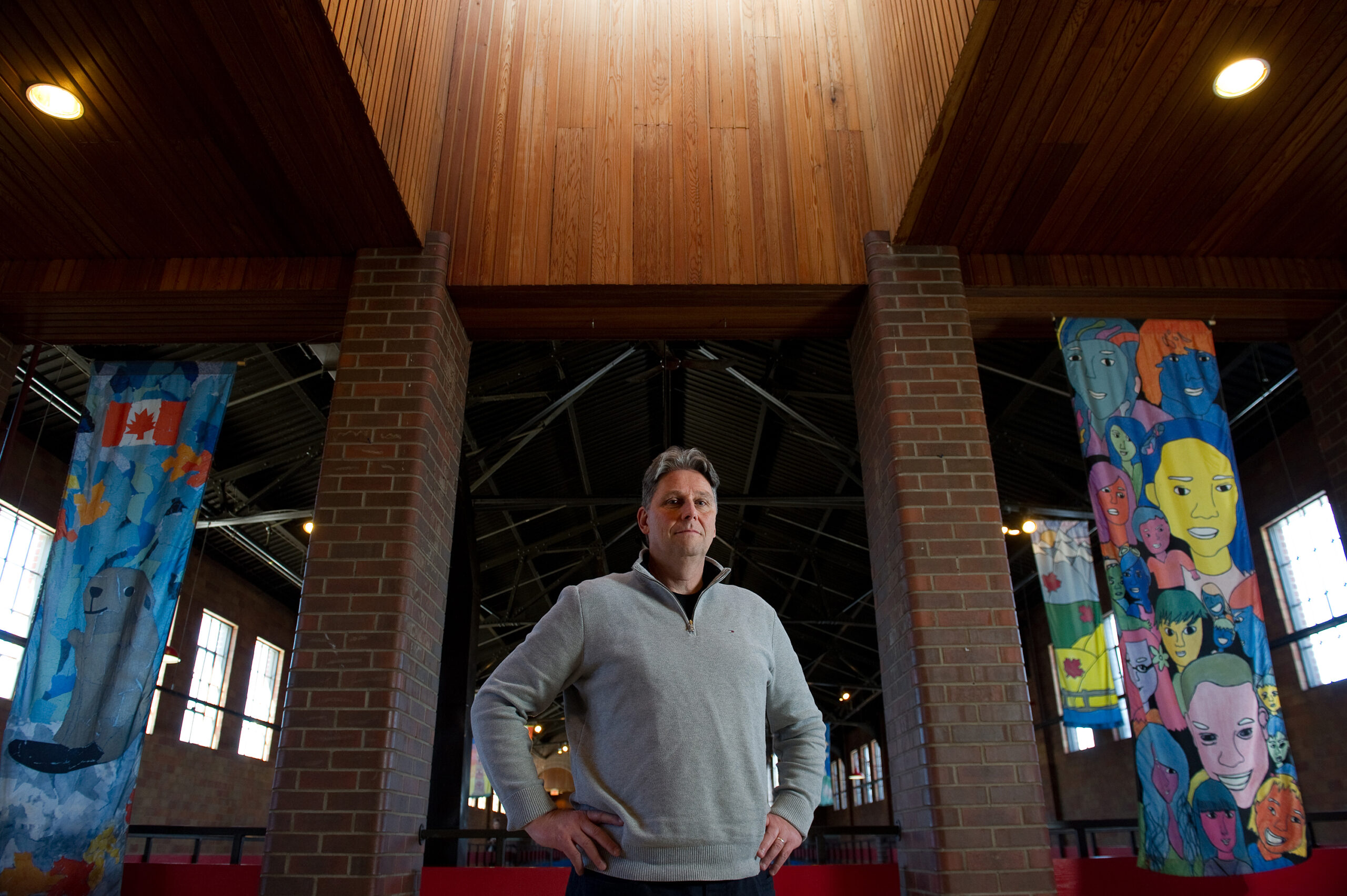 Darwin says he and his staff of two new hires – he’s planning to bring two more employees on board soon – are pushing full speed ahead to lure more vendors to both the ByWard and Parkdale markets. He’s also working with renowned local artist and history buff Andrew King on fresh branding and logos for the markets that reflect the areas’ past as well as the future.

Currently, about 200 farmers and artisans are licensed to sell their products at the ByWard Market, but typically only about 150 vendors are actually peddling produce or goods on any given summer weekend. Another 35 vendors are licensed at Parkdale.

Darwin sees plenty of room for growth in those numbers.

“We have tons of space,” he says, adding the two new enclosed stands near the main building that opened last year and now house year-round stores “are working out really well.” He says the structures, which were funded by BeaverTails at a cost of $100,000, could serve as a model for enticing other types of vendors to set up shop in the Market 12 months a year.

“My biggest mandate is to get more people (to the ByWard Market) and at Parkdale. There’s tons of potential here.”

Still, he concedes it won’t be easy, especially in the face of competition from weekly markets at Lansdowne Park and other venues.

“Trying to find those folks and interest them in coming down year round will be a challenge,” Darwin says. “The younger couples that are buying 25 acres and putting in (fruits and vegetables), they’re heading to the weekly markets, if you will, because that can accommodate their production. The thought of coming down every day to either Parkdale or ByWard is beyond the scope of their small operation.”

Another priority for Ottawa Markets will be sprucing up the city-owned building at ByWard Market Square, which Darwin says is badly in need of a makeover. The city has stepped up to guarantee a $1-million line of credit for capital improvements, and a new firm, Paradigm Properties, has been brought in to manage that building and 70 Clarence.

“It’s a little tired,” Darwin says of the 92-year-old central market building. “We could use some money, some investment in here.”

The company’s five-member board headed by former councillor Peter Hume is expected to present the city with a five-year plan in May outlining its strategies for attracting more visitors and new business.

On a typical summer weekend, about 50,000 people file through the ByWard Market area, Darwin says, a number he’s aiming to grow. Darwin says he’d love to see more events such as outdoor concerts in the area and hopes to partner with Ottawa Tourism on new ventures to draw more crowds such as the ones that flocked to the Market to witness the mechanical creatures of La Machine last summer.

“I think anything that brings more people down here like we saw this summer, 2017, if the place is jammed, you’ll find very few people complaining,” he says, adding he’s already met with a number of vendors and representatives from the ByWard Market Standholders Association to discuss ways of injecting new energy into the neighbourhood.

“I think because I’m in the honeymoon period, everyone’s happy to see me, anxious to work with me.”