When Jo Riding and Janna Glenn first became involved with the Canadian Tulip Festival four years ago, the non-profit organization responsible for the perennial spring celebration was hundreds of thousands of dollars in debt. Moreover, it had drifted away from its mission of commemorating the relationship forged between Canada and the Netherlands during the Second World War.

Recognizing these issues, former festival president and chair Grant Hooker, owner of Canadian-based franchise BeaverTails, had stepped back into the leadership role to create a modern festival. One of his first moves was to call in Riding and Glenn to see if they could work their marketing magic on Ottawa’s longest-running and most-attended event.

The two business women immediately put the “petal” to the metal. Hooker liked what he saw and asked them to take over in 2019, allowing him to step away in 2020 to assume the honorary role of director emeritus with his wife and BeaverTails co-founder, Pam Hooker.

“He announced to us he felt he’d found the right folks to take it forward into the future,” said Riding, now executive director of the Canadian Tulip Festival, during an interview alongside Glenn, director of operations. “Of course, what a future it’s been.”

Among the obstacles they faced: a port strike in Montreal that led to a three-week delivery delay of tulip bulbs; flooding in the Netherlands that nearly drowned tulip bulbs destined for Ottawa; and a two-year pandemic that meant programming and activities were switched online. Not to  mention the usual havoc that either too warm or too cold weather can wreak on the blooming process. “Certainly, there’s never a dull moment,” joked Riding.

This May, crowds will be welcomed back in-person to celebrate the festival’s 70th anniversary and admire the 300,000 tulips at Commissioners Park at Dow’s Lake. Expect tulip-mania, with perennials of all colours and varieties spread out over 24 flower beds. 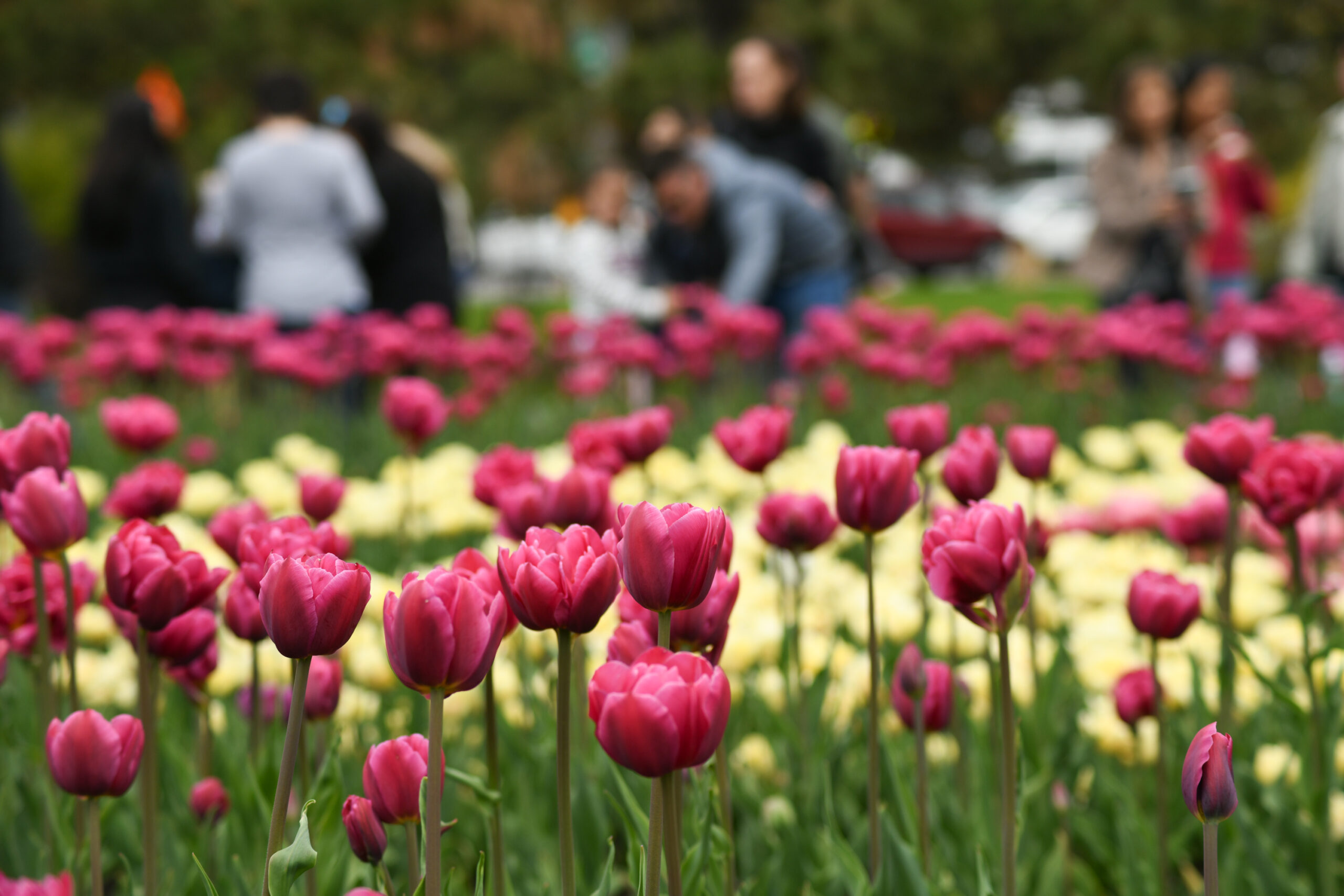 One of the first things the women did when they restructured the festival was to move it back to Commissioners Park, where the tulip beds are. Also a priority was getting the Embassy of the Kingdom of the Netherlands and National Capital Commission involved again.

They diversified income streams so that the non-profit organization could start making money. “We did a lot of cutting — a lot of cutting,” said Riding, who closed down the office and took it virtual by 2019.

The festival now sells thousands of tulip bulbs for people to plant at home, as well as cut tulips for delivery. Both ideas, introduced during the pandemic, have been highly successful.

“Did we plan on becoming florists? No, but COVID had other ideas, so here we are,” said Riding of the 85,000 stems they brought in last year. “We sold out every morning in under an hour. This time, we’re bringing in 300,000 stems. I hope it’s enough.”

All funds raised help to keep the festival free for the public to enjoy, the women pointed out.

They also worked on growing the event’s appeal to age groups outside the 65-plus category. “One of our goals was to create programming that would resonate at any age,” said Riding. 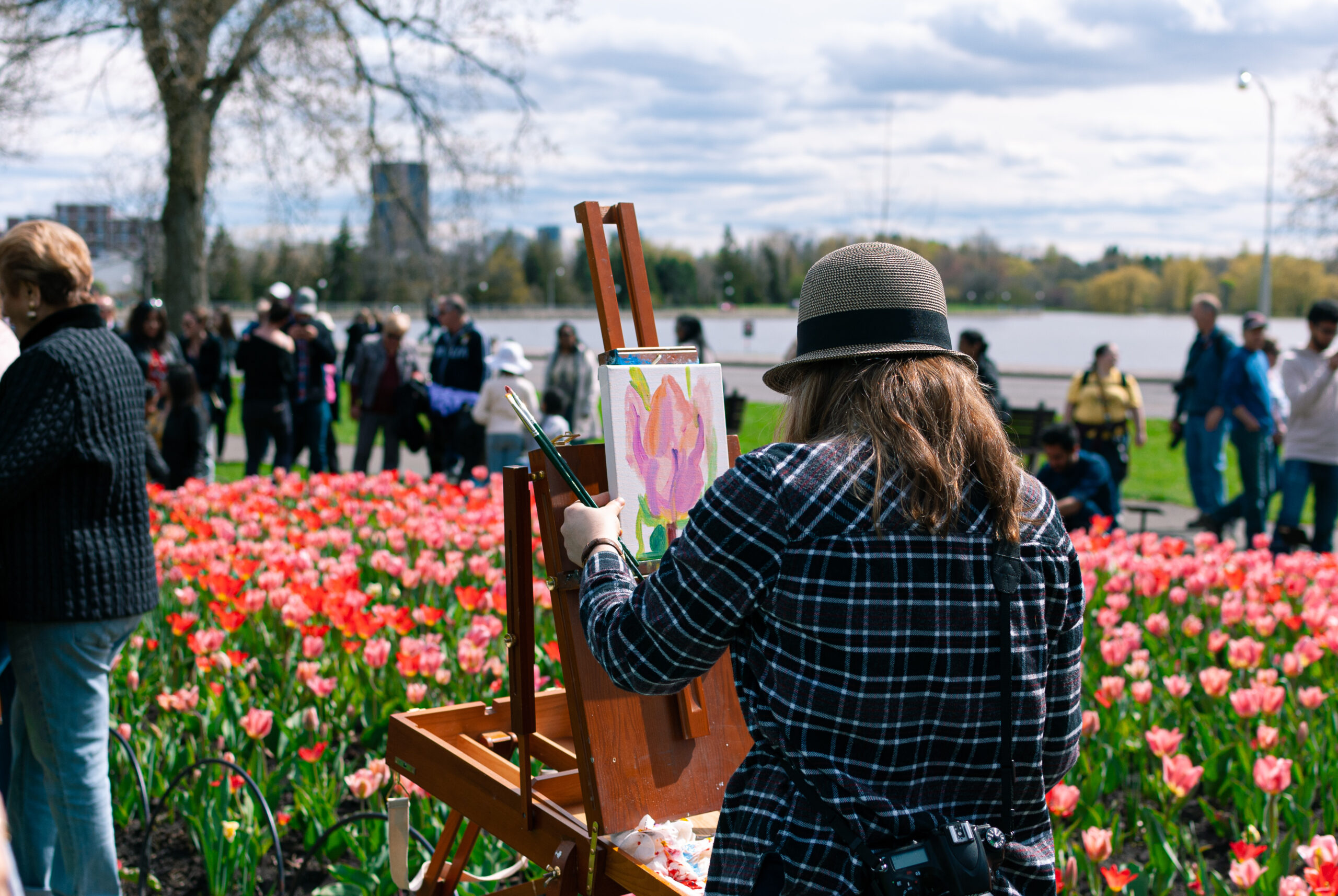 The women see the festival as being in a healthy spot for its 70th anniversary and for the return of visitors.

From guided walking tours, to workshops, to food trucks and fireworks, there are dozens of events happening over an 11-day period from Friday, May 13 to Saturday, May 23.

“Keeping a dedicated and devoted fan base of over 350,000 over two years tells us just how much we mean to the country,” said Riding.

This year, the festival is lighting up Commissioners Park at night. The boardwalk will be lined with flower boxes of glowing tulips, with the help of ultraviolet lights. The festival partnered with the National Film Board to add outdoor movie nights. The festival is partnering with Cobblestone Tours to introduce vintage trolley rides that visit Dow’s Lake while also stopping at major downtown hotels. During the festival’s final weekend, families can catch a ride on the small replica train that will run along Queen Elizabeth Drive.

Also new this year is a live plant exhibit to showcase the Netherlands’ efficient and sustainable ways of farming. The festival is bringing back its artisan and crafts boutique, both at the park and online.

The first Canadian Tulip Festival was held in 1953. It was led by the Ottawa Board of Trade, at the suggestion of world-renowned photographer Malak Karsh.

Its roots stretch back to 1945, when the Dutch royal family sent 100,000 tulip bulbs to Ottawa in gratitude for Canadians having sheltered the future Queen Juliana and her family during World War II. Canada also played a role in the liberation of the German-occupied Netherlands.

In a nod to the past, organizers are erecting a vintage World War II train station to recreate, with the help of audio and film, the excitement of soldiers coming home from war. There will be a Heritage Canada war brides display, a veteran’s ceremony at the National War Memorial, and a living wall memorial to honour the past.

“This isn’t something you just pay lip service to,” said Riding. “These are real boys who really lost their lives and who did that for freedom.”

Riding and Glenn are part of a seven-person team that runs the entire show with the help of 350 volunteers. Riding, a former film and television producer, is the CEO of full-service digital agency Karma Creative Solutions, while Glenn, whose background is in photography, web development and graphic design, is her business partner and a distinguished graduate of Algonquin College.