Some things are worth waiting for, including the opportunity to hear Jamaican-born Canadian entrepreneur Wes Hall speak at a special dinner hosted Thursday night by the business students of Telfer School of Management.

The Entrepreneurs’ Club, which is a student-run organization at the University of Ottawa, had to wait more than two years, for the worst of the pandemic to pass, before it could hold its 31st annual Toast to Success event. It made up for lost time by bringing in Hall, the newest star to join the panel of investors on CBC reality television series Dragons’ Den and one of the most influential Canadian businessmen as a voice for equitable change.

Hall received a friendly welcome, via video, from one of his friends, Canadian mining executive and philanthropist Ian Telfer, after whom the business school is named. Some 280 people attended Thursday night’s dinner, held at the Fairmont Château Laurier.

As the founder and executive chairman of Toronto-based Kingsdale Advisors, Hall has earned himself such monikers as The Fixer and the King of Bay Street. He’s built his fortune by providing strategic counsel to companies dealing with hostile takeover bids. His firm has orchestrated multi-billion-dollar deals for Air Canada, Citigroup, Tim Hortons and Petro Canada.

Hall is also the founder of the BlackNorth Initiative to eliminate systemic anti-Black racism in corporate Canada and to address the lack of diversity in boardrooms and corporate offices. “When you look around the room, think of the Black and Indigenous students that are in this program with you and make sure you don’t leave them behind,” the 53-year-old entrepreneur told the room during his fireside chat with Stéphane Brutus, who just celebrated his first year as dean of the Telfer School of Management. The dean donned a BlackNorth Initiative T-shirt beneath his dark suit jacket.

Hall also donates his time and money to a number of causes. It was announced by Brutus at the dinner that Hall, the recipient of an honorary doctorate degree from the University of Ottawa in 2021, has established two full scholarships at the Telfer School of Management for Black and Indigenous students in finance.

Young Black professionals such as Ottawa lawyers Patrick Twagirayezu and Phedely Ariste bought tickets to the event when they heard Hall would be speaking. “He’s someone we look up to,” said Twagirayezu, an associate at employment and labour law firm Emond Harnden who, much like Hall, rose from humble beginnings.

“Wes Hall is a huge leader in the community, especially for members of equity-seeking groups and for the business community at large,” added Ariste, an associate at Gowling WLG. “We’re just happy to be here and to get to listen to him, up close and personal.”

The evening was presented by BMO, which was represented on stage by Rick Campagna, regional vice president of BMO Financial Group. The dinner started off on a lively note with a performance by Ivory Coast drummer Fana Soro. He had many folks in the room up on their feet, dancing and clapping along. The event also featured a silent auction of artwork done by Black artists. 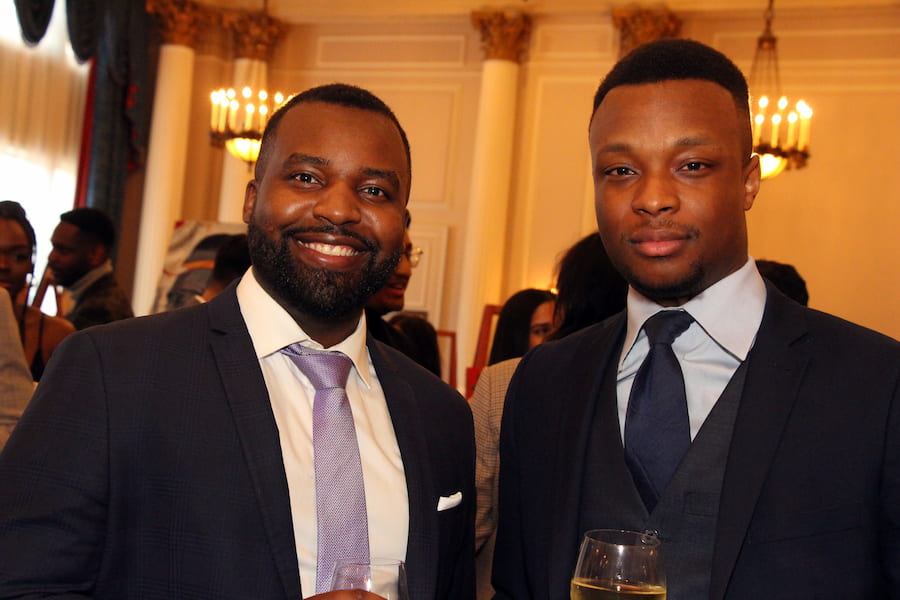 Hall spoke on stage for about 45 minutes, with the room growing so quiet at times you could hear a dessert spoon drop. His rags-to-riches story is remarkable. He was raised by his hard-working grandmother in a tin shack on a plantation in rural Jamaica. He moved to Canada in his teens, working a string of jobs, including junior mailroom clerk at a law firm.

“When you think of that journey, from that plantation to accolades, it shows you that nothing is impossible,” he told the crowd while a couple of old images from his childhood, of him with his grandmother, of their shack, flashed on the giant screens. He keeps a photo from those days prominently displayed at his Bay Street office for visitors to see, both to honour where he came from and to honour the country he came to, he told the room.

“We should never be ashamed of coming from humble beginnings. We should embrace it because it helps to shape the person that we become.”

These days, Hall rubs shoulders with some of the most powerful people in the country. And he’s one of them. He sits at #18 on Maclean’s 2022 Power List, a ranking of 50 influential Canadians.

On the subject of his philanthropy, Hall used the analogy of a first-responder at a fire scene. The married father of five sees it as his role to go back in and pull out as many people as he possibly can when it comes to rescuing others from a life of poverty.

When speaking about systemic racism, he shared shocking examples of how he and his children have experienced racial discrimination, despite being one of the wealthier families (and only Black) living in the affluent Toronto neighbourhood of Rosedale. He’s been mistaken for a parking valet and a security guard. Four years ago, while driving his Ferrari on Bay Street, a criminal lawyer gave him his business card in case he ever needed his services.

“When a Black person is experiencing systemic racism, they know; they’ve experienced it before. When my kids are walking home and they see people constantly walking to the other side, they know what’s happening.”

Hall also took a moment to encourage budding entrepreneurs in the room to audition for the Dragons’ Den show. He mentioned that he’d listened that night to a few casual pitches, some of which he thought were great. Others, not so much.

“The good thing about the Dragons’ Den is we want both to be on the show. That’s what makes television.” 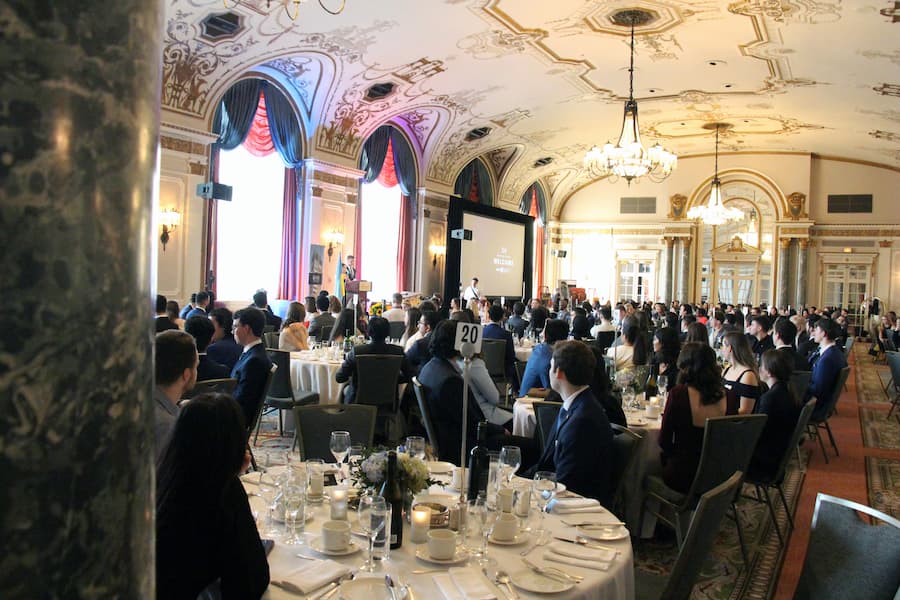