One had the feeling there was nothing the women at Friday night’s RedBlacks Women’s Training Camp couldn’t tackle — including, if necessary, 300-pound men in tight pants running straight toward them.

The popular fundraiser for the OSEG (Ottawa Sports and Entertainment Group) Foundation was back at TD Place stadium after getting benched by the pandemic over the last two years.

The event saw 250 women buy tickets, helping to raise $100,000 for the Foundation and its goal of keeping young girls physically active. Teenage girls drop out of sports at dramatically higher rates than their male peers, according to Canadian Women & Sport. Among girls who participated in sport, one in three left by their late teens, it found. By comparison, the drop-out rate for boys is only one in 10.

The pandemic has made matters even worse.

The women were having the time of their lives while learning the basics of football through a series of drills and exercises led by Ottawa RedBlacks players who ticked all the boxes as far as being funny, charming, helpful (and handsome!) are concerned.

“They’ve been fantastic, and ready to put all their efforts into making this the best night ever, ” Meghan Connolly, a project manager at Intega IT, told OBJ.social.

Another first-time participant, Joanne Kudakiewicz, a wealth advisor at OneLife Wealth Management, revealed that she didn’t know what to expect coming to the stadium that day.

“This is really one of the best events that I’ve been to in a really long time,” said Kudakiewicz, who’s a big believer in trying new things. “We always tell people, ‘be comfortable with the uncomfortable.’” 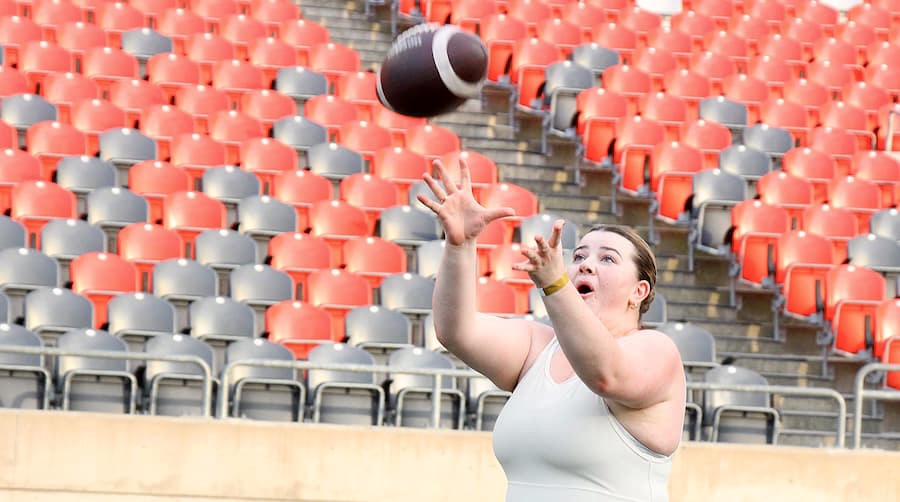 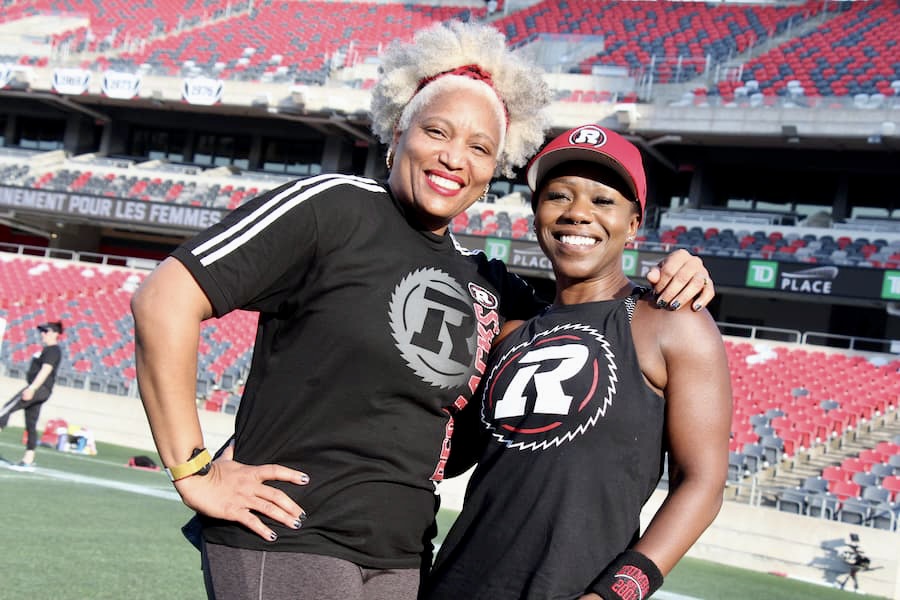 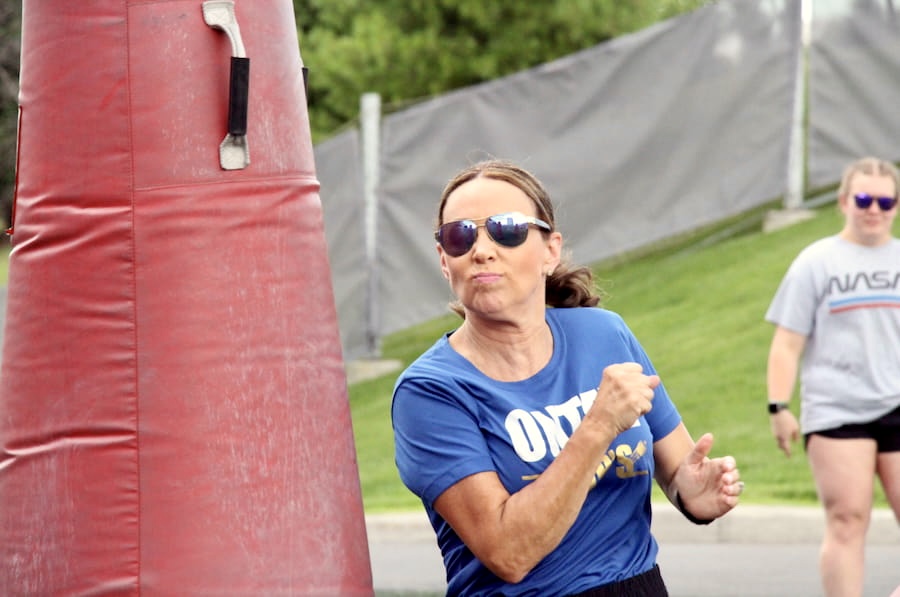 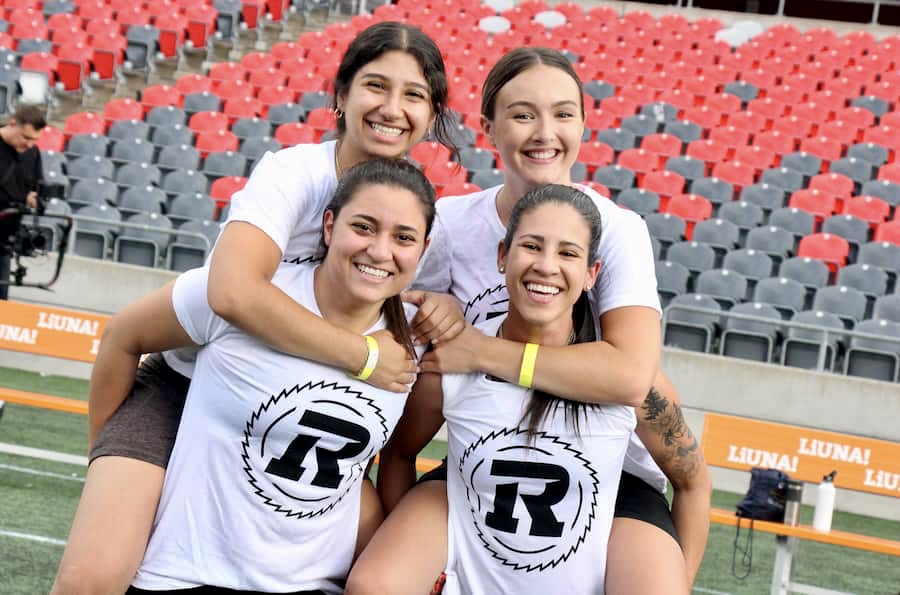 Participants got a warm welcome on the gridiron by RedBlacks head coach Paul LaPolice, who also introduced the players as they individually jogged out onto the field to enthusiastic cheers and applause.

LaPolice said he likes the training night because it helps to educate women about the sport of football. “I think the cool thing is being able to tell the ladies something about the game and then having them go home and tell their husbands, ‘You don’t know what you’re talking about,’” he told OBJ.social good-humouredly. 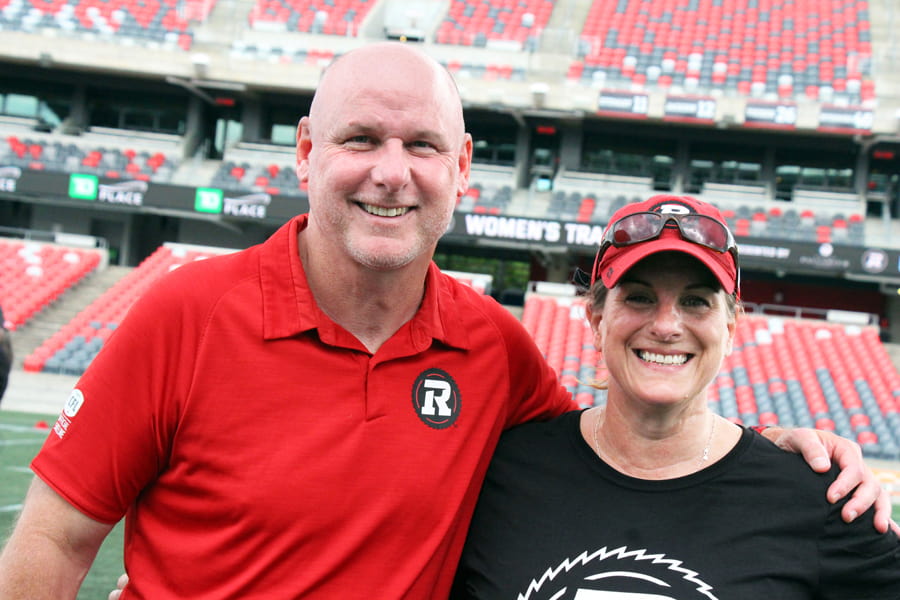 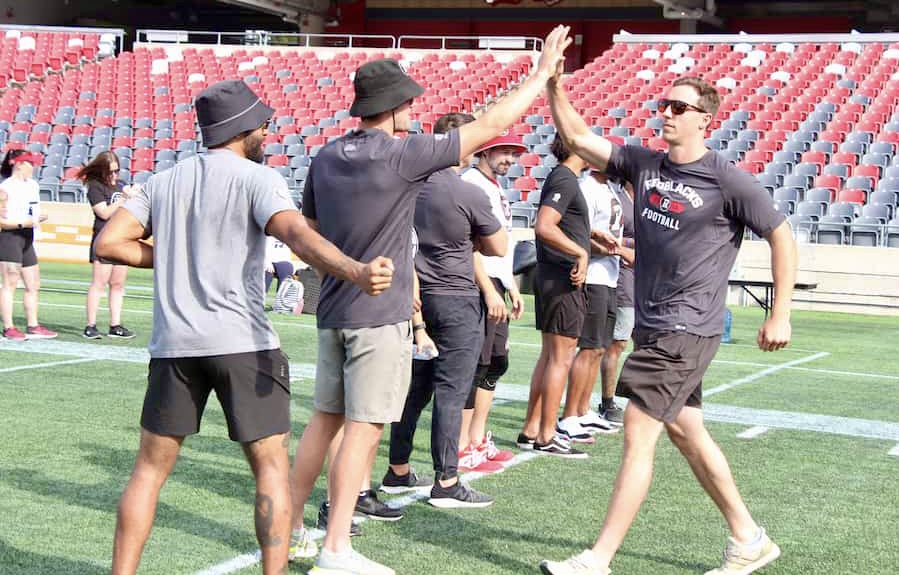 Among the initiatives that the OSEG Foundation supports are Sports Day the Girls’ Way and Girls on the Run Ottawa, the latter of which is a new after-school community program that helps girls in lower-income neighbourhoods develop social, emotional and physical life skills through sport. It culminates with their participation in a 5K run.

The presenting sponsor of RedBlacks Women’s Training Night was Palladium Insurance. It was represented by Sylvie Forget Swim, who’s the CEO of the insurance brokerage firm, as well as a partner. She’s also a member of OSEG Foundation’s community cabinet and is involved with Girls on the Run.

“I just want kids to learn that an active lifestyle is totally accessible,” she told OBJ.social.

Forget Swim grew up playing competitive sports and has completed 27 marathons. She took up running 17 years ago through the free strollercize classes offered to new moms at the Boomerang Kids store in Old Ottawa South.

She’s also seen the benefits of physical activity through her own daughter, a former competitive gymnast who, she said, continues to recognize the value of staying active for her mental health, self-worth and well-being. “Now, as an adult, she’s totally found her groove.” 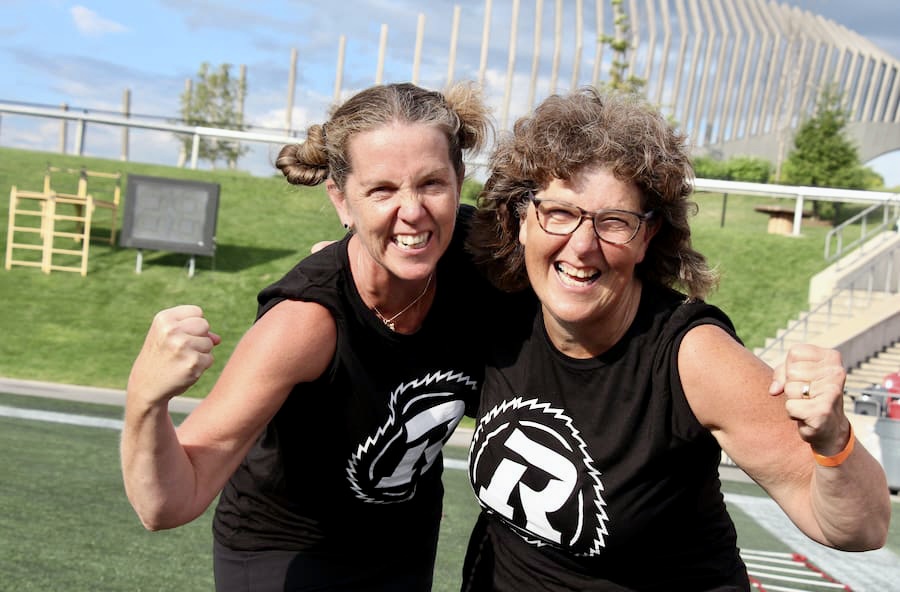 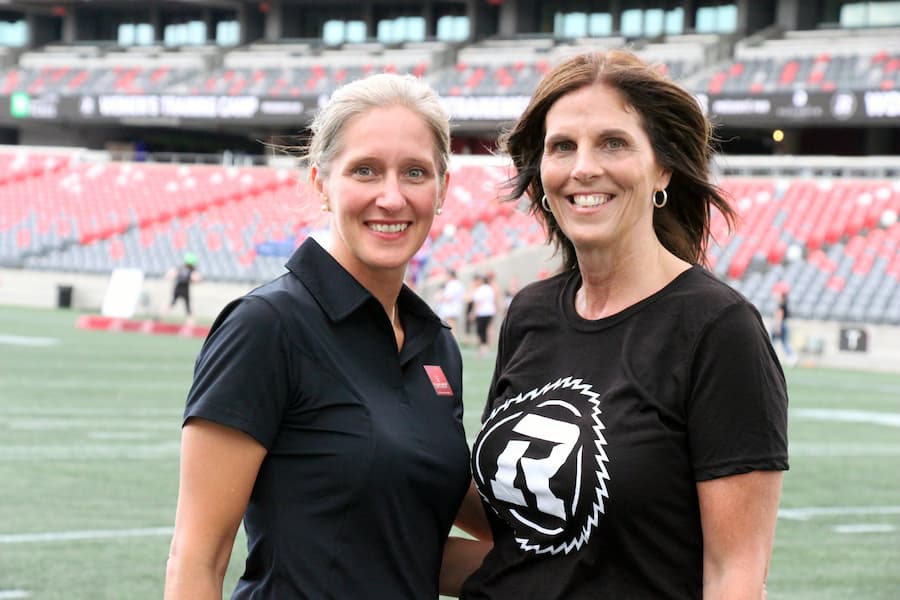 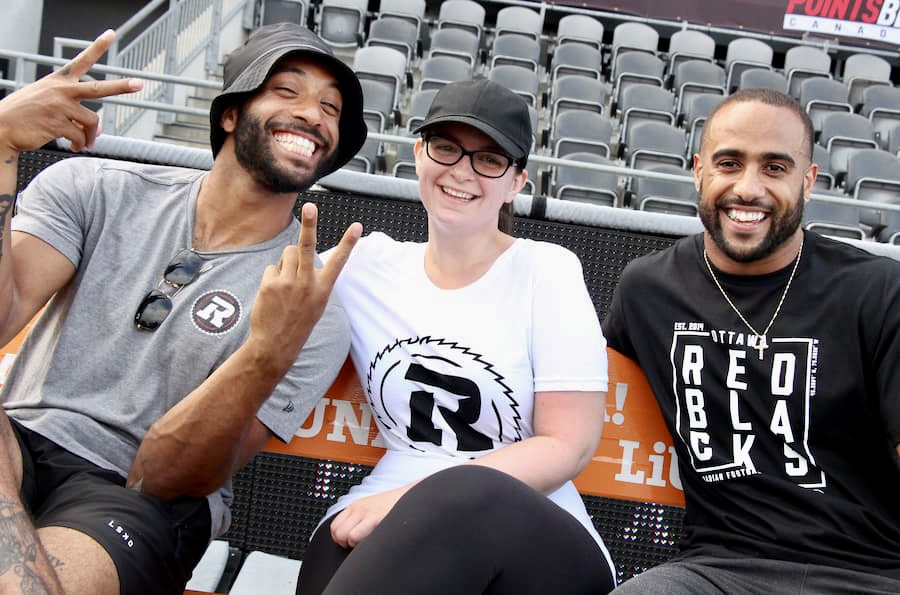 RedBlack defensive back Antoine Pruneau and his teammates led the women through warm-up exercises. “We’re going to start with 100 push-ups,” he said in what was the first of many jokes to come that night. Afterward, participants rotated with their respective groups through the eight stations. The women gave it their all, whether they were learning to kick a field goal, block an opponent or avoid a tackle.

During the drills, there were high fives, group cheers, and the sounds of good times and laughter. The fundraiser wrapped up with everyone coming together for a dinner reception.

There were many returning participants, as well as those with a love of football. Lena Gervais is a long-time season ticket holder and the mom of a talented football player. Her son, Xavier Gervais, is the team quarterback at Bishop’s University in Lennoxville, Que.  “I’ve been watching my son play since he was nine,” she told OBJ.social.

A future RedBlacks player, perhaps? “That’s his goal,” she responded with a hopeful smile. 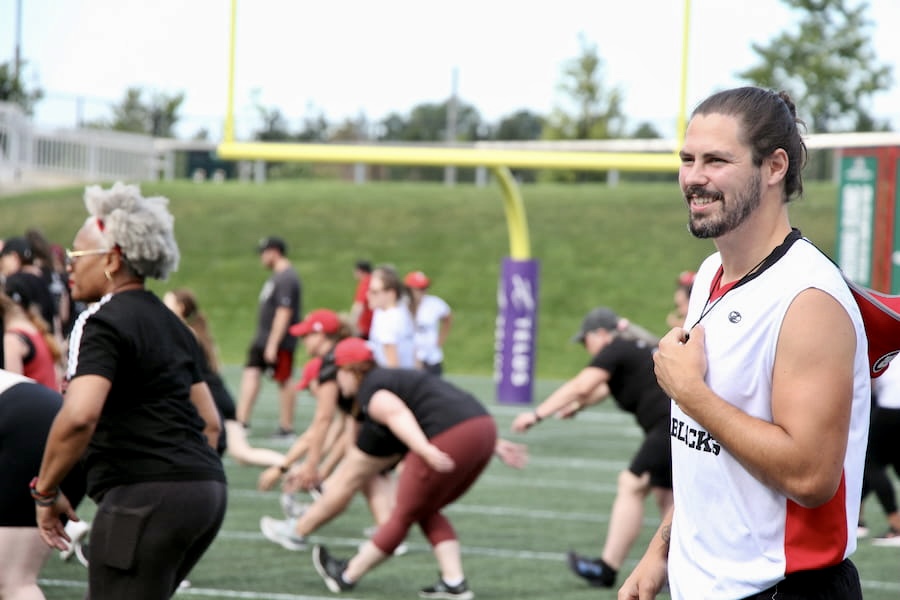 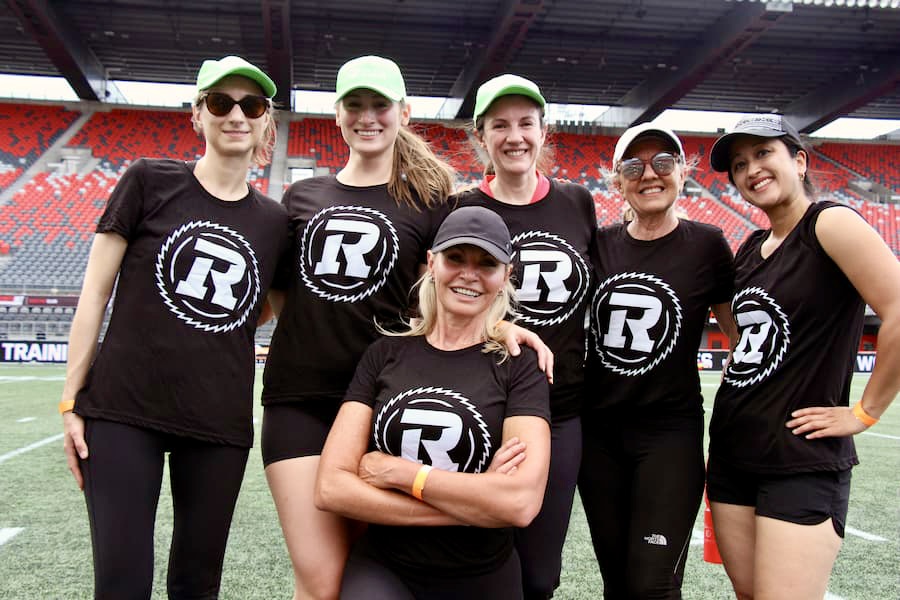 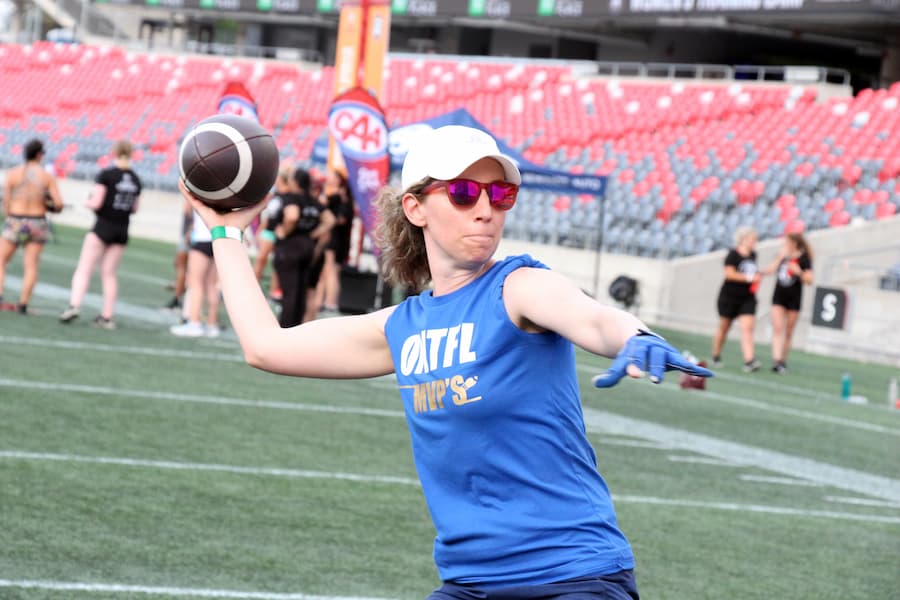 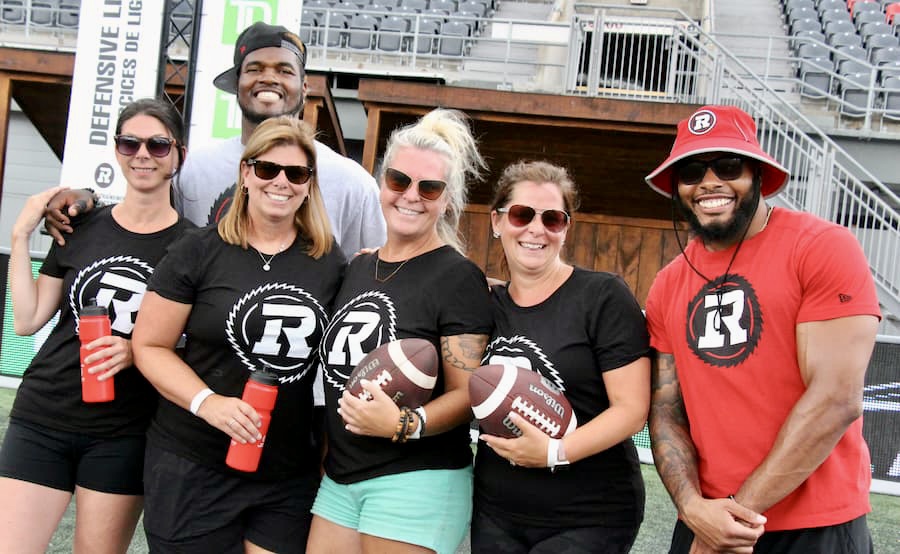 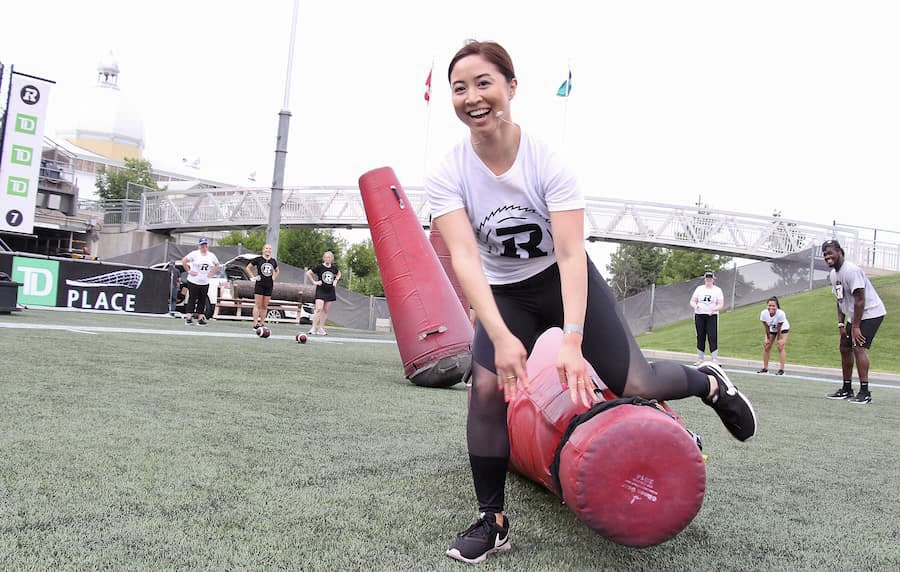 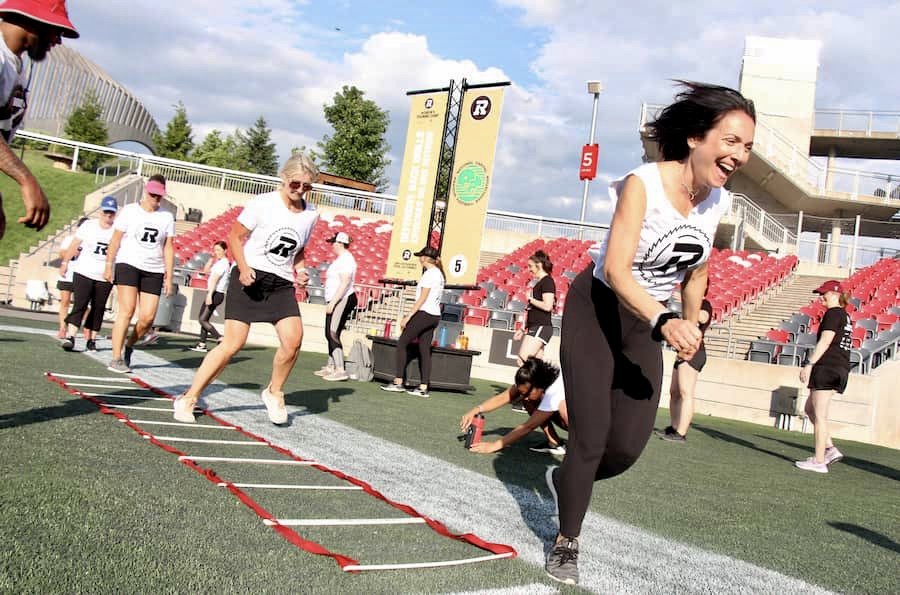 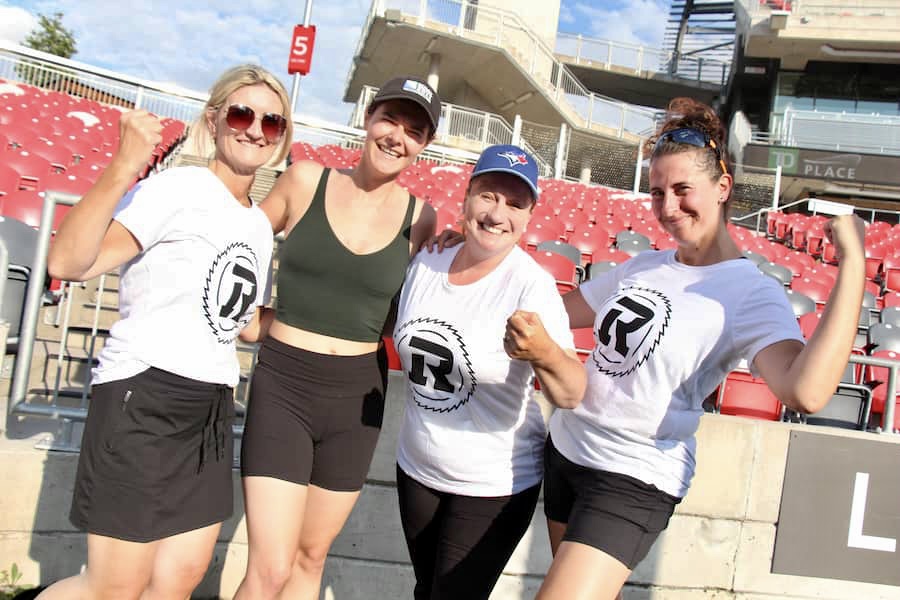 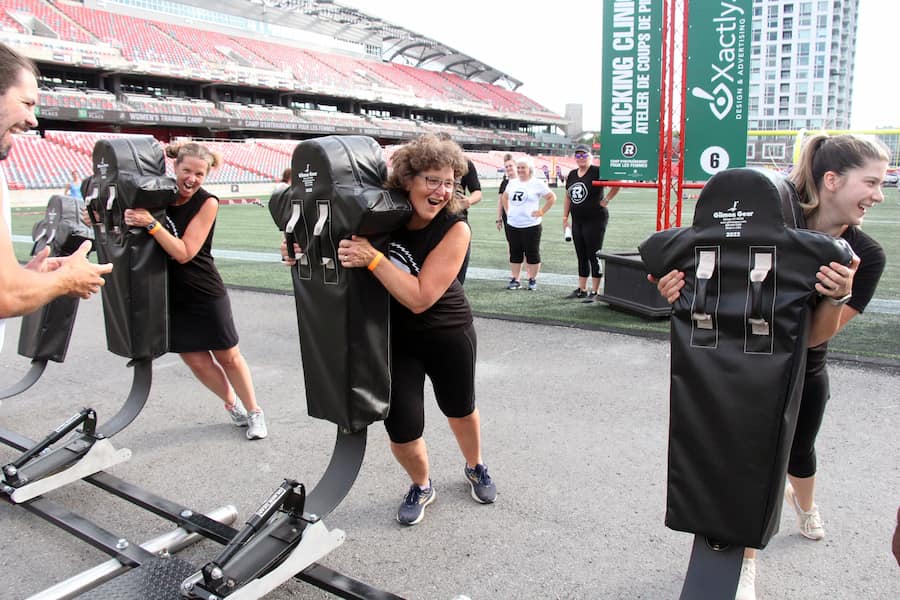 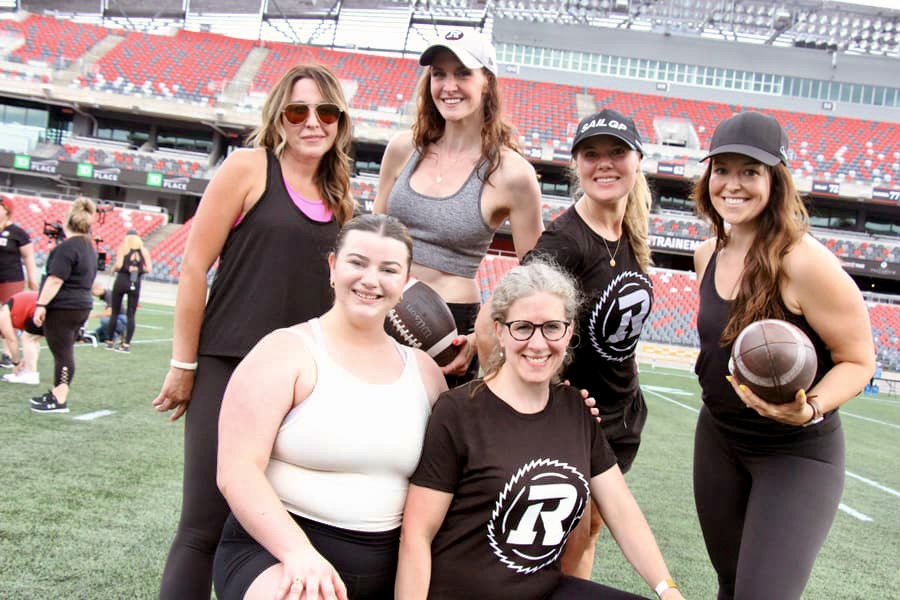 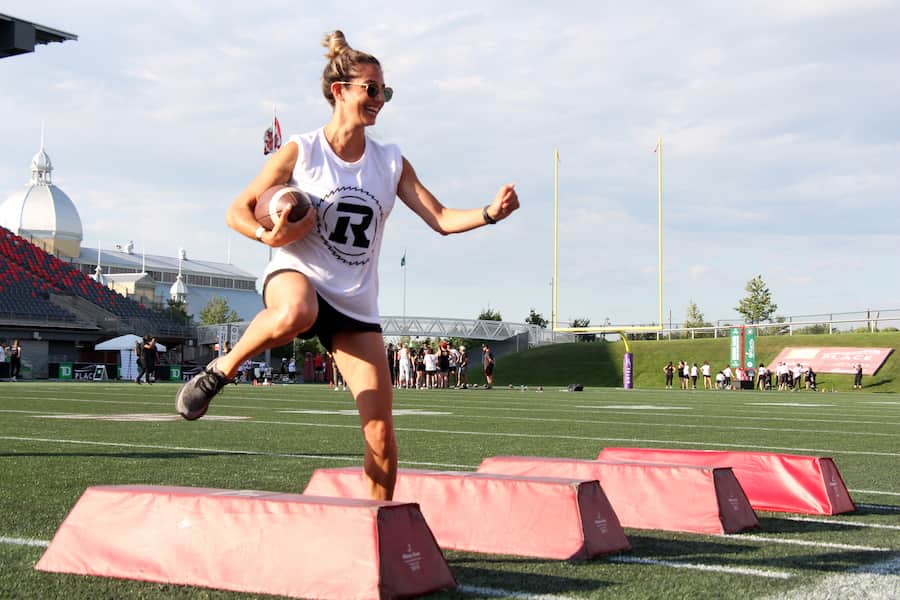 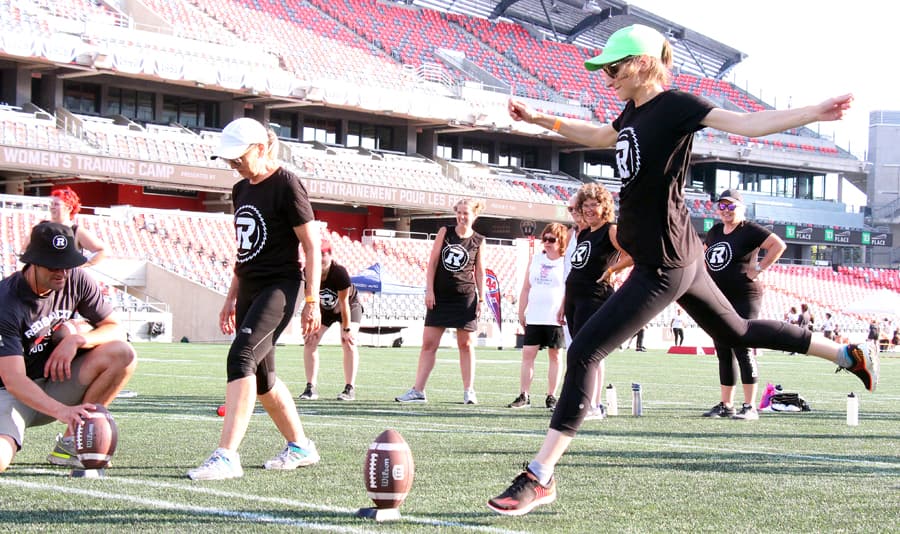