Best Places to Work: From life-long employees to newcomers – Attain is just one big family

Derrick Hanson is the co-founder and president of building tech company, Attain — and, as it’s his second company, it’s also technically the second job Hanson has ever had.

Hanson launched the company 17 years ago, when his kids were five and nine years old. “I’d been in another business that needed a lot of travel, and I didn’t want to be away from the kids anymore,” he says.

So, Hanson decided to create a workplace “where I wanted to go to work every day,” he says. And Hanson made it happen not just for him, but for his colleagues, too; in 2022, Attain won an Ottawa’s Best Places to Work award. Hanson says that family is probably Attain’s number one value. “There’s a very flat, non-hierarchical structure, such that everybody feels like they’re welcome, and that they have a voice,” he says.

Even more like a family, Attain is made up of a mix of generations, from people who have worked at Attain since its inception, to those who are just starting out their careers.

“We take a chance on people who say, ‘I have no experience’,” Hanson says. “We’ll hire people who have some level of education and are creative, but what we see is something in their style of working, or in their attitude, that fits well with our culture.”

The same goes for its clients; Attain is very intentional about who it works with, with Hanson often turning away work if he knows another company is better suited for the gig. “It’s more important for us to get to know our clients as human beings, and hopefully someday our paths cross again,” Hanson says. Amanda Vick, technologist at Attain, has been with the company for just over a year. While she studied architectural technology at school, she says that Smart buildings (IT, AV, Security) was completely new to her. Despite this, the team at Attain encouraged her to tap into her existing expertise, and to grow from there.

“No matter what you’re doing, or what you’re learning, everyone’s always encouraging you to try something new, or to just do it your own way,” she says. “We want to see your thoughts and your opinions.” 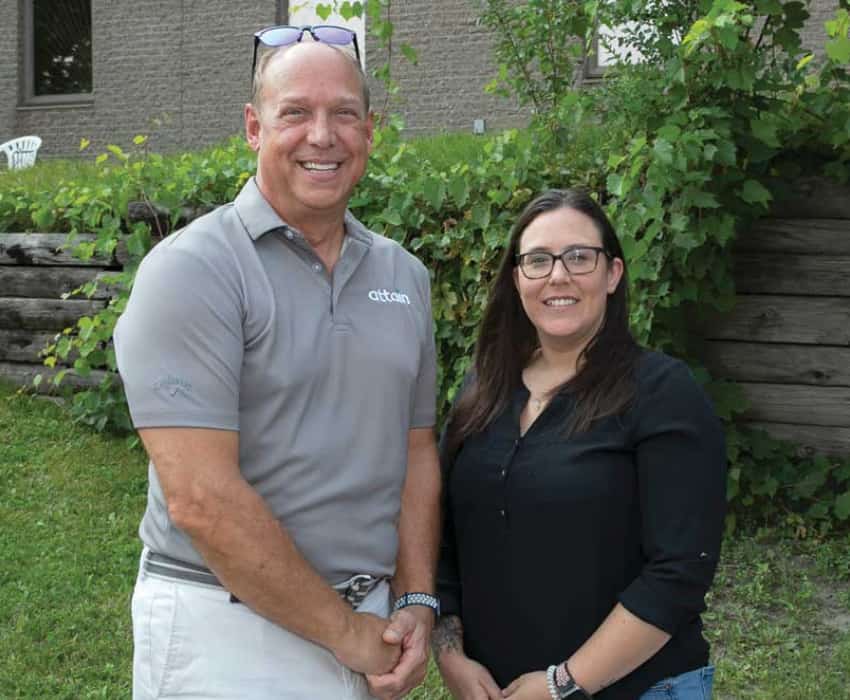 When Vick joined the team, Hanson says, managers had to draw straws to decide which team Vick would end up in — that’s how in-demand her skills were. “It’s a genuinely enjoyable place to be with really good people who are all smarter than I am,” Hanson says. “It makes it really easy to be a leader of this organization because [my team] brings all these amazing, terrific ideas.”

Hanson is very up-front about his goals: he wants his employees to stay at Attain for life, and he puts in the work to make it happen. “[It takes] constant challenge, constant encouragement, making sure that the benefits, wellness packages and flexibility are there,” he says. An example of this is that six months before the pandemic even hit, Attain had already moved to a hybrid work model.

It’s working out well so far for Vick. “Throughout my life, if I’m learning something new, I’m happy,” she says. “There’s so much to learn here, because it’s also an industry that’s constantly changing and evolving.”

And on the note of Attain being a big family? “I definitely feel like an adopted child,” Vick jokes.