Turn it up to 11: Rainbow Bistro is not only back, it’s better than ever

It’s like the Rainbow Bistro found its pot of gold when a group of savvy businessmen, motivated by their love of music, banded together to save the music hall from closing last year.

Many of those business leaders were in attendance Saturday night for the grand reopening of the much-improved Rainbow, located on the second floor of 76 Murray St. in the Byward Market.

“As you know, we almost called it quits last fall but we were lucky to meet some very important people who offered to help us out — my five CEOs, I call them,” Rainbow Bistro president Danny Sivyer said on stage as he welcomed an enthusiastic crowd of more than 100 music lovers. “These guys, all being Type A people, were very, very active. They met with me every week since September.”

Each businessman tackled a different task or project, from fundraising to relaunching the website to acquiring a new digital state-of-the-art sound system and new production lighting. “They worked hours and hours and hours for, basically, the love of music,” said Sivyer. “I have to thank them because, really, I wouldn’t be here today without the five of them.”

Many of the businessmen who got involved are also amateur musicians on the side.

Fun vibes filled the music hall that night as award-winning local blues artist JW-Jones performed on stage with Jacob Clarke, on guitar and double bass, and Will Laurin on drums. Their performance was exciting and the music quality sounded excellent. If only the crowd could have cut loose on the dance floor but, alas, such public health restrictions have not yet been dropped due to a pandemic that put a lot of live music venues on permanent mute.

“I want to thank all the CEOs involved in saving the day here at the Rainbow Bistro,” said Jones on stage while riffing on his guitar. Without missing a beat, he then added: “And CEOs, don’t forget us at your next summer or Christmas party.”

The reopening of the Rainbow also served to launch a new crowdfunding campaign. In keeping with the Rainbow’s 37th anniversary, the campaign aims to raise $37,000 in 37 days, with all funds being used to hire musical artists to perform at the Rainbow in 2022.

Crowdfunding donations can be made through The Rainbow’s website. The campaign features several incentives, including a pair of tickets to an upcoming VIP show with a major Canadian recording artist. 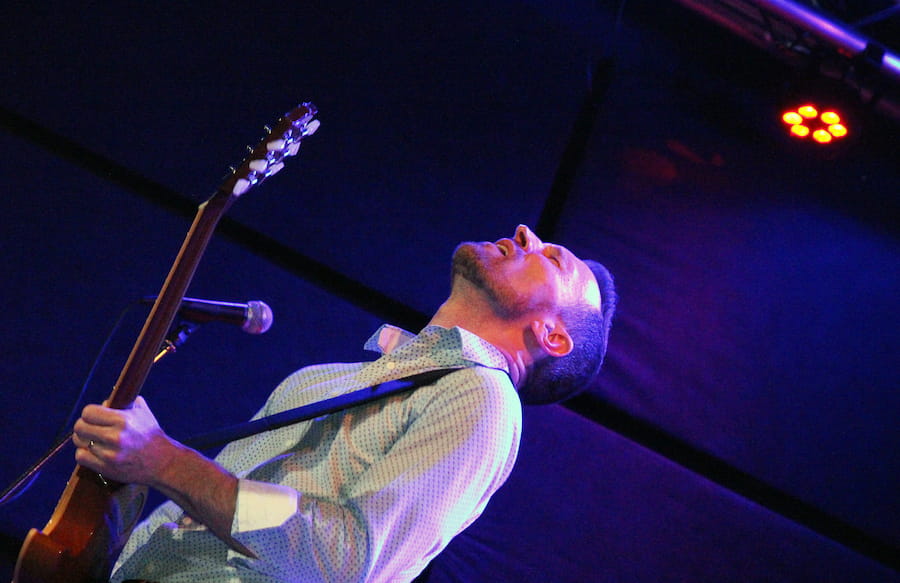 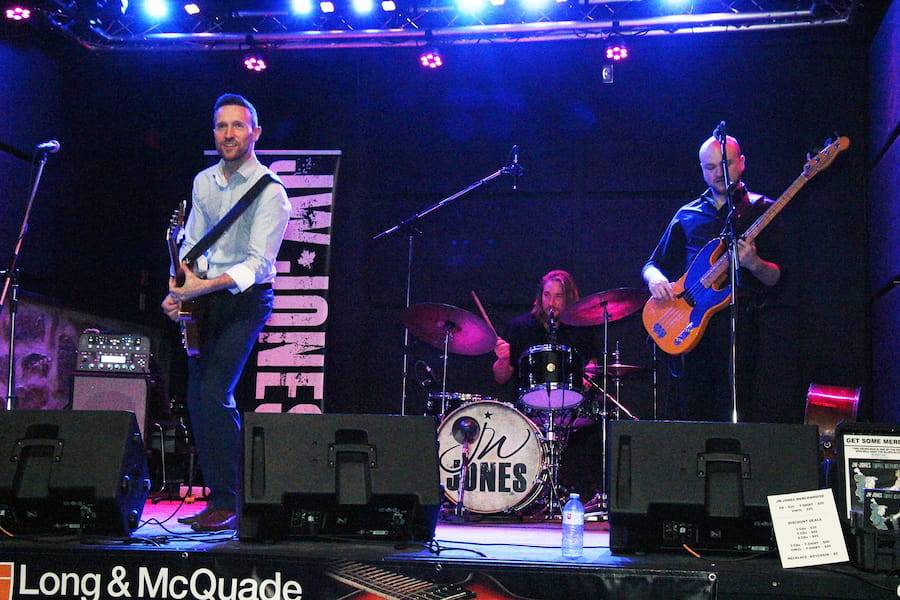 On the subject of big name artists, Jim Cuddy of Blue Rodeo fame has plugged the campaign (their first gig in Ottawa was at the Rainbow). So has singer-songwriter Colin James, who’s played there “countless times”. The Tragically Hip, k.d. lang and Jeff Healey are also among successful bands and artists to have graced the stage over the years since the Rainbow first opened in 1984.

The Rainbow rescue effort is about community coming together, said Ford, who’s “extremely proud” of how many individuals and businesses chipped in to help. “You talk about a village, that it takes a village. Well, it’s been a village to make this night happen.

“I know when I look back on my career this is going to be one of the highlights,” said Ford, who runs a half-billion-dollar tech company.

Among those there from the music industry were Erin Benjamin, president and CEO of the Canadian Live Music Association, and Karim Rostom and Steve Foley from the Ottawa Music Industry Coalition. 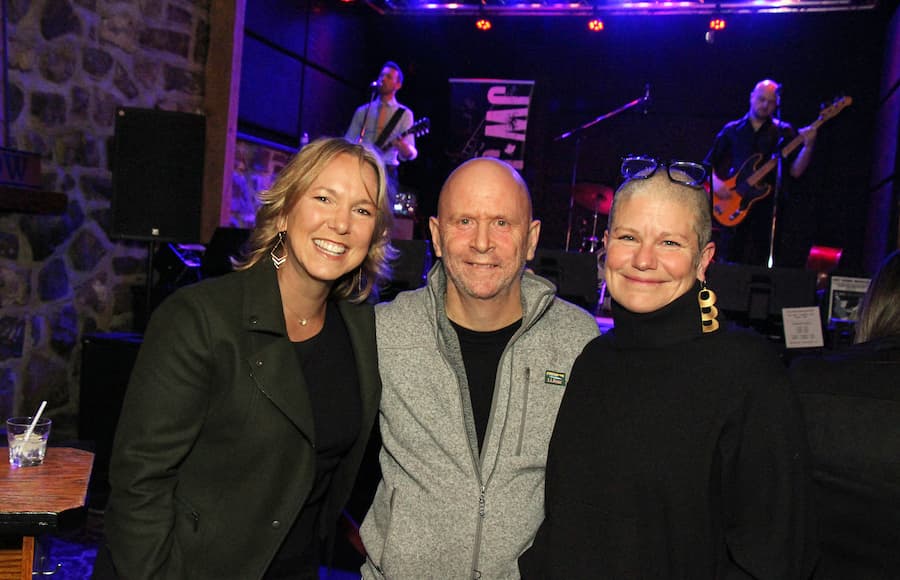 Jastremski acknowledged that he had initial concerns about the venue’s future, especially after he did the math. “I sent a note to Kevin saying, ‘This is a really tough slog’ and I outlined all the reasons why. And then he called me and said, ‘I know it’s a tough slog. Are you in?’ We kind of decided at that point that, of course, we would be in; there was never ever a question.”

The Rainbow is not only a legendary live music venue in Ottawa but it also helps to support the development of artists in the community, he pointed out.

One of the goals of the group was to create a more sustainable business model for the Rainbow. Along with the sound and light upgrades, it added several stage and infrastructure enhancements, and now has video streaming capabilities.

Primary contractors for the project were Dalco Construction and Chris Heilig of Media Design Concepts.

The Rainbow also relaunched its website with the Ottawa-based Bandzoogle platform. It has e-commerce for tickets and merchandise, an improved calendar of events, a blog and photo gallery. 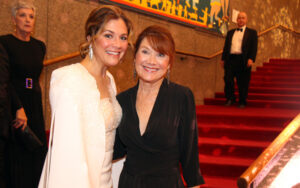 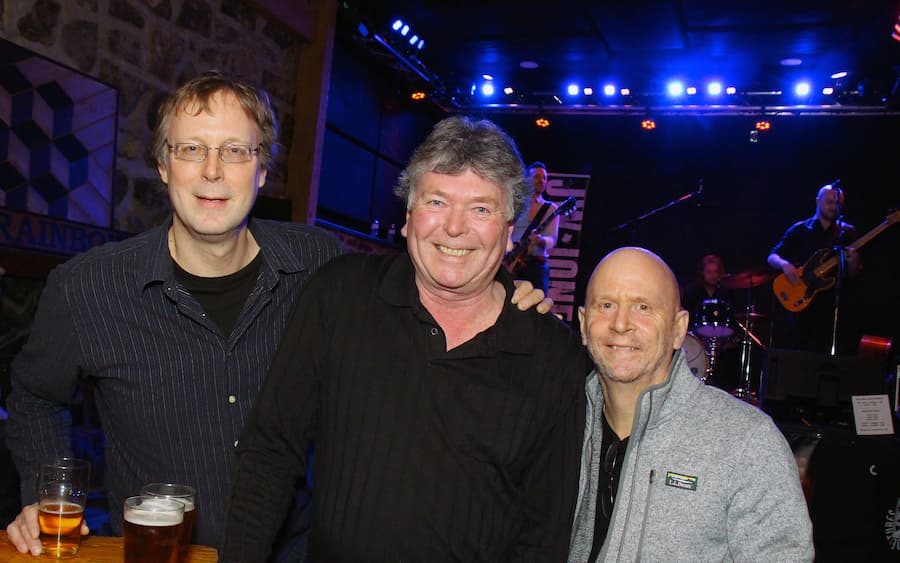 Kathryn Tremblay, CEO of Altis Recruitment and excelHR, used to pop over to the Rainbow for a drink and some live music at the end of the day with her co-founder and late husband, Toni Guimarães, when they were first building their company and working long hours. She has fond memories of those visits with Guimarães, who passed away from advanced prostate cancer in 2016.

“When Kevin Ford called and said, ‘Do you want to participate in helping to save the Rainbow?’ I felt really compelled,” said Tremblay. “I thought about it, for Toni, because it was such a great journey for us. It was so fun here.”

The Rainbow has always been a labour of love for Sivyer, whose day job is selling real estate with RE/Max. He told the crowd he’s been so inspired by efforts to save the music venue that he’s signed another five-year lease on the place. “So, we’ll be here for at least five more years,” he announced to loud cheers and applause.

See, some Rainbows are worth chasing.