A rapidly growing Toronto-based tech firm that helps speed the flow of data across wireless networks is building a research hub in Kanata North that ultimately expects to employ hundreds of workers.

Alphawave IP’s new facility, which will be located at 495 March Rd., is now in the design phase. The publicly traded company says it hopes to open the new building – which will include more than 18,000 square feet of office space as well as a design and testing lab totalling more than 5,000 square feet – by the end of the year.

Founded in 2017, Alphawave now has more than 250 employees in Canada, the U.S. and Asia. Its headcount includes more than 50 workers in the Ottawa region, some of whom are currently based at the company’s temporary Kanata office on Legget Drive. The firm said it expects the new space on March Road to house more than 100 employees by year end.

Alphawave established a foothold in the region late last year when it acquired Nepean-based telecommunications consulting firm Precise-ITC, which develops IP for telecom and semiconductor giants such as Ciena and Cisco, for US$25 million.

Alphawave co-founder and CEO Tony Pialis told OBJ it was always his plan to expand the firm’s presence in Kanata, which he calls one of the country’s “few hotbeds” of electrical and fibre-optic engineering expertise. He said the new facility will be the firm’s second-largest design lab and could eventually surpass Alphawave’s Toronto location as the company’s main Canadian R&D hub.

“We’re tapping into that great pool of talent that’s already established in Ottawa.”

“We’re tapping into that great pool of talent that’s established in Ottawa,” he said, citing the capital’s world-class universities and legacy of telecom networking know-how that was fuelled by the rise of companies like Nortel and Newbridge Networks.

The 20-year tech veteran came of age when the likes of Nortel and Research in Motion were dominating global markets with cutting-edge products that were designed and built in Canada. The serial entrepreneur sold his previous venture – an IP company called V Semiconductor – to California-based chip-building powerhouse Intel in 2012. Pialis said this time around he was determined to “build something significant” that would remain headquartered in his native land and rekindle the kind of innovation that Nortel and RIM were once world-famous for.

“When I started Alphawave, I decided we’re not going to sell this off to an American company,” he said. “That’s been my private passion – to continue to grow and build this great semiconductor company that we can be proud of.

“What we need to do as an industry in Canada is give (telecom engineers) a home to work in Canada, working on leading-edge technologies, developing really cool stuff so that this brain drain that we’ve been writing about forever, we can slow down and stop and even reverse and bring some of these great Canadian engineers back so they work from Canada.” 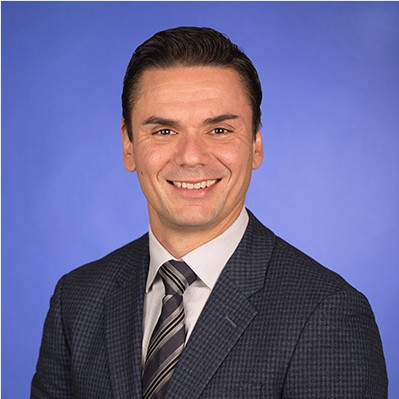 Alphawave, which debuted on the London Stock Exchange in May 2021, specializes in technology that accelerates the movement of data through electric and fibre-optic cables.

As Pialis points out, only the last five per cent of that journey from data centres to billions of devices like smartphones and laptops is actually wireless. The rest of the trip is done via physical cables, and that’s where Alphawave’s technology comes in.

“You have all this information hitting these data centres,” Pialis explained. “In order to enable more users, more content, you need more bandwidth. That’s what we do – we drive bandwidth.”

Demand for Alphawave’s products has soared since the beginning of the COVID-19 crisis as traffic on cloud-based networks has skyrocketed amid a proliferation of Zoom calls, live-streamed programming, online fitness classes and more. Its customers now include five of the world’s seven largest semiconductor companies.

The company’s revenues grew 170 per cent year-over-year to US$90 million in fiscal 2021, and it opened its first U.S. office in San Jose this spring. Pialis said Alphawave’s headcount is on pace to surpass 700 in the not-too-distant future, with about half of those workers based in Toronto and Ottawa.

Like tech firms everywhere, Alphawave has had its work cut out for it over the past few years competing for top-tier talent in what Pialis describes as a “screaming hot” market.

But the recent industry-wide drop in tech firm valuations amid widespread stock selloffs has triggered talk of a recession and prompted some companies to scale back hiring efforts and even lay off workers.

Pialis said it remains to be seen how it all plays out for the tech industry.

“There’s a lot of caution,” he said. “We’ll see what that does to the hiring community in general. For us, we’re still hiring.”