There’s nothing glamorous about something as lonely and isolating as mental illness – except for that one night a year when Ottawa’s business and community leaders come together to celebrate those who are breaking down stigma barriers and boosting awareness over mental health issues. 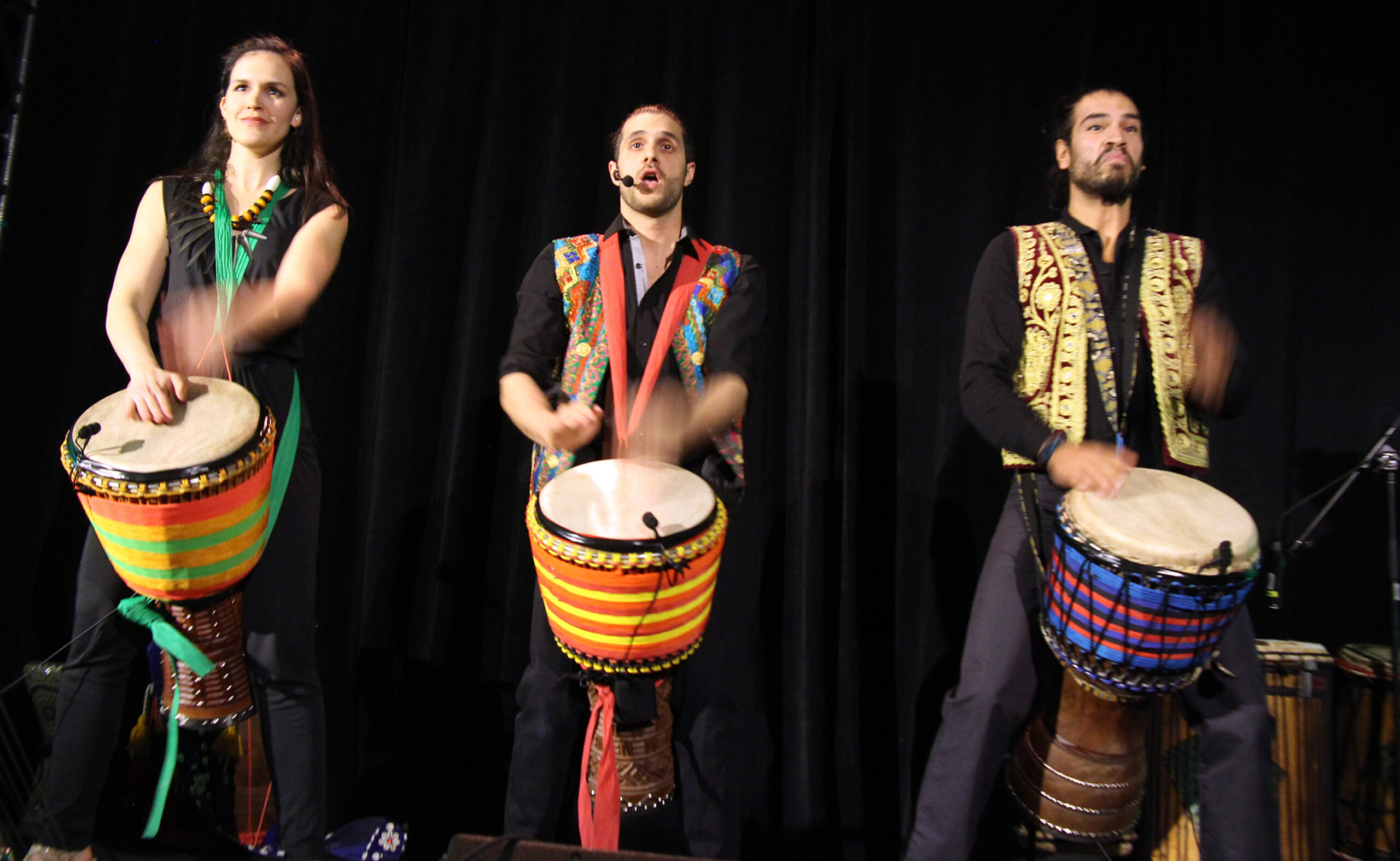 Special guests included honourary patron Margaret Trudeau, joined by her daughter Ally Kemper. Trudeau, who’s been candid over the years about her struggles with bipolar disorder, is a former Inspiration Award recipient. So is mental health leader Daniel Alfredsson, ex-captain of the Ottawa Senators. He has a sister with generalized anxiety disorder.

For George Weber, it was his final Inspiration Awards Gala as president and CEO of the Royal Ottawa Health Care Group. He’s retiring – or, as he likes to put it, “re-wiring”. Under his 10-year leadership, The Royal has expanded its patient care and research and dramatically upped its profile in the region, the audience of 550-plus heard. 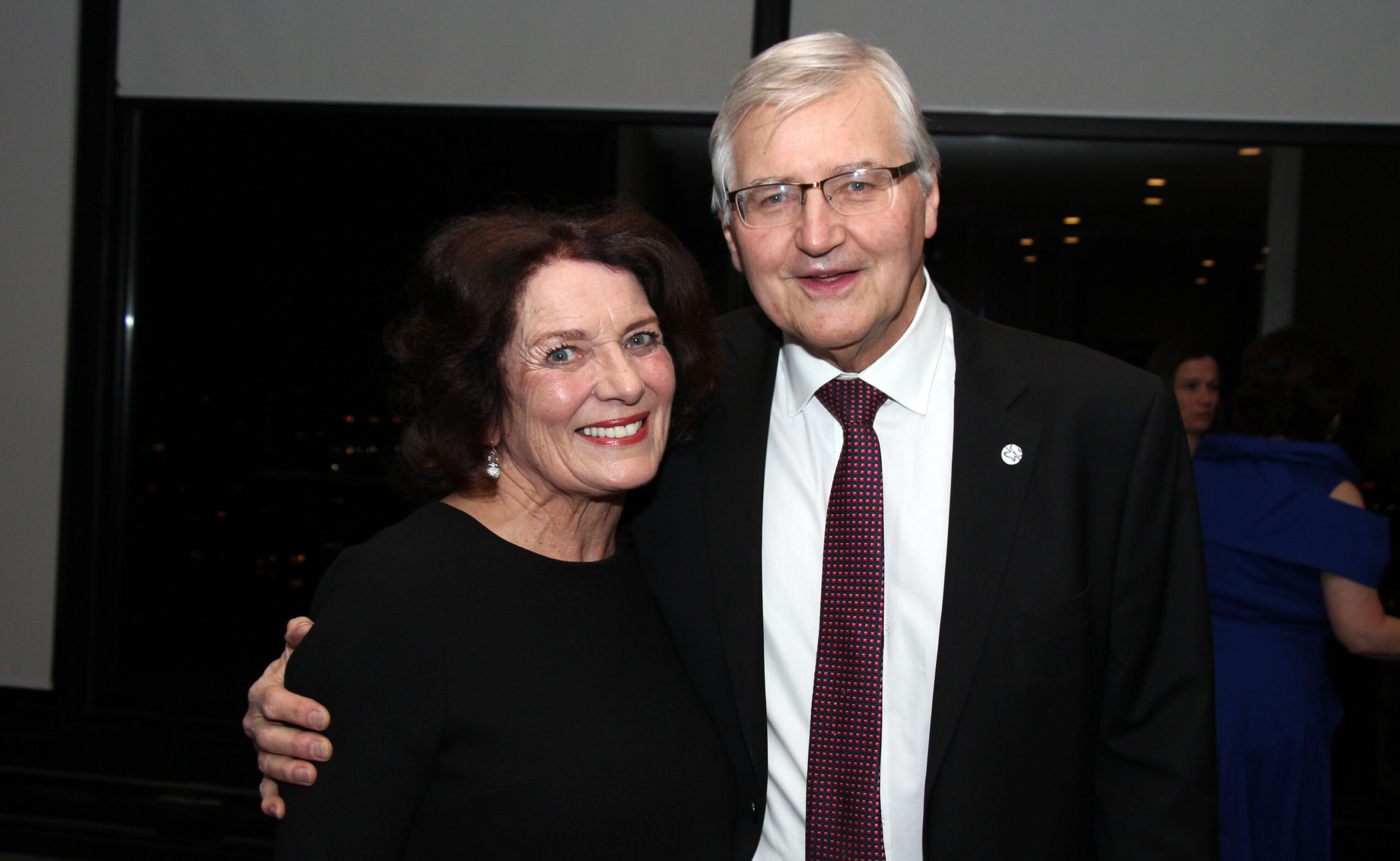 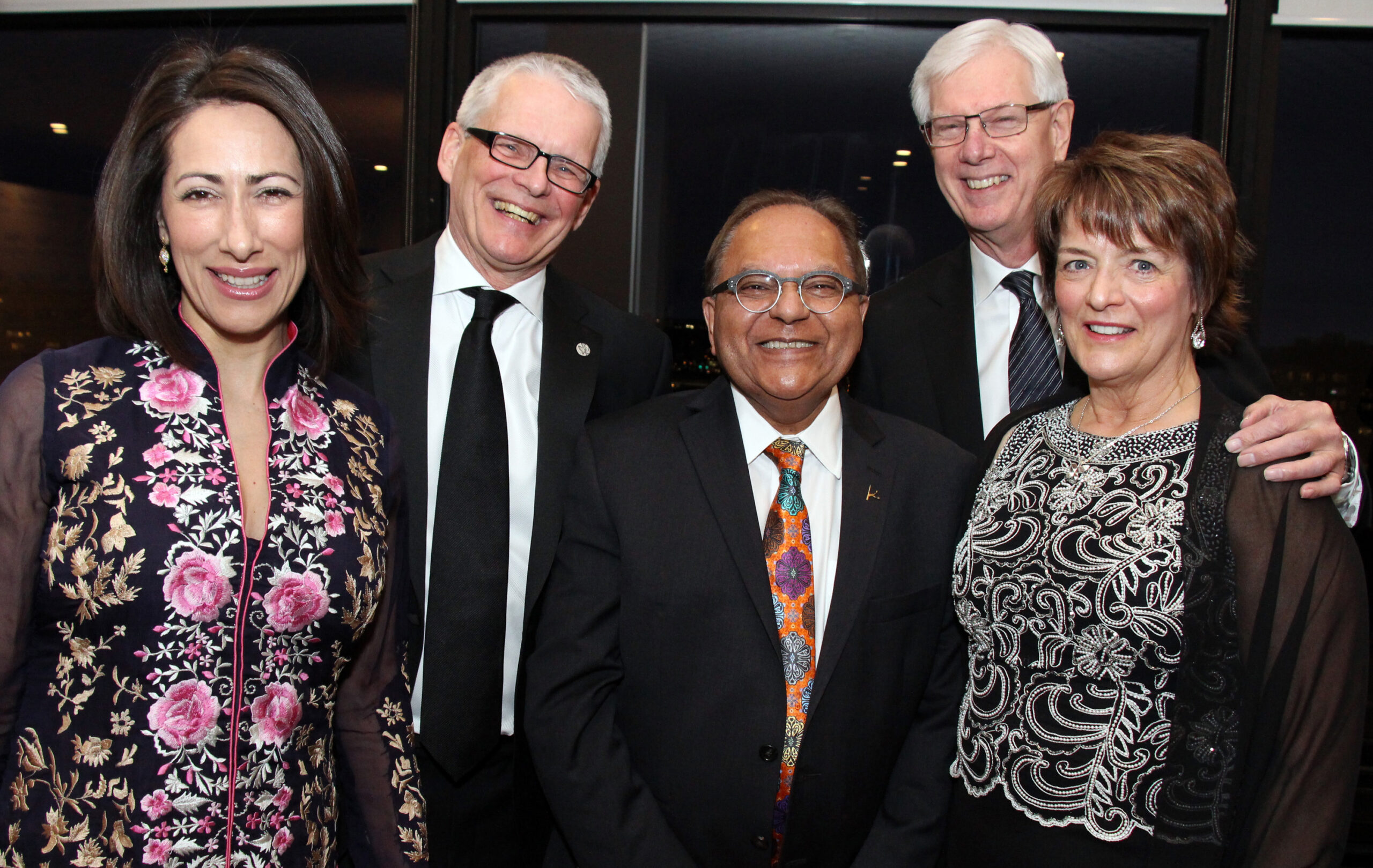 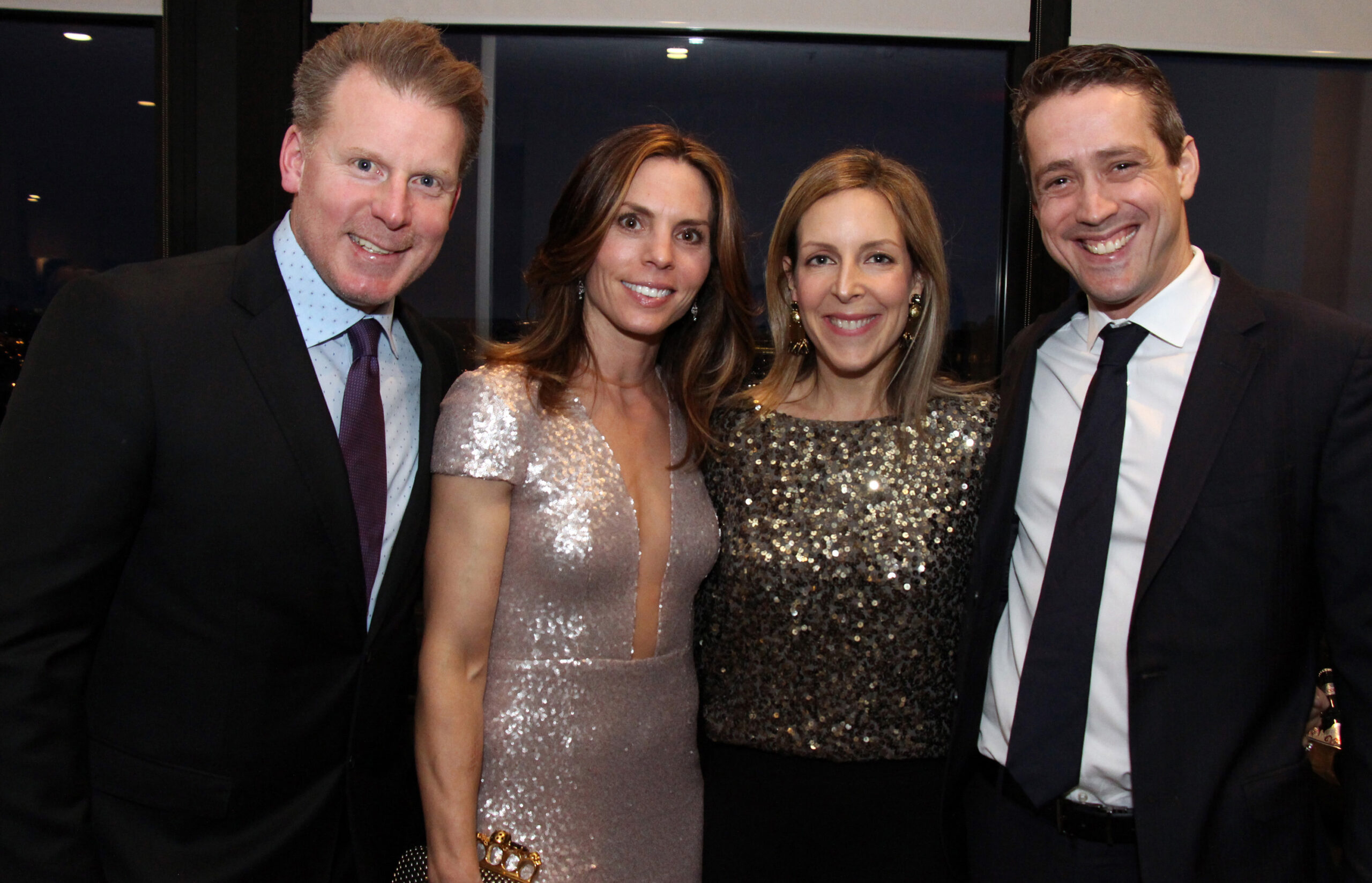 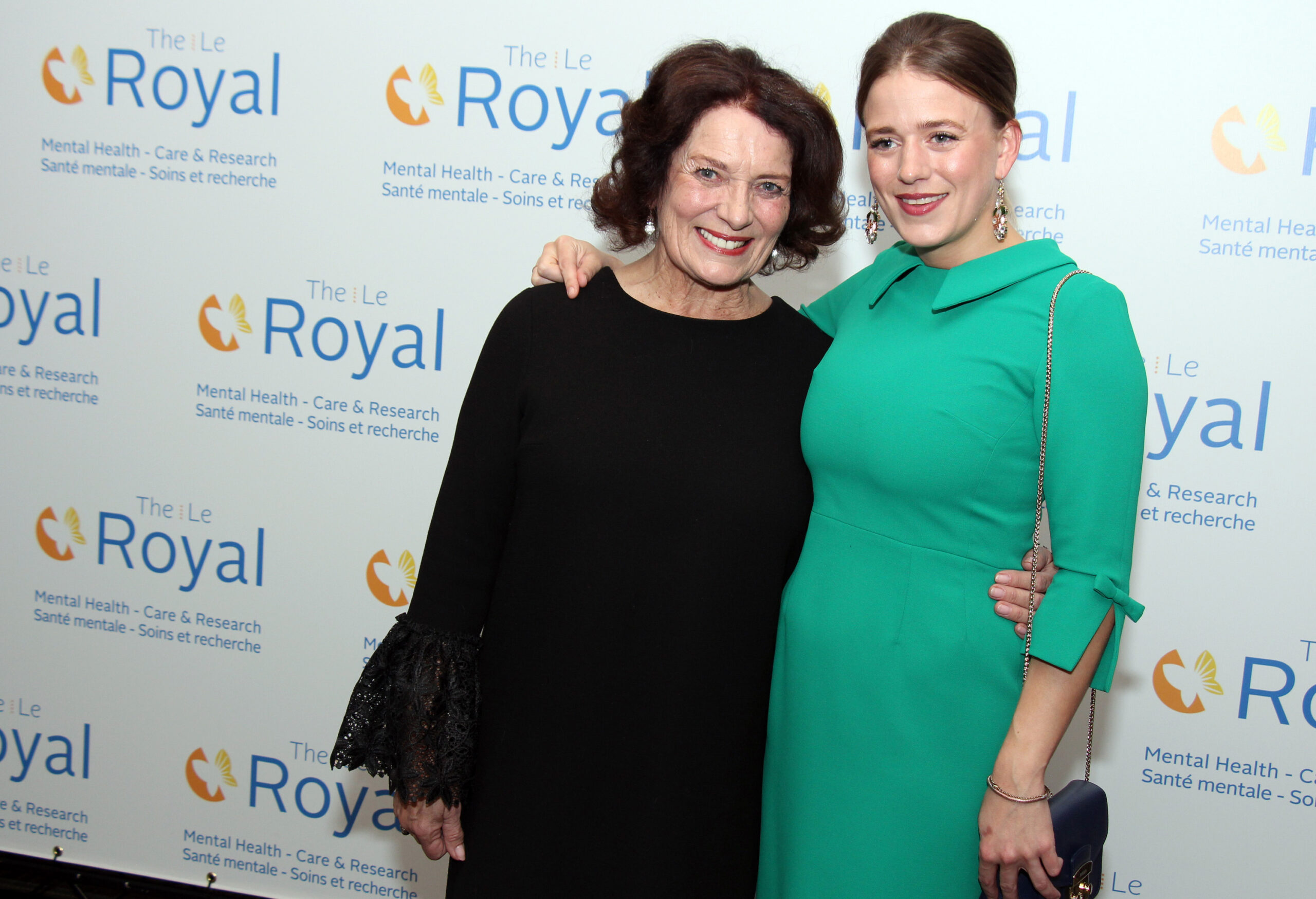 The gala, present by TD, marked the first for Mitchell Bellman as president and CEO of the Royal Ottawa Foundation. He took the job over nearly a year ago.

“I have learnt and experienced first-hand the intense loyalty that donors to the Royal have,” he said on stage. “Donors and leaders in mental health share one thing in common: they know someone close to them who has suffered and struggled with mental illness, and they know that the system could be better. 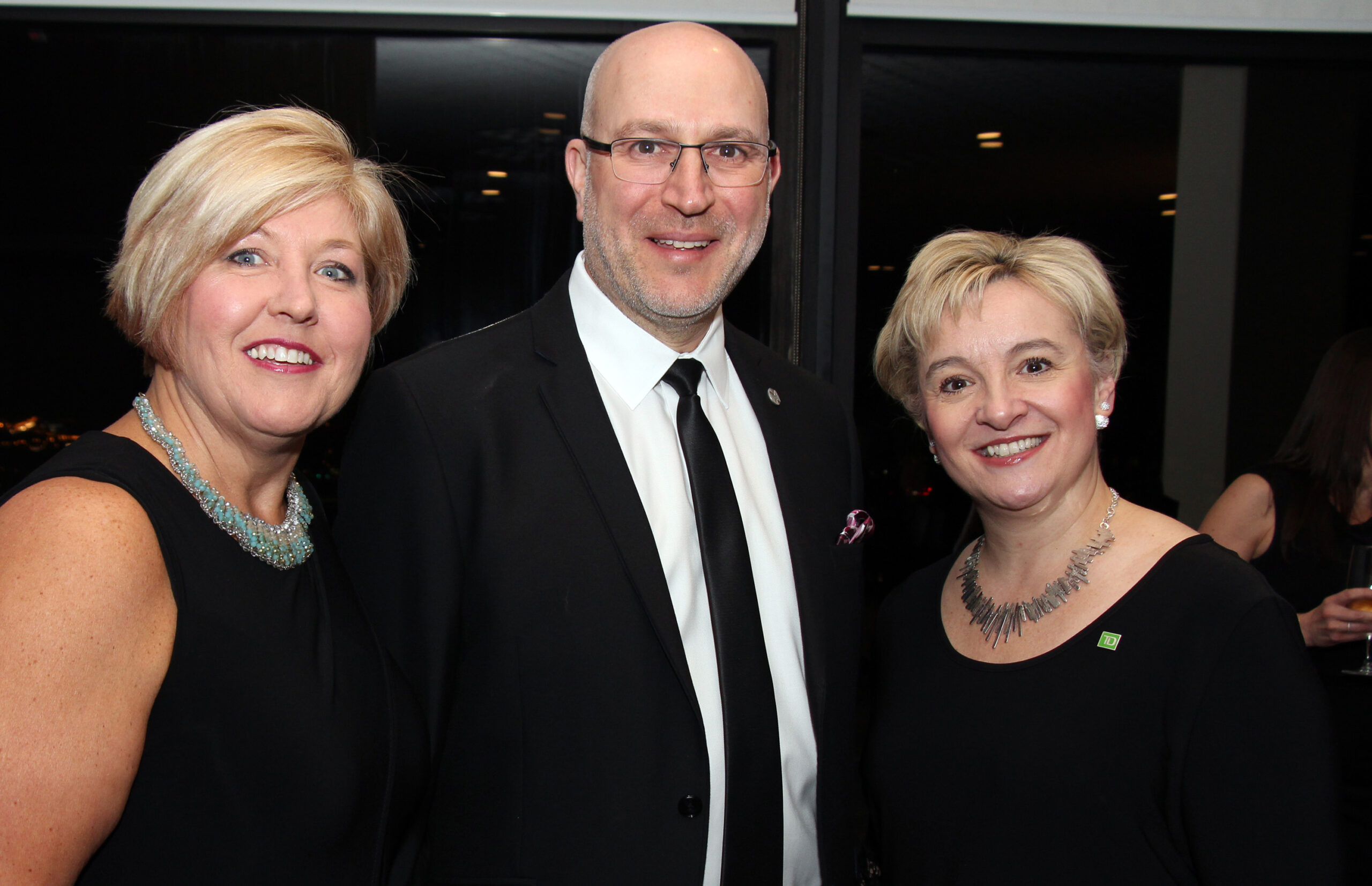 “We no longer believe that – once labelled – we must give up hopes for a life of value, of employment, of learning and achievement,” said Capponi, a psychiatric survivor who lived in poverty for years. “We … believe that together we can blow away stigma and prejudice and exclusion and ensure that every one of us has the same right to a meaningful, productive life as the rest of society.” 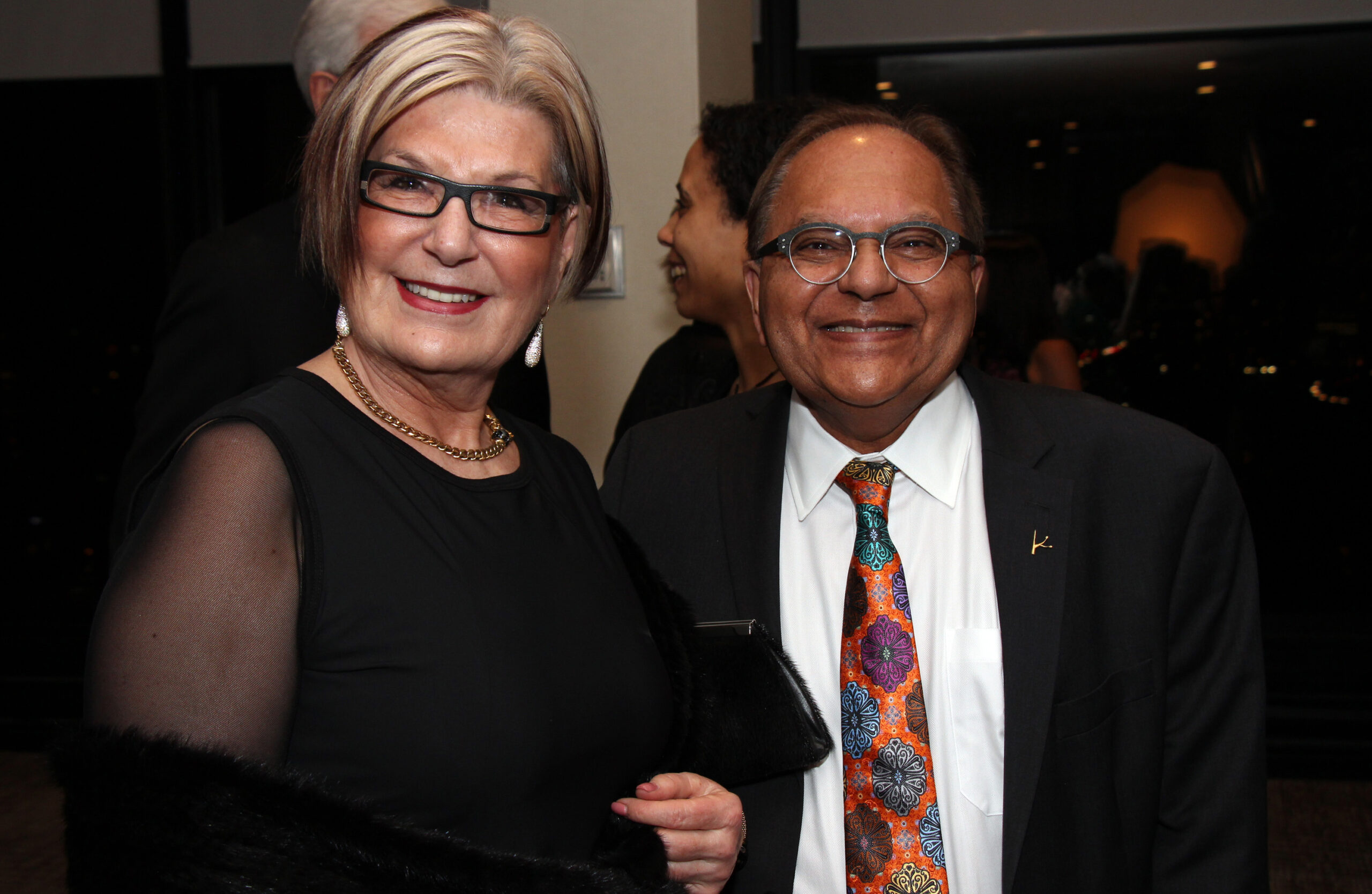 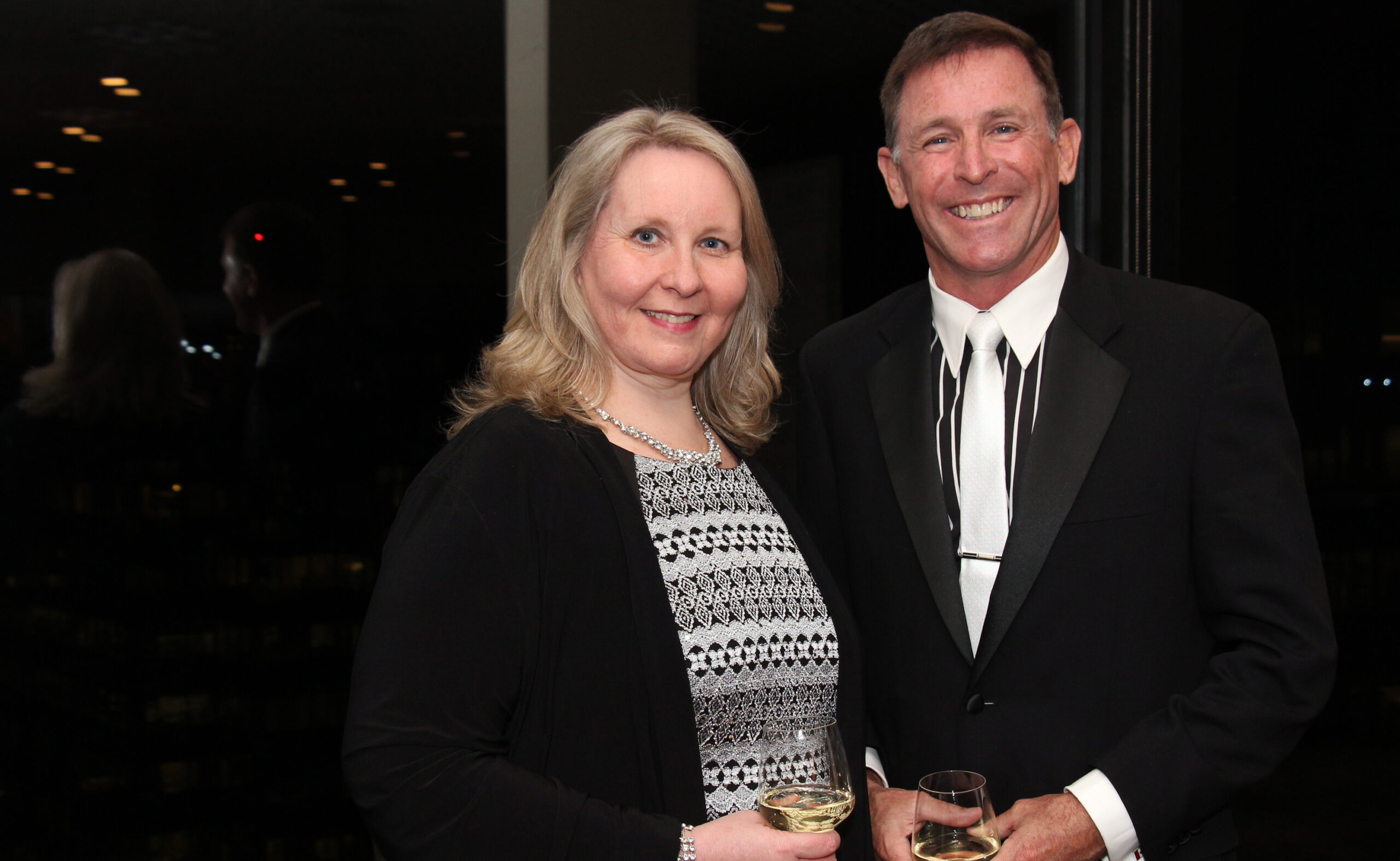 Alfredsson took to the stage to present an award to his good friend Gordon Cudney, a Gowling WLG lawyer who leads The Royal’s annual charity golf tournament, serves as vice-chair of the Foundation’s board and was part of the Foundation’s $25-million campaign. But even more impressive, he said, is Cudney’s strength and leadership in going public with his depression.

“I can’t imagine how hard it is to do that because it is – unfortunately, with the way we’re brought up – seen as a weakness in a lot of people’s eyes,” said Alfredsson before noting how Cudney has inspired others to speak up and share their own mental health stories. 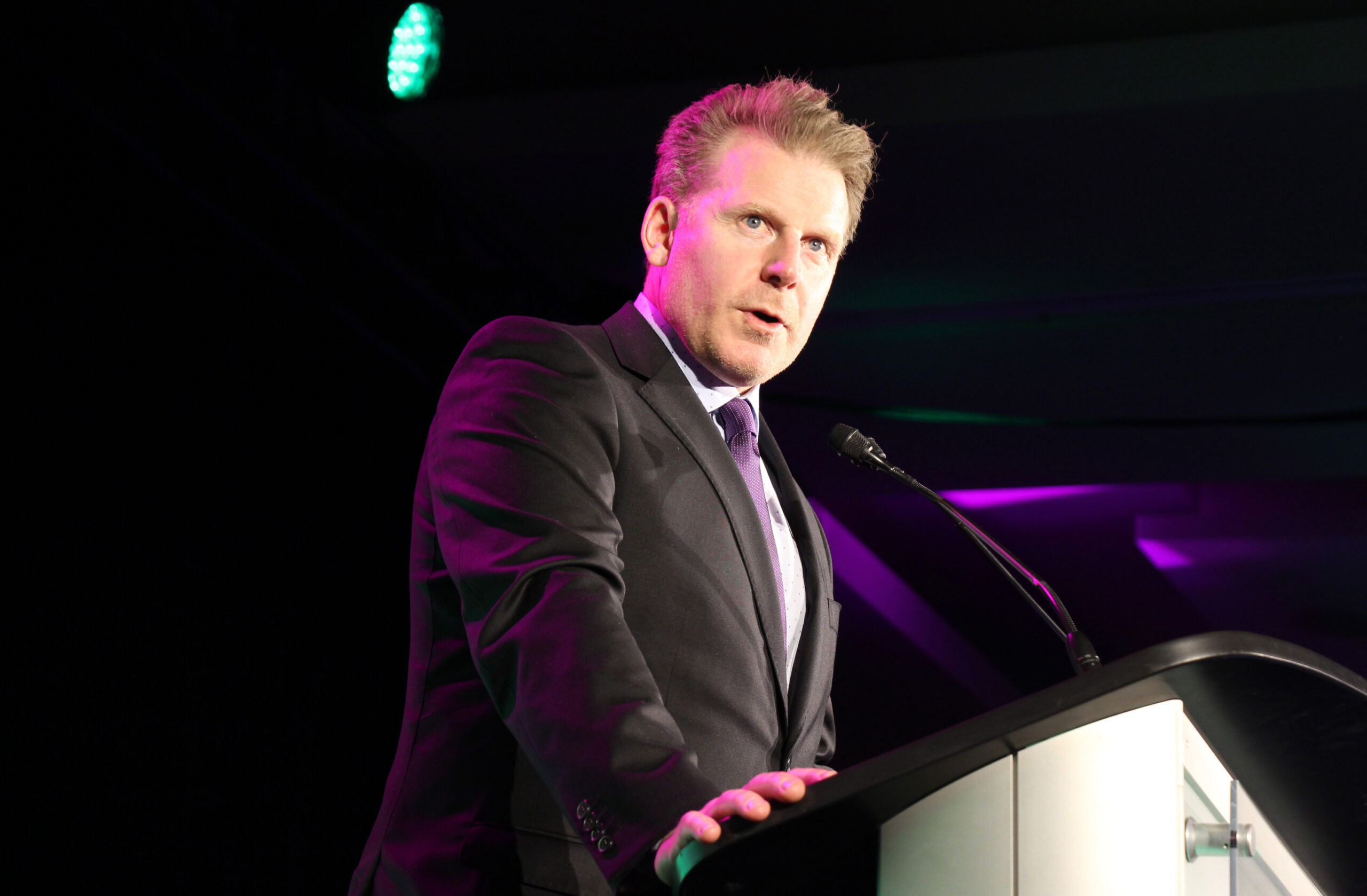 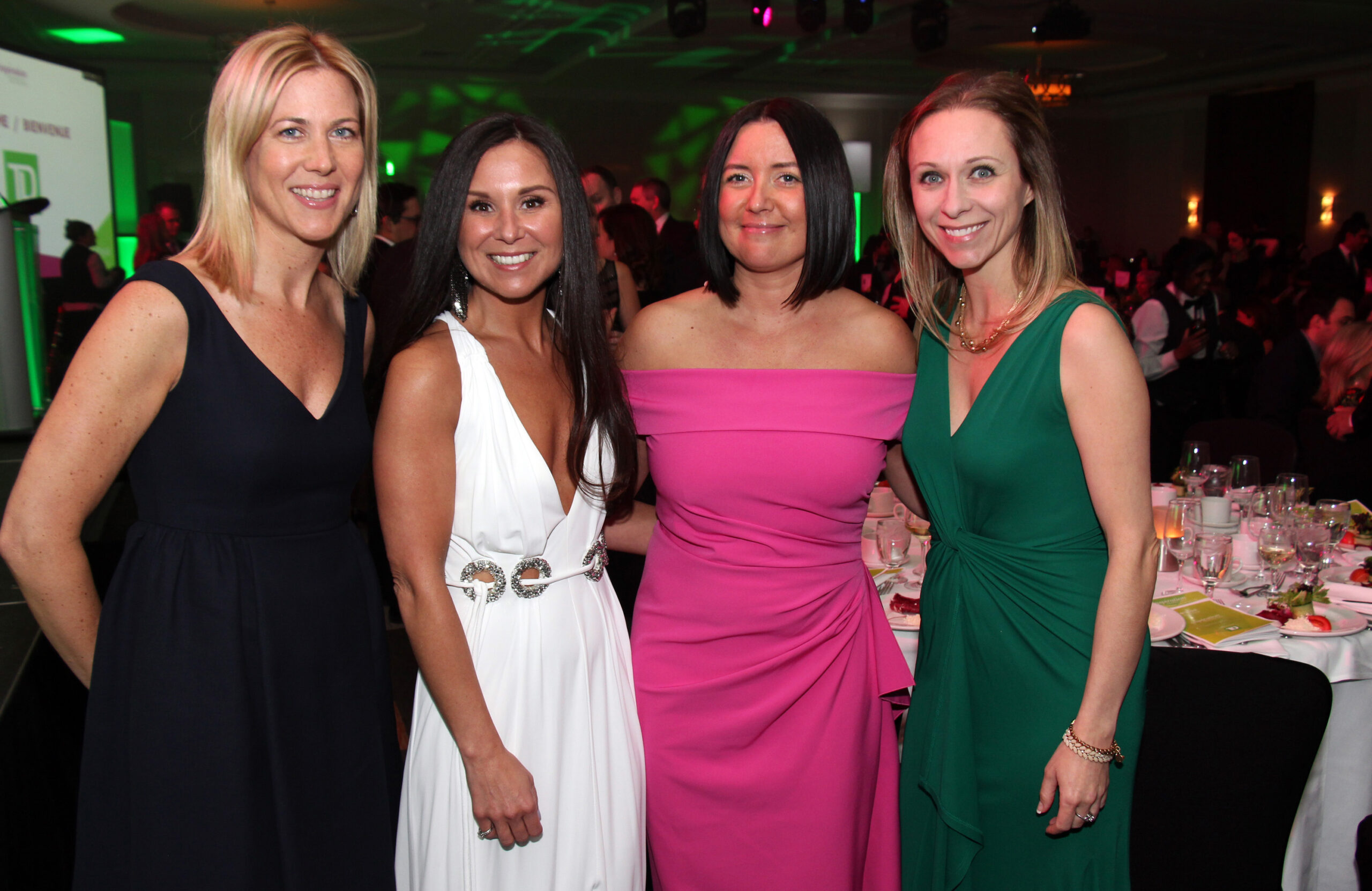 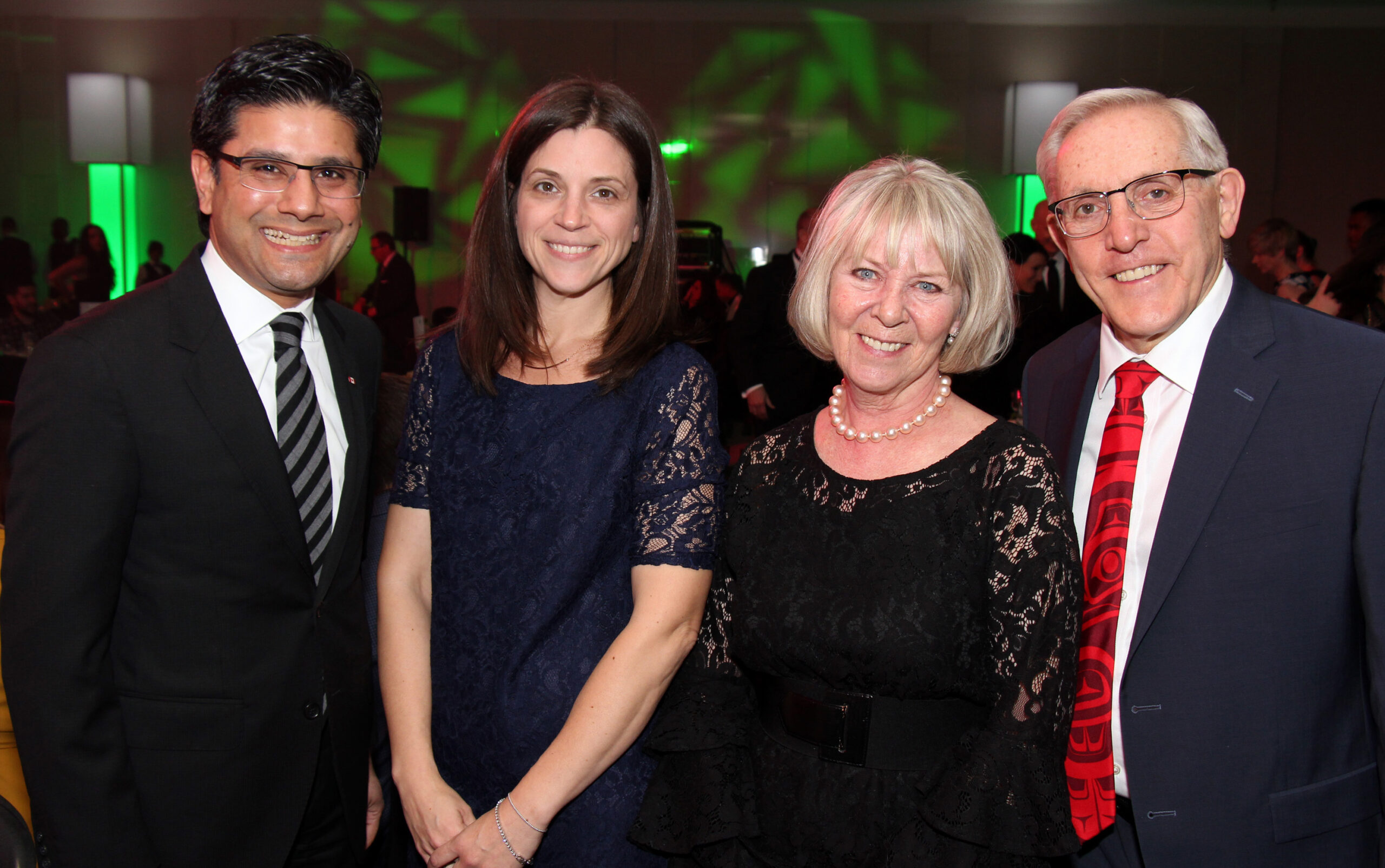 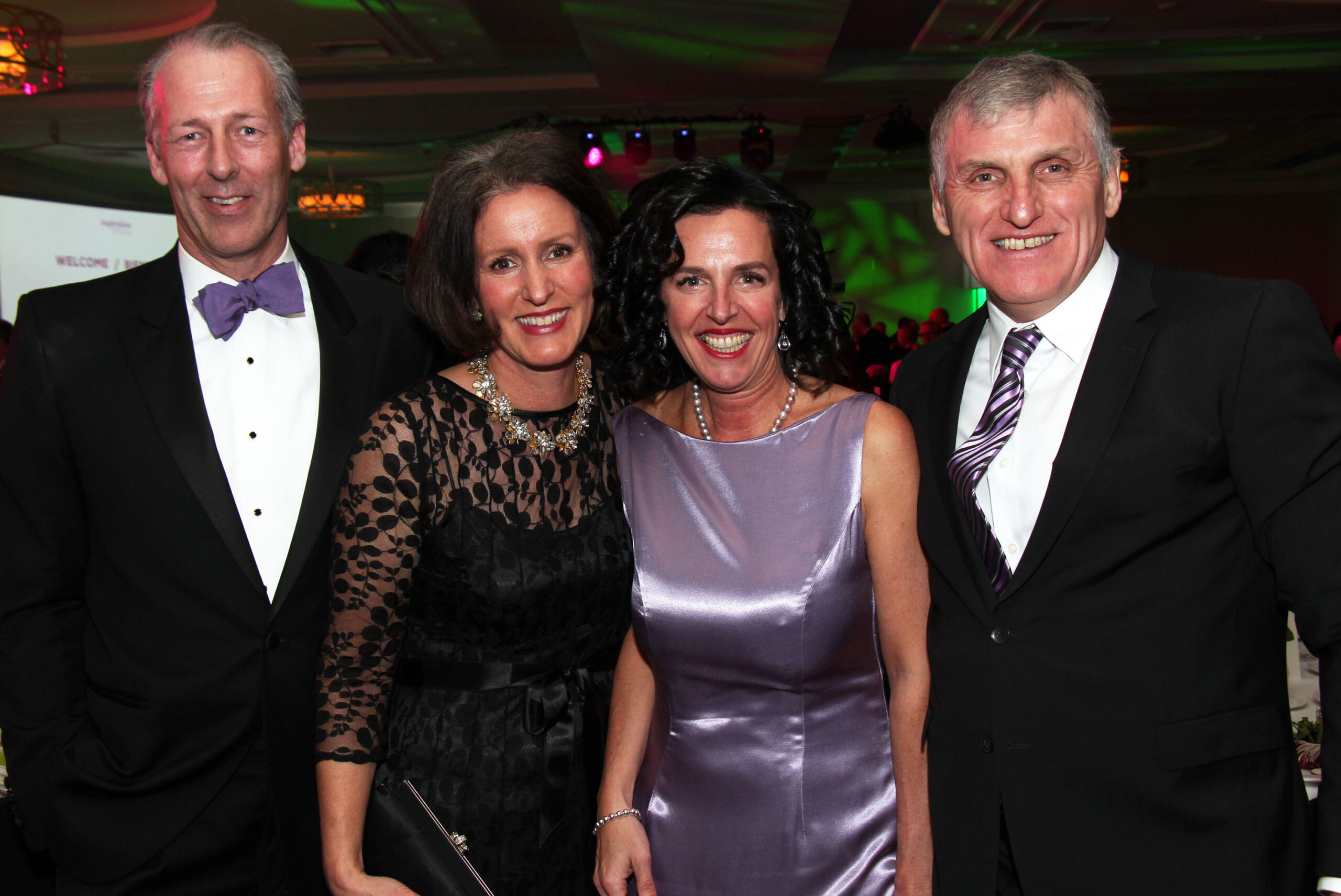 The dinner was emceed by fun-loving television personalities Sarah Freemark and Derick Fage, the latter of whom auctioned off a trip via Air Canada to the Swiss Alps for $9,500, as well as a group game of football with RedBlacks stars Greg Ellingson and Brad Sinopoli at their TD Place home turf, with dinner and a tour of the team locker room, donated by OSEG.

Also up for grabs were: a private dinner for eight at The Urban Element with Chefs Katie Ardington and Richard Wilson, with music by Jim Bryson; a team-building day at Escape Manor, with some frosty pints from Tooth and Nail Brewery; and a 25-person cocktail party catered by Epicuria at Alt Hotel Ottawa. 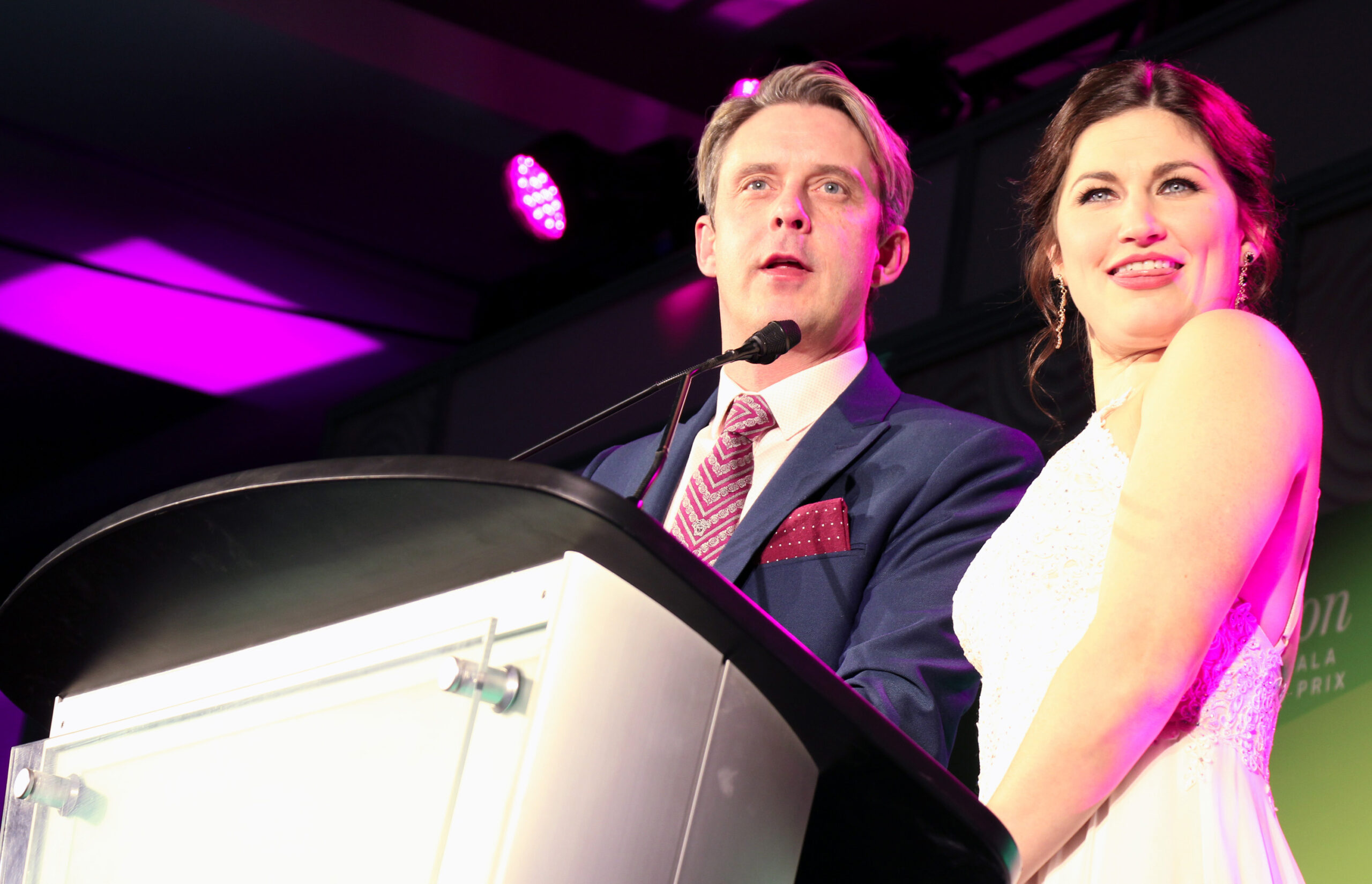 For the adventurous type, there was a trip to Nunavut donated by Canadian North Airlines and Polar Outfittings. Music lovers could take in the Rod Stewart concert at the Canadian Tire Centre in a 100-level suite donated by Trinity.

There was dinner for 10 to be hosted by Swedish Ambassador Per Sjögren at his official residence in Rockcliffe, with Alfredsson as special guest. It went for $6,800. That’s because Ottawa philanthropist Barbara Crook, who bought the dinner at last year’s event but didn’t get a chance to go, donated it back. Her generosity allowed it to be sold twice, to the two top bidders.

Crook was there with her husband, Dan Greenberg, whose Accora Village rental properties was also one of the sponsors. The couple was honoured with an award last year,  presented to them by Alfredsson. 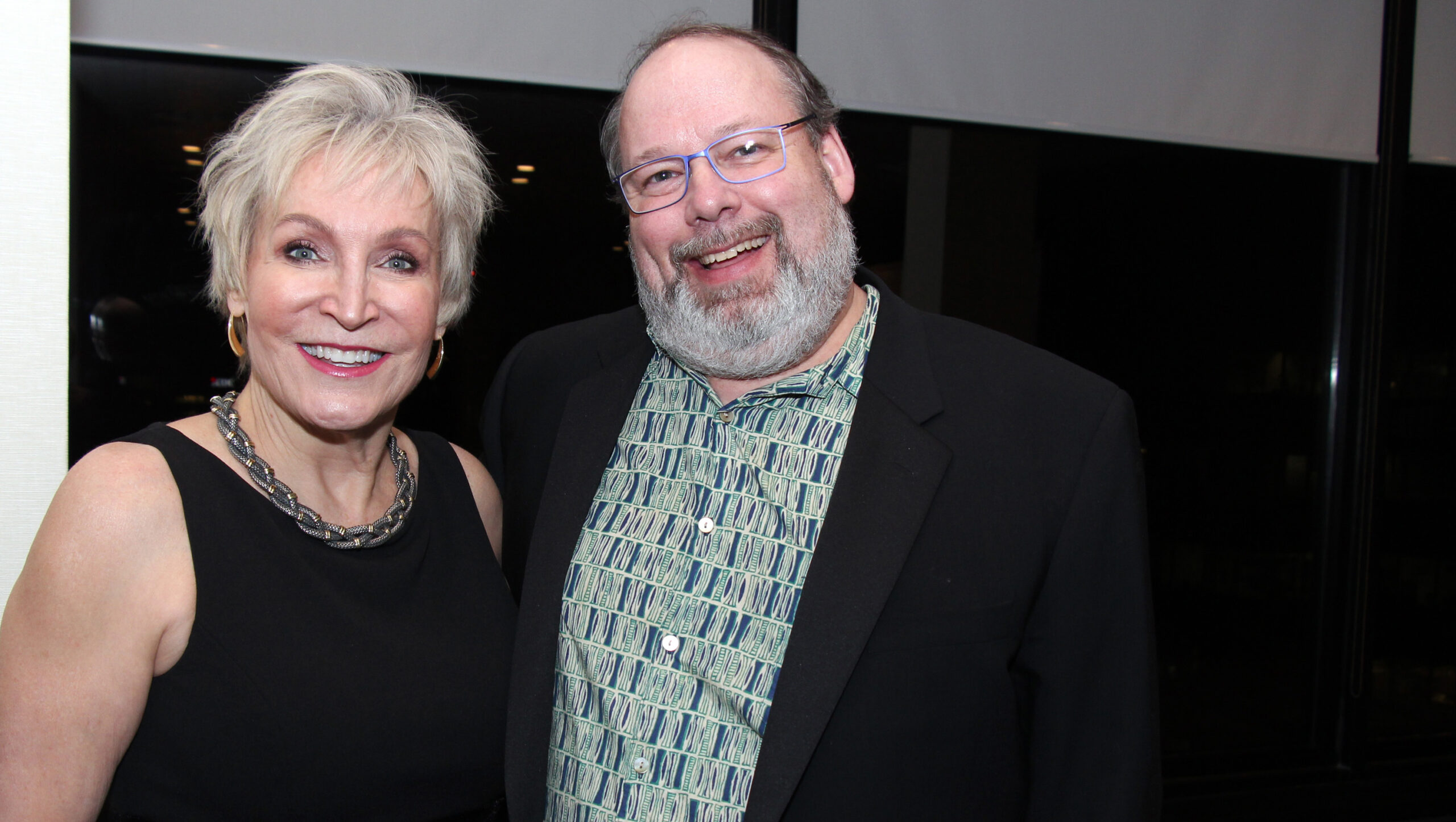 You also had to appreciate the irresistible kind-heartedness shown by Albert Lefebvre. He donated back the powder blue Vespa that he won last year (scootering around town just isn’t for him), to be raffled off again. He did the honours of drawing this year’s lucky ticket. The winner was his nephew.

“You’re shitting me,” an incredulous Freeman blurted out in what became the funniest moment of the night.

Lefebvre quickly explained away the uncanny coincidence: his nephew had bought $2,500 worth of raffle tickets. 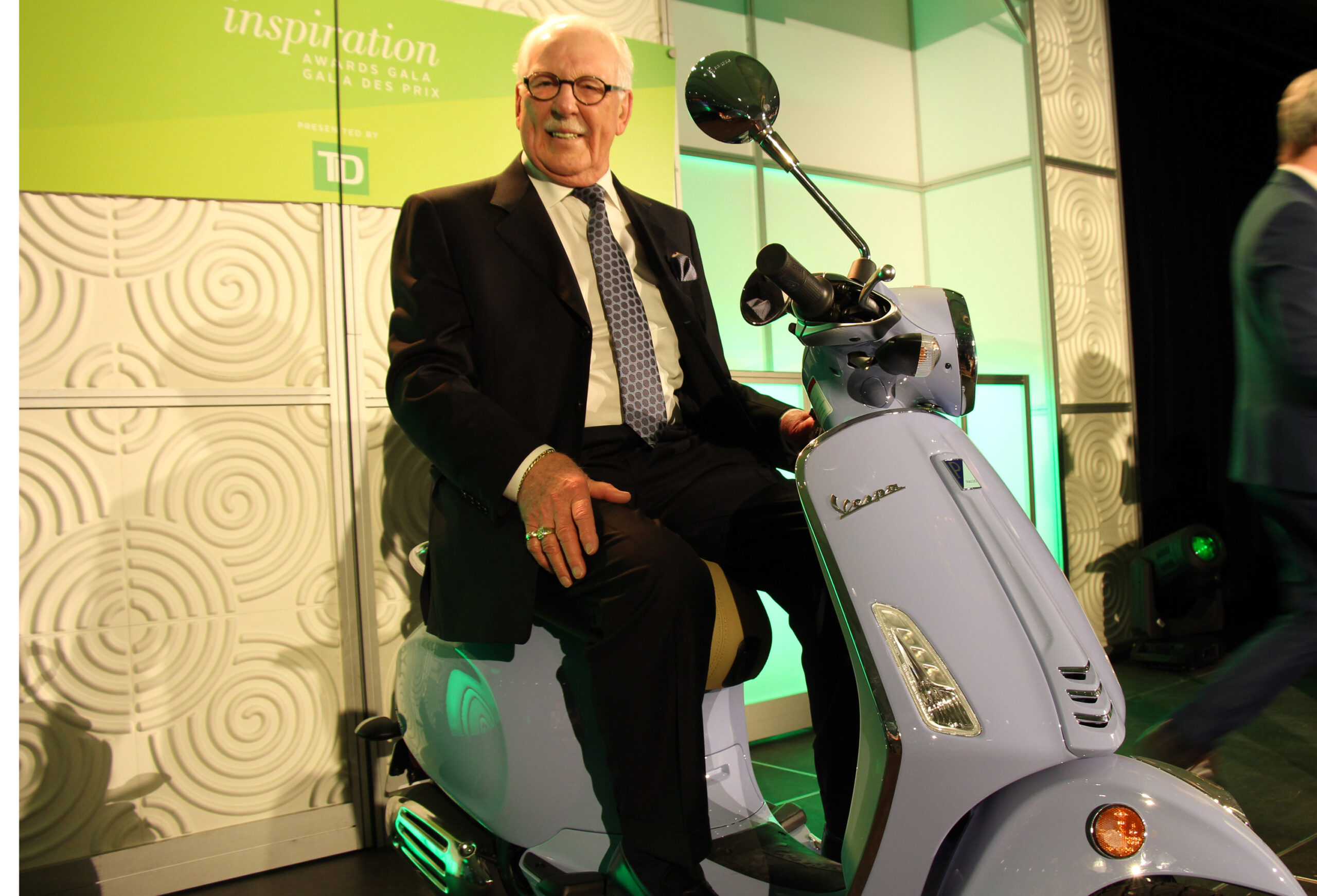