The Royal’s champions for hope

This article originally appeared in a special report from The Royal Ottawa Foundation for Mental Health.

The Royal is so fortunate to have champions across our community and around the world who volunteer their time to support the incredible mental health care and research that helps provide hope and transform lives. We’re grateful to highlight these three champions for mental health who use their platforms to help raise money and awareness.

Thank you, Ian, Elizabeth and Robert, for everything you do for us! 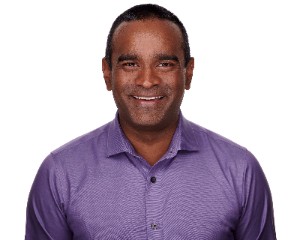 Ian Mendes, a local sports broadcaster who co-hosts the afternoon radio show “The Drive” for TSN Radio 1200, is using his media platform to support The Royal and help bring awareness to mental health in our community.

“In university, my roommate and good friend ended up taking his own life shortly after we graduated,” Mendes says. “I started to look back wondering if I had missed some signs – or if I should have had more open conversations with him. But in the year 1998 when we were graduating, talking about mental health just wasn’t what it is now.”

Mendes’s goal is to help make Ottawa a better place.

“As a member of the media, I want to use my platform for more than talking about a power play that doesn’t work or a team that needs to sign a free agent. If I’m able to volunteer my time to The Royal to tell impactful stories and to interview mental health experts, that’s my way of giving back to the community.”

Mendes would like to see conversations about mental health continue to push forward, further decreasing the stigma, so that young people today will be able to talk to each other more openly.

“My hope is that if there’s a kid at Carleton University today who has a roommate that’s struggling, they’ll be able have those important – even life-saving – conversations.”

An inspiration for others 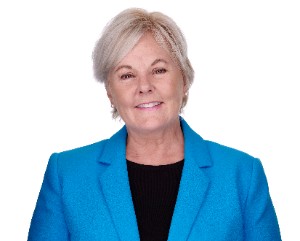 Despite being the pride and joy in Canadian women’s figure skating as the 1988 Olympic silver medalist, the 1988 World silver medalist, and a three-time Canadian national champion, the joy we saw on the television screens in our living rooms masked the pain Elizabeth (Liz) Manley was feeling. Deemed “Canada’s Sweetheart” for more than 20 years, life for Manley has been filled with mental health challenges.

At the age of 16, Manley was diagnosed with depression.

“I was a teenager, bald, 35 pounds overweight and locked in a house because I didn’t want people to see me. I had experienced a nervous breakdown. I thought there was nothing good in life for me. Four-and-a-half years later, I was standing on the podium and having the greatest moment of my life. When you think your life is no good, you can change it.”

Manley works tirelessly to inspire others with her mental health journey. She is a strong advocate for the work being done at The Royal and continues to support the Foundation, using her media platform to raise awareness.

In addition, Manley is grateful to The Royal’s mental health experts who have helped members of her family. She believes that it’s important, now more than ever with the pandemic, to continue to support mental health care and research.

“My heart belongs to The Royal because of the great work that they’re doing and as a community we can’t lose that, because no one should suffer in silence.” 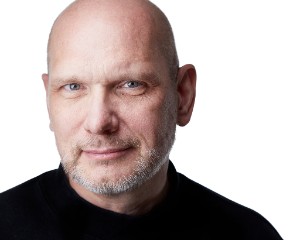 Robert de Wit, Ottawa’s premier headshot photographer, says his one goal is to “rid this world of boring and uninspired headshots.” He’s worked with actors, artists and executives. Now he’s giving back to the community by offering his services to the Royal Ottawa Foundation for the front and inside covers of the Royal’s special publication.

“I wanted to do something more meaningful, where I could help tell a story of those who benefit from and work with The Royal, through photography,” de Wit says. He describes how every photograph has a voice and that the most important voice is the one that elicits an emotional response from the viewer.

“We’ve all seen iconic shots that stop you in your tracks. That’s storytelling. That’s photography. That’s my purpose.”

The Foundation is grateful for this generous donation of de Wit’s time and talent.

Read the full report from The Royal Ottawa Foundation for Mental Health below: