Some 230 supporters of the Dave Smith Youth Treatment Centre saddled up Thursday and headed to the Horticulture Building at Lansdowne for the fifth annual western-themed benefit to build a new residential addiction treatment facility for youth in Ottawa.

Unfortunately, the inspiration behind it all, Dave Smith, 86, was still recovering from a recent fall and couldn’t make it to his eponymous Wild Wild West benefit. The long-time community builder helped to bring the first treatment centre for youth to Ottawa more than 25 years ago.

It’s been his dream to consolidate the centre’s three scattered facilities under one roof in Carp. Still required is another $7 million toward the $14-million project.

“An organization our size doesn’t have the capacity to raise that type of money,” executive director Mike Beauchesne told OBJ.social. “We’re still going to raise as much as we can but we’re going to need some government investment to make this critical need a reality.”

The Ontario government has committed to spending $3.8 billion over the next 10 years for mental health and addiction strategies across the province. “We’re hoping we’re going to make that priority list and maybe some money will flow through that,” said Beauchesne.

Back to emcee the benefit was TV personality and podcast host Lianne Laing. She managed to raise an extra grand for the cause by giving first dibs on the buffet to those attendees willing to pay the most amount of money. The dinner was catered by Lone Star. 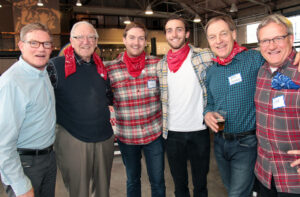 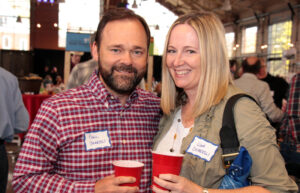 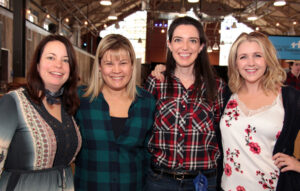 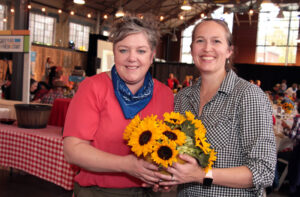 The new facility will be able to accommodate 25 pent more clients by increasing its number of beds from 24 to 30. On average, it takes almost 20 days to get to the top of the waiting list. “For a family in crisis, that feels like eternity,” said Beauchesne.

The first phase of the project— preparing the land for development — is pretty much done. So too are the architectural plans. All that remains is building the darn place. “It really is ready to go,” said Beauchesne. “Ultimately, it’s about creating infrastructure that’s purpose-built and designed for what it’s to be used for, for decades to come.”

Beauchesne says that, despite the “ups and downs” in trying to build a new treatment centre, he remains hopeful that it will happen. “I feel optimistic,” he said. “The question is ‘when’.

“I’m proud of the work that we’ve been able to do as a small organization. I like to think that, ultimately, this facility is going to get built because we need it, the kids need it. We don’t just serve local kids; we serve kids from across the province.

The vast majority of DSYTC clients also suffer from at least one mental health condition, such as depression or anxiety. 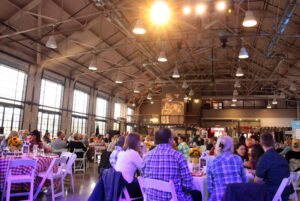 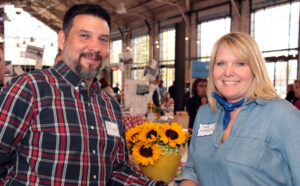 The room heard from Cindy Manor, the new senior director of philanthropy at the Dave Smith Youth Treatment Centre. She first got involved after her son received help there three years ago to overcome his drug addiction. His life spiralled downward after he stopped playing competitive hockey. He’s doing well now, though. He’s studying at Carleton University and working part-time at Farm Boy.

Manor left her long career of 20-plus years in publishing, advertising and marketing to become a professional fundraiser for the treatment centre four months ago.

“The treatment centre has had a profound effect on my life,” Manor said on stage. “It was so profound that I didn’t think twice when I saw this job opportunity come up. I dropped the suit, I dropped the salary, I dropped the title, because all I wanted to do was give back.

“This centre saved my son’s life and, in turn, it saved mine. I want nothing more than to give every youth the opportunity to get treatment and to have a safe place for a fresh start.”

Currently, the Dave Smith Youth Treatment Centre employs the equivalent of 43 full-time people. It provides three months of residential treatment to its clients and another three months of post-residential continuing care, along with support for families.

The evening’s guest speaker was Shlomo Coodin, who spoke about how the centre helped him turn his life around. “At the Dave Smith Youth Treatment Centre I learned to cope with my emotions without using drugs,” said Coodin, who’s studying business marketing at Algonquin College.

He’s also been successful at raising money to help homeless youth. Earlier last year, his ability to collect more than $20,000 for Operation Come Homes earned him the honour of throwing a pie in the face of Mayor Jim Watson. 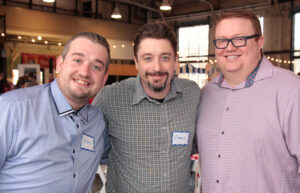