Saunders Farm has a new cider house (and it rules)

With brighter days surely ahead for Saunders Farm, its owners gathered Saturday with provincial politicians and industry leaders at the charming rustic property to raise a glass of — no, not champagne — but of hard apple cider.

The popular agritourism destination, located in the southwestern corner of Ottawa, hosted a launch event for its Saunders Cider Co. and the cozy old log barn that’s now The CiderHouse taproom.

The event coincided with the 30th Haunting Season and FrightFest, the legendary Halloween-themed festival that has attracted more than 1.3 million visitors to Saunders Farm over the years. 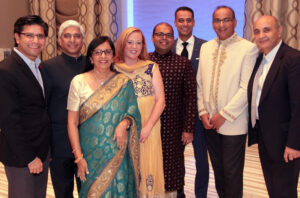 For Saunders Farm, the past 18 months have been more challenging than a swarm of locusts, due to the COVID-19 pandemic that has ravaged the tourism industry. Still, Mark Saunders and his wife Angela Grant Saunders, second generation owners of the family business started by Saunders’ parents, have been innovating.

It was last February when Saunders first shared his dream with staff to eventually make homegrown cider. He learned, only six weeks later, that Flying Canoe Hard Cider was for sale. He reached out to its owner and got the ball rolling. By the end of June, Saunders Farm got its licence to start. Production is now more than two months along, with four different flavours of cider.

“You know, we put out the idea that we wanted to do it and I think that’s one of the things you have to do in life; just put it out to the universe and see what will happen,” Saunders told his guests. “You have to work really hard and you have to have intention, but we did.”

Saunders Farm, located in the small village of Munster, also has an all-new haunted hayride and a pair of 500-foot-long zip lines that takes thrill seekers soaring over one of the farm’s collection of mazes.

There to congratulate the community-minded business owners were Ontario Tourism Minister Lisa MacLeod and her Progressive Conservative colleague, Carleton MPP Goldie Ghamari, both of whom were introduced as stewards and champions of Saunders Farm.

Last month, Ottawa’s festivals and events received $5.7-million in funding through Ontario’s nearly $50-million program to help festival and event organizers deliver experiences that safely reconnect people with their communities. Saunders Farm received $96,750 for its Haunting Season and $97,750 for its A Country Christmas.

The total of $194,500 in funding for Saunders Farm is “well earned and well deserved,” said Ghamari, while encouraging the public “to get back out there and enjoy the things that we took for granted.”

There was a special shout out to Annie Pandolfi, designer at jane doe., an Ottawa creative service studio, for spearheading the new logos.

“We really are very aware that not only is it incredible to still be in business, after what we’ve just come through, but also to be starting a new part of our business throughout this,” said Grant Saunders, who, along with her husband, repeatedly expressed gratitude for all the support that’s come their way.  “We feel very much that support was integral to us surviving. Not just surviving, but also thriving.”

Saunders reminisced about the small and very humble beginnings to Haunting Season. It started out as an idea created in 1992 by his parents, Bill and Anne Saunders. The community responded by coming out to the haunted barn and hayride “and it just kept growing and growing and growing,” said Saunders, who spoke from the heart, moving both politicians to tears as his own eyes welled up.

The owners said they’re particularly proud to have employed so many thousands of young people over the years, helping to introduce them to the workforce and to prepare them for their futures. “We love that we can give the kids a chance to shine when they come here,” said Grant Saunders while speaking about the deep bonds formed at Saunders Farm. “Please know that our definition of family extends well beyond those who are blood related, to anybody who takes part in what this journey is.” 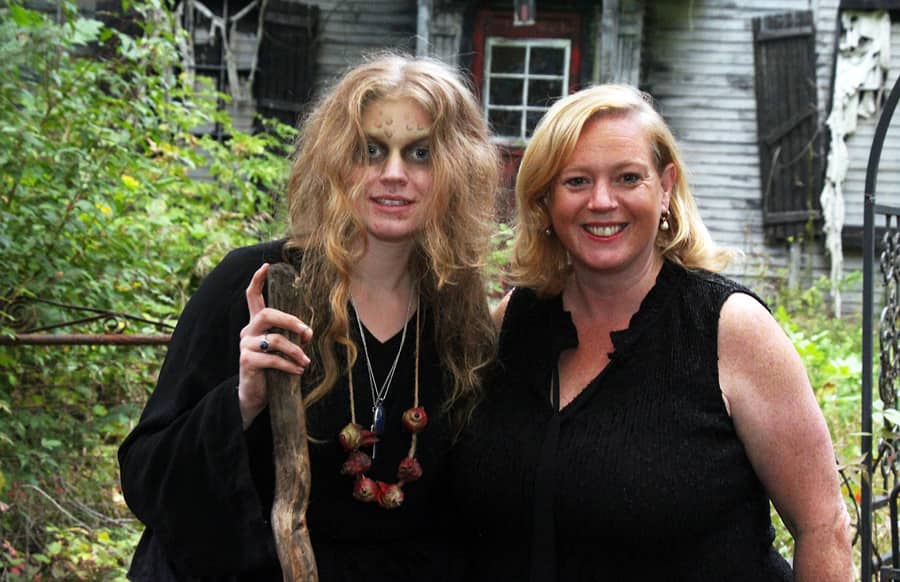 Among the teenagers working there this Haunting Season is MacLeod’s 16-year-old daughter, Victoria Varner. Later, MacLeod got to see her daughter in spooky action at one of the haunt attractions.

MacLeod, who’s also the MPP for Nepean, said that she’s learned in her travels as tourism minister that the stellar reputation of Saunders Farm stretches far and wide. “It doesn’t matter what rural community you go to, everyone knows the Saunders because of the refined, authentic Ontario experience that they have.

“I couldn’t be more proud as an Ottawan, as their friend, as the mother of one of their staff and as their minister to say what a great job you’ve done,” MacLeod told the owners.