It’s hard for 25-year-old Jacob Adams to describe in one word what it’s like to win the inaugural Snowsuit Fund 50/50 Raffle and its $409,423 in prize money.

“It’s surreal. Dumbfounded. It’s unbelievable, it’s wild. Yeah, all of the above,” the resident of Kars told OBJ.social on Tuesday at the Snowsuit Fund depot in Vanier, where he dropped by to collect his cheque as well as mug for photos with an oversized novelty version.

He split the $818,845 jackpot with the Snowsuit Fund, an Ottawa charity that helps low-income families, many of them new Canadians, by providing new snowsuits for children up to 15 years old.

Among those on hand were Snowsuit Fund board chair and Ottawa lawyer Trina Fraser and fellow board member Amanda Young, promotions manager for Rogers Sports & Media. She was joined by on-air personalities Sandra Plagakis and Chris Young from KiSS 105.3 and Amy Volume from CHEZ 106. The radio stations, both owned by Rogers, played a major role in the fundraiser’s success.

Eighty-five percent of the money raised was through the stations’ efforts to get the word out and to generate positive publicity, but it’s the listeners who really came through, said Young.

“We have the most generous listeners on the planet. When we say, ‘This is what we’re doing,’ they step up in a big way.

“At the end of the day, they did this all. We’re just a bunch of yahoos who talk on the radio.” 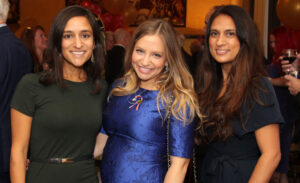 Rogers Sports & Media has been a longtime promoter of the Snowsuit Fund, supporting it through radiothons and, last winter, with its 10,000 Snowsuit Challenge. The company was equally eager to help get the word out about the charity’s first-time raffle.

It’s normal for raffle ticket sales to rise sharply as the deadline approaches, said Young of what she described as the hockey-stick effect.

“But because our jackpot had been growing quite steadily, we were, like, ‘Maybe it’ll be different at the end.’”

Yes, a bump in ticket sales was expected, said Young, but not the surprising $300,000 raised in the last 24 hours, with a total of three million tickets sold.

About 70 per cent of tickets were purchased in National Capital Region, with the remainder bought from elsewhere in Ontario, said Young.

The winning ticket was randomly selected earlier this month by electronic lottery platform Bump, which was acquired last year by the Ottawa-based Canadian Bank Note Company.

Young said they were informed by Bump that their 50/50 raffle was the second-largest in Ottawa, behind the Children’s Hospital of Eastern Ontario.

“Our listeners have been, like, ‘The real winner is the Snowsuit Fund.’ Yes, they were happy for Jacob, who ultimately was the winner, but at the end of the day, everyone, when they didn’t win, said, ‘Well, I’m glad my money went to the Snowsuit Fund to buy snowsuits for kids.’” 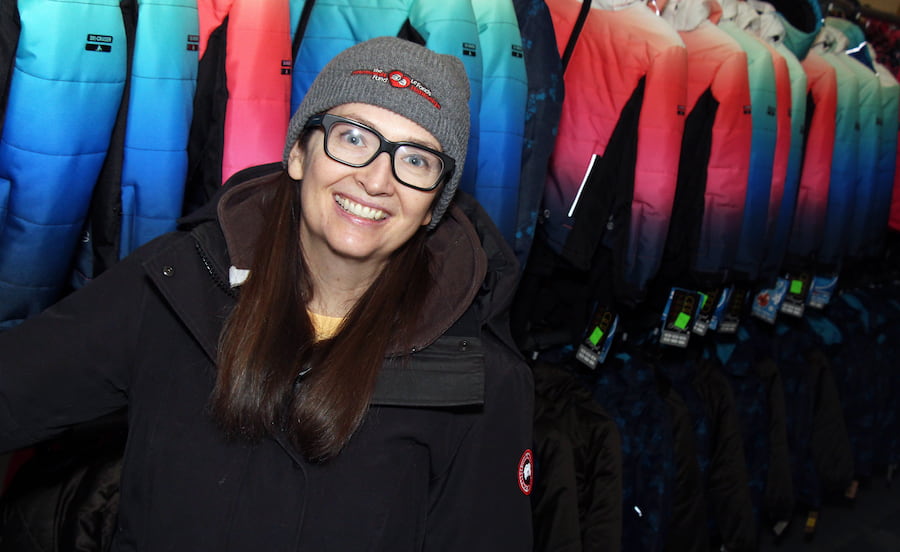 The impact of the $409,423 on the Snowsuit Fund is “massive,” said Fraser, adding that the organization needs to raise about $1 million every year to buy and distribute roughly 16,000 snowsuits to vulnerable kids in the region.

The organization negotiates prices with its Canadian suppliers in order to stretch its dollars further. It can get a brand-new quality snowsuit for $50, said Fraser.

The coronavirus pandemic has made fundraising more challenging, she added, because of the restrictions on social gatherings.

“We’ve had to come up with other ways to raise money, and this totally takes the pressure off us as far as meeting our financial goal,” said Fraser, a cannabis lawyer and partner at Brazeau Seller Law.

Fraser praised the CHEZ and KiSS on-air hosts for promoting the raffle in such fun and engaging ways.

Adams, who is the owner of a Milano Pizzeria in Merrickville, learned he was the winner after it was announced on CHEZ’s The Biggs and Barr Show. He told OBJ.social of his plans to split his winnings with the employee who convinced him to enter the lottery with him.

Adams wants to use the money to open a second Milano Pizzeria in Dunrobin. Other plans include helping his loved ones pay off their debts and eventually getting his own place. He lives at home with his parents and sister.

Adams said his visit to the Snowsuit Fund at 225 Donald St. put the cause into perspective, especially when he saw all the tiny snowsuits.

“It takes you back to when you were that age.”

Ottawa residents can return to that precious time in their lives – at least in spirit – as the Snowsuit Fund brings back its Snow Angel Challenge from Feb. 1-28. The month-long event raises funds and awareness for the charity by getting the public to create snow angels, gather donations and promote their angelic imprints on social media.