Few fundraisers in Ottawa have gone the distance quite like Ringside for Youth XXIII, an annual dinner and boxing night that’s raised millions of dollars for the Boys and Girls Club of Ottawa.

It was the main attraction at the Shaw Centre on Thursday, drawing another sold-out crowd of 1,200 for an evening of amateur-level boxing in a regulation-sized ring surrounded by bright lights and banners. Returning this year was retired boxer Gerry Cooney as Ringside for Youth ambassador and Ottawa-raised comic Angelo Tsarouchas as the evening’s engaging emcee (he worked the room at a level comparable to our attending mayor, Jim Watson). 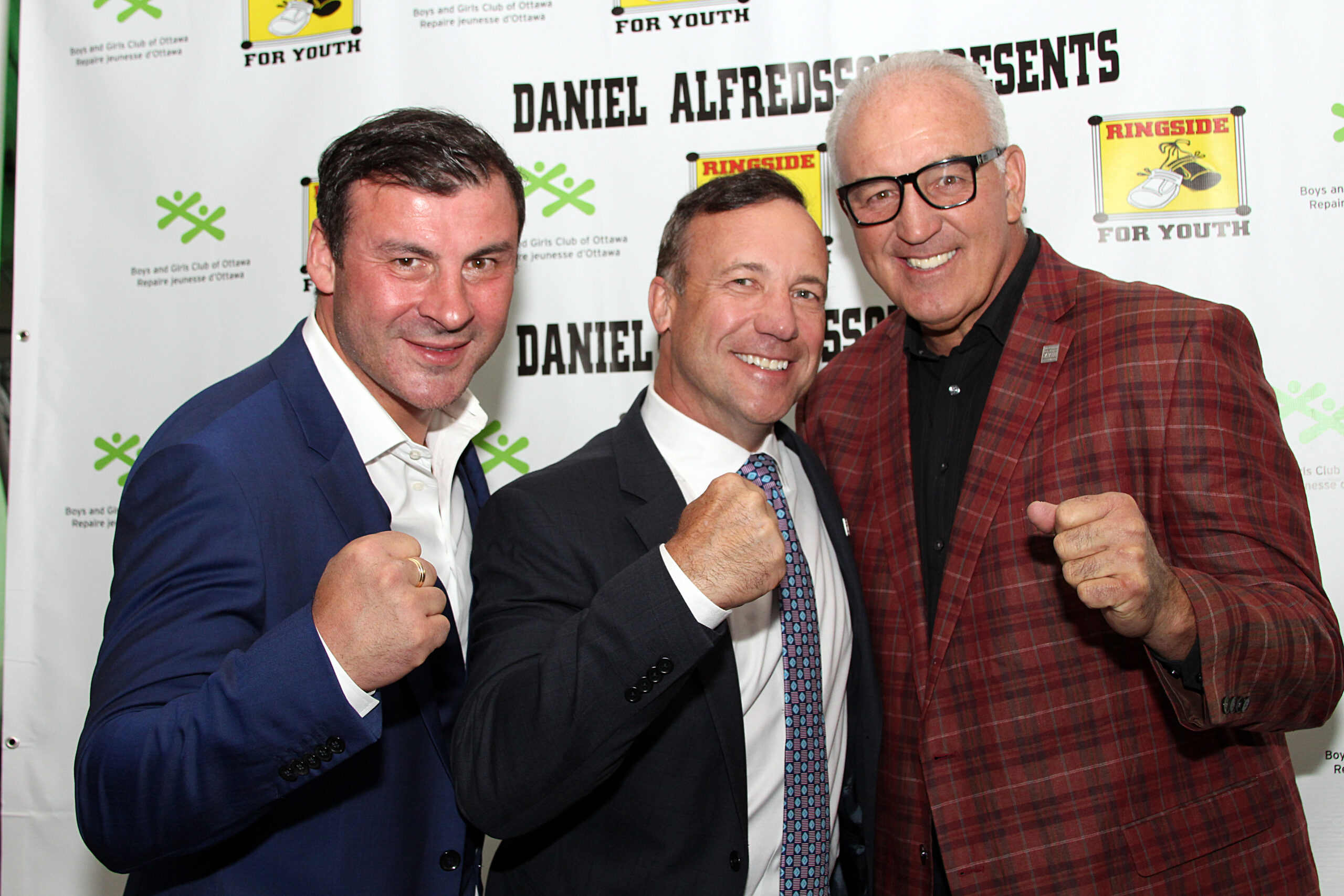 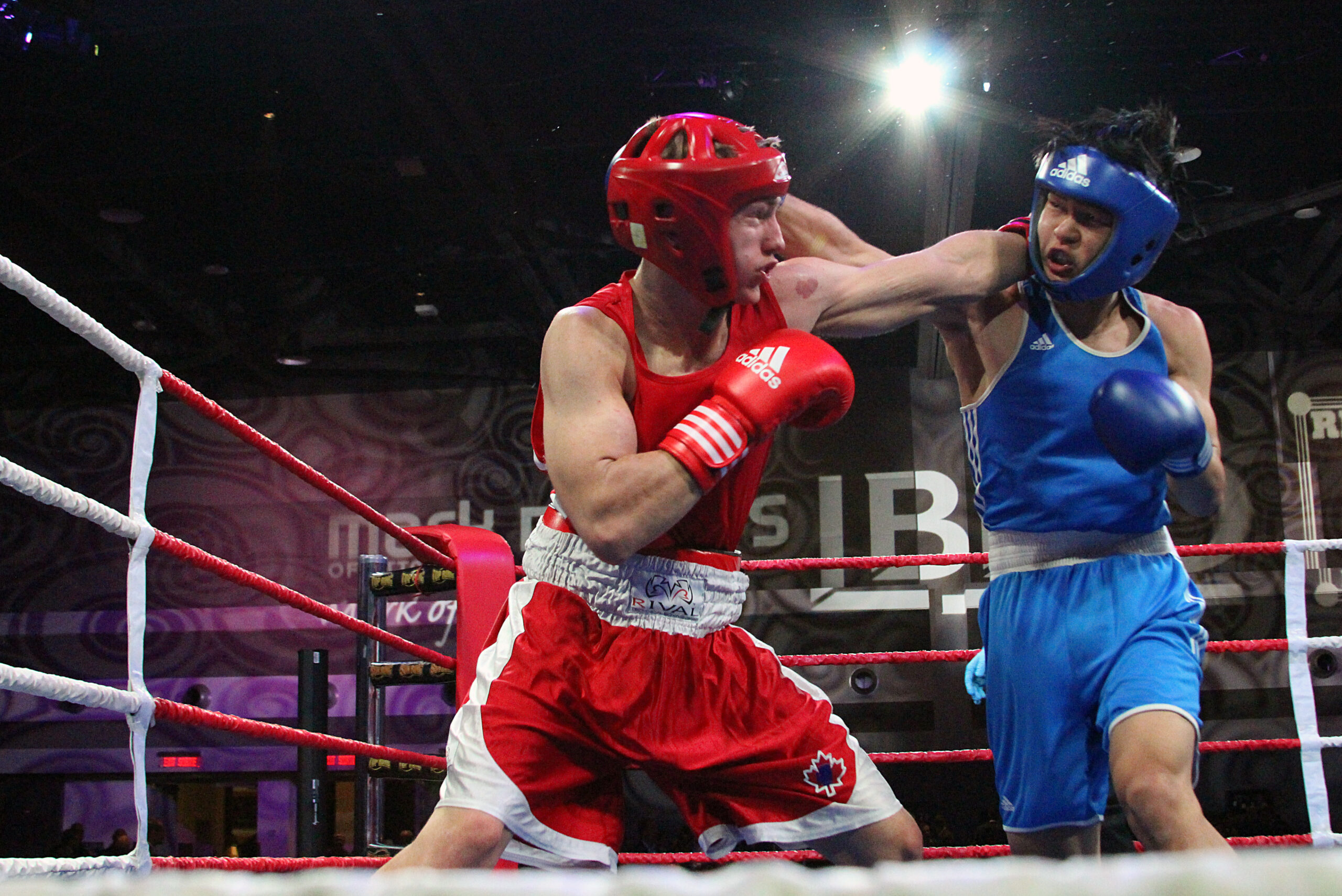 Ottawa singer Kellylee Evans received a warm reception from the crowd as she climbed into the ring to not only belt out O Canada but also to sing the national anthem of Wales, in honour of Calzaghe.

The 2016 Juno Award-winning Canadian band Whitehorse played during the cocktail reception, but so schmoozy was this crowd that most people talked right through the performance. 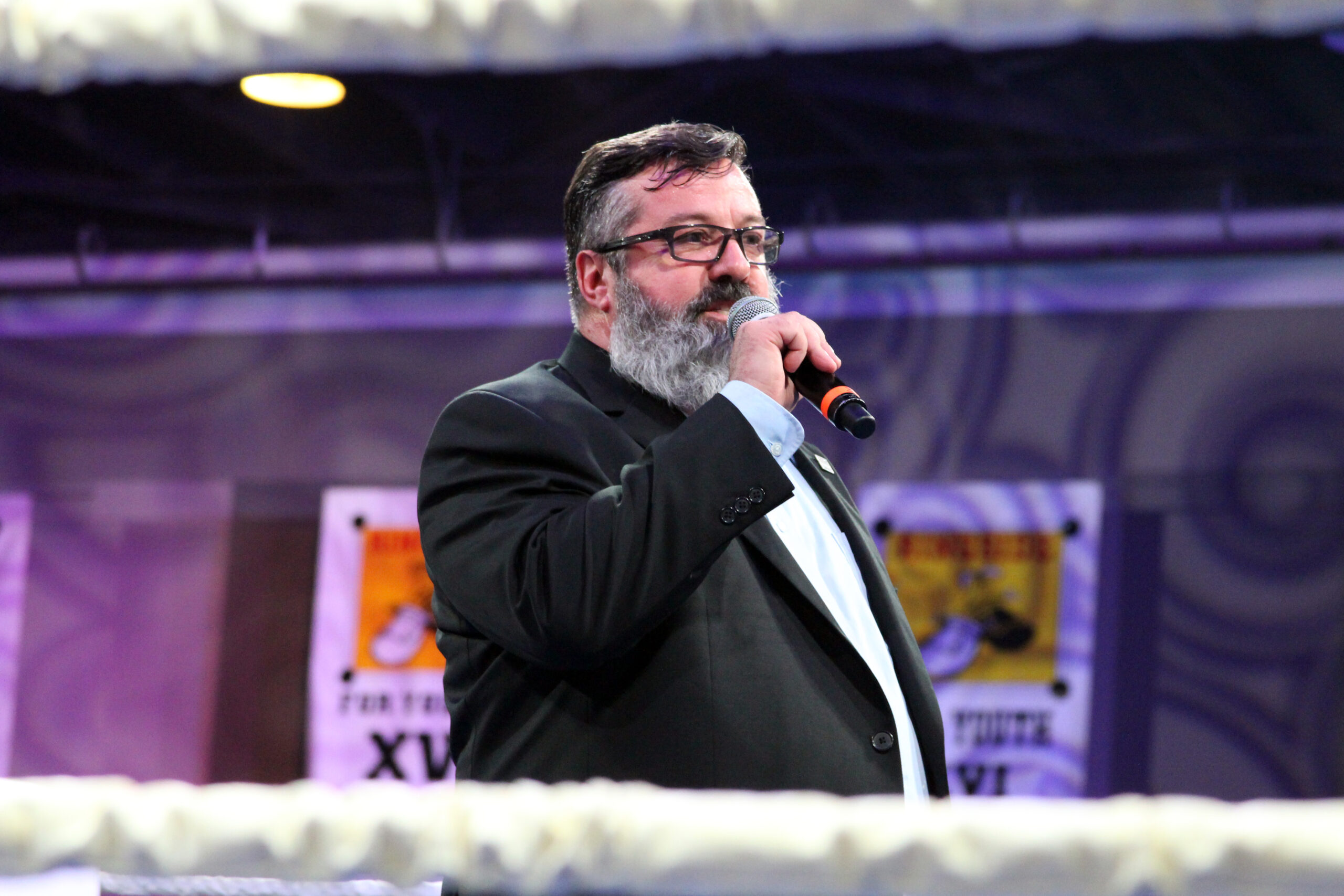 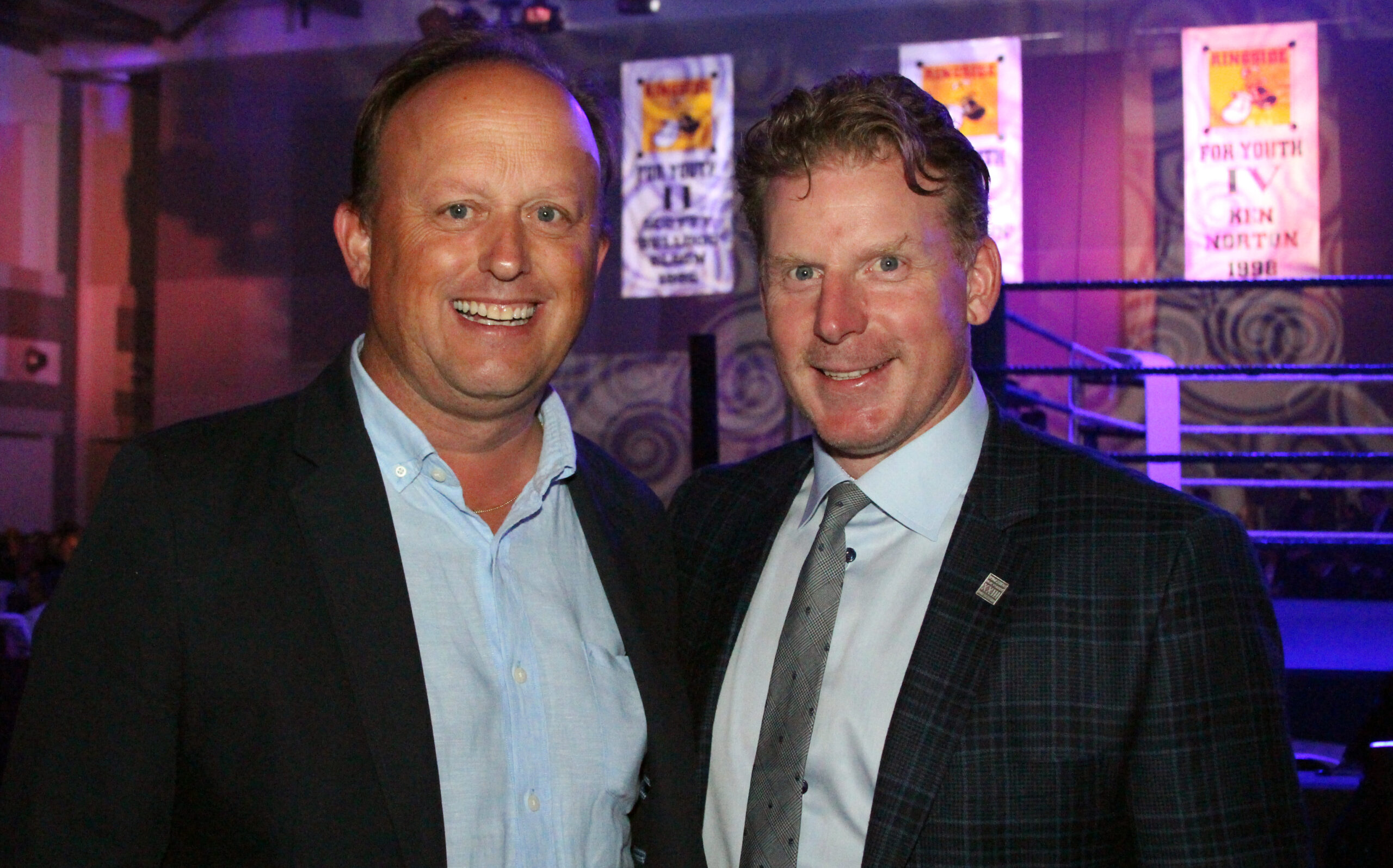 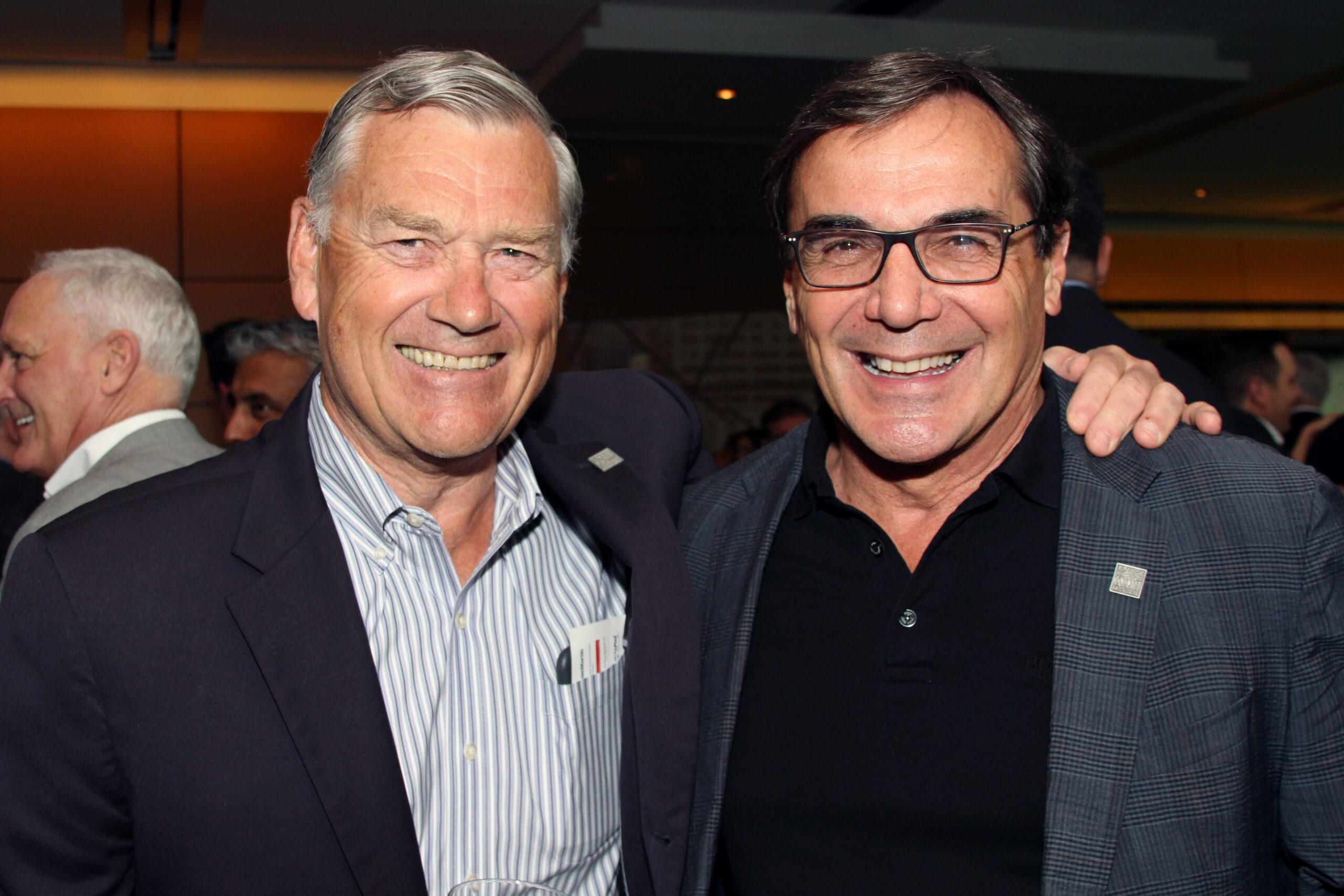 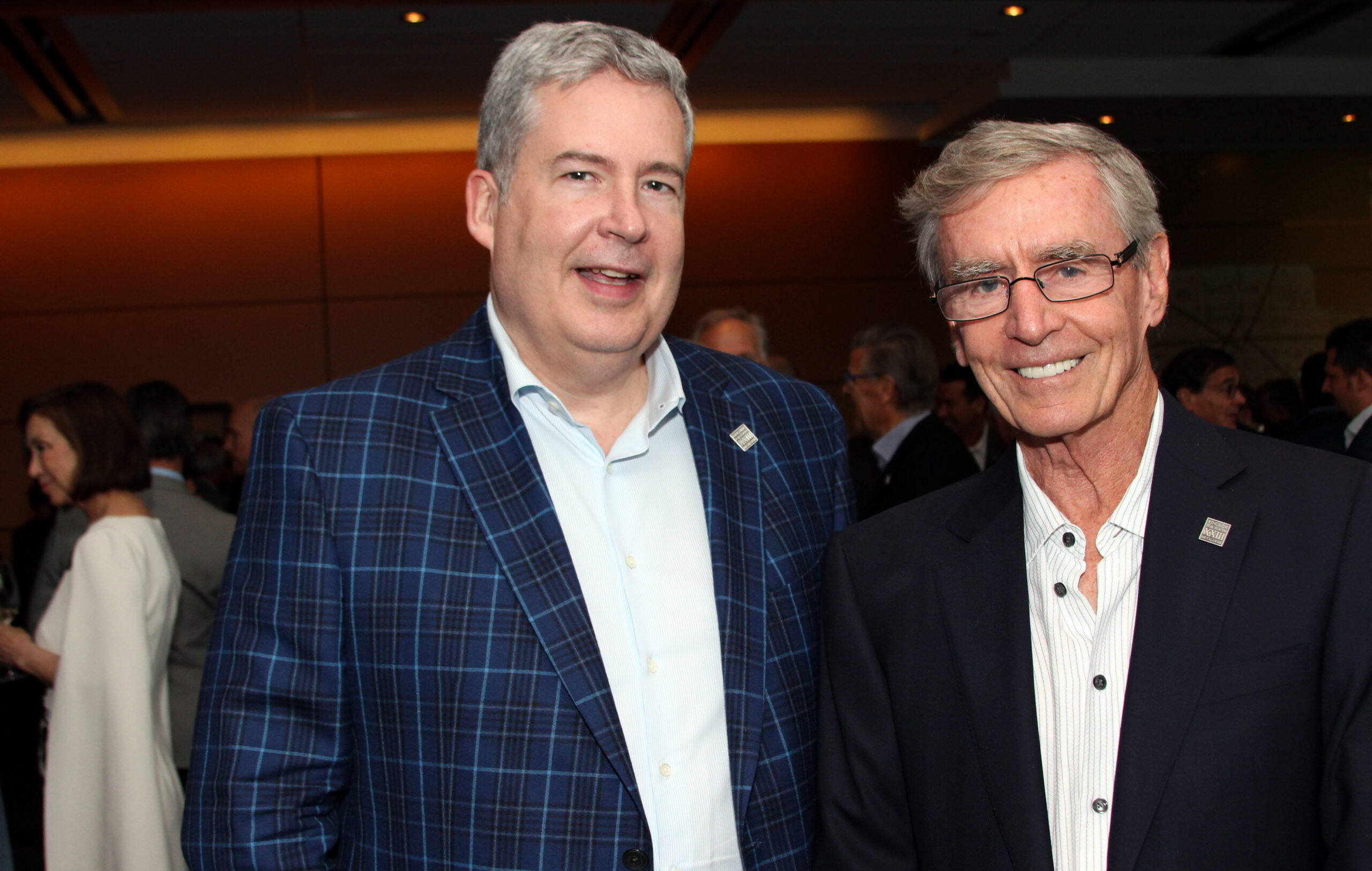 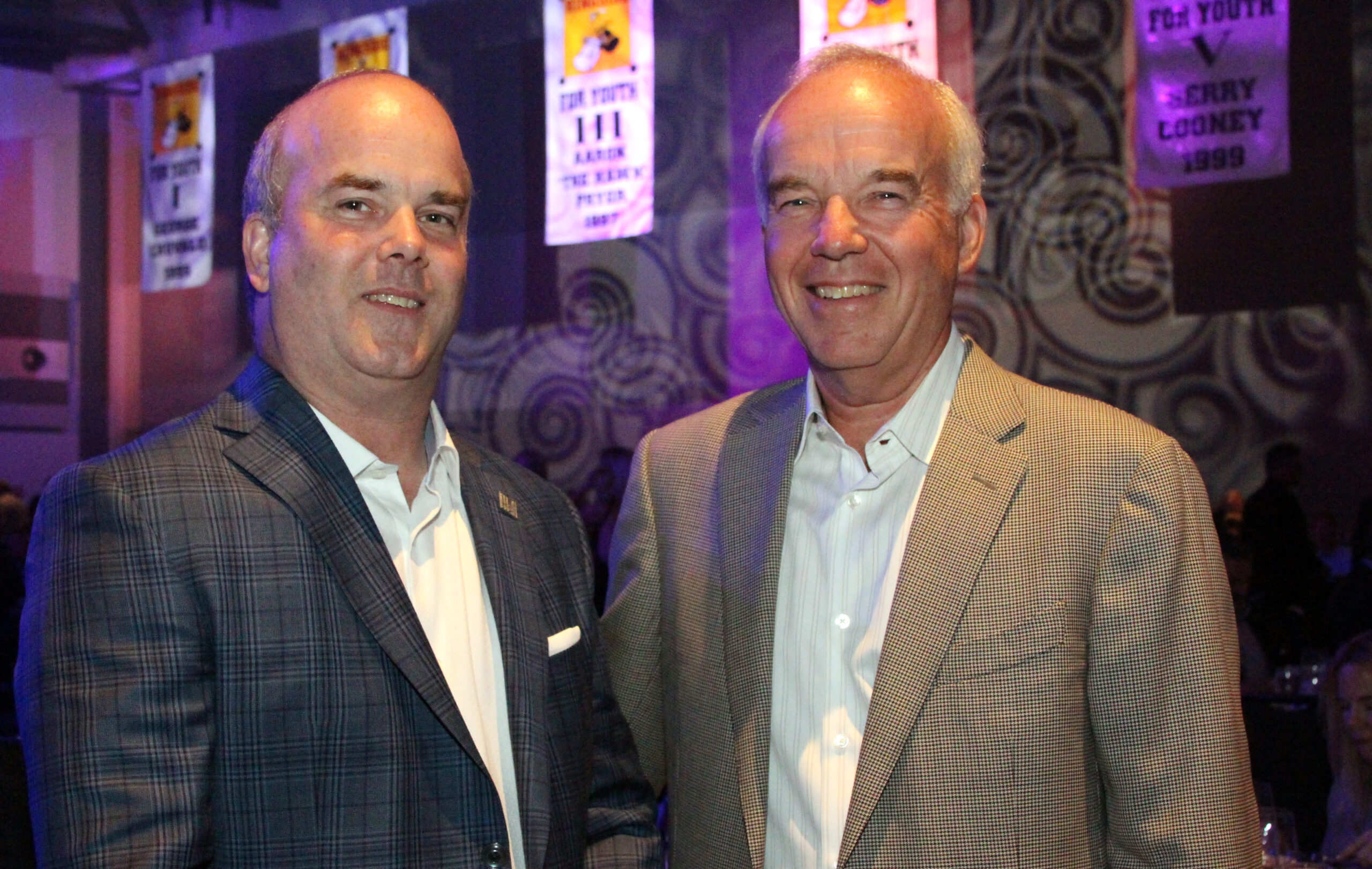 Although the number of female attendees seems to be on the rise, the evening has a “boys’ night out” feel, particularly in the outdoor patio area, filled with cigar smoke. Prominent women in the crowd included Ottawa Police Deputy Chief Jill Skinner, business lawyer Debbie Weinstein and Nina Kressler, president of the Shaw Centre. 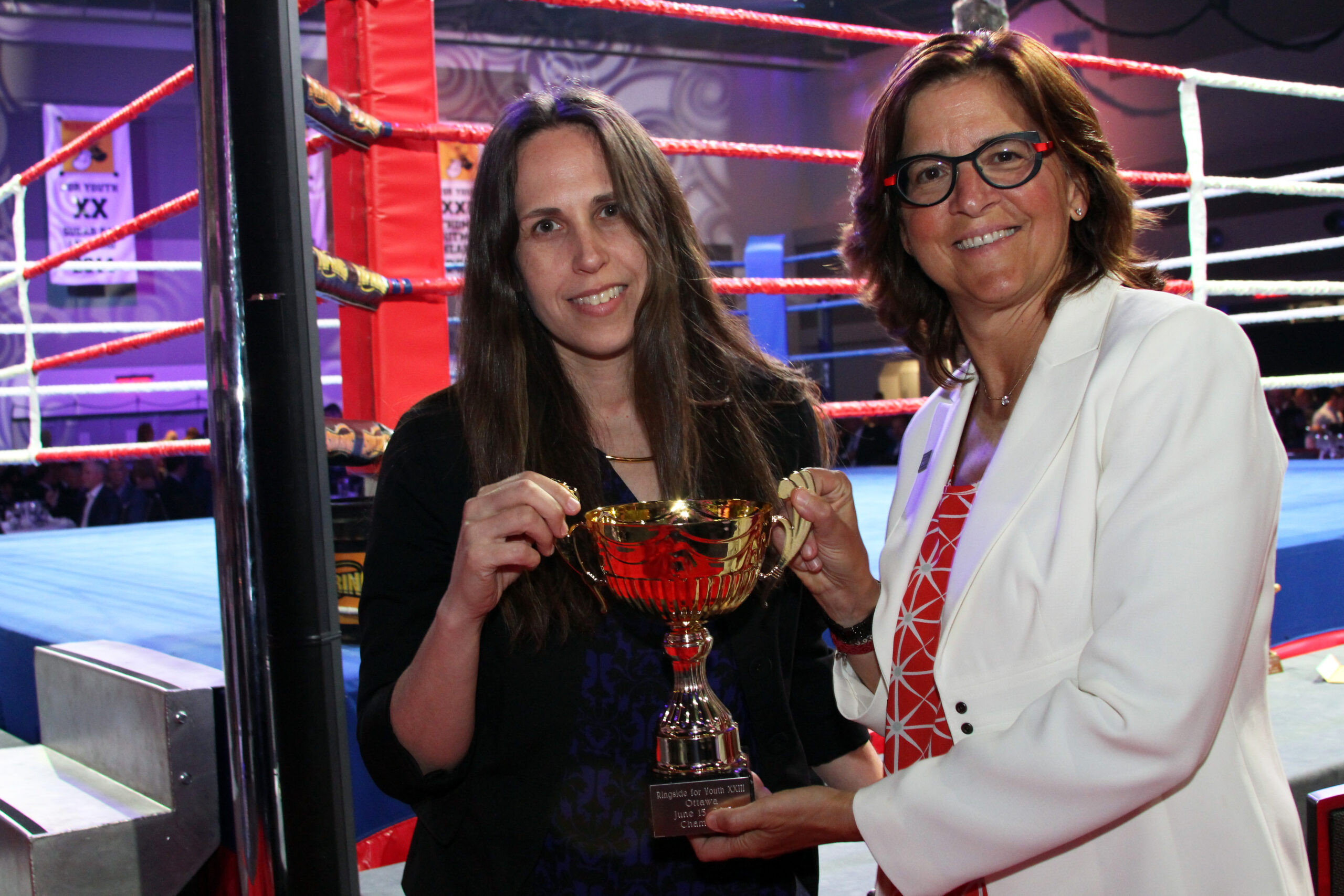 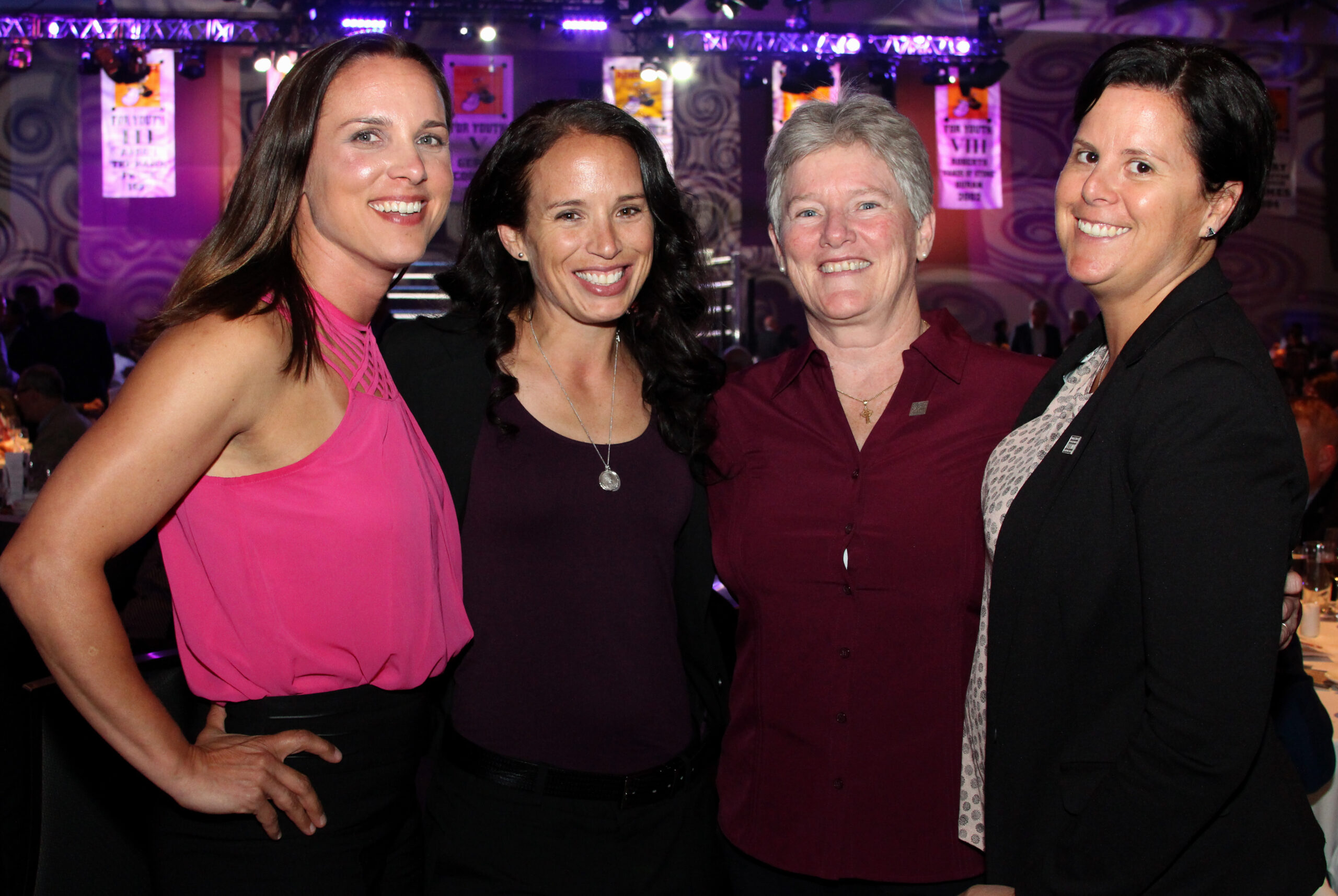 Gallant founded the event, now in its 23rd year, to help the Boys and Girls Club, a non-profit organization that offers everything from homework and computer clubs to sports and recreational activities to summer camps and academic scholarships for at-risk youth. Ringside has raised more than $3 million to date, and organizers expected to net between $160,000 and $170,000 at this year’s dinner.

One of the committee’s longest-serving members is Tom Hicks, co-founder of software manufacturer JetForm, which Adobe bought in 2002. He attended the inaugural Ringside, organized by his friend Gallant, and was very impressed by what he saw.

“After the event, I foolishly went up to him and said, ‘Can I help next year?’ and the bastard said, ‘Yes’,” he told OBJ.social good-naturedly.

Luckily for Hicks, he’s tasked with one of the easier jobs: selling tickets. They start at $250 each and go up in price from there. Yet, many attendees – mostly business folks – come back every year. 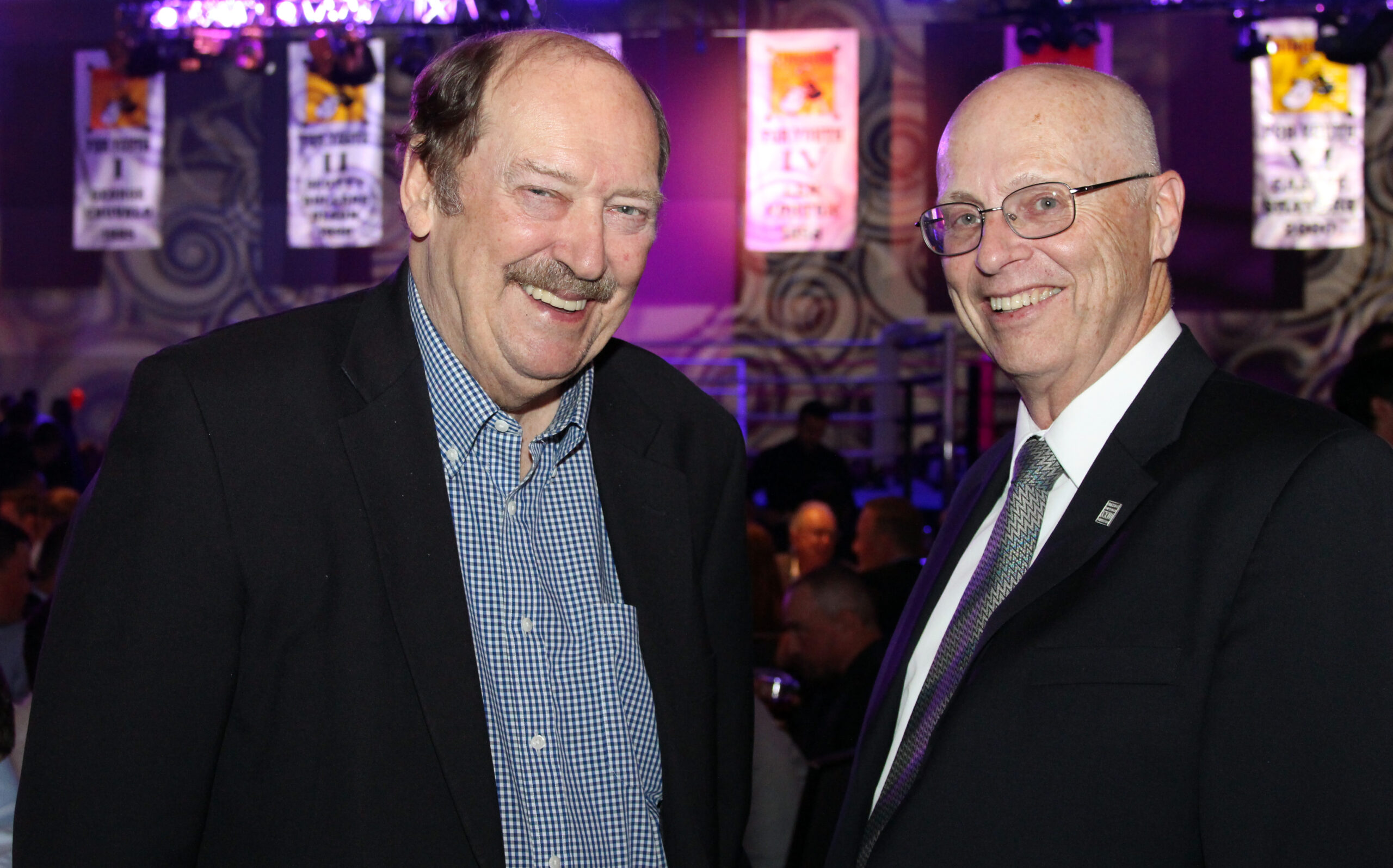 The room heard how the Boys and Girls Club is opening an outdoor Sens Rink next year at the BGCO Police Youth Centre Club on Prince of Wales Drive, and that $90,000 of the proceeds from Ringside will be directed toward that project. Ottawa Senators Foundation president Danielle Robinson and Ottawa Senators Hockey Club president and CEO Tom Anselmi made a $200,000 ceremonial cheque presentation in the ring to Stephen Beckta. The prominent restaurateur recently took over from staunch supporter Graham Macmillan as board chair of the Boys and Girls Club. 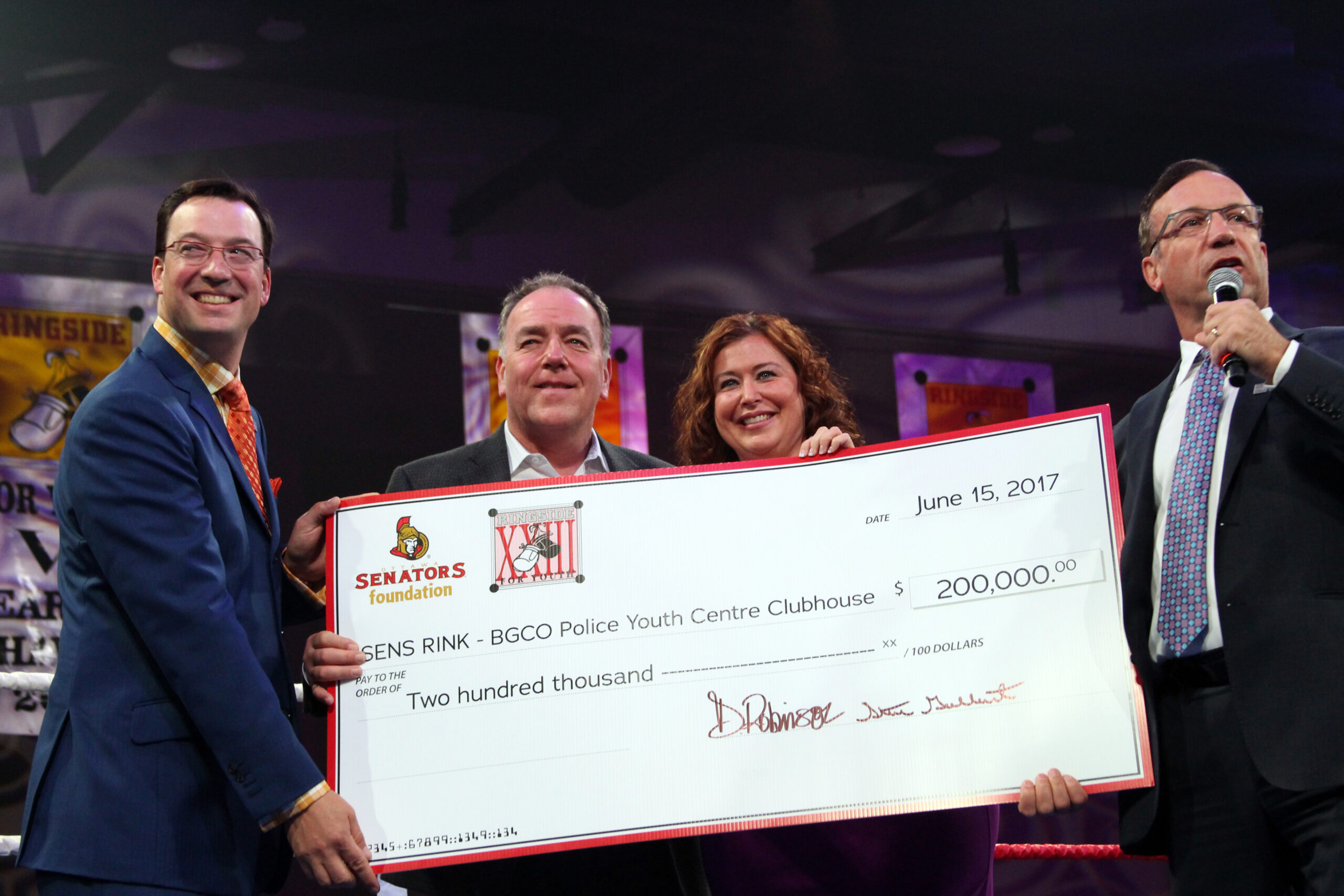 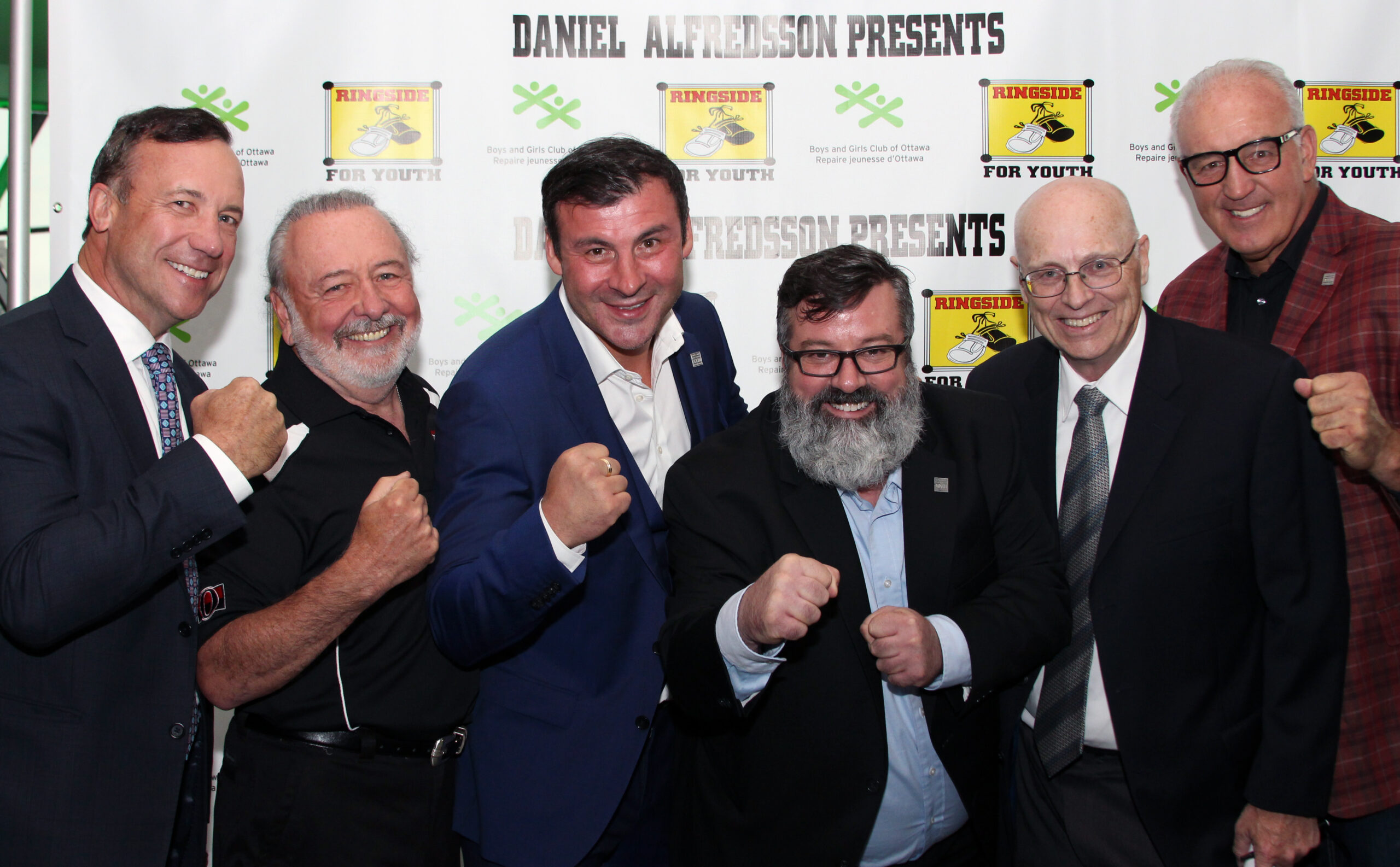 Ringside has hosted many greats of the boxing world, including Roy Jones Jr., Sugar Ray Leonard, and Marvelous Marvin Hagler.