The oath taken by Special Olympic athletes is said to have originally come from the gladiators of Ancient Rome, as they entered the arena saying: “Let me win. But if I cannot win, let me be brave in the attempt.”

In the Ottawa area, there are more than 1,000 registered athletes and volunteers who participate, and it’s their community sports programs that always benefit from an annual breakfast organized by Kelly Santini LLP.

The fundraiser was held Friday in the Shaw Centre’s Trillium Ballroom. From there, one could admire the downtown views as they gradually went from darkness to bright daylight, brought on by the sunrise.

Returning to co-chair the 13th Annual Special Olympics Festival Breakfast were two of Kelly Santini’s law partners, Don Burke and Lisa Langevin, a 2017 finalist for Businesswoman of the Year in the professional category. 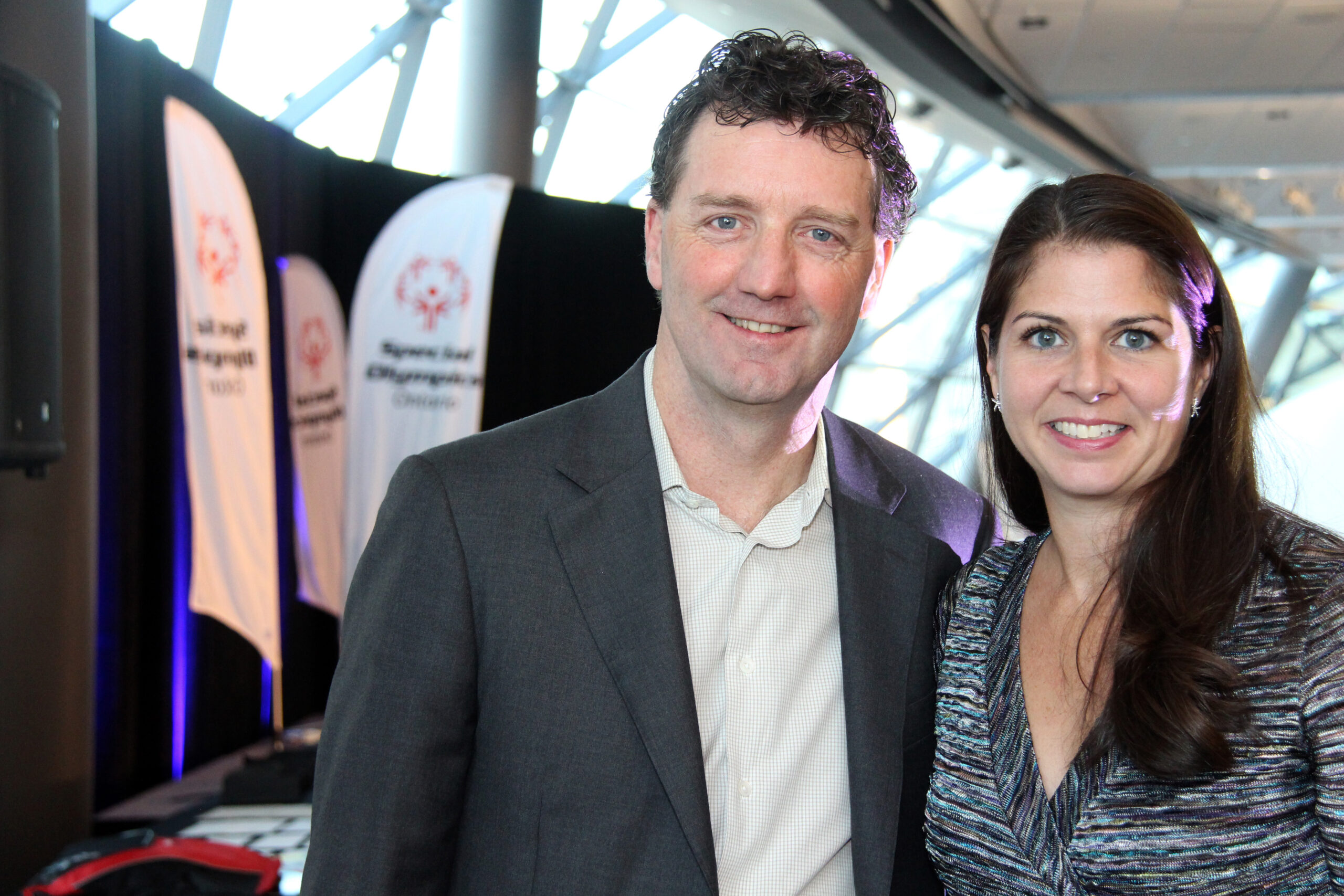 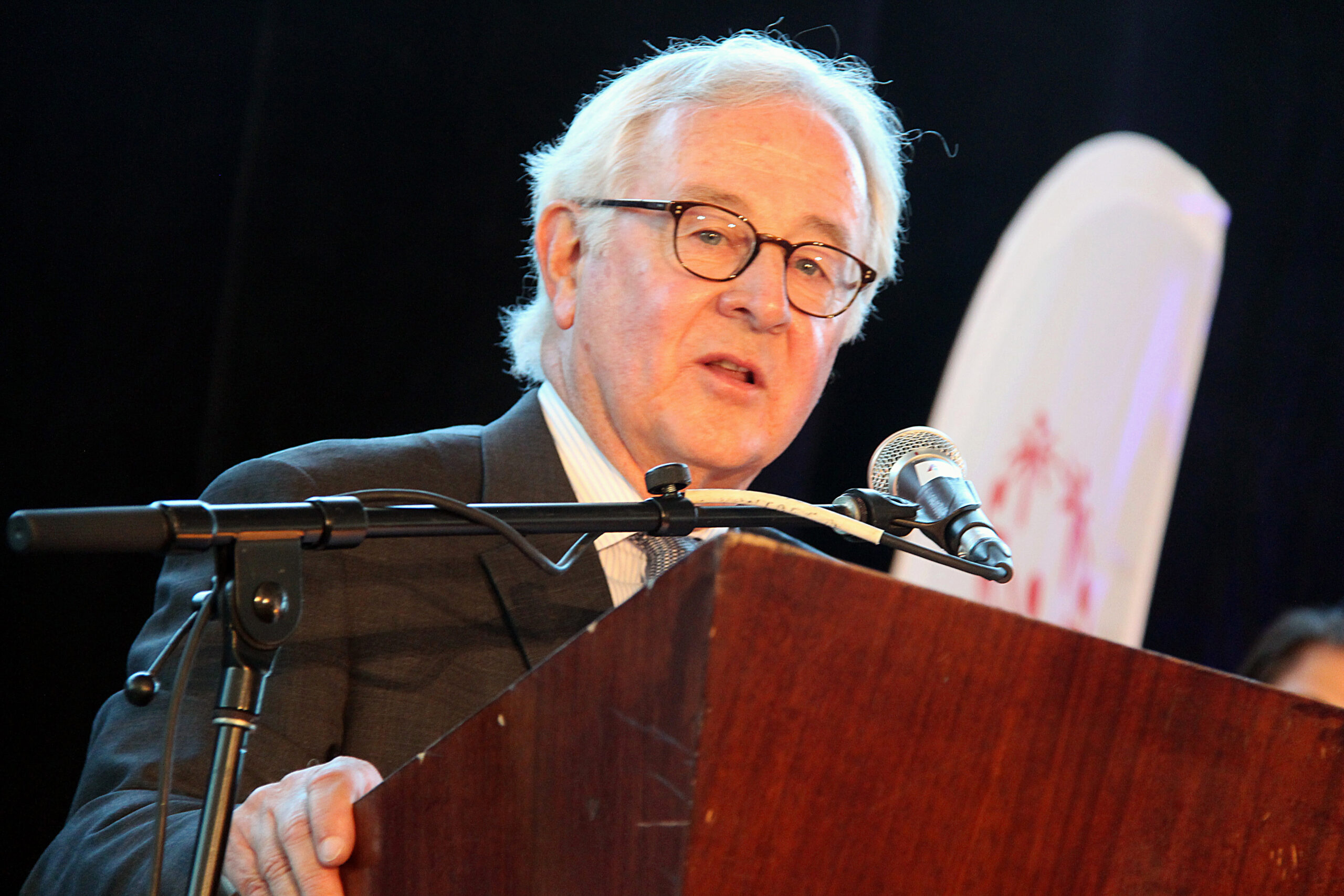 There was a larger business crowd there than usual, with about 360 attendees.

The breakfast covered a lot of ground in just two hours, but sports broadcaster Vic Rauter was back to emcee and keep everything on schedule. Highlights included performances by Special Olympic rhythmic gymnasts, a rousing musical escort of athletes and dignitaries by the Ottawa Police Service Pipe Band, award presentations and a keynote speech by Rick Campbell, founding head coach of the Ottawa Redblacks since 2014. 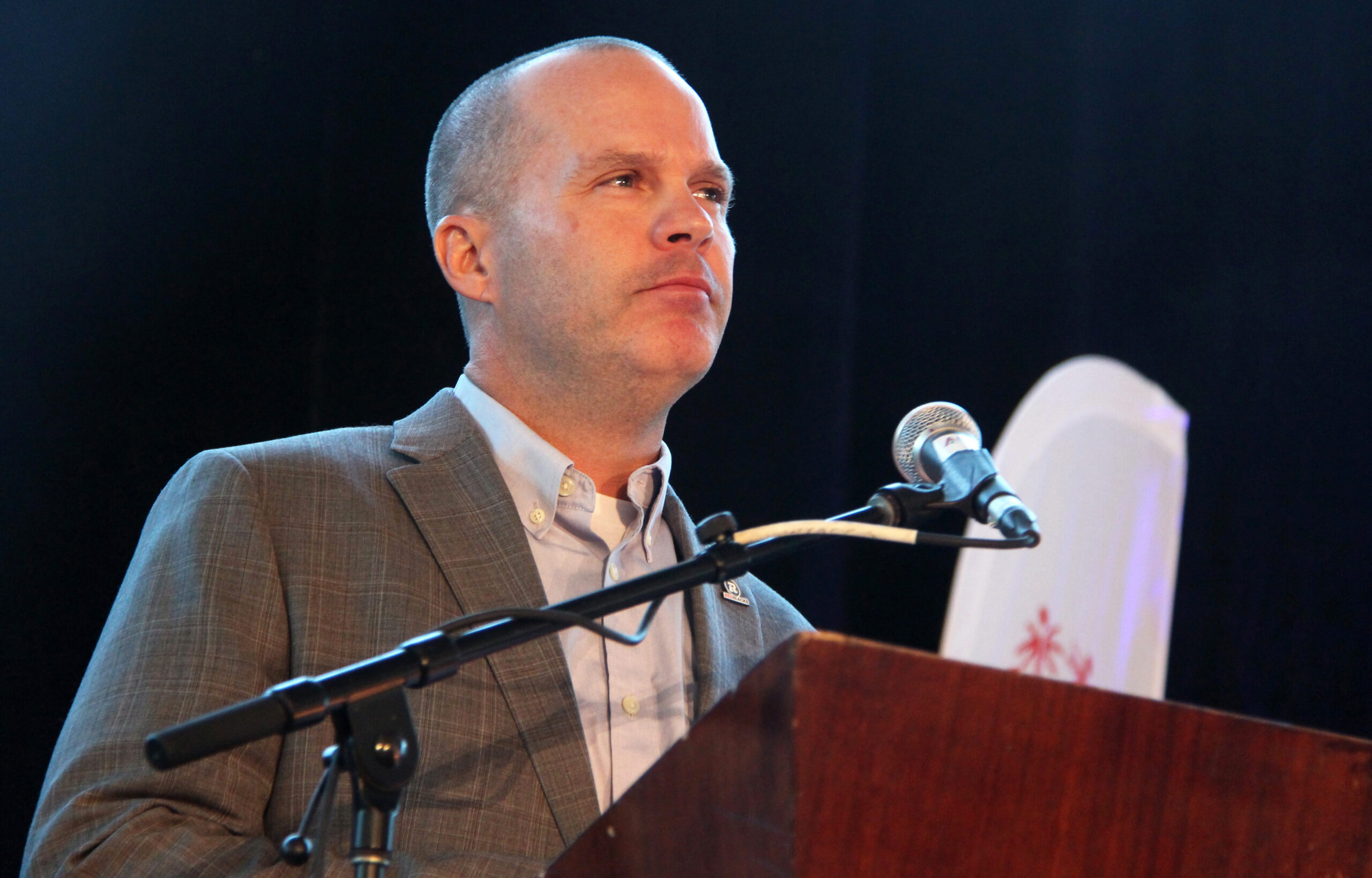 His sports-themed message to the athletes was that they should believe in themselves. Even professional athletes, such as Redblacks football players, get nervous every time they go out on the field, he said.

“I have a great amount of appreciation for what you guys do, by willing to compete,” Campbell told the athletes.

The coach recalled the Redblacks’ attitude when the team got together for one last meeting, prior to its Nov. 27, 2016 championship game win against Calgary. They had lost the Grey Cup the previous year to Edmonton.

“I could just tell our players believed it was time,” said Campbell.

“I think if you believe in yourself and you believe you’re going to find a way to get it done, great things can happen.”

He also shared another sports memory, dating back to when he was first hired as head coach.

“I didn’t know much about Ottawa but I knew I wanted to be part of something big,” said Campbell. “We had no coaches, we had no players and I remember walking into the office we had out on Industrial Avenue. Marcel Desjardin, the GM, was basically the only one here, and he said, ‘Here’s what we have’. And there was a box on the floor with Redblacks t-shirts. That was it. 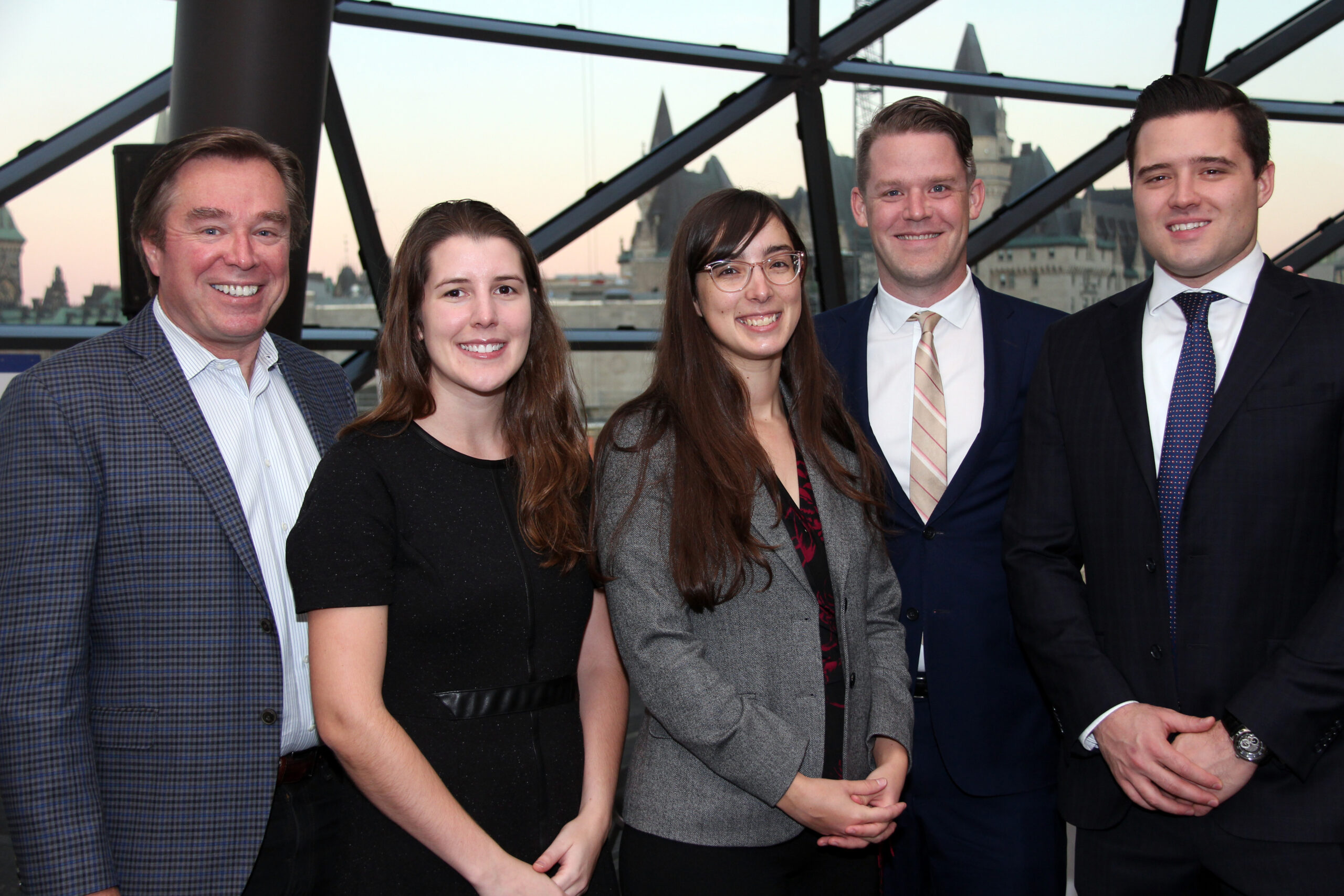 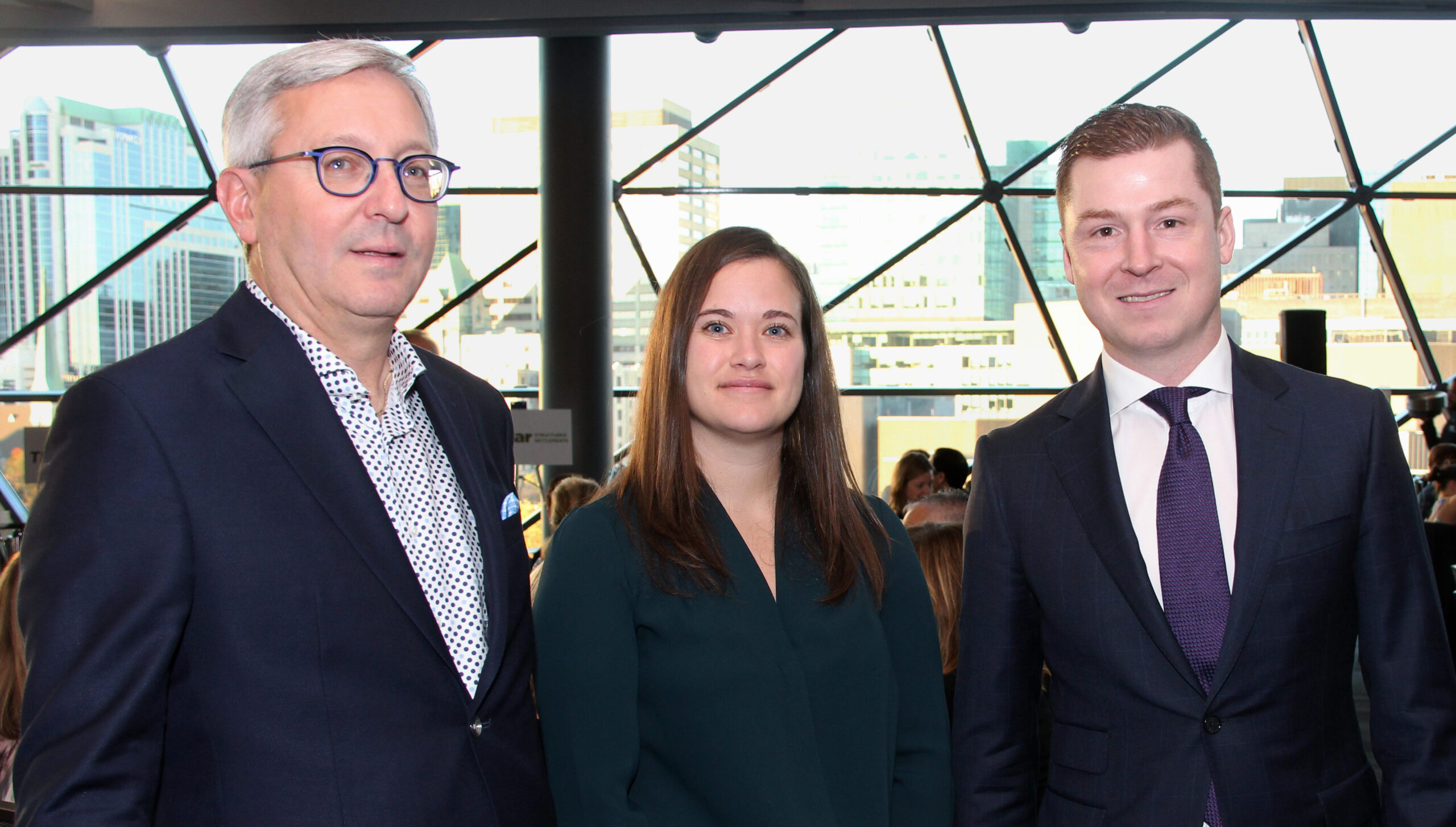 The Special Olympics Festival Breakfast has raised more than $300,000 for local athletes over the last 13 years.