Innovation at the forefront

Innovative technology is not just the domain of Ottawa’s “Silicon Valley North.” This mature industry, whose roots are in Ottawa, has grown beyond the capital’s borders and now finds itself in enclaves all over Eastern Ontario. As the future of the region, and indeed society, becomes increasingly fuelled by technology, Eastern Ontario boasts many advantages and key players. Whether global powerhouse Ross Video or defence darling Bubble Technology Industries Inc., technology in Eastern Ontario is a going concern. In short, the region is home to many innovative and tech-savvy leaders using their creative minds and teams to drive change, improve productivity and encourage sustainability.

CEO and chairman of the board of Ross Video

David Ross has been involved with the family business, Ross Video, since he was a child. His family moved to Iroquois from Montreal when the company was only one year old. “My biggest business accomplishment is without question the transformation of Ross from a small tech business to the global powerhouse that it is today,” says Ross, who will soon be able to claim that Ross Video has grown to more than 100 times its size since the day he took over in 1991.

Although Ross Video continues to grow, he’s maintained its small company feel. “We have the processes and quality of a global company, but we’ve kept our focus on people and have a high standard for how we all treat each other,” Ross says.

“It’s been quite a run and we’re not done yet,” says Ross, who is overseeing an expansion that will double the size of the factory in Iroquois and add more jobs for the community.

Pricedex Software Inc. develops and supports the leading product information software systems in the automotive and heavy-duty aftermarket business space in Brockville. “We have no Canadian customers, so we are a 100 per cent importer of money into the Canadian economy,” says O’Reilly, who adds he is proud of his part in turning an almost insolvent company into one that  has enjoyed modest but continuous success and stability for more than 20 years. 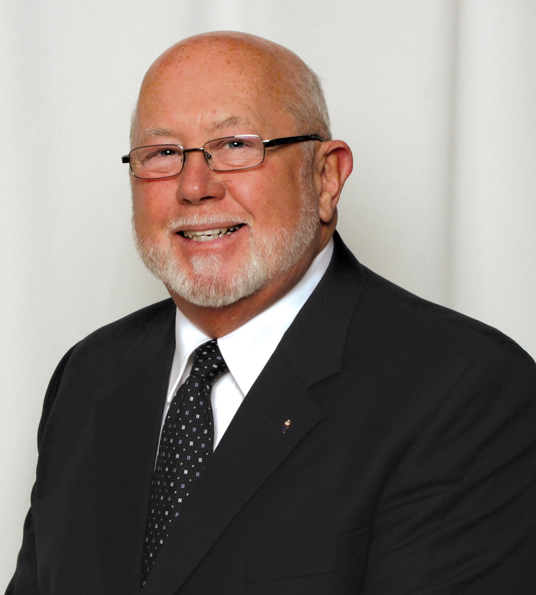 The Pricedex team strives to be an active contributor to its community, moved to action through the “tremendous respect and admiration we have for other business leaders in this community who also serve and support, in various ways, the overall quality of life here,” O’Reilly says. “We are moved by the genuine belief that communities are what we make them.”

Initially from Deep River, Lianne Ing has been with Chalk River’s Bubble Technology Industries since 2003. “BTI develops advanced technologies to support a number of important radiation and explosives detection missions in defence, counter-terrorism and space exploration,” Ing says.  “As a result, our work supports public safety and the advancement of science.”

Although being a small business means “there are always more things on the to-do list than there are hours in the day,” Ing advocates for small businesses on the board of directors of the Canadian Chamber of Commerce, volunteers and engages with her community and mentors the next generation of professionals in her field. Her greatest accomplishment is securing BTI’s first contracts with the U.S. Department of Homeland Security. “That was not an easy feat for a small Canadian company, but we were able to demonstrate our capabilities in research and technology development.”

Sam Khan has been an entrepreneur in residence for Invest Ottawa and Launch Lab and is on an Innovation Board (DDIQC) at Queen’s University — and that’s what he does in his spare time. His day job is as vice-president of operations and business development at iStorm, a media and digital marketing company located in Kingston. iStorm also focuses on custom software development in online gaming, tourism, human resources, consumer products and other industries.

“The biggest challenge is aligning client expectations with budgets … and keeping your reputation intact,” says Khan, “I’ve mentored close to 300 companies at Launch Lab/Invest Ottawa over 12 years to scale their business and generate more than $15 million a year in sales and customer transactions for clients.”

Khan has a soft spot for Eastern Ontario. “I want the [whole] area to survive and prosper. The only way we can do that is if we keep the community engaged and allow people to build businesses that can scale within the area and create jobs.”

Currently, Sam is personally is advising and helping raise investment capital for a carbon boat manufacturer who is creating the first electric compulsion system for a luxury boat. “It’s basically like a Tesla in the water,” Khan says. The company plans on having a showroom for the boat located in Eastern Ontario. The company currently has manufacturing in Arnprior.

Launch Lab Kingston is the first regional innovation centre in the Ontario Network. The lab provides strategic business advice to rural and urban companies starting, growing and scaling their businesses. A team of advisers from different backgrounds works together to engage with the next generation of entrepreneurs. CEO Scott Runte has lived in Eastern Ontario his whole life and has spent several years innovating in and around Ottawa and the 401 corridor.

“The impact that Launch Lab has had on 100-plus companies from Cornwall to Belleville dwarfs any of the individual success I may have,” says Runte. When faced with a challenge, says Runte, “you have to get comfortable being uncomfortable. That’s part of what makes a successful entrepreneur.”

Launch Lab now has a renewed mandate with the province to continue to support Eastern Ontario innovation. “It’s an opportunity to continue being a catalyst and a voice for innovation.”

board chairman of SigmaPoint Technologies

SigmaPoint Technologies is an original equipment manufacturer of prototypes, supply chain management and design review. The organization contributes to the local economy by offering annual scholarships for up to 10 students each year and hiring eight to 15 university students every summer.

Tom Kaneb, the board chairman, grew up in Cornwall and has been in the area most of his adult life. He dedicates his time to entrepreneurial activities as well as being on the board and an investor in Fieldless Farms, an indoor farming operation in Cornwall.

One of Kaneb’s greatest accomplishments was raising $12 million, six times more than any previous campaign, for the Hospital Capital Campaign in 2006, which he co-chaired with his wife.

Kaneb continues to be active in the community and is heavily involved with the Cornwall Innovation Centre, now known as CREATE. “We’re hoping to build a local Stormont, Dundas and Glengarry branch of the Angel Network, which will give local businesses an opportunity to access resources and funding that hasn’t been there before.”

president and CEO of Kinarm

Anne Vivian-Scott leads a team of 10 who are all seeking to help neuroscientists answer questions about how the brain works. The Kinarm, which spun out of Queen’s University in 2004, is a complex robotic instrument that studies different parts of the brain. 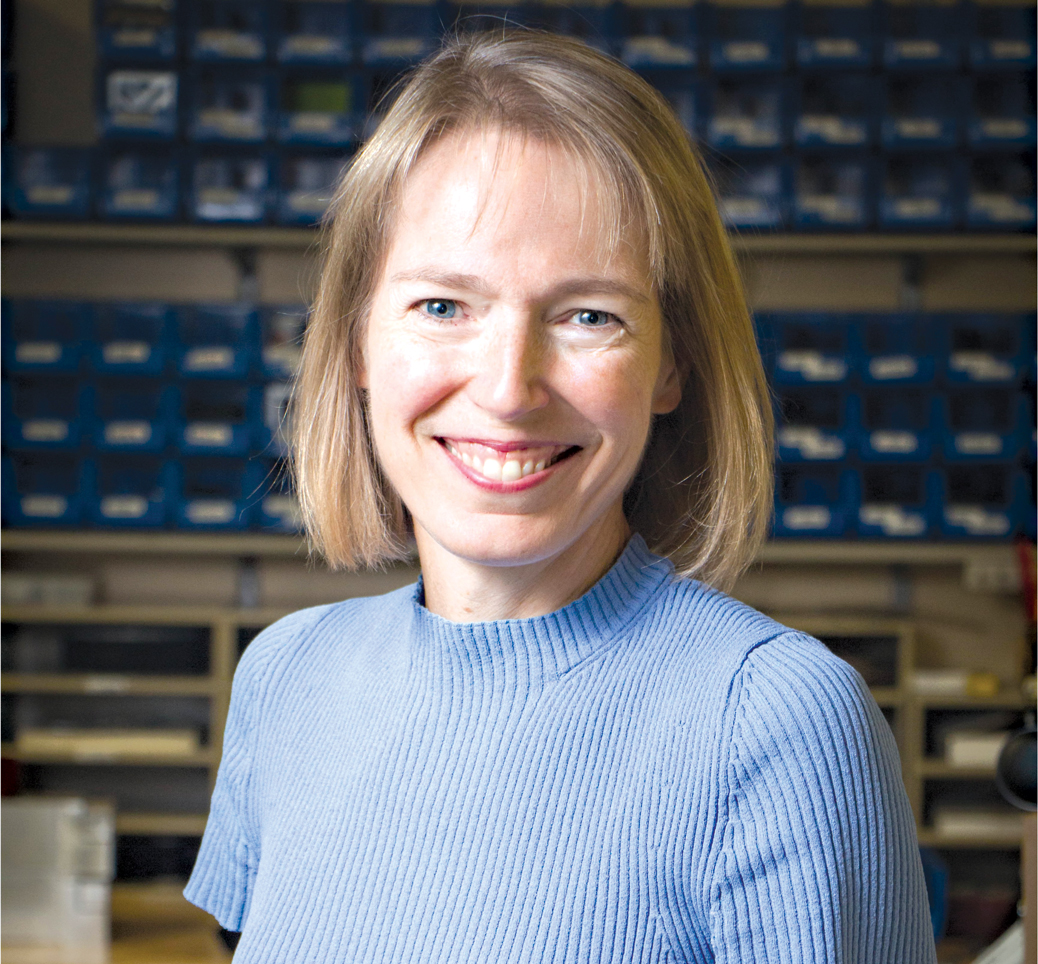 “There are very poor tools to understanding whether the brain is healthy or not,” Vivian-Scott says. “Our goal is to address the gap that’s inhibiting the development of better therapeutic approaches.”

There are now 120 Kinarm robotic instruments in 16 different countries serving hundreds of customers. The company is now pushing for its instrument to become a registered medical device and a tool for supporting brain injury and diseases in mainstream clinical care.

Vivian-Scott, who is originally from the Toronto area, applauds the many programs available to Queen’s students to help them stay in the area upon graduation. She says her biggest accomplishment is “being able to work with really smart people who can solve tough problems.”