Philanthropist passed away from the disease last month

Philanthropy in Ottawa is supported by The Foundation (WCPD), an Ottawa-based philanthropic tax planning advisory firm that helps individuals and foundations increase the size and impact of their charitable donations.

Even after Marc Jolicoeur became a successful lawyer and community leader, it’s clear he never forgot where he came from nor the people he met along the way.

Having grown up in Vanier, he credited the community with playing an important role in shaping his identity. “With Marc, not only did he ‘own it’, he was proud of it,” said close friend Françoise Gagnon.

Jolicoeur’s family ran a hardware store. As a boy, he would go door-to-door to collect food for families in need, visit the old folks’ homes and the St. Joseph orphanage.

“He always had a sense of giving back,” said Gagnon. “There was humility in who he was and there was pride in his roots.”

Jolicoeur, 68, passed away Feb. 28 after being diagnosed 14 months earlier with an aggressive brain cancer known as glioblastoma. His wife, Kathleen Faulkner, devoted herself to his care.

The Marc Jolicoeur and Kathleen Faulkner Legacy Endowment Fund was created by the pair, when Jolicoeur was still alive, at The Ottawa Hospital. It supports brain cancer research, with a focus on finding better treatments for glioblastoma. 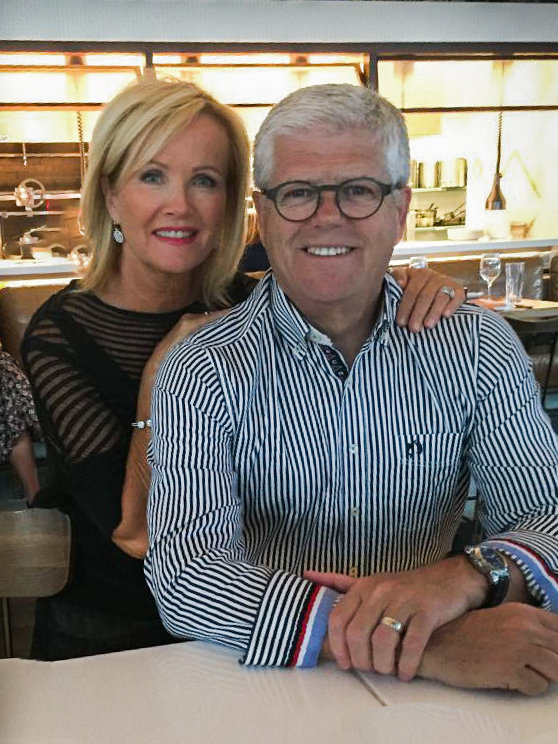 Jolicoeur played a key role in the growth and success of Canadian law firm Borden Ladner Gervais. The proud francophone used his skills as a lawyer to assist larger institutions and non-profit organizations. Most recently, he was board vice chair of The Ottawa Hospital. He was also a former board chair at his alma mater, the University of Ottawa. He spent almost two decades with United Way learning about disadvantaged youth and new Canadians, and gaining greater awareness of the needs of seniors and people with disabilities. He was also involved with the Ottawa Community Foundation, the Youth Services Bureau Foundation, the University of Ottawa Heart Institute and La Cité Collegiale.

Dr. Jack Kitts, retired president and CEO of The Ottawa Hospital, worked closely with him when Jolicoeur was principal lead counsel for the hospital. “We are a much better community because Marc was here,” said Kitts. “He will be sorely missed.”

Lawrence Greenspon of Greenspon Granger Hill met Jolicoeur when they were classmates in law school. Jolicoeur made a “massive” contribution in the community, said Greenspon.

Jolicoeur had been looking forward to accepting an award from Volunteer Ottawa this spring. It was Jolicoeur’s strong belief that he got “way more back” from volunteering than he gave.

“My biggest personal challenge was coming out of my shell, and my work and community involvement helped me to achieve this,” he stated in the speech he had prepared.

“I consider myself blessed to have known Marc for 20 years,” said Gagnon. “It speaks to Marc’s humility that, since his passing, I have learned of scholarships and bursaries he and Kathleen have personally supported for years. Never did they say a word about this lesser known aspect of their philanthropy. Marc didn’t need nor seek to have his name in shining lights. He just did the right thing because it was the right thing to do. No fanfare. That was Marc.”