A major campaign led by the fundraising arm of The Perley and Rideau Veterans’ Health Centre to transform care for our country’s fastest-growing population – frail seniors – is gaining significant ground following a $2 million gift from Commissionaires Ottawa.

The donation, announced Tuesday, is the largest ever made to Perley Rideau’s foundation. But it’s not the first significant gift from Commissionaires Ottawa. The organization previously gave $1 million toward the Perley Rideau’s independent and assisted-living apartment units for seniors, including veterans.

This time around, the funds will be helping the Perley Rideau’s Centre of Excellence in Frailty-Informed Care. As the first of its kind in Canada, the centre’s focus is on innovative and applied research that can translate into better evidence-based practices for caring for seniors and veterans both at Perley Rideau and beyond. Former CBC News anchor Peter Mansbridge is honorary chair of the $10-million Answering the Call campaign, which is co-chaired by Ottawa community leader John Jarvis.

“We’re very proud to be able to do our bit to help,” said Commissionaires Ottawa CEO Paul Guindon of the historic donation.

Commissionaires, which has 15 divisions across the country, was founded in Canada in 1925 to employ veterans of the First World War. Today, it’s the largest private-sector employer of former members of the Canadian Armed Forces and RCMP and the only national not-for-profit security company. Commissionaires Ottawa remains the biggest division, with operations in Ottawa, Gatineau, northern Ontario and Windsor. It employs roughly 4,100 people and has a client base that includes the federal government.

The work being done at Perley Rideau’s Centre of Excellence in Frailty-Informed Care aligns closely with the Commissionaires’ own purpose of looking after Canada’s veterans, said Guindon. He has seen past employees from his organization become long-term care residents at the Perley, including a former head of operations who passed away there last December while suffering from mental decline.

“We have a similar philosophy, similar purpose as Perley; we look after veterans when they’re younger, when they need work, but Perley looks after them when they get a little more mature and need some medical attention,” said Guindon, a retired captain who served 33 years in the Canadian navy.

“The Perley is doing a great job,” he added. “They’re outstanding folks there. They’re really dedicated to what they do and dedicated to their population, to the people they take care of. It’s a great, great, great organization.”

Perley Rideau, which is home to more than 600 men and women, offers 450 long-term care beds, 139 seniors independent living apartments and a 12-room guest house for individuals living with dementia. 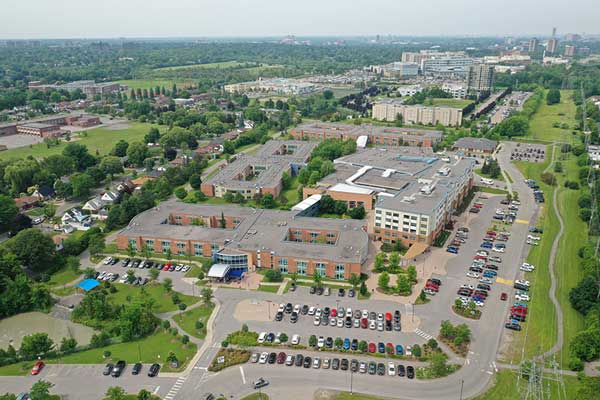 Akos Hoffer, president and CEO of the Perley and Rideau Veterans’ Health Centre, said they’re thrilled to receive the $2 million gift, particularly from Commissionaires Ottawa, an organization that’s already been exceptionally generous toward the Perley Rideau in the past.

“To have them come back again, and with a larger donation, feels like a real vote of confidence; it just really puts wind in your sails,” said Hoffer, who’s hoping the donation inspires support from others in the business community, both locally and nationally.

In recognition of the gift, the research chair title will now be known as the Commissionaires Ottawa Research Chair in Frailty-Informed Care. This position is held by Dr. Annie Robitaille, an assistant professor in the Interdisciplinary School of Health Sciences at the University of Ottawa. She has dedicated her career to examining a broad spectrum of issues related to aging.

Frailty is a state of increased vulnerability, with reduced physical reserve and loss of function across multiple body systems. This reduces one’s ability to cope with normal or minor stresses, which can cause rapid and dramatic changes in health. While frailty affects the quality of life and risk of death, it is a medical condition and not an inevitable part of aging.

The research and innovation being done at the Centre of Excellence in Frailty-Informed Care, established in 2019, will have far-reaching benefits, Hoffer pointed out.

“That’s one of the really neat things about this campaign – for the first time we’re feeling like we’re raising money for a cause that is beyond the boundaries of our campus and our city.”

The Perley Rideau, for example, has adopted a SeeME frailty assessment and management framework, developed by the Centre of Excellence, that takes a holistic, individualized approach to care. It’s also looking at how new technology can help monitor residents and keep them feeling socially connected. 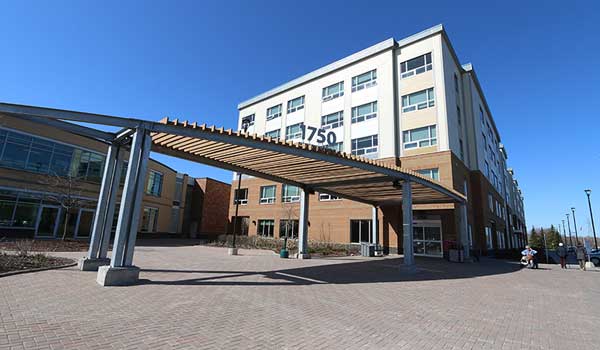 It’s no secret Canada’s large baby boomer generation is aging and that individuals are living longer.

“As a system, we’re not ready,” said Hoffer. “We definitely want to be part of that conversation, from a policy perspective.”

Long-term care homes, in general, have been in the spotlight during the COVID-19 pandemic due to deadly outbreaks at facilities. The early days were anxious and uncertain times for Perley Rideau, but the organization took a proactive approach to testing residents and staff, and has a strong track record of preventing viral outbreaks, said Hoffer, who acknowledged the crisis was hard on staff morale.

“It’s demoralizing when you’re working really hard and are really involved – because you can’t work here and not have your heart in the game, as well – and then on your way home from work and you turn on the radio, it’s just a deluge of bad news and criticism. Unfortunately, the whole selector is painted with the same brush.

“It’s one of our communication challenges, because I don’t think anyone would think to look to the long-term sector for expertise but, in fact, and it’s not just confined to Perley Rideau, there is a lot of expertise, a lot of people who work in long-term care who are true professionals, who have a lot of to offer in terms of solutions.”