Each year, OBJ recognizes the region’s rapidly growing firms with its Fastest Growing Companies awards. The aim is to honour the city’s top performers for substantial, sustainable and profitable growth. Recipients are ranked by their three-year revenue growth. They must have had revenues of at least $100,000 in the first of those three years under consideration. Revenues must have risen to at least $500,000 in their most recent fiscal year.

Whereas most dairy farmers see unused milk byproducts as a problem, Dairy Distillery co-founder and CEO Omid McDonald saw them as an opportunity.

Since 2018, the Almonte-based distillery has been making cream liquors and other spirits from milk permeate, the liquid left over after cream, fat and proteins have been removed from whole milk for use in products such as butter, ice cream and yogurt.

While milk permeate usually ends up down the drain, McDonald put the sugary substance to use. The unconventional idea has been a resounding success.

McDonald, who previously launched three tech startups, says he began making moonshine after visiting a micro-distillery in Charleston, S.C. But the real inspiration came after his cousin Neal McCarten (now a partner and director of operations at Dairy Distillery) mentioned that his uncle’s dairy farm was dumping skim milk.

“I discovered that this waste product is an issue in Canada and around the world, and is a huge problem for the environment. I wondered if something could be done about it,” McDonald explains.

The serial entrepreneur worked with a professor in the University of Ottawa’s biology department to perfect the process of converting milk sugar into spirits. Meanwhile, he cold-called various dairy farms around Ottawa to find a supplier of milk permeate.

To McDonald’s delight, the final product was a vodka that’s tasty, lactose-free and more energy-efficient to distill than spirits made from grains or potatoes.

When the COVID-19 pandemic began, a new application for milk permeate emerged. Funded by a $455,000 grant from the Ontario government, the company pivoted to create hand sanitizer for Ottawa hospitals.

“When a hospital calls and asks for something, there’s really only one answer: how much, and when?” McDonald says.

Dairy Distillery is currently working on expanding into Quebec and British Columbia. The distillery is also constructing a new 6,000-square-foot production facility, which McDonald says will allow the company to triple both its output and the number of employees. 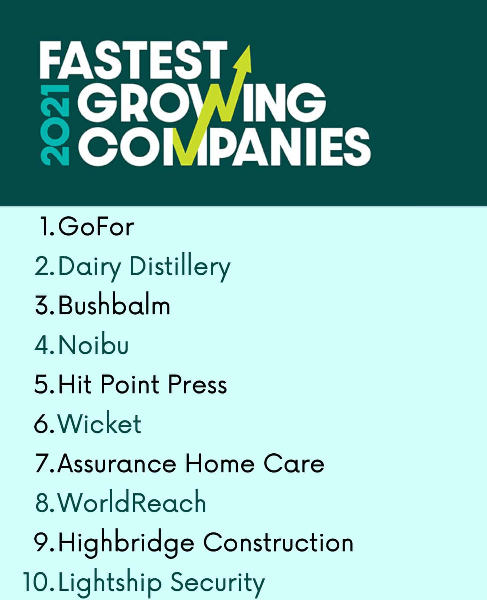