There may be more than 100 companies of all sizes already deeply immersed in Renfrew County forestry, but the 160-year-old industry is far from saturated.

There’s always room for a few more, says Alastair Baird, the manager of economic development services for the County of Renfrew. Although it’s too early to provide details, Baird revealed to the Ottawa Business Journal that deep-pocketed European interests have almost finalized a deal to set up a multimillion-dollar operation in the county.

While COVID-19 has propelled “skyrocketing” demand and prices for Renfrew wood, the European company in question became interested in the county’s potential before the pandemic and has been negotiating all along, Baird explained.

The true beauty of the new business is that it’s at the value-added end of the line – in other words, taking local lumber and turning it into a finished product for additional revenue and more jobs such as is done by Pastway Planing, which makes and sells pressure-treated building materials in Combermere, south of Barry’s Bay. 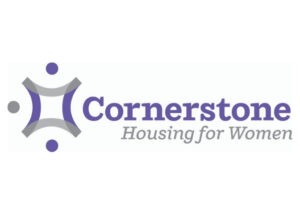 Baird wouldn’t be specific about the European company’s main product, news of which came during a discussion about the state of the venerable local forestry industry – one of the region’s main economic generators. Other potential new industry players are also talking shop with county officials, Baird added.

The interest of outsiders is well known to Renfrew’s established forest companies, said Kris Heideman, who runs Lavern Heideman & Sons of Eganville. The company is one of the county’s dominant lumber companies and processes some 45 million board feet a year of white and red pine.

There’s plenty of interest to go around, especially when it comes to pulp, Heideman said, observing that manufacturers making new products from wood remnants that can’t be turned into boards and beams are particularly welcome.

Heideman is one of the many companies across the county with acres of lumber sitting in their yards, drying or awaiting shipment to markets across North American and around the world. The market has always had its ups and downs, but Heideman agreed with Baird that it was moving steadily forward over the past five years before encountering the so-called “COVID bump.”

One important factor is that consumers are rediscovering the sustainability of wood over other building materials, especially under modern forest management and processing practices. More trees are planted than are extracted from Renfrew County and Canadian forests every year, he emphasized.

Employing 110 workers directly, Heideman’s selectively harvests trees from about 150 locations, many of them owned by the company, others in private ownership, and several Crown locations. Partly attributable to COVID-19, one of the biggest drawbacks in the industry – which employs some 6,900 workers in Renfrew County alone – now is a shortage of skilled workers. In fact, workers of any description.

Several initiatives are under way to change that.

About 20 per cent of the industry’s workforce is made up of women. Promoting their participation is an organization called Women in Wood, which was co-founded by Renfrew County forester Lacey Rose.

The provincial government is also involved in tackling the skills shortage. It recently pledged $5 million – to be shared between Ottawa-Renfrew and Peterborough-Haliburton – to help current workers and new ones entering the sector gain the skills needed to compete for jobs now going unfilled.

Specifically, the project is intended to assist some 450 workers and job hopefuls gain employment and advance their careers in eastern Ontario wood-product manufacturing. It’ll include training in milling and manufacturing, field procedures and heavy equipment. In Renfrew, training will be provided at Algonquin College’s Pembroke campus, which has delivered a forestry technician program for several decades.

Baird observed that modern sustainable forestry practices have resulted in a healthier, more bountiful forest cover since the early settlement days when trees were clear cut and not replaced to satisfy insatiable European demand.

He’s supported by Heideman and Forester Rose, a self-proclaimed tree-hugger who maintains that giving forests a value ensures their protection and that there shouldn’t be “any shame” associated with cutting trees as long as they’re assisted in growing back.

These days, no tree is harvested in Canada’s public forests without “jumping through many hoops” to guarantee sustainability, Rose stated.

“We are legally and professionally required to ensure that managed forests successfully regenerate,” she emphasized, adding that a managed forest is a healthy forest.

“Often overlooked is that trees have a lifespan and are taken out by fire, disease, insects, wind or old age. Less than 0.5 per cent of available public forest in Canada is harvested, and every year, 400 million to 600 million trees are planted.”

She also noted that people who work in the woods care a lot about them. As is the case in Renfrew, it’s common for forestry businesses to be family-run and multi-generational; they intend to make sure their children and grandchildren also have an opportunity to make a living from the forests.

“I’m hopeful that a prosperous forest sector will be a place that many young Canadians will be proud to work in … as I am,” Rose said.