As the truckers’ demonstration morphs into some kind of Idle Some More protest, grassroots help is on the way for downtown restaurants losing money due to all the noise, traffic and road restrictions that are driving customers away.

An online campaign has been created by a small group of Ottawa community leaders to raise a minimum of $250,000 in funds to be disbursed in a fair and equitable manner to establishments impacted by ongoing disruptions happening in and around Parliament Hill, affecting such districts as the ByWard Market, Centretown and even peripheral areas.

“We’re going to try and take care of the people in most dire need first,” said Robin Duetta, lead organizer of the Ottawa Restaurant Fund. “We’re working on a formula now; there’s going to be criteria.”

Many restaurants located in the thick of things are not generating the kind of revenue they normally would from in-door dining or take-out orders because customers are nervous about going downtown or don’t want to dine to the tune of honking horns, which have temporarily been silenced as of Monday by a court-ordered injunction. 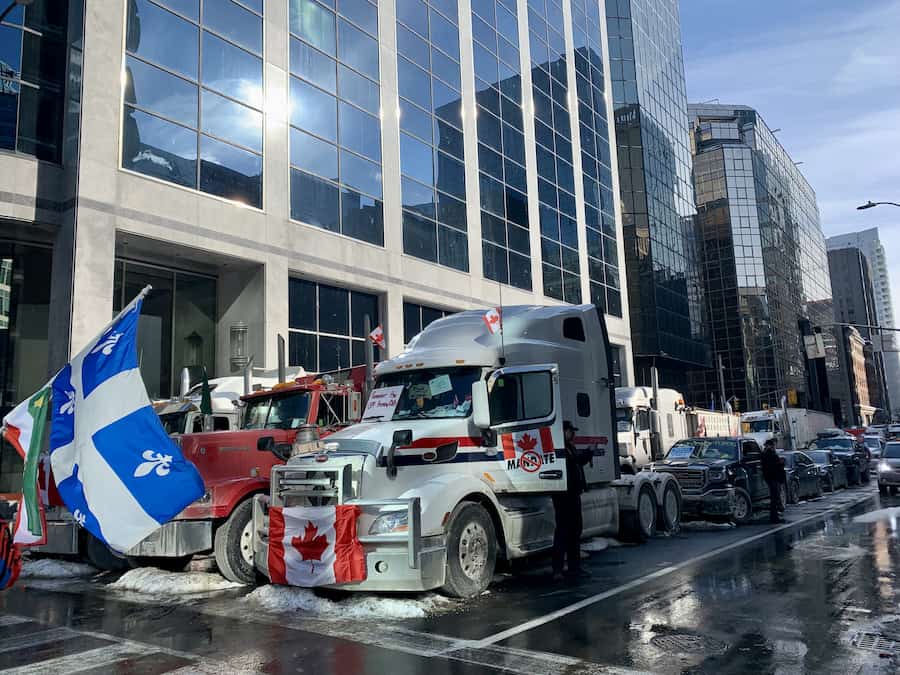 Even if the trucks disappeared tomorrow, said Duetta, their absence wouldn’t repair the financial damage caused to the downtown-area restaurant industry over the past week. “We would love to be in a position to have to have trouble finding where to put this money.”

“If the truckers’ convoy can raise $10 million, surely Ottawa can come together and raise a quarter-million for its community.”

The campaign has intentionally set its goal high, Duetta acknowledged.

“It’s ambitious but I think the city can do this,” he said. “If the truckers’ convoy can raise $10 million, surely Ottawa can come together and raise a quarter-million for its community.”

It was prominent Ottawa restaurateur, chef and humanitarian Joe Thottungal who came up with the idea to start a fundraiser after he felt somebody needed to step up and take action. He reached out to Duetta, who has a wealth of experience in event planning and marketing.

A GoFundMe campaign was initiated this past weekend and, as of Tuesday morning, more than 650 individuals had cumulatively donated $57,000, with the total constantly rising.

“We need to do something,” Thottungal said Monday, speaking at Thali on Cooper Street during what would normally be his busy lunch rush. Instead, his downtown restaurant was nearly empty. “Who else is going to do something? Not a small mom-and-pop restaurant.” 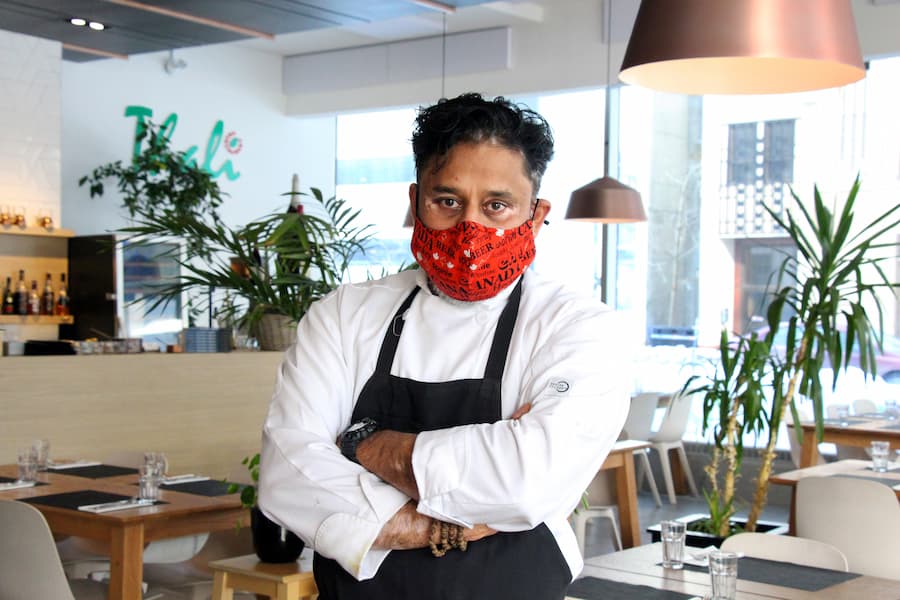 Thottungal, along with Aiana Restaurant owner and fellow organizer Devinder Chaudhary, removed himself from any involvement in the financial part of the fundraiser, including the approval and grant allotment process. Rather, Duetta is being assisted by a committee that includes well-respected business leader Sheila Whyte, owner of Thyme & Again catering company and take-home food shop; and Order of Ottawa recipient Ric Watson, director of food services for The Ottawa Mission homeless services provider.

“The size of the grants are going to depend on how much money we raise,” said Duetta, who wants to wait until later this month to start dispensing funds, to give time for word to spread and the fundraiser to grow. He’s hoping they can extend the goal beyond the $250,000.

The restaurateurs will be required to share a minimum of 50 per cent of the grant money with all employees of their business. Any leftover funds will be donated to a food-related charity. 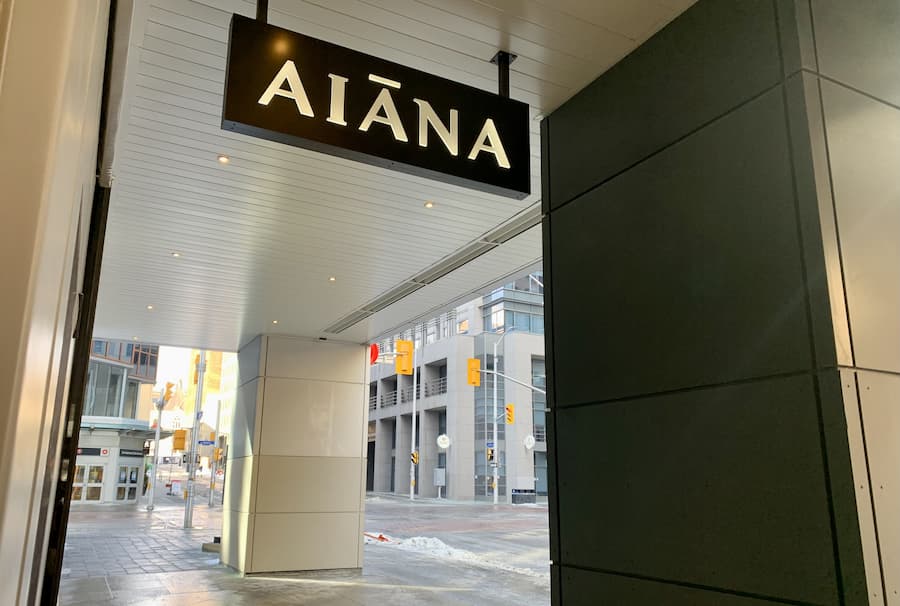 Duetta is hopeful residents get behind the cause and show their appreciation for the downtown-area restaurants as they face another crisis.

“We have to help them. What would our city be like if it was full of fast-food restaurants and multinational chains?”

Thottungal remains very concerned with how the truckers’ convoy might harm business on Valentine’s Day, which is traditionally a profitable evening for restaurants. The industry has already suffered considerably from repeated in-door dining closures during the pandemic and capacity restrictions. Winterlude activities have been cancelled (again). As well, many downtown workers continue to work from home, generating less money for downtown shops and restaurants.

While businesses did receive government support over the course of the pandemic, some new restaurants did not qualify, while others have faced delays accessing government grants, said Duetta. Pandemic aid programs are expiring or have expired.

“I think there are some businesses that are in a very fragile situation,” said Duetta. “They’re trying to figure things out, they’ve probably refinanced their homes, gone to the banks and stretched their credit limits again.

“There are many restaurateurs that have been very solid and financially secure for a long time that are basically having to go back to step one and start over if they want to continue,” said Duetta, who’s aware of restaurants that lost tens of thousands of dollars in sales last week because of the demonstrations. 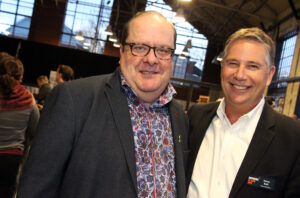 The goal of the Ottawa Restaurant Fund is to help the affected members of the industry survive their latest hardship, he said.

Restaurants’ contributions go far beyond serving nice meals, said Duetta, who has for years worked closely with local chefs in organizing popular charity fundraisers, such as Taste for Hope and Feast of Fields.

When the pandemic hit, it was the culinary community helping to feed the poor and hungry, he added.

“During the darkest hours, these chefs weren’t thinking of themselves, they were thinking about the community. The impact of a healthy culinary community on Ottawa as a whole is incalculable.”

More information is available on the fundraising campaign at Ottawa Restaurant Fund.