Ottawa physicians, coders, designers and entrepreneurs came together this past weekend to find some common ground on some of healthcare’s most pressing problems.

Hacking Health Ottawa, in collaboration with the Children’s Hospital of Eastern Ontario, IBM and a slew of medical companies and community organizations, hosted the HIP613 hackathon at Shopify’s Ottawa headquarters.

The 48-hour event primarily saw medical professionals bring forth the problems from their respective fields and techies collaborate on solutions. Hacking Health began in Canada, but has since spread to more than 60 cities around the world. This is the organization’s first hackathon in Ottawa. 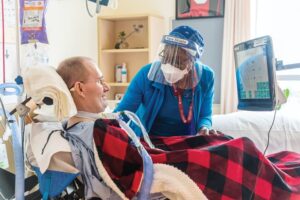 By undergoing Lean Green Belt training, staff were taught how to improve patient satisfaction and care outcomes while reducing costs. Luc Sirois, the global lead and co-founder of Hacking Health, acted as hype man and MC for the weekend, visibly thrilled to be facilitating the weekend’s projects.

“Oh my god, this is what it’s about! I got shivers,” he told Techopia before the pitches began.

#HIP613 is bumping at @Shopify as we get ready for pitching pic.twitter.com/Nc7eWJ0tPM

Around 20 groups pitched their final projects Sunday afternoon, with a few common themes emerging from their final products. Issues such as the digitization and accessibility of medical records saw database solutions proposed, and technologies such as artificial intelligence, 3D printing and custom coded apps and websites helped tackle a variety of physicians’ concerns. Multiple groups took advantage of IBM’s Watson Analytics to streamline information gathering and organization tasks.

Susanne Rutherford and Caitlin Schwartz, two family physicians, assembled a team to develop an app focused on preventative care for women. Their product, the Women’s Health Information Tracker (WHIT), won numerous prizes after the pitchfest. The app organizes a custom wellness plan for women based on factors such as age and medication needs, and sets reminders for women to schedule mammograms and other crucial checkups.

“We know that women are turning online for their primary information before going to see the doctor. There needs to be a resource that’s reliable and trustworthy,” Rutherford tells Techopia. For her, the hackathon provided the technical background she needed to solve a regular problem she sees at her practice.

“This opportunity was really a dream come true for us, to be able to have a vision from a medical, healthcare perspective and have an entire team of people to make it a reality from a technical point of view,” she says.

A number of projects were championed by CHEO’s own physicians, including plastic surgeon Kevin Cheung. His team of three actually pitched two projects over the weekend, both winning prizes. One, which is aimed at using existing data to give patients updated wait time expectations if they’re considering a trip to the emergency room, was selected to be piloted through CHEO.

“The only thing we needed was buy-in from CHEO to make it run,” Cheung says. He is quick to credit his two team members with doing the most substantial work. He was mainly there to provide coffee, he says. 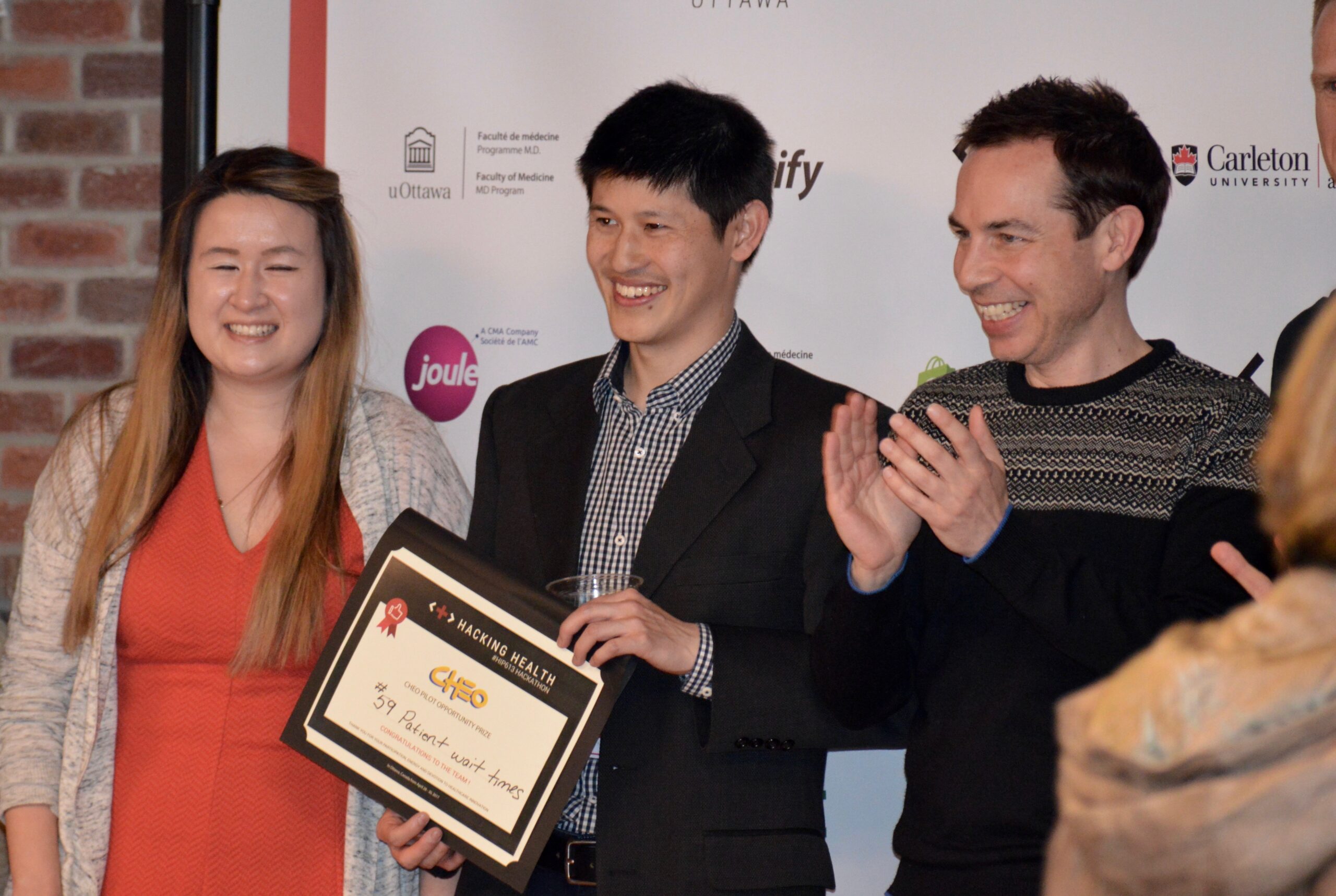 “I wouldn’t say I have ideas. I have problems,” Cheung says with a laugh.

But the goal of HIP613 is to take physician’s problems out of the hospital and expose them to real world skillsets.

“The healthcare system is not built to bring outsiders in,” says Hugo Lemay, CHEO’s head of connected care. “It’s about getting physicians out of the hospital, and bringing techies inside the institution.”

Rutherford agrees, saying the biggest reward of the hackathon was realizing what technical assets WHIT needed, and networking with individuals who can make it happen.

“Now we know what we need and where we need to go to find it,” she says.

Alex Munter, chief executive at CHEO and one of the pitch judges, told Techopia that Ottawa must continue to break down the silos between the health and technology sectors.

“We need to find a way to institutionalize that partnership,” he says. “Hackathons are just one way to do that.”

Hacking Health Ottawa announced another way to carry on the hackathon’s momentum, a new crowdsource funding tool specifically for Ottawa-based medical startups. Digital Health Starter will launch this summer as a way for entrepreneurs looking for product validation and in-person connections to the local medical community to earn a bit of cash for their ideas.

Though tired after a long weekend of hacking health problems, Rutherford says the physical toil was worth accomplishing more than she first thought was possible in 48 hours.

“This weekend was more exhausting than a 24-hour emerge shift.”