The number of people working in Ottawa-Gatineau fell by 2,100 last month. That’s on top of the 2,000 jobs lost in August after the country’s national statistics agency reported that a record-high 722,200 people were working in the region in July.

The number of local residents looking for work also declined last month. That means that despite the loss of jobs, the unemployment rate actually declined by 10 basis points in September to 6.4 per cent. 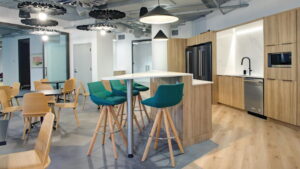 In order to create an office environment suited to a modern, growing business, Dentons connected with a familiar partner, MARANT Construction Limited, a leader in commercial interior construction. 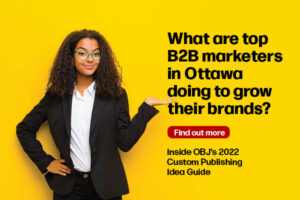 How custom publishing can help grow your business

Whatever name it is known by, one thing is clear, in our multi-channel digital environment, this marketing tactic is driving success for many local organizations.

On a year-over-year basis, employment in Ottawa’s construction sector recorded one of the sharpest downturns, shedding 12,700 jobs. The number of people employed in educational services, meanwhile, fell by 5,900 individuals.

Those declines were offset by increases in the number of residents working in retail, health care as well at information, culture and recreational organizations.

The region’s closely watched tech sector continues to add jobs at a rapid pace, including a gain of 1,100 positions in September. Over the past year, information and communications technology employers have collectively added 10,600 people to their payrolls.

Despite the surge, the agency’s latest jobs survey said the national unemployment rate didn’t budge – remaining seven per cent for the second straight month – as more people entered the workforce.

Of the new jobs, 44,100 of them were considered part-time work, while 50,100 were self-employed positions – some of which may have been unpaid.

The numbers also showed a huge boost in employment last month for Canadians aged 55 years and older, as 56,400 people in that demographic found work, including 37,900 additional positions for women.

A consensus of economists had projected the country would add 10,000 positions in September and that the jobless rate would stay at seven per cent, according to Thomson Reuters.

“Overall, the data are obviously an upside surprise, and add to the picture of strength in the economy in (the third quarter) that completes the recovery from a fire-distorted (second quarter),” CIBC chief economist Avery Shenfeld wrote, with a reference to the Alberta wildfires in May that forced the evacuation of Fort McMurray, Alta..

“The tie breaker will be the fourth quarter, with these job figures helping create some momentum for that trimester.”

Quebec saw the biggest increase last month, with 38,300 new jobs, while Ontario gained 16,200 positions, Alberta added 13,300 and New Brunswick gained 4,400. Employment in British Columbia slipped by 600 positions, but on a year-over-year basis it still led all provinces with the fastest growth rate of 2.6 per cent.

“A positive report for the Canadian economy and one that continues to show modest national growth and an ongoing shake-up in regional labour market strength,” BMO Capital Markets senior economist Robert Kavcic wrote in a research note.

He added that the jobs report reduces the likelihood that the central bank will lower its key short-term lending rate to stimulate the economy.

“For the Bank of Canada, this is another data point arguing against a near-term rate cut.”

Compared to a year earlier, Canada overall had 138,800 more jobs last month for an increase or 0.8 per cent – including 88,500 part-time positions.

In September, the country’s services sector added 55,500 new jobs, with much of the increase in public administration and educational services positions. The goods-producing industries gained 11,600 jobs with construction and manufacturing work providing the biggest boosts.

– With reports by the Canadian Press