A new report suggests 2018 is shaping up to be another big year for commercial real estate investments in the nation’s capital.

Brokerage firm CBRE said some $339.5 million worth of properties changed hands in the second quarter, up 10.5 per cent over the same period last year.

“Investment demand for all asset types (in Ottawa) remains high and tempered only by the availability of product,” CBRE said in its quarterly investment market report. 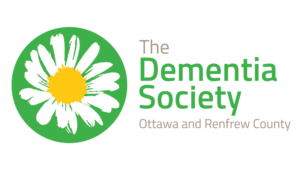 In Ottawa and Renfrew County, there are 24,000 people living with a diagnosis of dementia, including Alzheimer’s disease. This number is expected to double by 2030. The Dementia Society of The largest transaction was the Mierins Auto Group’s portfolio sale of eight dealership and service centres, as well as a pair of land parcels, to the Alpha Auto Group for a combined $80.2 million, according to CBRE.

The strong second quarter brought total investments in the first half of 2018 to $718.5 million, up 10.2 per cent over the same period a year earlier.

It’s not just the dollar value that’s noteworthy; CBRE has tracked 139 transactions that closed in the first six months of 2018, the most active first-half for investments this decade, the firm said.

With several major assets up for sale – including the Jean Edmonds Towers and 234 Laurier Ave. – and LaSalle’s $135-million third-quarter investment in Minto Place already closed, CBRE said it expects total investments to approach or surpass $2 billion. In 2017, overall investment sales in Ottawa hit a five-year high in 2017, with slightly more than $2 billion in assets trading hands.

The report by CBRE Canada says deals totalled $16.5 billion, up 38 per cent from the previous high of $12 billion reached in the first quarter last year, and 105 per cent above the five-year quarterly average.

CBRE says heightened interest in Toronto and Vancouver have made them standouts in North America, with the two tightest downtown office vacancies for the past four quarters and two lowest industrial availability rates for the last six.

Toronto made up a third of all transactions in the second quarter at $5.7 billion to beat the previous record for the city set in 2013 by 20 per cent. The value was 82 per cent above the five-year average.

CBRE said investors are focusing in on high-quality assets that are more reliable in the event of a downturn.

– With reporting by The Canadian Press