Amid rising revenues and improving market conditions, members of Ottawa’s business community are maintaining an optimistic outlook with intentions to grow employee headcounts and, in many cases, expand their physical office space.

That was just one of the key findings in the Ottawa Business Growth Survey, an annual poll of hundreds of local companies and entrepreneurs. The results of the survey were unveiled Tuesday night at the Westin Ottawa.

Ottawa’s business confidence index held steady year-over-year, but remains firmly in positive territory at levels above those recorded between 2013 and 2015. That suggests a raft of downbeat macroeconomic news – such as trade tensions, rising interest rates and perceptions of a labour shortage – have failed to significantly dampen the mood among local businesses.

“The results are remarkably stable, despite the headwinds that the economy is feeling,” said David Coletto, the CEO of Abacus Data. The local market research firm administered the Ottawa Business Growth Survey and analyzed the results.

“There are no clear red flags … Businesses are feeling upbeat,” he added. 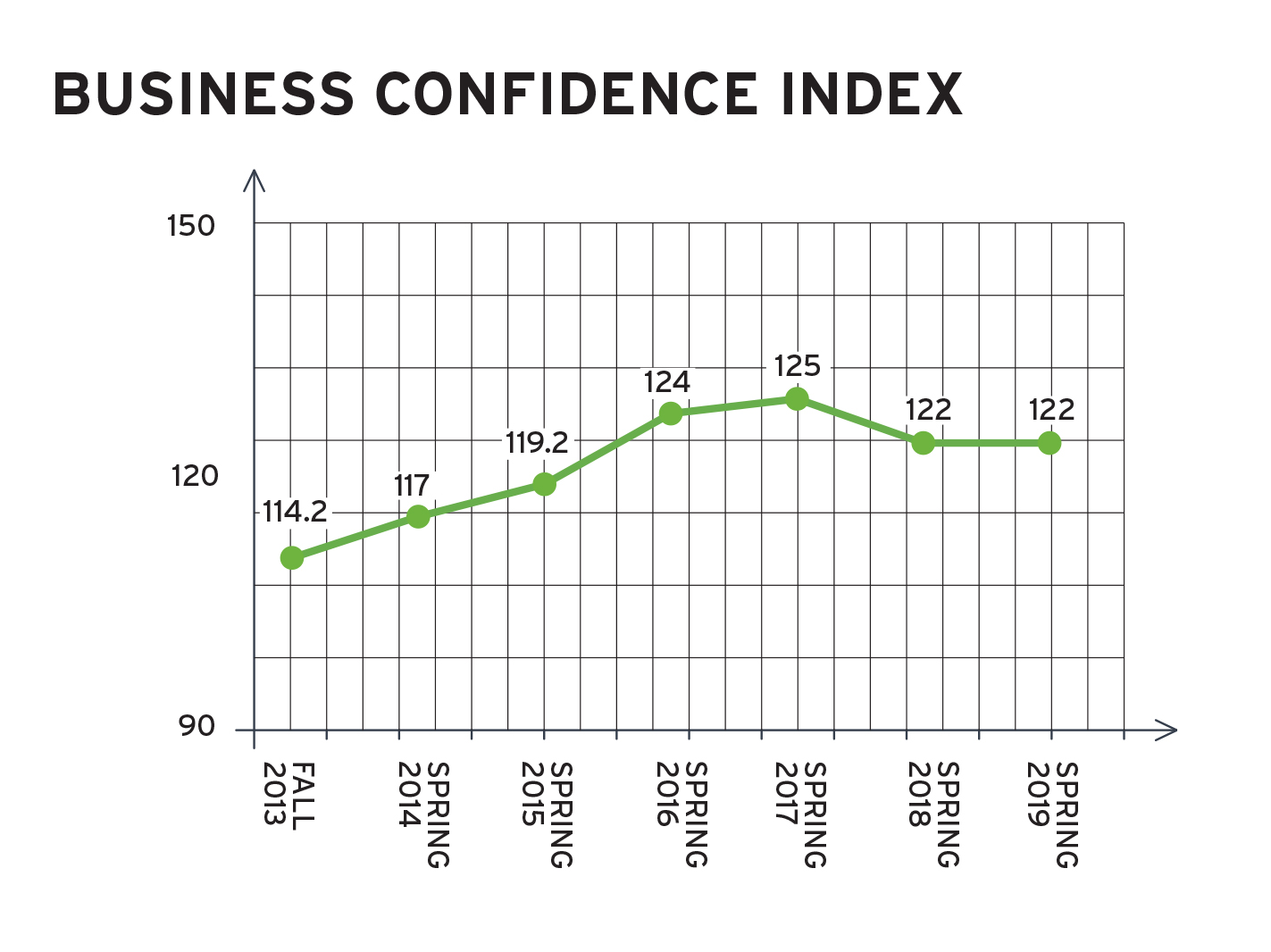 While the overall sentiment is positive, the 2019 Ottawa Business Growth Survey revealed significant differences between respondents in various economic sectors.

Confidence within the construction sector continues to rise, likely buoyed by a raft of megaprojects including the second phase of Ottawa’s light-rail network, the 10-year renovation of Parliament Hill and a hot housing market. Tech respondents remain the most optimistic out of any industry, although their confidence did fall year-over-year – movement that may reflect the sector’s inherent volatility.

Elsewhere, many in the hospitality sector had feared a post-Canada 150 “hangover” characterized by declining visitor numbers in the immediate aftermath of the country’s sesquicentennial celebrations. Those concerns likely contributed to declining confidence in the sector last year; with those fears alleviated and visitor numbers holding strong, confidence among respondents in the hospitality sector rebounded significantly in 2019.

The business confidence index is a composite calculation based on the responses to several of the questions contained on the following pages. The scale ranges from zero to 200, with a score of 100 representing a neutral position. A score higher than 100 is positive, while a score lower than 100 is negative.

The survey also suggested that the hunt for skilled talent continues to keep business owners up at night.

In other key findings, the completion of phase one of light rail topped the list of infrastructure projects that will have the most positive impact on the city’s economy, with nearly 29 per cent of business owners ranking it No. 1 and two-thirds placing it in the top five. The proposed redevelopment of LeBreton Flats came second on the list, with 15 per cent rating it the most important project and 63 per cent putting it in their top five.

You can download a free copy of the 2019 Ottawa Business Growth Survey here.