It’s been scientifically proven that getting outside has a profound effect on the brain. For businesswoman Elizabeth Kilvert, the great outdoors is her favourite place to go when she really needs to clear her mind.

“That’s what grounds me; that’s what gives me perspective, and that’s what helps me make sensible decisions as a business owner,” she told OBJ.social at a sponsored reception held by Nature Canada on Monday, in the Centre Block of Parliament Hill.

“I try and sneak outdoors as much as possible,” she says.

The life of a small business owner can be harried and frenetic, said Kilvert, who’s been running The Unrefined Olive in the Glebe for the past five years. She opened her second location two years ago in Kanata, selling premium extra virgin olive oil, aged balsamic vinegar and food specialty items.

Before going into business, Kilvert worked in the areas of marine biology, sustainable development and environmental education. She’s one of the founding members of Women for Nature, a philanthropic and collaborate initiative started by Nature Canada back in 2014. 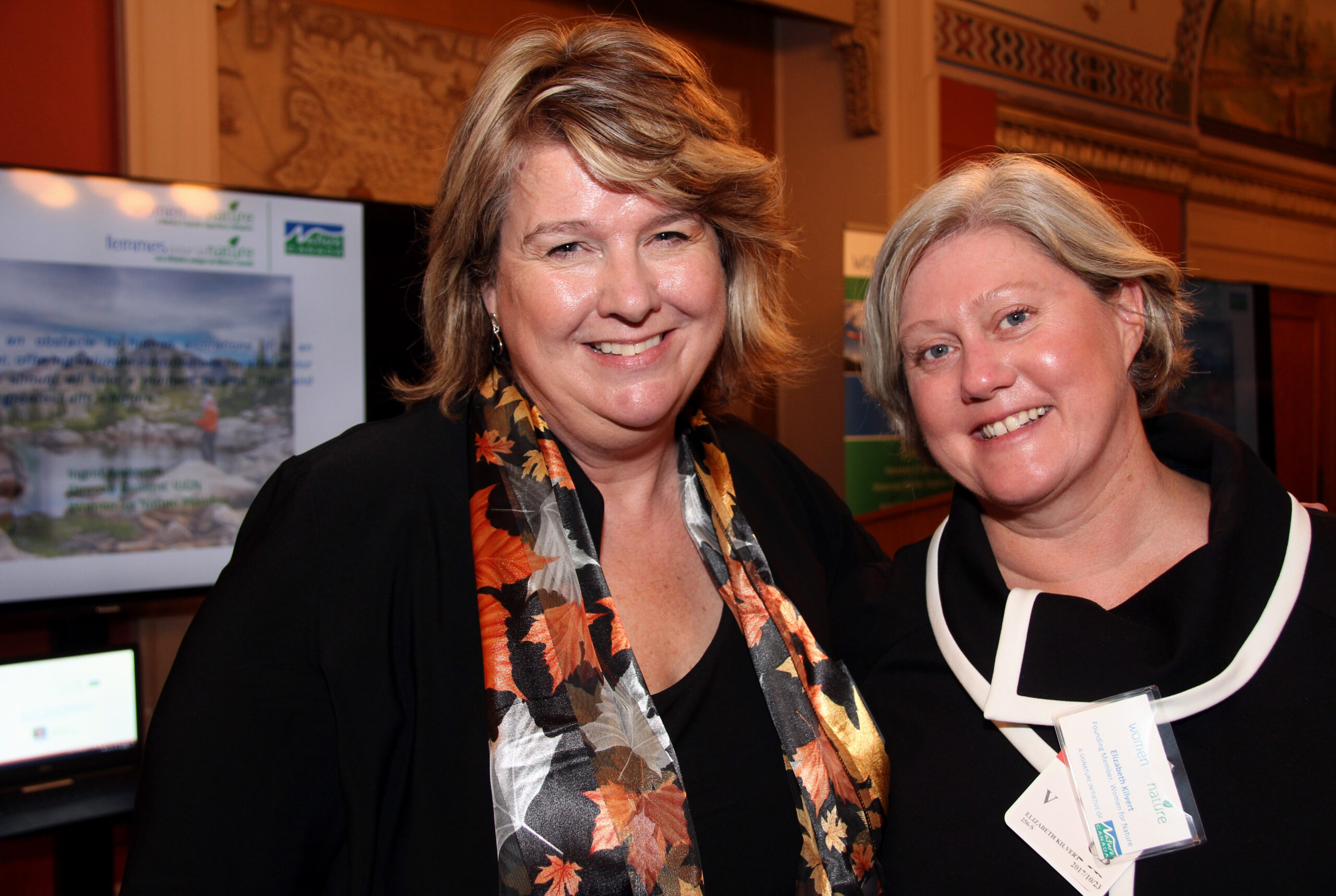 The all-female group brings professional and influential women together to champion nature conservation in Canada. It has successfully recruited more than 150 members – exceeding its goal of reaching 150 in honour of Canada’s sesquicentennial anniversary year. Its honorary patron is Sophie Grégoire-Trudeau.

The reception also celebrated the new young nature leadership grants created to encourage younger Canadians to better connect with nature and its wildlife and habitats.

The group’s honorary chair is Senator Diane Griffin from Prince Edward Island. The senator, who was appointed in 2016, worked her entire career in conservationism and is a former deputy minister of environmental resources. 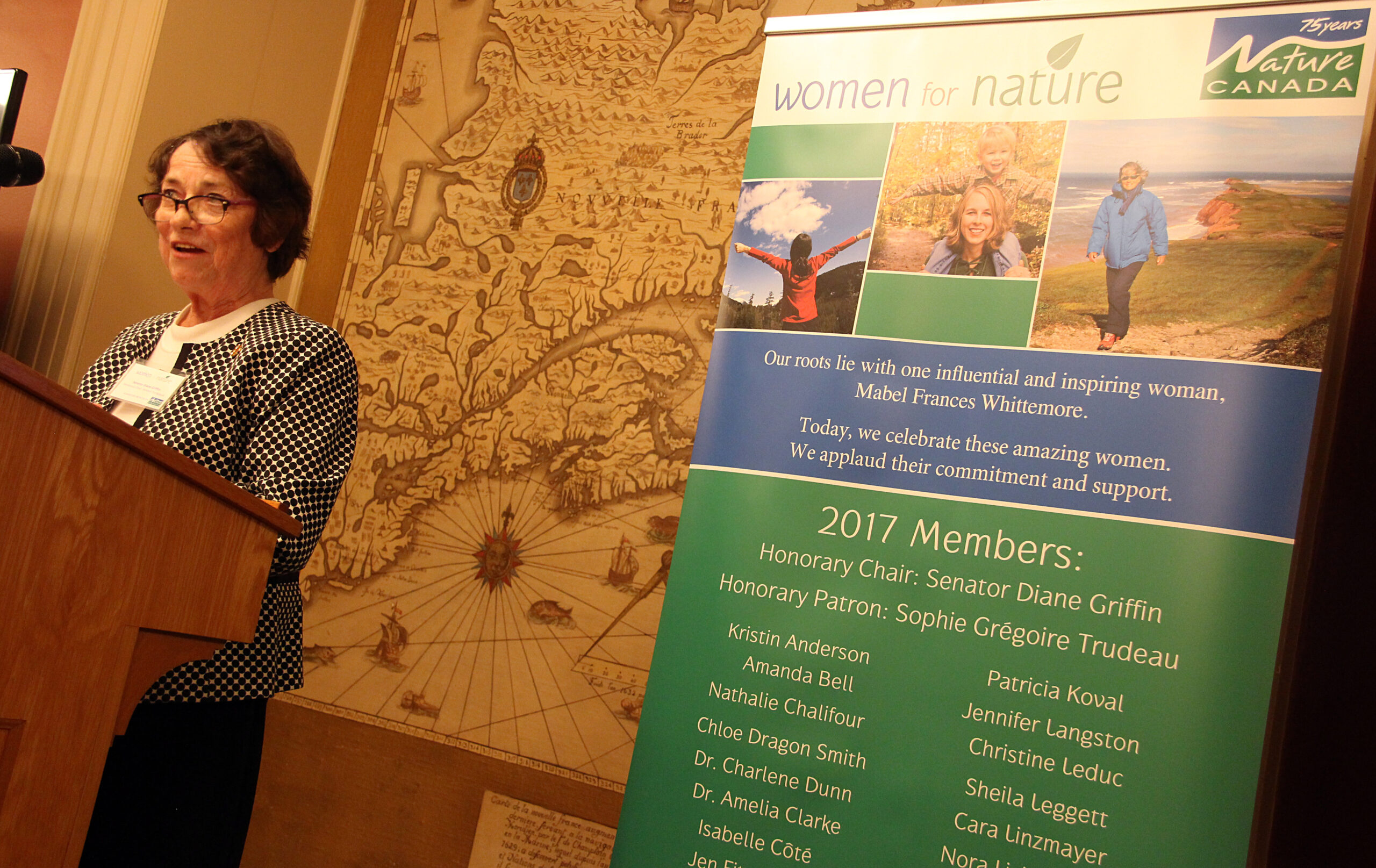 Environment Minister Catherine McKenna, who’s also a member of Women for Nature, made an appearance.

“My happy place is … actually being out in nature,” said McKenna, who’s also responsible for parks and protected areas across the country. 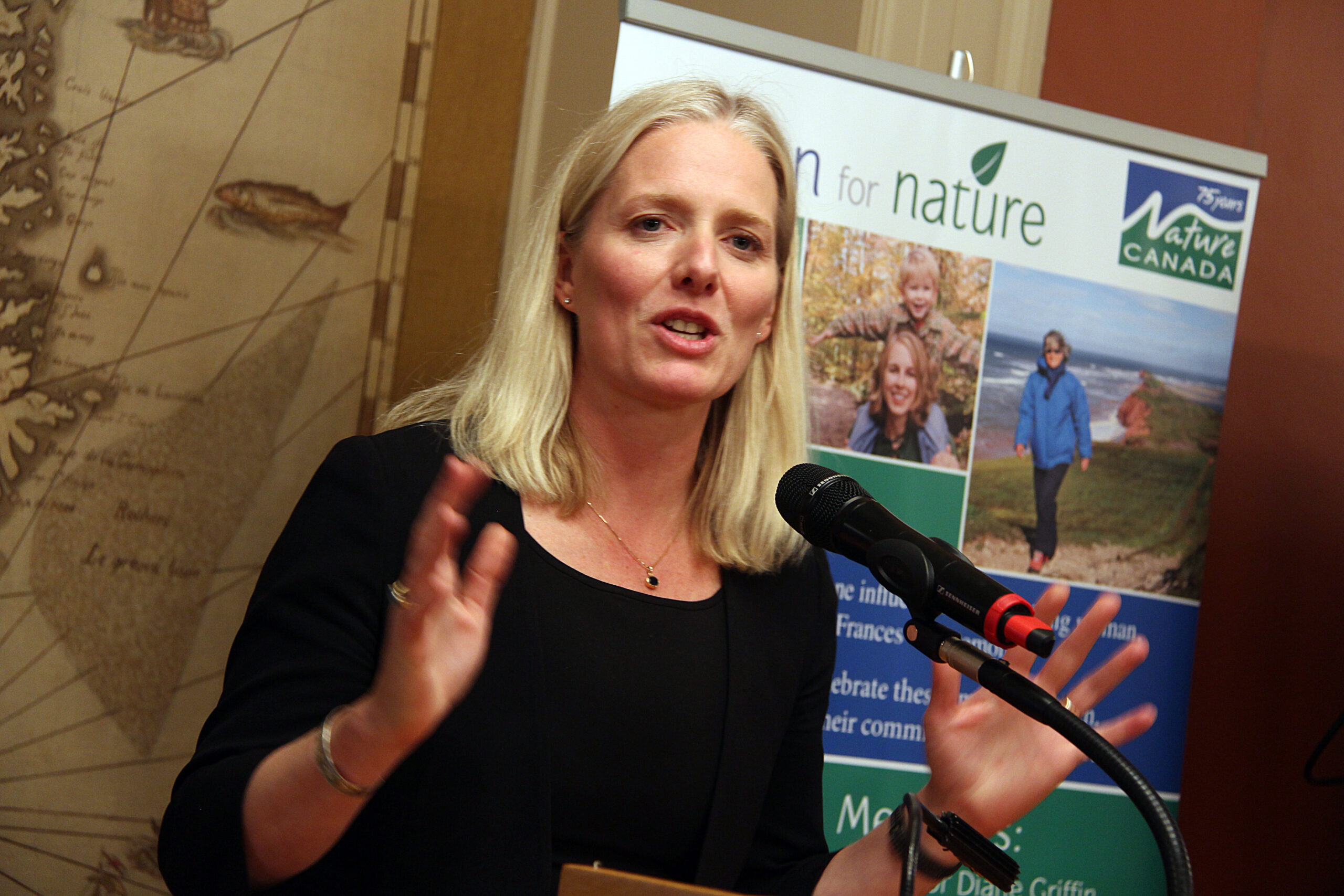 Green Party leader Elizabeth May attended. So did Senator Nancy Greene Raine and Sheefra Brisbin, president of Greenbridge Consulting and board vice-chair with Nature Canada.

Guests included Deneen Perrin from the Fairmont Chåteau Laurier. It was the host venue for the fabulous inaugural Nature Ball that the organization hosted last year, featuring Canada’s own Margaret Atwood, who’s a member, and Chantal Kreviazuk. 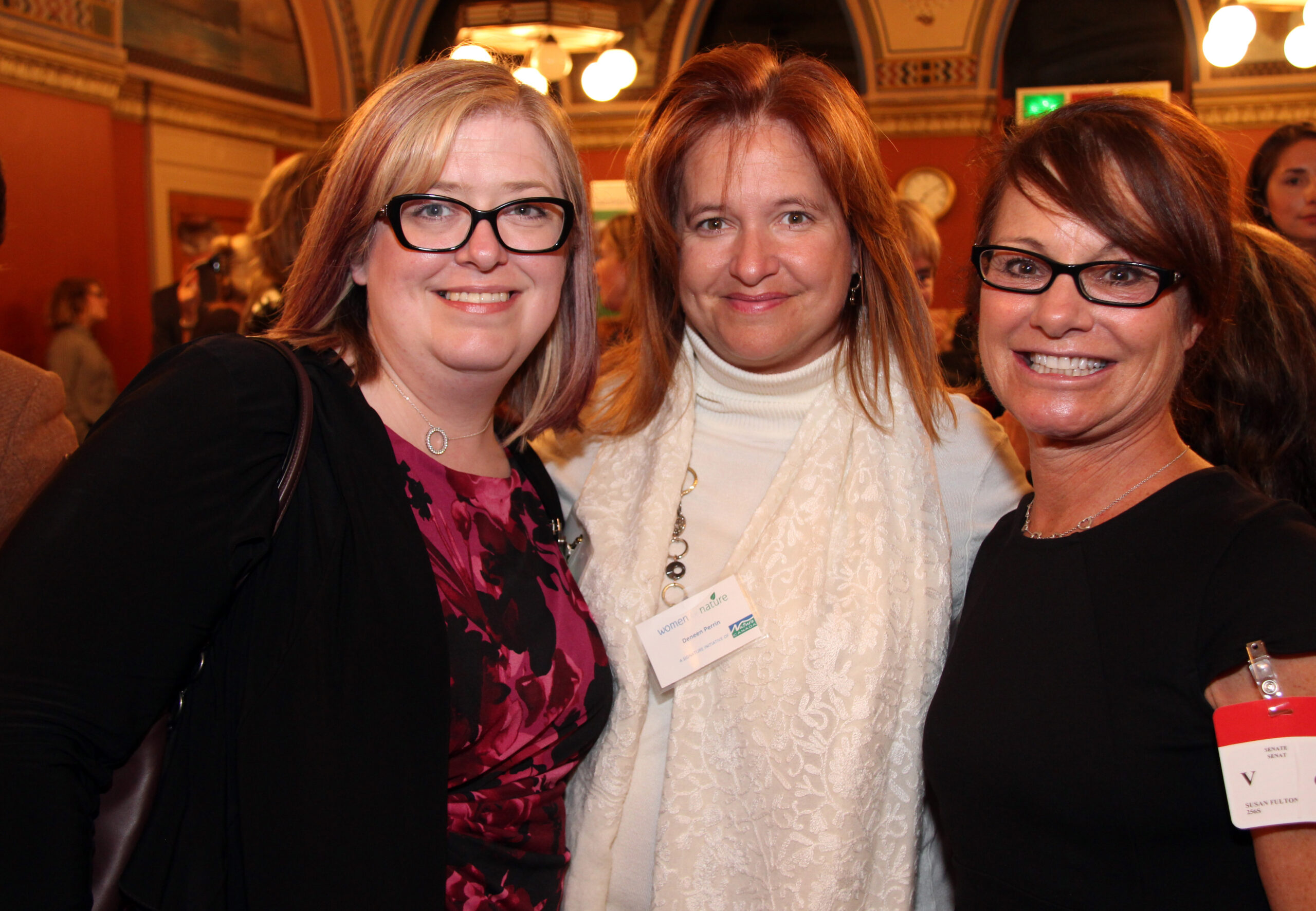 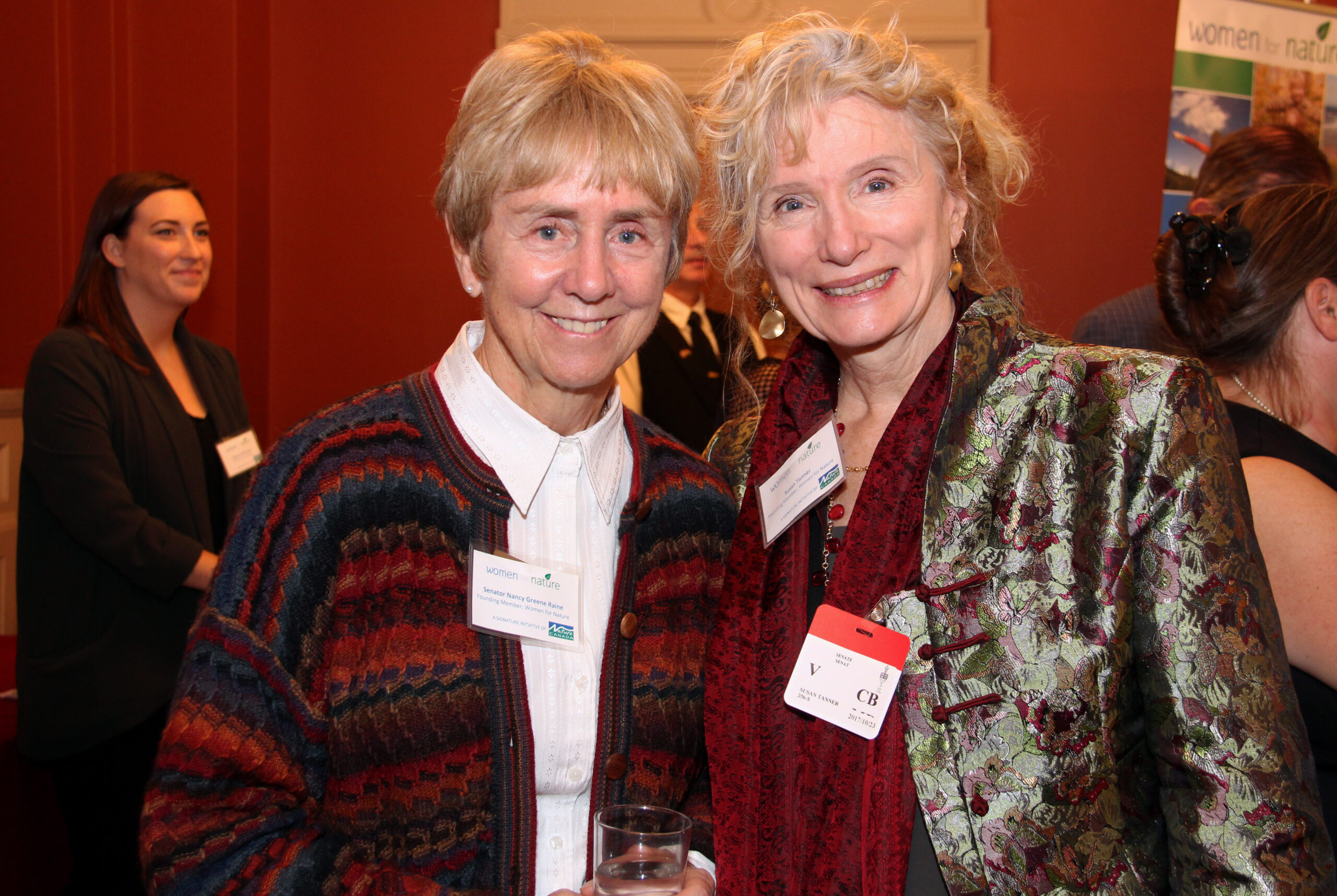 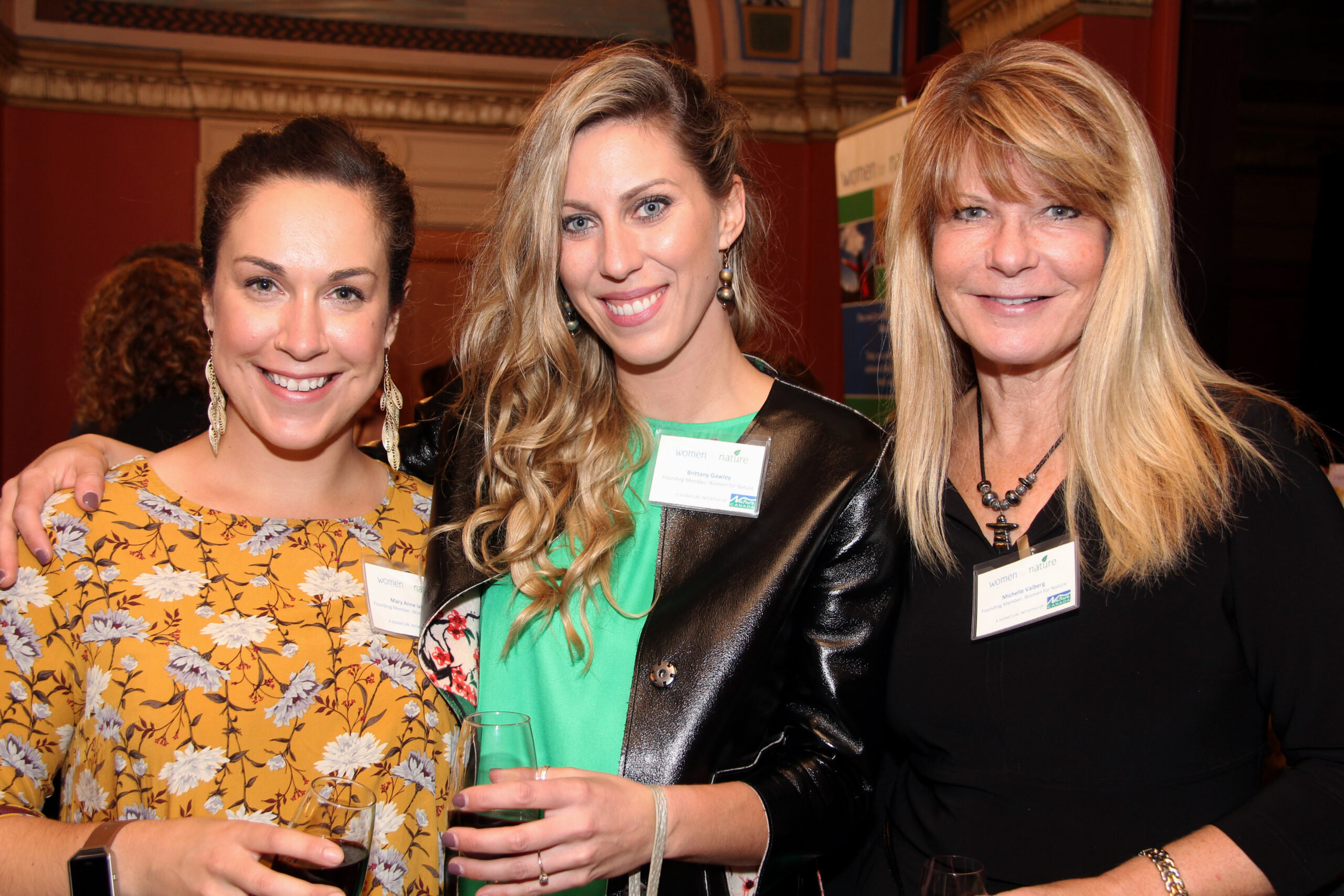 On hand was Graham Saul, the new executive director of Nature Canada. He spoke about the organization’s advocacy work and national programs, such as NatureHood, which familiarizes people with the nature found in their own neighbourhoods.

“We think it’s very important that we begin to address the disconnect that exists in our world between an urban lifestyle and nature,” said Saul. “We want to work continuously to make sure that young people and everyone have access to nature.” 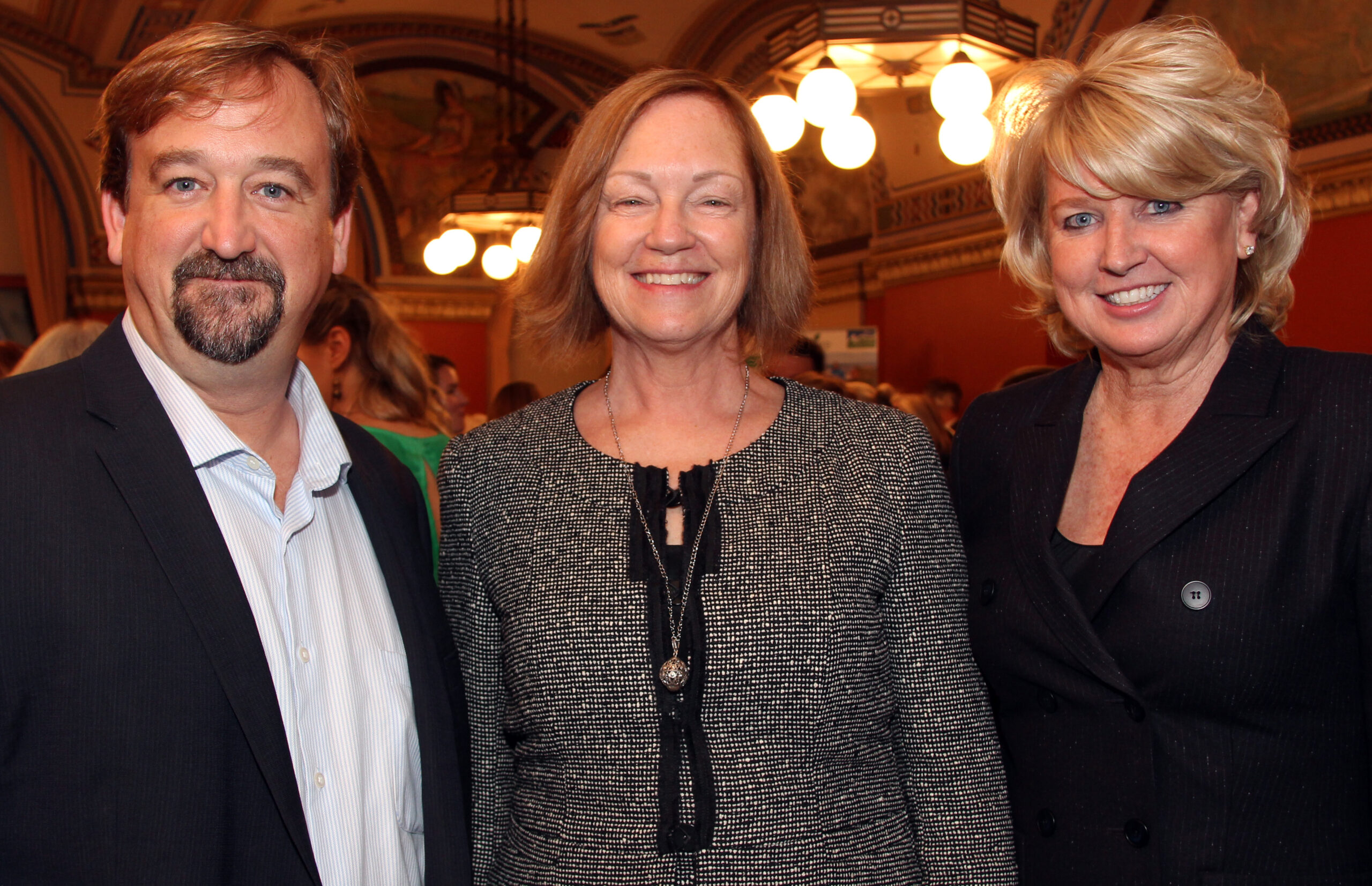 Attendees could pose for “selfies” with Celeste, the great horned owl. She was a hit with the crowd, even though she squawked during speeches and resorted to every owl’s favourite party trick: turning her head around when she was supposed to be looking at the camera. 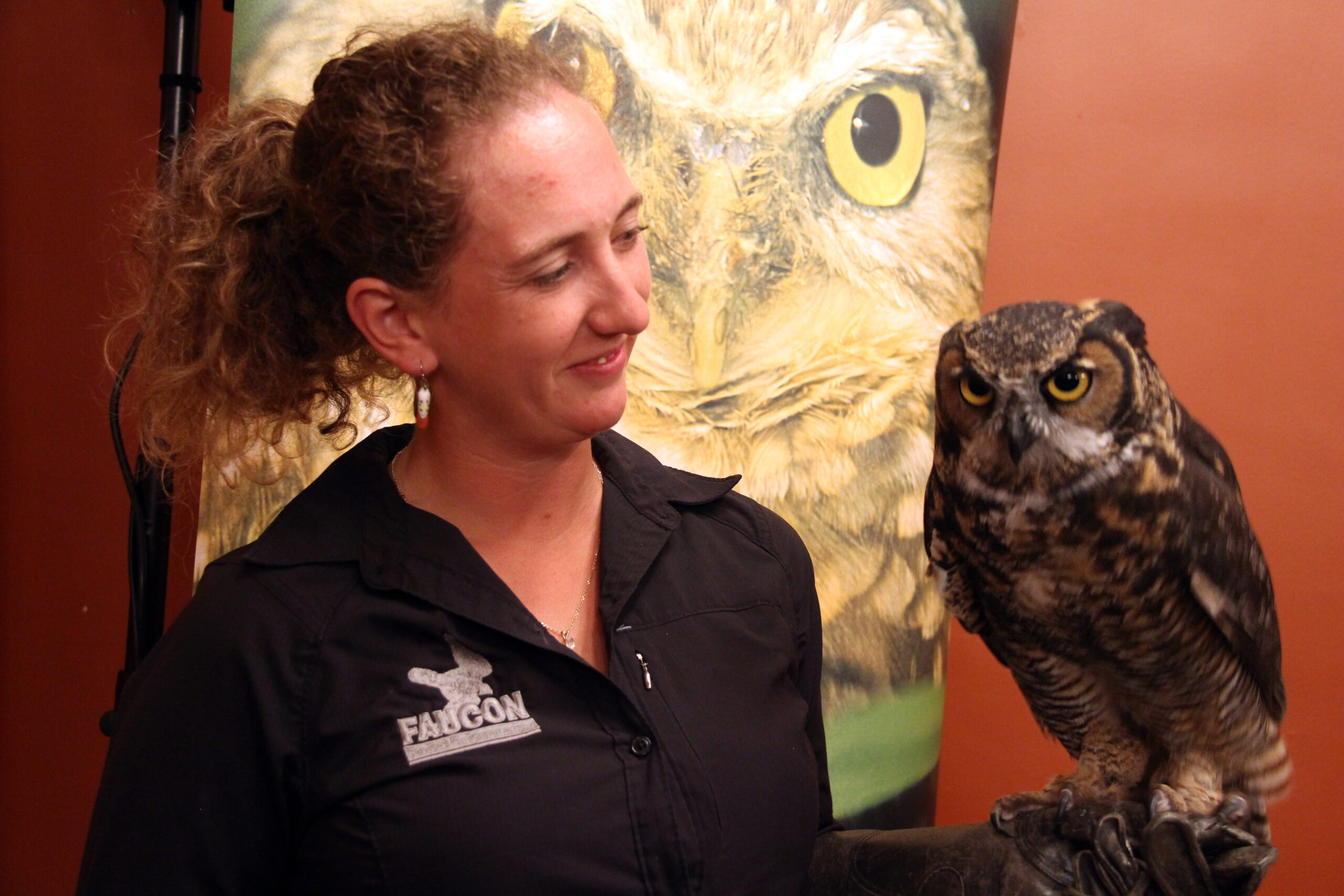