Martello Technologies’ ongoing bid to phase out older software platforms and shift resources to its next generation of products continued to eat into its revenues in the second quarter.

The Kanata-based firm that makes wireless network troubleshooting software reported sales of $3.8 million in the three-month period ending Sept. 30, down 13 per cent from $4.4 million a year earlier.

The decline comes as Martello ramps up efforts to wean existing customers off its legacy products in favour of its new Vantage DX platform aimed at Microsoft Teams and 365 customers. 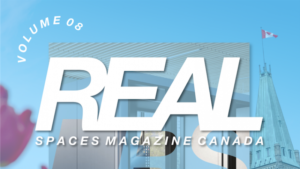 Top tips for redesigning, subleasing or refreshing your office

In the eighth volume of Real Spaces Magazine, Real Strategy explores insights coming out of the first quarter of 2022 with respect to Ottawa and Gatineau’s office market. 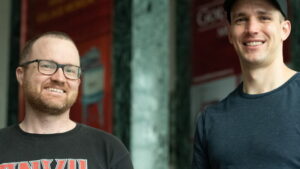 Today, the 30-person team is expanding, landing major deals as a prime contractor with several large defence organizations in Canada and the U.S.

While the firm brought in $240,000 from its Vantage sales channel in the third quarter, up 56 per cent from the previous quarter, those gains were offset by a drop of $400,000 in sales from its sunsetting legacy products.

Martello’s monthly recurring revenues also took a hit as subscription, maintenance and support revenues from those soon-to-be-phased-out platforms continued to shrink. The firm posted MRR of $1.26 million in the quarter, down from $1.44 million in the second quarter last year.

Still, the company said it’s seeing steady growth in its Vantage channel as more new customers sign on and existing clients switch to the new platform.

Martello said 473,000 users were subscribed to Vantage DX as of the end of September, a 33 per cent increase from three months earlier and a 117 per cent jump from the end of its fiscal 2022 fourth quarter in March.

At the same time, however, the total number of Microsoft users on all of the firm’s products tumbled to 2.2 million from 2.9 million a year earlier, a drop Martello attributed to the “offboarding” of a sunsetting legacy partner.

“The company is focused on driving Microsoft user growth through sales of Vantage DX to new customers and the transition of Microsoft-focused legacy product customers onto the newer Vantage DX platform,” Martello said in a statement on Wednesday.

The company managed to trim its operating expenses by nine per cent year-over-year to $4.69 million through cost-cutting measures that included laying off 15 per cent of its workforce in August. But its net loss of $2.42 million was 41 percent higher than a year earlier, which Martello said was mainly due to declining revenues and unfavourable currency conversion rates.

While Martello started out serving mainly Mitel customers, the Microsoft sales channel has quickly gained ground as the number of Teams users has soared during the pandemic.

CEO John Proctor conceded the last few quarters have been bumpy as Martello goes all in on Vantage. But he said the shift is poised to pay long-term dividends as more deals close and unifying the firm’s technology into a single platform creates operational efficiencies.

“While the continued and expected sunsetting of certain legacy product revenue has offset the growth in revenue from Microsoft Teams monitoring and optimization, I am confident that our integration with Microsoft and accelerating sales programs with Orange Business Services, Datacom and other partners will continue to drive Vantage DX growth alongside our direct business,” Proctor said in a statement.

“I’m pleased that a number of Mitel partners are also engaged with us to bring Vantage DX to their customers, to manage Mitel and Microsoft Teams performance and user experience.”

Martello was trading at two and a half cents on the TSX Venture Exchange Wednesday afternoon, down a half-cent on the day. Its stock has dropped six cents since the start of 2022 and is down significantly from its 52-week high of 11 cents set last November.