More than two years after watching his business go up in smoke, award-winning Ottawa chef Joe Thottungal was celebrating the grand reopening of Coconut Lagoon over the weekend.

He invited guests to check out his brand new digs and to taste his popular South Indian dishes, inspired by his native Keralan cuisine.

“Wow,” United Way East Ontario president and CEO Michael Allen was heard saying after first stepping into the new restaurant at 853 St. Laurent Blvd, near McArthur Avenue. “What a difference.”

Thottungal was feeling happy and relaxed as he greeted dozens of customers Saturday in what would be the first of two celebrations. The restaurant officially reopens Wednesday.

The businessman told OBJ.social he was sorry he couldn’t invite even more people for some drinks and bites but that he plans to make it up to them. “When they come in, I will take care of them, no problem.”

The new Coconut Lagoon has a few new features, including a wine room and fully accessible washroom. It now spans two floors, allowing it to accommodate some 90 customers. “Everything is a little bit bigger, nicer,” he said.

Working hard behind the scenes was his team of cooks, including right-hand man Rajesh Gopi, who’s been with him since Coconut Lagoon’s humble beginnings in 2004. 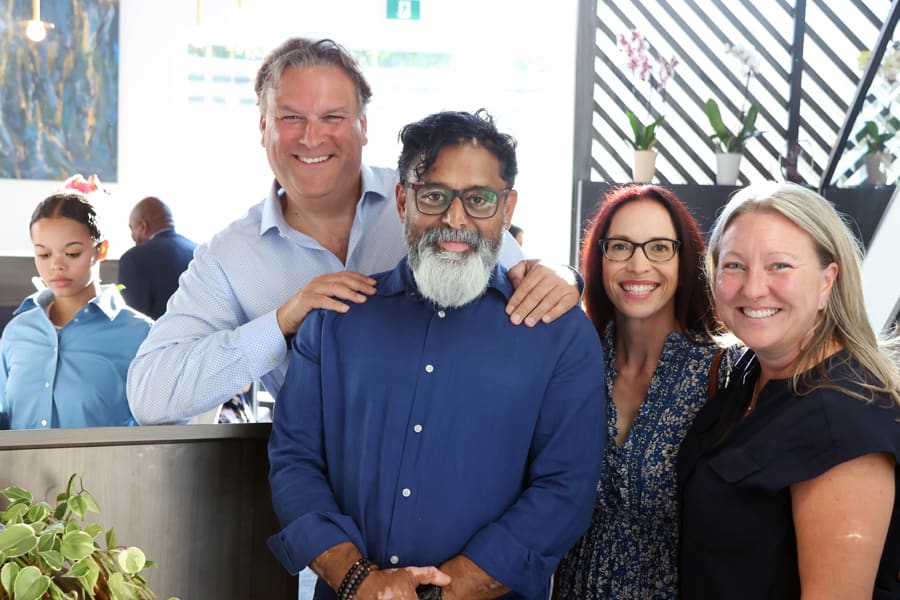 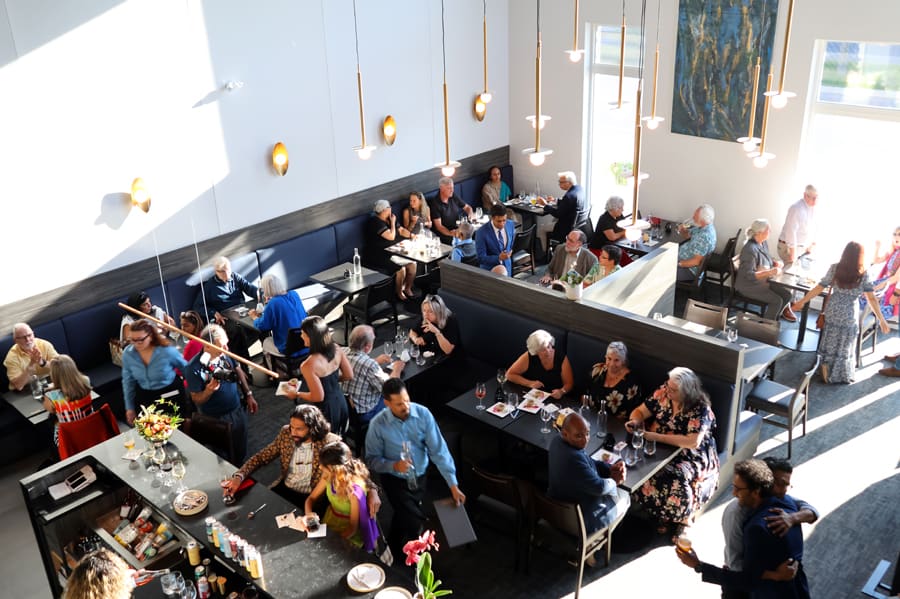 Rideau-Rockcliffe Coun. Rawlson King told OBJ.social how pleased he was to see Coconut Lagoon back in action.

“We need these types of investments in Rideau-Rockcliffe, as far as I’m concerned,” said Rawlson. “Small businesses really are the engine of our economy.”

He also praised Thottungal for his philanthropy. At the height of the pandemic lockdowns, Thottungal helped to create a community kitchen, Food for Thought Ottawa. It’s been working with its partner organizations to serve hundreds of thousands of hot and healthy meals to families, seniors and individuals living in low-income neighbourhoods.

“He is a gift to our community,” Mona Fortier, president of the Treasury Board and MP for Ottawa-Vanier, said of Thottungal.

Fortier had been dropping into Thottungal’s other restaurant, Thali, located downtown on O’Connor Street, while Coconut Lagoon was out of commission.

Rajasekaran got the idea after being unable to find any such camps to enroll his own daughter in. Registration filled up right away, he noted.

Dudas happens to live in the same east-end neighbourhood as Thottungal and his wife and children. She considers him to be an inspiration and role model on how to treat others.

“He’s such a good person,” said Dudas of Thottungal and his family. “They never stop. They’re constantly doing things for the community.” 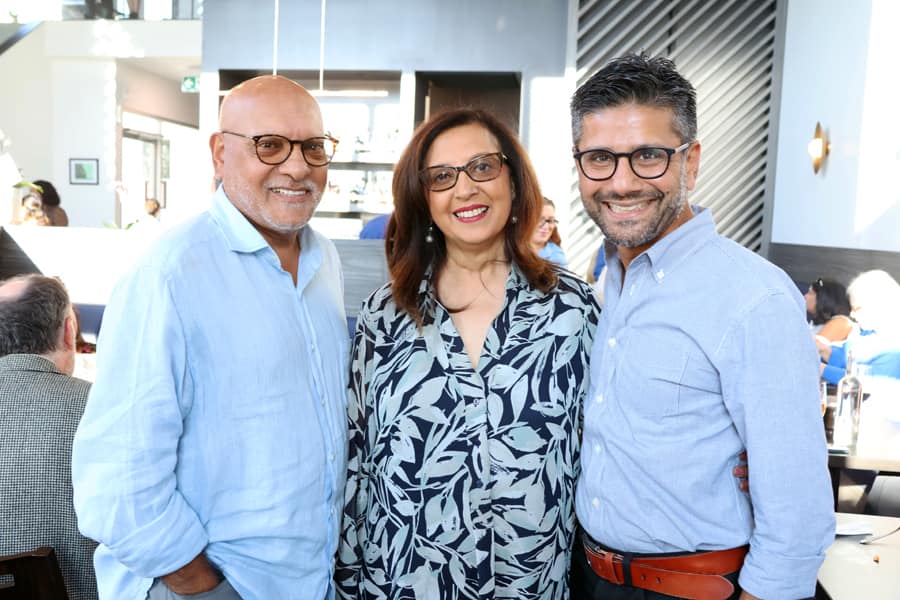 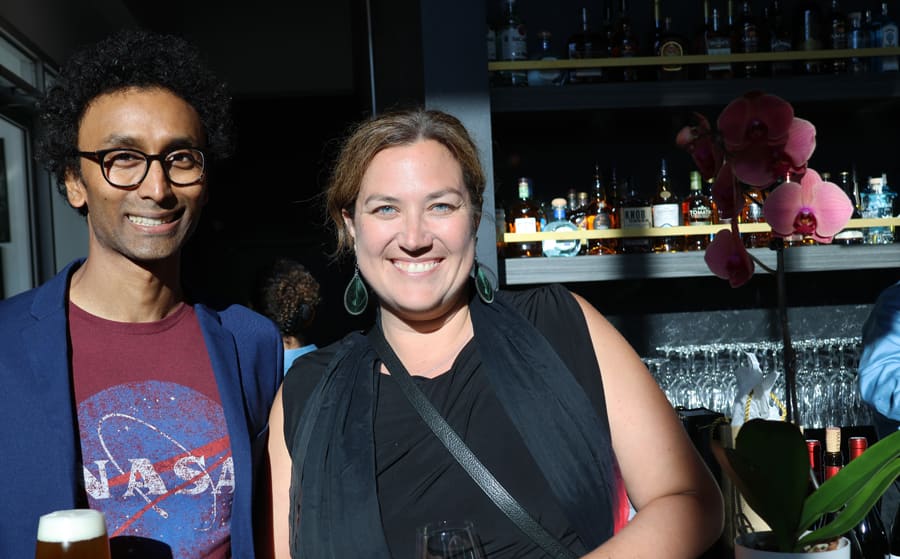 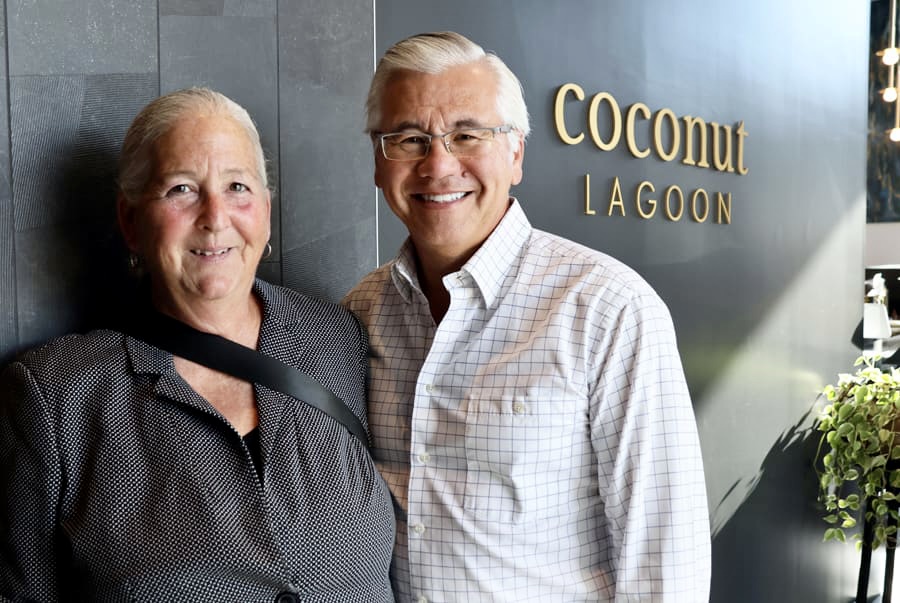 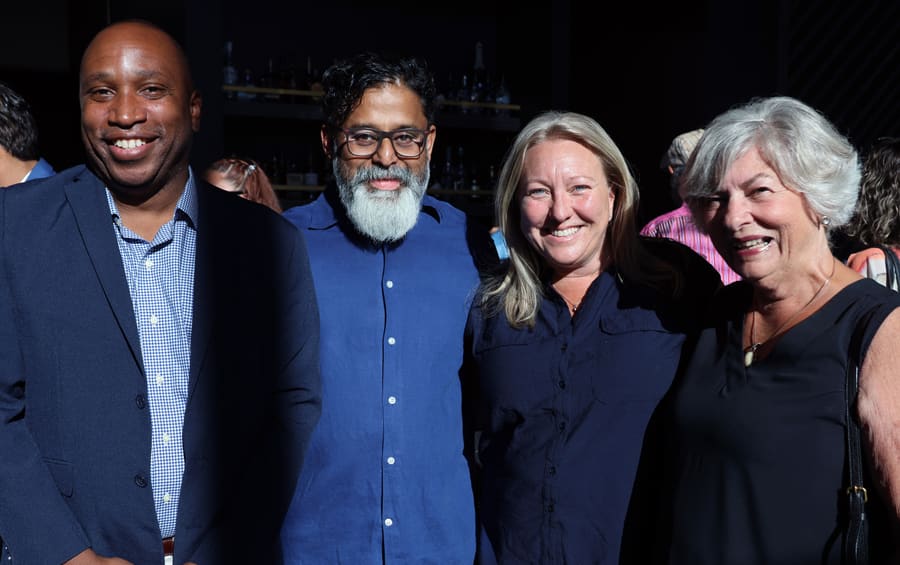 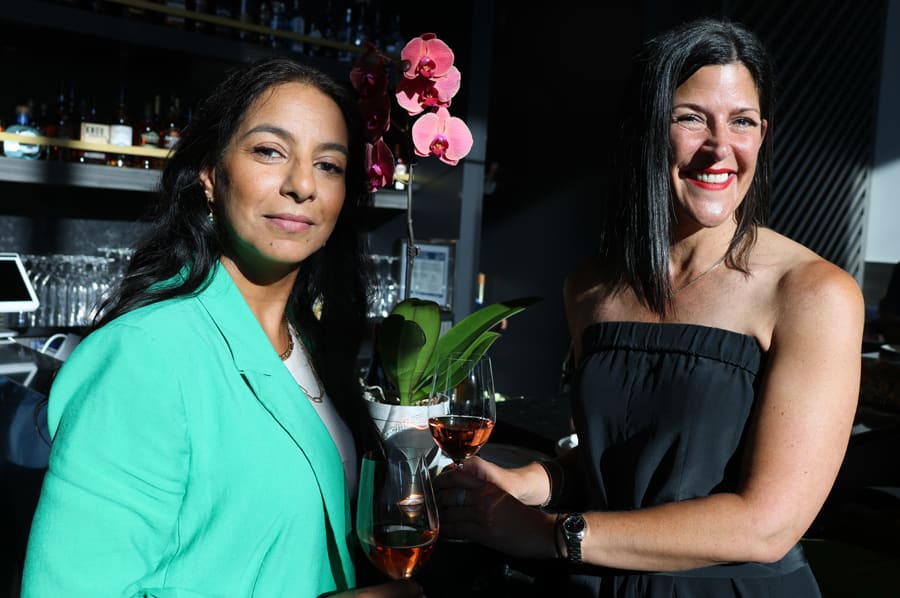 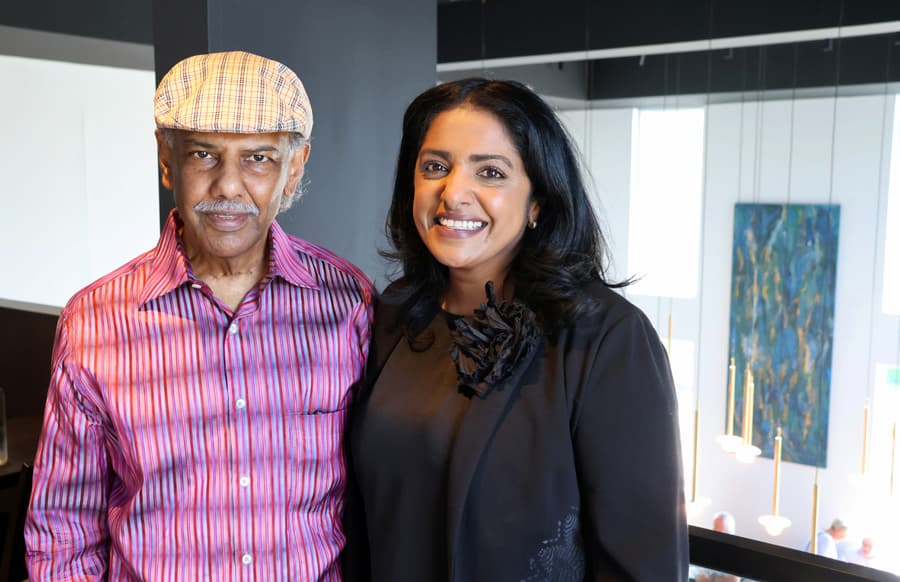 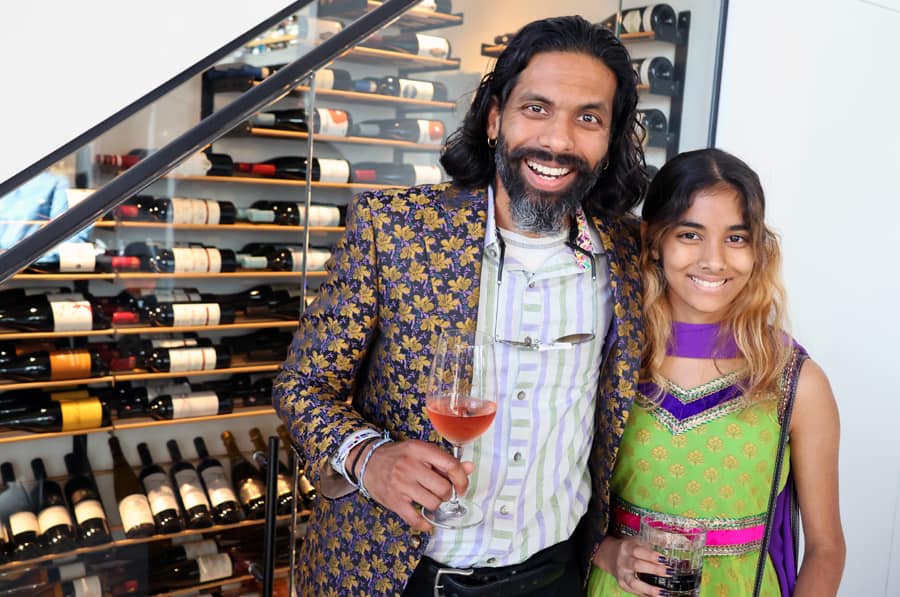 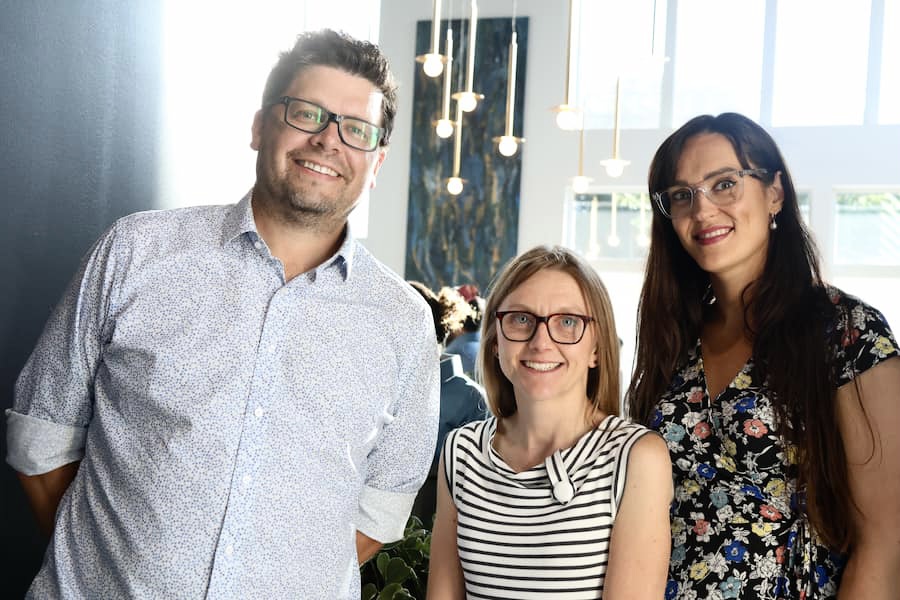 What led to the new and improved Coconut Lagoon started as a nightmare situation for Thottungal. A fire broke out in the original building that housed his restaurant in May 2020, leading to extensive damage.

“Working with Joe was just fantastic,” Koolwine told OBJ.social in the orchid-filled restaurant. “There’s nobody who’s more salt to the earth and a more genuine person. It really was our privilege to be able to work with Joe, somebody who’s so ambitious and forward thinking.”

Not to mention patient. The restaurant completion faced numerous delays due to significant supply chain disruptions and other issues that arose along the way.  “It was really tough,” said Thottungal, who was at the site “pretty much” every day.

The challenge of rebuilding after a fire is all behind him now, though.

Thottungal told OBJ.social that it was important to him that he bring Coconut Lagoon back to life. The restaurant may have toiled in obscurity in the beginning, but it quickly grew to be very successful once word got out about its menu. He can count among his customers Prime Minister Justin Trudeau.

“This is my baby,” Thottungal said of the business that he tended to every day for 16 years. “Without Coconut Lagoon, I am zero. 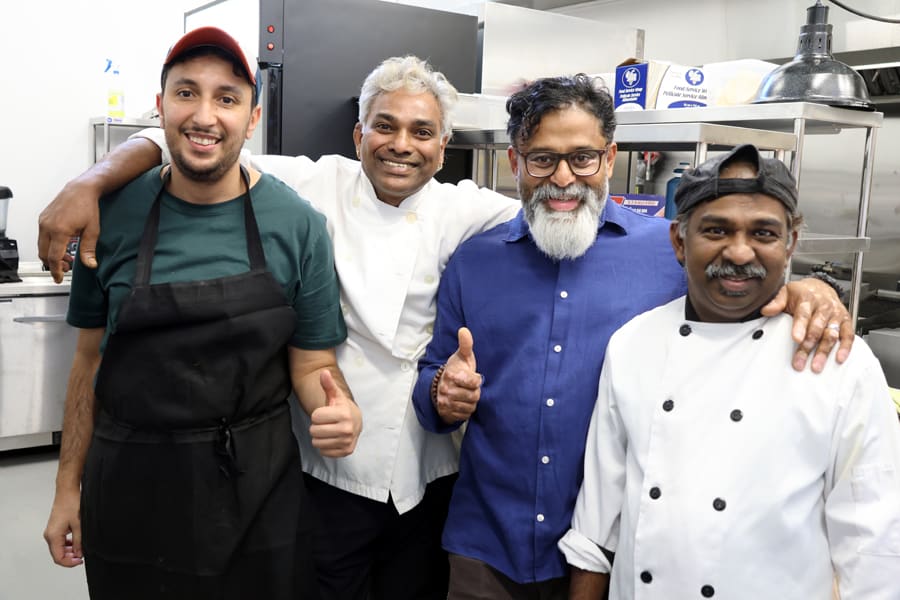 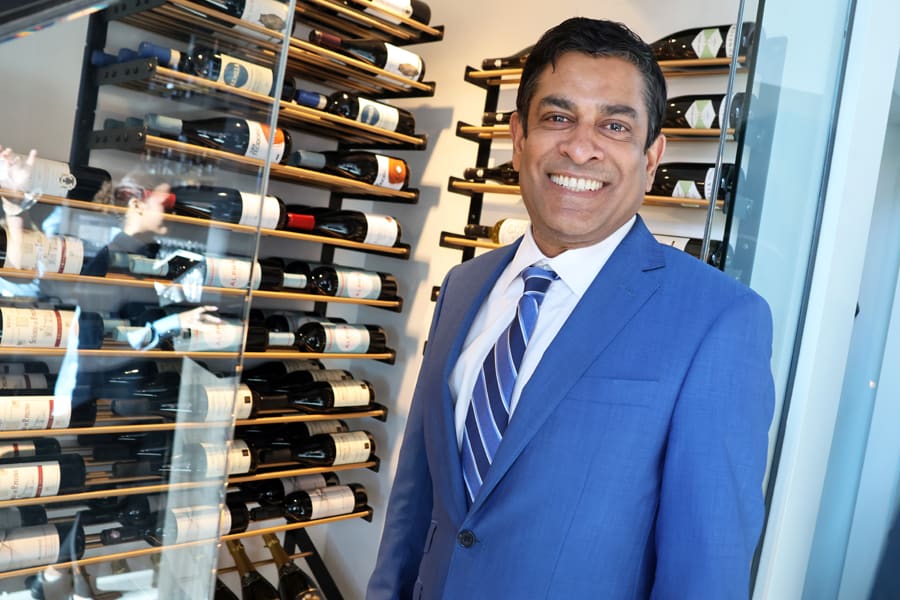 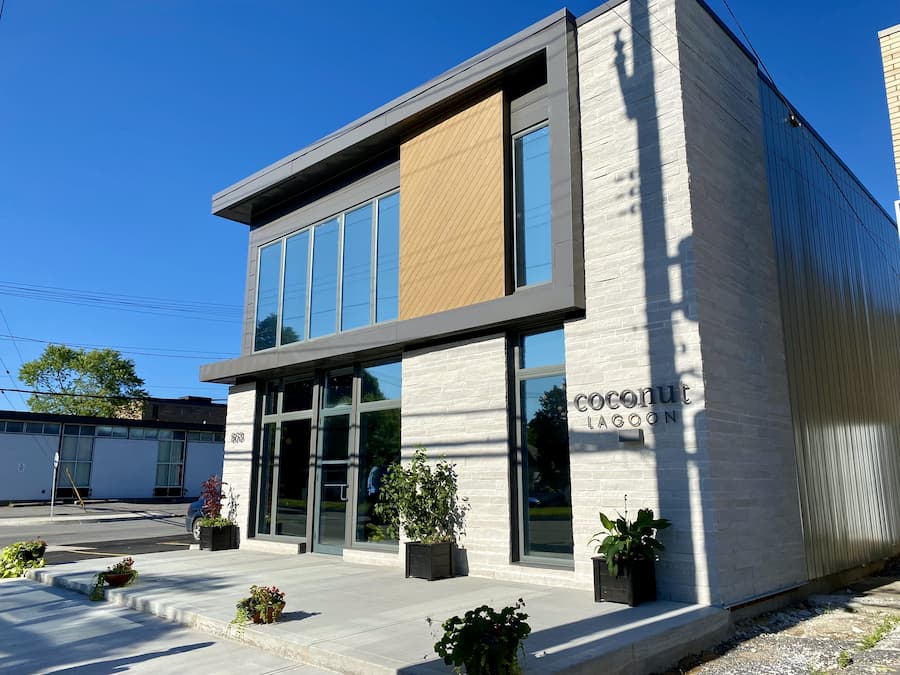