Ottawa now has a state-of-the-art TV production studio to call its own, but the man who built it says the city is still a long way from landing a sound stage that will attract big-budget Hollywood blockbusters to shoot here.

“It’s been 20 years (of lobbying for a sound stage), so call me skeptical,” says Knight, who finally grew tired of waiting and spent $1 million of his own money on a smaller studio for his specialty cooking channel to produce content.

“To build a large infrastructure requires the political will from all three levels of government. If you look at any studio that was built in the last 10 years anywhere in this country, it’s had some sort of public investment in the facility.”

Knight chaired an Invest Ottawa working group that tried to round up money and support for a sound stage several years ago. In 2012, Invest Ottawa selected a Toronto-based firm, Cinescape, to construct a new studio, but negotiations fell apart several months later. City councillors removed funding for the project the following year.

Since then, the campaign for a sound stage in Ottawa has been put on the back burner, and Knight has turned his attention to building Gusto into what he hopes will become a “global brand.”

Meanwhile, the Ottawa Film Office – the city-funded agency that became a stand-alone body in 2017 after years of being under Invest Ottawa’s umbrella – has been busy setting up its own organization and forging closer relationships with Gatineau and other neighbouring municipalities in an effort to become a one-stop shop for producers looking to shoot a film or TV series in the region, film commissioner Bruce Harvey says.

But he says the three-person agency is starting to find its footing, and he’s ready to make securing a sound stage for Ottawa a higher priority.

“Having sound stages to accommodate (big-budget productions) is obviously something that we have to start thinking of in this city,” says Harvey, whose organization promotes the region as a filming destination and helps producers with tasks such as finding locations and securing the appropriate permits from City Hall.

The office, which has an annual budget of about $290,000, recently revamped its board of directors, adding members from a wider range of local industries such as former Ottawa Sports and Entertainment Group CEO Bernie Ashe and Bruce Raganold of accounting firm Welch LLP. The agency is also in “the process of exploring additional funding sources” to help beef up its efforts to promote the capital as a go-to destination for producers, a city spokesperson said.

Board member and prominent Ottawa producer Ken Stewart says he believes the office’s growing business and marketing acumen will help push the industry’s bid for a major sound stage over the top.

“Two years ago if we had this conversation, I wouldn’t be as optimistic as I am today,” says Stewart, an executive producer at Ottawa-based GAPC Entertainment. “I’ll be disappointed if we don’t have (a full-fledged sound stage) inside the next two to three years.”

Film and television producers currently pump about $100 million a year into Ottawa’s economy, according to the film office’s website – a figure that pales in comparison to the more than $1 billion the industry generates annually in Toronto.

The capital’s sweet spot is smaller-budget movies in the $5-million range that don’t require the massive sound stages used to produce Hollywood blockbusters and instead rely on location shooting in the streets and buildings of the community.

“That’s exactly what we’re great at,” says Ottawa-born producer Michael Baker, who relocated his production company, Bunk 11, from Toronto to his hometown eight years ago and has shot more than half a dozen features in the National Capital Region.

“When you get bigger, there tends to be a lot more studio shooting, and because we don’t have a studio, (producers) want to go to other places.”

A Hollywood-calibre facility would likely cost upwards of $10 million but would pay big dividends for the local economy in the long run, Knight argues. 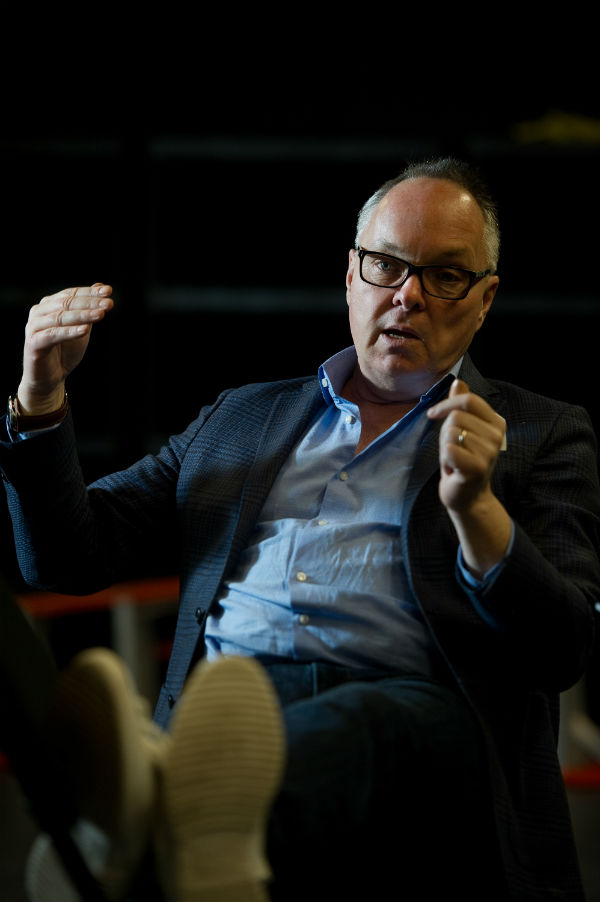 “If a $10-million movie comes to shoot in Ottawa, probably $6 or $7 (million) of that $10-million budget would get spent here, depending whether or not they do their post-production here,” he said in a 2012 interview.

Baker, whose films typically have budgets in the $4-million to $5-million range, says he’s never been deterred from shooting in his hometown even though it lacks a full-fledged sound stage.

“It would be great, but there has to be a business case for it,” he says. “It’s an expensive endeavour.”

Ottawa has an additional hurdle to overcome if it wants to compete with the likes of Toronto and Vancouver for a bigger piece of the industry pie. Even if a stage were in place, the city’s total complement of just a few hundred crew members would be hard-pressed to meet producers’ demands for skilled workers.

“It’s the chicken-and-egg thing,” Knight says. “We have really, really great crew who work for us, but we could certainly use more. But people aren’t going to move here unless there’s work.”

Harvey says Ottawa, which typically hosts a handful of feature film shoots each year, needs to gradually build its talent base in order to make a sound stage a viable endeavour.

“It doesn’t make any sense to be going to the producers of Suicide Squad and trying to convince them to come to Ottawa,” Harvey says. “The crew base that’s required for a show that big is something we don’t have right now. It’s really knowing those incremental steps you can take to start increasing the production here and then to start working on that infrastructure … trying to get sound stages in place.”

Knight says he’ll be more than happy to support another drive to bring a major production facility to Ottawa – as long as the will exists to follow through on that effort.

“People have just got to decide that this is something that they want to do.”