From startups to public companies, these local ventures are primed to break through in the new year

What qualifies a local tech firm as a Techopia company to watch? The feature, regularly a popular one with our audience, isn’t as much about major financing rounds or ambitious startups as you might think.

Take last year’s list, for example. While it did have its share of burgeoning startups and companies swimming in capital, it also featured InGenius Software. After more than 25 years as a bootstrapped business, the Kanata-based telephony software player was primed to take its solution to the next level following a successful pivot a few years earlier. As it turns out, its market fit couldn’t be denied, as InGenius was sold in a $29.4-million deal in October.

Then there’s Clearford Water Systems, which we picked to watch as it attempted to execute on a new strategy to become a full-service water utility. With rising revenues and shrinking losses, the long-standing public company has seen early results on its pivot in 2019.

Others added a new ingredient to the mix that was sure to spice up the business: in the case of Giatec Scientific, that was the addition of venerated Ottawa executive Paul Loucks as CEO. The concrete tech developer would go on to lead local firms on the Globe and Mail’s inaugural list of Canada’s top-growing companies this past year.

Whether it’s a sign of confidence from the market, a recent pivot starting to pay dividends or an innovative idea looking to prove itself on a global scale, each tech firm to watch has something in it that could yield big results in the year ahead.

This year’s picks all have that latent potential in them. While there are no guarantees of success – especially in the volatile tech sector – we’ve identified four local companies you would be wise to keep an eye on as we start the new year. 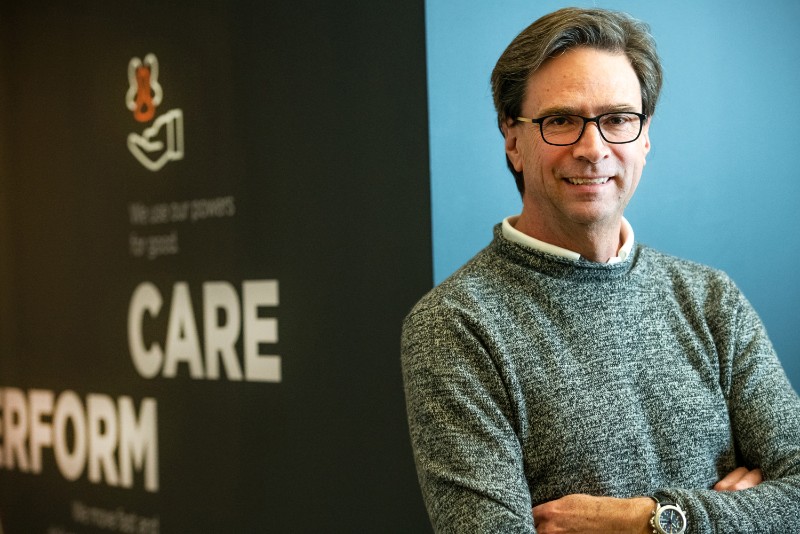 Though ProntoForms was founded in 2001 and went public under its original name, TrueContext, in 2005, CEO Alvaro Pombo traces the company’s biggest market opportunity to a phenomenon that started to emerge a few years later.

When Apple unveiled the first iPhone in 2007 and followed it up with the iPad in 2010, Pombo saw the beginnings of an operating system that could revolutionize field operations for some of the world’s biggest companies.

Before mobile devices, field workers would monitor inventory and perform inspections on pen and paper. As the former CIO of Newbridge Networks watched the enterprise market move towards mobility, Pombo saw an opportunity to help massive companies scale their workflows through customized apps.

“This has happened in history a gazillion times,” Pombo tells Techopia. He compares the mobile revolution to the way Excel sped up thousands of accounting processes for bookkeepers.

ProntoForms was one of the 18 firms recently named to the Gartner Magic Quadrant – the analyst’s regular rankings of the top companies in particular sectors – for low-code applications, putting it in the company of Microsoft and Salesforce.

Pombo says this “low-code” attribute is what delivers so much value to the company’s major clients, a list that includes the likes of Pepsi, Halliburton and Air Canada. The Kanata-based firm’s application lets field workers design and build workflow applications that resemble “forms” for running through a series of tasks. Pombo says ProntoForms gives these companies an accessible yet high-tech solution to manage these workflows, rather than burden an already overwhelmed IT department with coding a custom app.

As the tech industry faces an increasingly tight market for software developer talent, low-code platforms can be the difference-maker in efficiency in the field.

“This is a huge, huge change in the marketplace, where low-code platforms are being used to democratize IT, because IT cannot scale anymore,” Pombo says.

To address this market opportunity, ProntoForms has been growing rapidly. The company added roughly 40 employees in 2019 to bring its total headcount to 140, with plans to add another 40 to its Kanata-based operations in 2020.

The firm’s software-as-a-service platform brought in $3.5 million in recurring revenues in its most recent quarter, an increase of 26 per cent year-over-year. If ProntoForms is able to expand its business with existing customers, 2020 could be a record year for the company as it steers towards two decades in business. 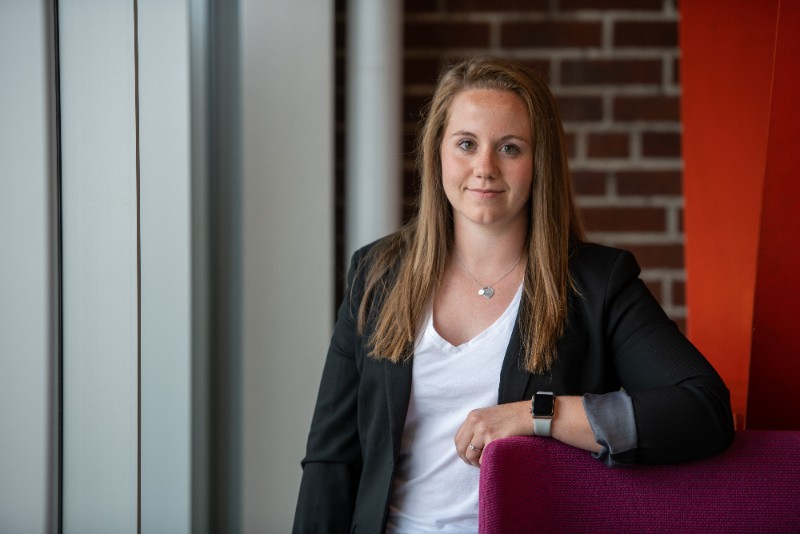 Welbi has been a well-known name for years in Ottawa. The health-tech startup launched back in 2016 to bring emerging wearable technologies to older adults. The original idea was to match Fitbits and similar fitness monitors with seniors to track activity levels, alerting caretakers and family members if there’s been a sudden problem or a period of extended downtime.

Welbi CEO Elizabeth Audette-Bourdeau says that while many people loved the idea, the business model hit a number of snags in execution. Older adults often either wouldn’t wear or wouldn’t charge their devices, she tells Techopia, and the average age of Welbi’s users was between 45 and 55 – well below the startup’s target demographic.

Welbi found its path forward through the Revera Innovators in Aging program. The corporate innovation program let Welbi pilot a new solution in the company’s retirement residences; the new platform offers a digital calendar that can help administrators in retirement homes to track and collect data on residents’ attendance, giving them feedback on how to better engage individuals suffering in isolation. The added benefit is a reduction of caretakers’ administrative burdens, bringing classic paper note-taking off the shelf and into the digital era.

Welbi’s new solution will be running in 265 homes at the start of 2020, and Audette-Bourdeau says she expects to sign up roughly 500 by year’s end. The initial feedback on the pivot has been overwhelmingly positive, she says.

“Our users have actually said that they would not be able to do their jobs without Welbi now, and that they would literally quit if someone was to remove Welbi. That means we’re really having an impact.”

Welbi was one of three qualifying companies at Ottawa’s regional SoGal pitch competition for diverse founders in late 2019. As a result, Audette-Bourdeau will head to Silicon Valley in February to pitch in the global finals, where she’ll look to land funding and other support from the organization. 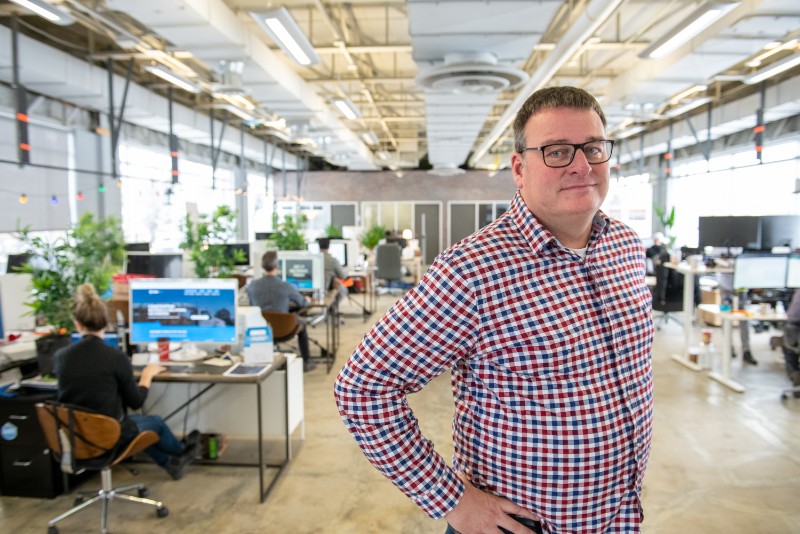 Elsewhere in pitchfest news, construction materials delivery app GoFor made a splash in 2019 when it won the AccelerateOTT pitch competition, taking home a $500,000 investment from Panache Ventures and Capital Angel Network.

The panel of judges at Ottawa’s annual entrepreneurship conference saw a market opportunity in GoFor’s platform, which taps a fleet of on-demand drivers to enable suppliers to fill last-minute orders from contractors. The burgeoning startup works with the likes of Sherwin Williams, Home Depot and PPG to make sure that when a customer places an order, the supplier has the capacity to deliver.

CEO Brad Rollo says the ability to say yes to one more order on a given day, even when a supplier’s own delivery fleet is at full capacity, means the difference between making the sale or losing a customer to a competitor that can make the delivery faster.

While one or two sales a day might not seem like much to an outsider, Rollo, who ran his own construction company for years before launching GoFor, says maintaining a base professional contractors and builders is the secret sauce for many of his customers. Home Depot, for example, reports that this “pro” segment contributes more than 40 per cent of its sales, despite making up roughly four per cent of its customer base.

“So if you can drive 1% growth in pro customer base – wow. It translates into billions of dollars.”​

“So if you can drive one per cent growth in pro customer base – wow. It translates into billions of dollars,” Rollo says.

GoFor, which went from 15 employees to 45 over the course of 2019, made some 40,000 deliveries for its clients this past year and aims to make nearly 200,000 in 2020. The company currently operates in Ottawa, the GTA and major cities across western Canada as well as in Charlotte, N.C., and Dallas-Fort Worth.

Rollo says the company has a simple formula for deciding which city is next in its expansion: wherever its roster of tier-one suppliers says they need the most help. The company expects to hit the rest of Canada’s major urban centres and take a sizeable chunk out of the U.S. market in 2020. 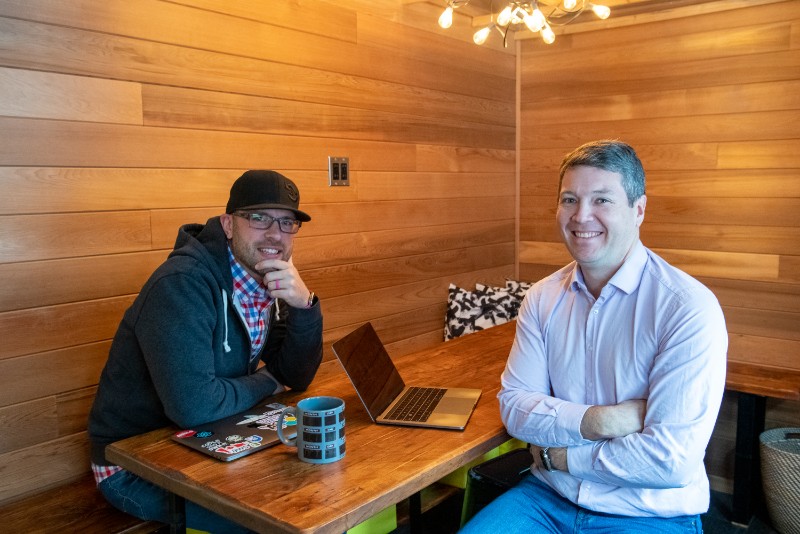 The final pick on this year’s list is a company that prefers to stay under the radar.

Nonetheless, it’s become impossible to ignore Rewind’s momentum heading into 2020. The software firm, which develops a backup solution for e-commerce stores, recently crossed the 10,000 customer mark and graduated from the Invest Ottawa accelerator program in November.

Rewind’s success has in many ways paralleled the rise of Ottawa’s biggest breakout star, Shopify.

Rewind launched in 2015 as a backup platform specifically catering to stores on the Shopify platform. As the Ottawa-based e-commerce giant grows – Shopify cracked the million-merchant mark in 2019 – so too does demand for backing up store data.

“There’s no doubt that aligning with them has been a key pillar of our growth,” says Mike Potter, CEO of Rewind.

Being located in Ottawa has made the relationship with Shopify execs such as COO Harley Finkelstein and the company’s development team “more personal,” adds CTO James Ciesielski.

But tying Rewind’s rise solely to Shopify would be selling the startup short. The company has diversified its offerings to back up stores on the BigCommerce platform and was even named the Texas-based company’s partner of the year in 2019. Beyond e-commerce, Rewind is seeing potential in backing up a range of applications, including accounting software QuickBooks Online and email manager Mailchimp.

With 31 employees now working out of the company’s wood-panelled home on Somerset Street, Potter expects Rewind’s total headcount will rise to roughly 40 by the end of the year.

When asked about fundraising goals or revenue expectations, Potter eschews the glamorous sides of startup life. While the company is looking at doing some debt financing, the firm’s first seed round was a modest one, more intended to test the waters of venture capital to see if the model was a fit.

Potter says he prefers to set “realistic” expectations for the company’s growth – a mindset that doesn’t always align with the audacious world of venture capital. Instead, the company puts its focus on customer acquisition and steadily growing a business that works for its clients and provides a healthy workplace for its employees.

“We don’t scream it from the top of the rooftops, but we’re always just focused on, ‘OK, let’s execute on this business. Let’s keep building a great company in Ottawa,’” he says.